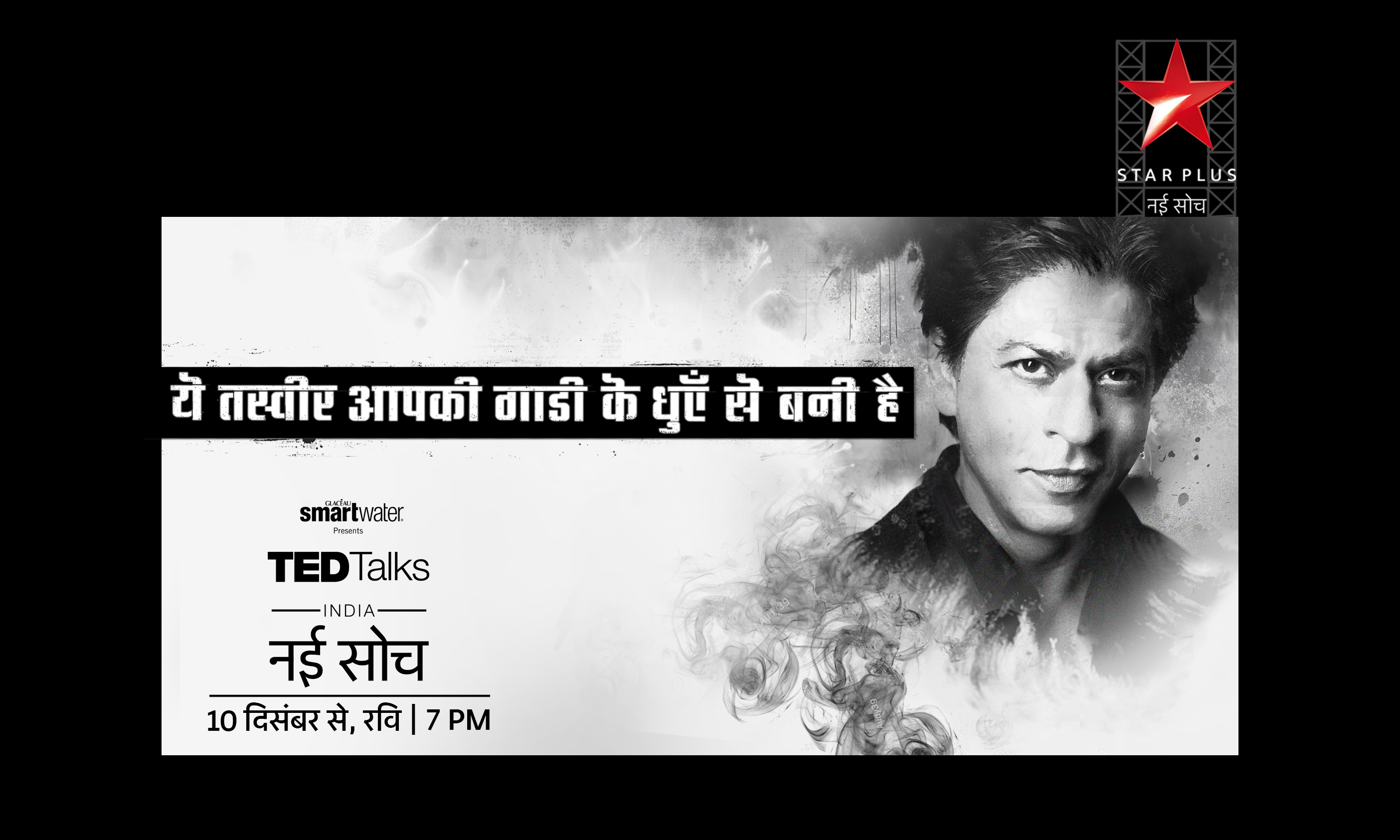 This billboard is showing up in streets around India, and it’s made out of pollution fumes that have been collected and made into ink — ink that’s, in turn, made into an image of TED Talks India: Nayi Soch host Shah Rukh Khan. Tune in on Sunday night, Dec. 10, at 7pm on Star Plus to see what it’s all about.

TED is a global organization with a broad global audience. With our TED Translators program working in more than 100 languages, TEDx events happening every day around the world and so much more, we work hard to present the latest ideas for everyone, regardless of language, location or platform.

Now we’ve embarked on a journey with one of the largest TV networks in the world — and one of the biggest movie stars in the world — to create a Hindi-language TV series and digital series that’s focused on a country at the peak of innovation and technology: India.

Hosted and curated by Shah Rukh Khan, the TV series TED Talks India: Nayi Soch will premiere in India on Star Plus on December 10.

The name of the show, Nayi Soch, literally means ‘new ideas’ — and this kick-off episode seeks to inspire the nation to embrace and cultivate ideas and curiosity. Watch it and discover a program of speakers from India and the world whose ideas might inspire you to some new thinking of your own! For instance — the image on this billboard above is made from the fumes of your car … a very new and surprising idea!

If you’re in India, tune in at 7pm IST on Sunday night, Dec. 10, to watch the premiere episode on Star Plus and five other channels. Then tune in to Star Plus on the next seven Sundays, at the same time, to hear even more great talks on ideas, grouped into themes that will certainly inspire conversations. You can also explore the show on the HotStar app.

On TED.com/india and for TED mobile app users in India, each episode will be conveniently turned into five to seven individual TED Talks, one talk for each speaker on the program. You can watch and share them on their own, or download them as playlists to watch one after another. The talks are given in Hindi, with professional subtitles in Hindi and in English. Almost every talk will feature a short Q&A between the speaker and the host, Shah Rukh Khan, that dives deeper into the ideas shared onstage.

Want to learn more about TED Talks? Check out this playlist that SRK curated just for you. 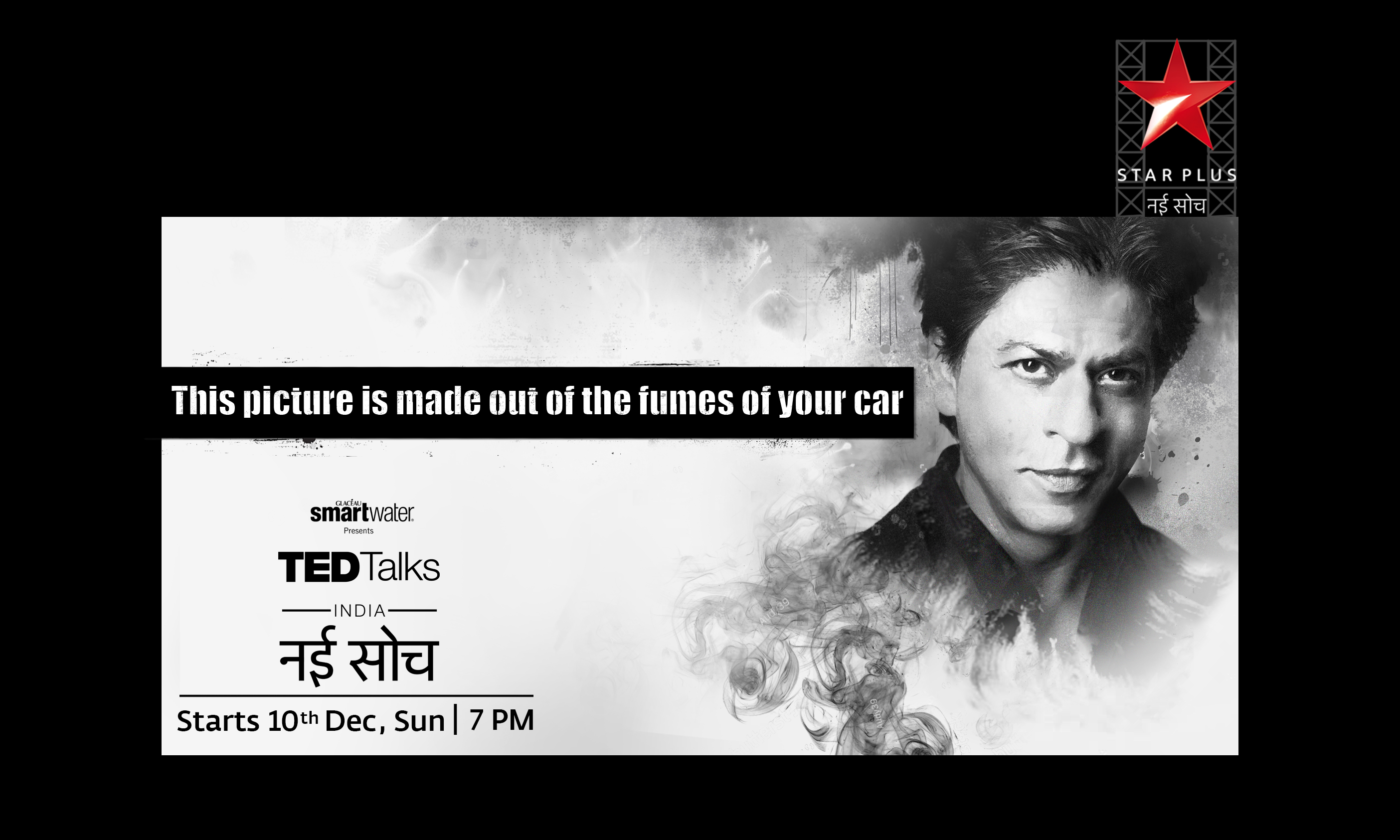