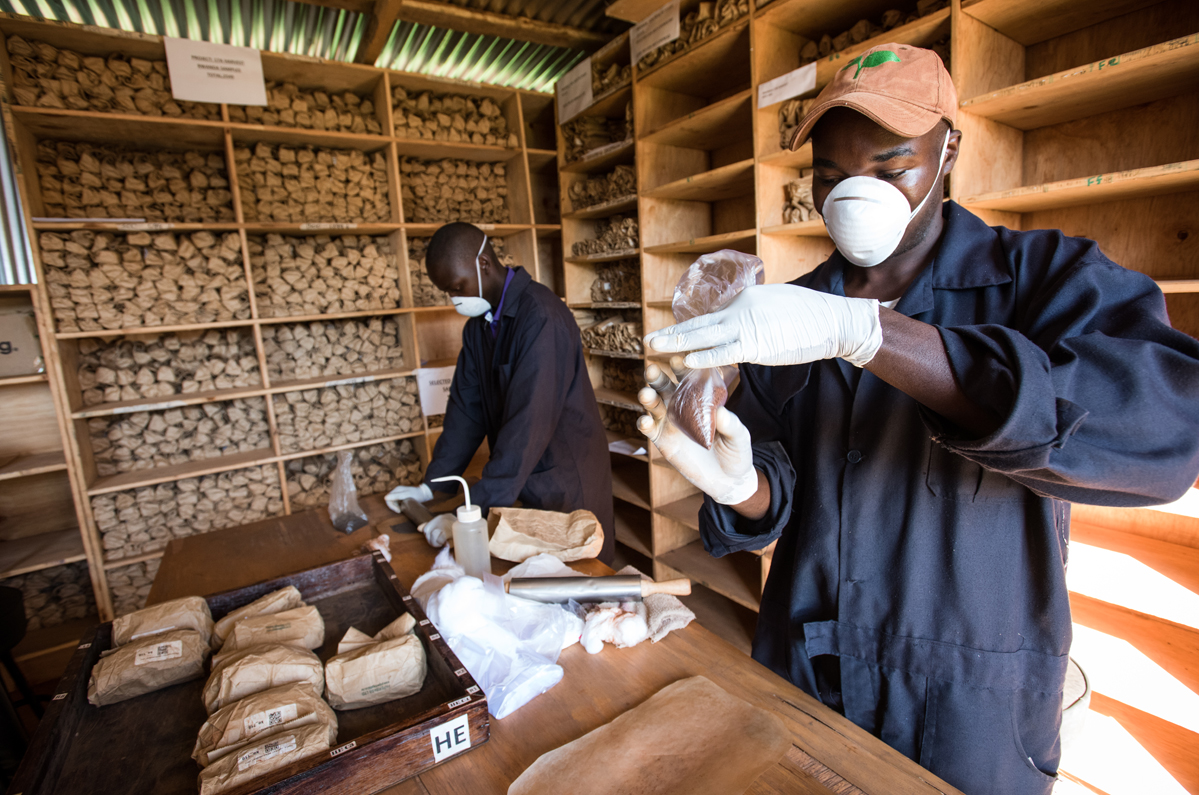 At One Acre Fund’s soil lab in Kenya, soil samples from small farms are analyzed to help the farmers select the right seeds and fertilizer to maximize their yields. Photo: Courtesy of One Acre Fund

Their ideas are big — aimed at impacting millions of lives or creating sweeping global change. Three months after the first project leaders of The Audacious Project stood on the TED stage and shared their ambitious plans, things are already starting to happen. Below, enjoy the latest news.

The drive to end trachoma

When Sightsavers and its partners started working in Ghana in 2000, about 2.8 million people in the country were at risk of contracting trachoma, an ancient disease that eventually causes blindness. But on June 13, 2018, the World Health Organization announced: Ghana has eliminated trachoma. It’s a very big deal, the first country in sub-Saharan Africa to reach this milestone. Caroline Harper and her team expect more countries to follow — their goal is to end trachoma across twelve African countries. Last month’s news, she says, is proof it can be done when a country’s ministry of health teams up with the right coalition of partners.

The launch of The Bail Project

The Bail Project is gaining national momentum — since launching in January 2018, the project has bailed out more than 1,000 people in four US cities. And it recently opened a fifth site in Louisville, Kentucky, where on any given night there are about 2,100 people and fewer than 1,800 beds in the Department of Corrections jail. The department estimates that 77 percent of those being held are there because they can’t afford to pay bail. The Bail Project aims to help as many of them as possible return to their families to await trial. Next up for Robin Steinberg and her team: Detroit, where The Bail Project will work with the Detroit Justice Center to assist residents who can’t otherwise pay their bail bonds.

Most people know The Twilight Zone as a vintage television show. Now, more people are getting to know it as the vast, dark midwater region of the ocean. On World Ocean Day in early June, as TED posted a talk from Heidi Sosik of Woods Hole Oceanographic Institution (WHOI), both The New York Times and Washington Post ran op-eds on why exploring the twilight zone is so critical. Both called for increasing our knowledge of the region before commercial interests can exploit it. WHOI’s far-reaching twilight zone exploration will begin in August. One mission, leaving from Rhode Island, will test DEEP-SEE, a new instrument designed to gather acoustical data and imagery. And a second, leaving from Seattle (funded by both NASA and the National Science Foundation), will study how phytoplankton and other organisms move carbon through the ocean to the twilight zone, making it a critical part of the climate system.

The satellite to curb methane

Last month, Environmental Defense Fund (EDF) released a study showing that US oil and natural gas companies are leaking 60 percent more methane than EPA estimates predicted. About 2.3 percent of overall natural gas output is lost, meaning that companies are essentially leaking $2 billion of their product. But EDF stresses the potential for this to motivate action — in fact, Shell, ExxonMobil and BP have already committed to reduction efforts. At the World Gas Conference, held in Washington D.C. in late June, EDF continued to share this message, showing how the launch of MethaneSAT will help companies and governments take action. During a panel, Fred Krupp said the satellite should be in orbit in three years. And at a booth, EDF demoed a virtual reality experience that showed just how easily methane leaks can be spotted and fixed. With headsets on, Methane CH4llenge users could play hero by stopping multiple leaks. 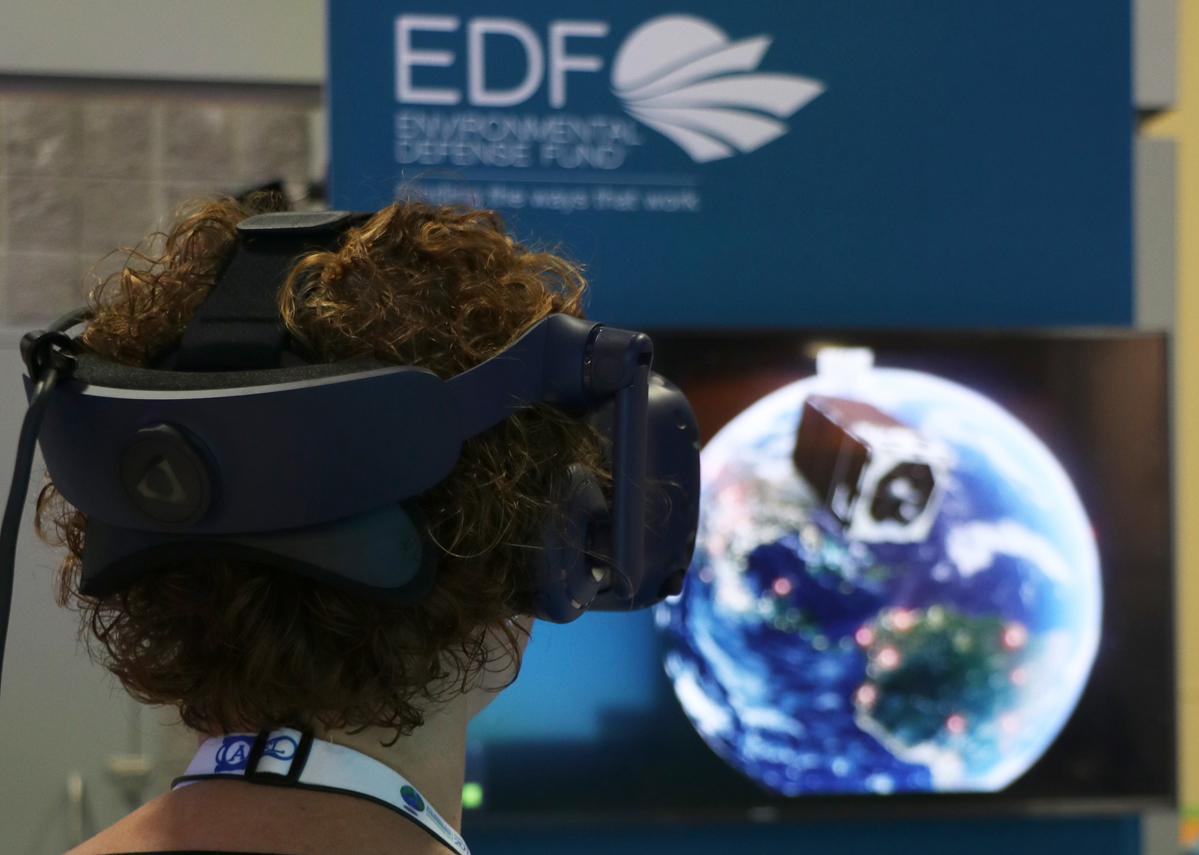 The Woodstock for Black women’s health

T. Morgan Dixon and Vanessa Garrison of GirlTrek are laying the groundwork for next summer’s big event, the Summer of Selma. They’re on a 12-month, 50-city wellness revival that they’re calling the Road to Selma, and they’re making stops all around the country, holding Civil Rights Movement-style teach-ins for Black women. So far, they’ve been to New York, Detroit and New Orleans and are gearing up for stops in Houston, Baltimore and Kansas City. The Summer of Selma festival will be held May 24–27, 2019, and registration is expected to open later in the year.

One Acre Fund is thinking a lot about soil and how optimizing it can help smallholder farmers boost their income and feed their families. On their blog, they gave readers a peek inside their soil analytics lab in Kakamega, Kenya, just as 3,000 samples had arrived from small farms in Rwanda to be analyzed. The goal of the analysis is two-fold: to determine the best kinds of seeds and fertilizer mixes for each farmer, and to collect data for a study on how farming practices affect soil health. This kind of research is helping Andrew Youn and his team scale and improve their overall operations. By the end of the year, they plan to serve 760,000 small-scale farmers, tracking well ahead of their goal of working with one million by 2020. This expansion is key for preventing another global food crisis — and promoting gender equality in a region where a high percentage of farmers are women, yet systems are not designed to help them thrive.