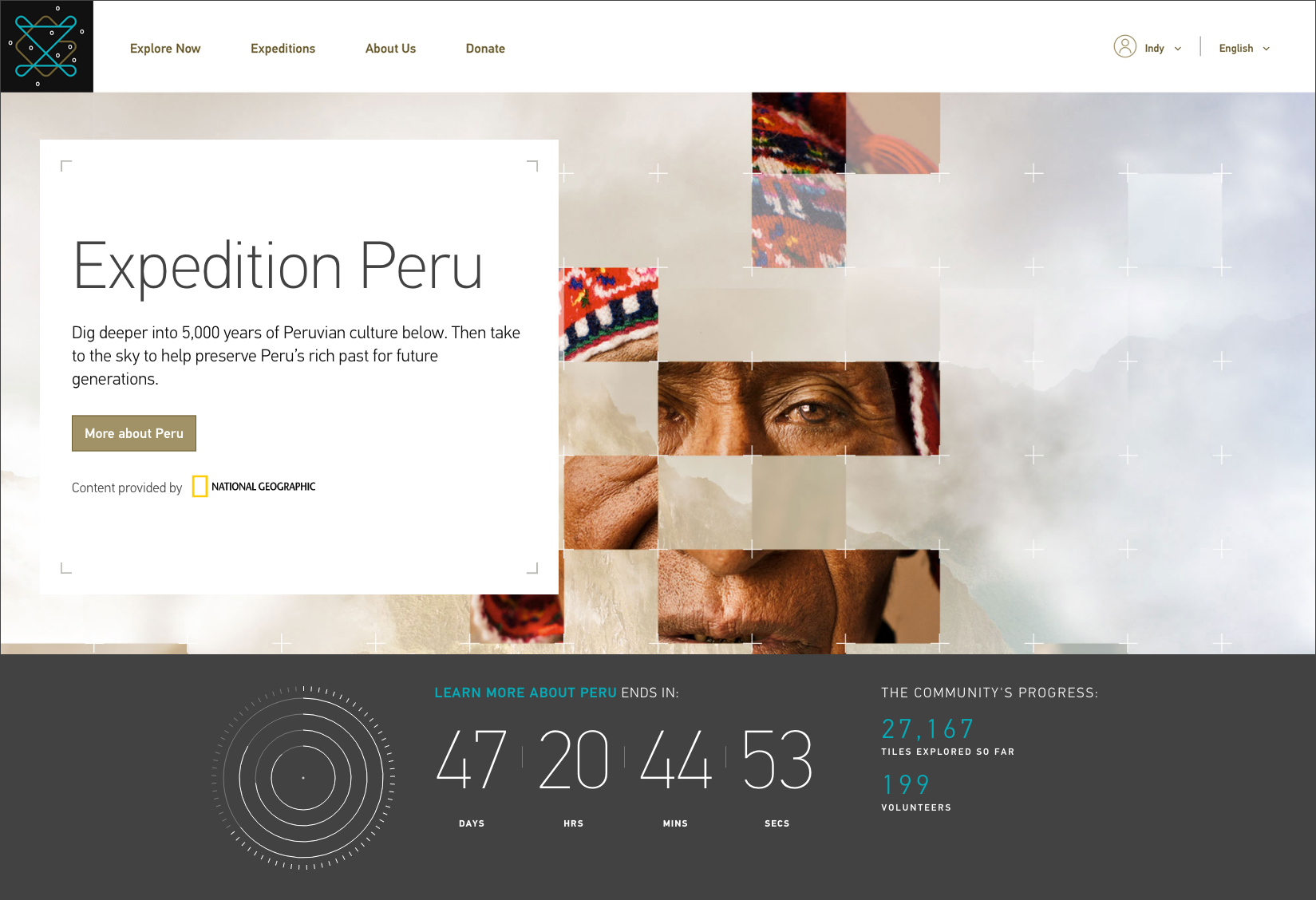 On GlobalXplorer, people around the world will team up to map satellite imagery of Peru. Image: GlobalXplorer

The power of the crowd has helped digitize the world’s books; it maintains the online encyclopedia many of us check by default. The crowd has fueled our understanding of the connections between neurons in the brain and contributed voice samples that will become a simple phone test for Parkinson’s.

Incredible things happen when people around the world team up to work on important tasks. Today, a new one for you: searching satellite imagery to help find and protect ancient sites that modern archaeologists don’t know about.

In today’s TED Talk, Sarah Parcak explains that hundreds of thousands of archaeological sites around the world are vulnerable to looting because archaeologists, and often governments, don’t know about them. The winner of the 2016 TED Prize, Parcak is a pioneer of satellite archaeology, which operates like a “space-based CAT scan.” Her team takes imagery captured by satellites and processes them using techniques that allow them to see patterns in the vegetation and soil that might signal manmade features, hidden from view. Parcak’s work has helped locate 17 potential pyramids and more than 3,000 potential settlements in Egypt, and led to major finds in the Roman and Viking world.

Searching satellite imagery once it’s processed is easy. But Parcak’s team is small. That’s where you come in. With the TED Prize, Parcak has built GlobalXplorer.org, a citizen science platform to crowdsource this work. Launched today, GlobalXplorer’s first campaign will take users to Peru, where they’ll help search 200,000 square kilometers of satellite imagery, from the highlands around Machu Picchu to the deserts around the Nazca Lines.

“We’re the generation with all the tools and all the technology to stop looting, but we’re not working fast enough,” says Parcak in her talk. 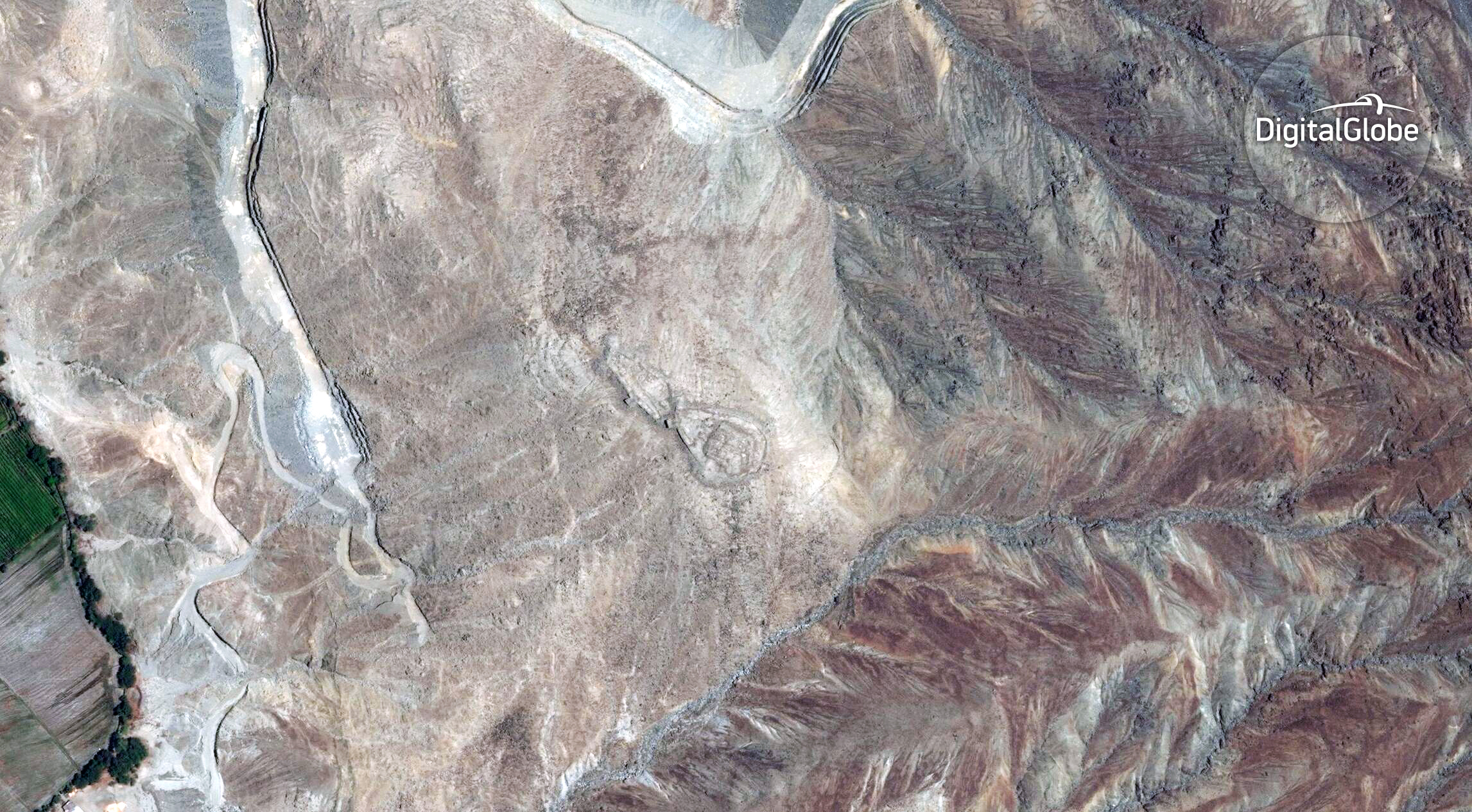 Users will search 200,000 square kilometers of satellite imagery. Large sections like this will be broken into smaller tiles. Archaeological features like this stone structure on a hill will be visible. Image: ©DigitalGlobe 2017

GlobalXplorer is a collaboration between the TED Prize, National Geographic and DigitalGlobe, which provided the satellite imagery broken down into search tiles the size of a few city blocks. When users log on to the site, they’ll get a tutorial on how to search satellite imagery for signs of looting. Users will level up as they search and unlock photos, articles and videos from National Geographic’s archives that will give them rich context on the ancient cultures of Peru. When they train their eye, users will move on to comparing imagery from two different time periods, to look for signs of sites threatened by urban development. Finally, users will learn to search imagery processed with a technique called “Normalized Difference Vegetation Index (NDVI).” It makes healthy and unhealthy vegetation appear in different colors, and users can spot patterns in less-healthy vegetation that might be growing over ancient ruins.

To keep the location of potential sites safe, GlobalXplorer tiles do not contain any location data and are displayed to users in a random order, one at a time, without the ability to navigate or pan away. Peru’s Ministry of Culture is a close partner in the project and will put in place plans to study and safeguard potential sites. On-the-ground partner the Sustainable Preservation Initiative will help, and engage local communities in protecting sites.

“It’s not the Pyramids that stand the test of time — it’s human ingenuity,” says Parcak in her talk. “The greatest story ever told is the story of our shared human journey. But the only way we’re going to be able to write it is if we do it together.” 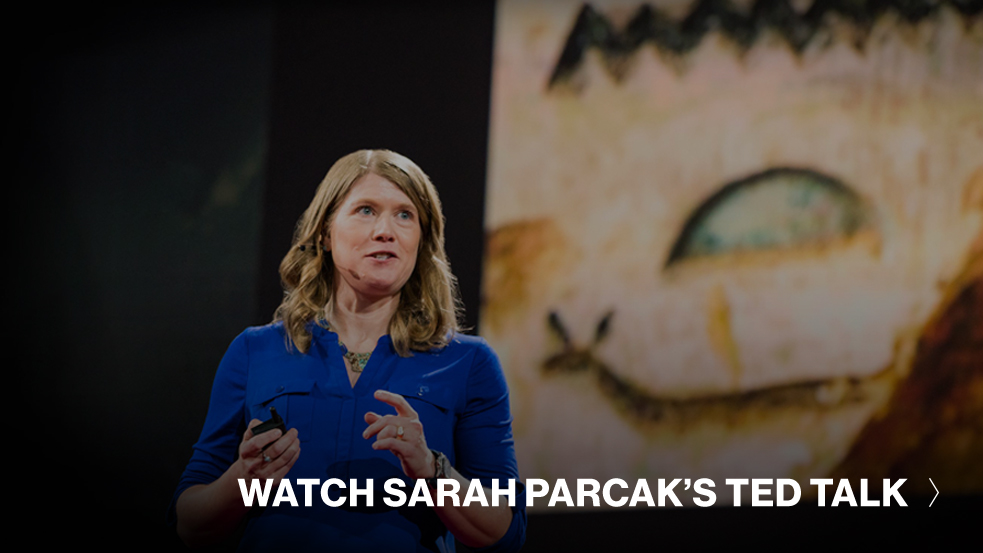