Your 20s: are they an extended adolescence, or the critical setup for adult life? After watching Meg Jay’s TED Talk, “Why 30 is not the new 20,” 27-year-old Lizanne Van Vuuren decided it was time to get serious about her athletic goals. In fact, it inspired her to not only complete a Half Ironman, but also join a charity crew that rowed across the Pacific Ocean, setting three world records in the process.

At age 25, Lizanne felt good about life; she was working as an osteopath — her dream job — and had a loving support system around her in Cape Town, South Africa. Even still, between balancing work and friends, she felt incomplete. She grew up playing sports and loved being on teams. But now, she was too busy to push herself athletically and felt like she was just going through the motions. “I wasn’t part of anything other than work and friends,” she remembers. “There wasn’t anything particularly outside of my normal life.” 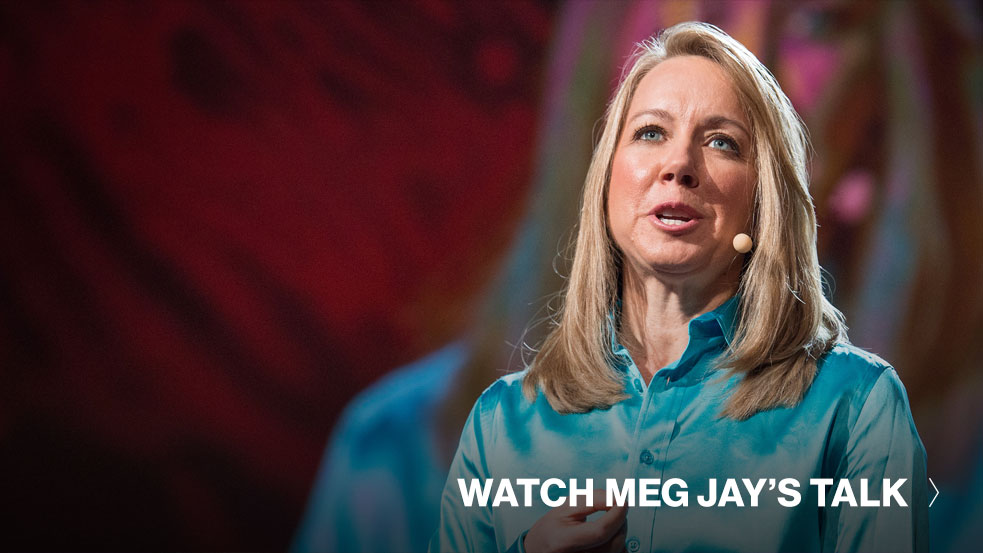 Even so, she figured that since people were marrying later and living longer, she had plenty of time to do something special later in life. But hearing Meg Jay’s message changed that. “I watched the TED Talk and she made perfect sense in saying that, actually, your 20s are when you prepare for all of that stuff.” This gave her a kick-in-the-butt to get moving. As Lizanne quotes the talk, “If there is anything that you want to change about yourself, now’s the time to do it.”

“What is something really scary that I don’t think I can achieve?” Lizanne asked herself this — then signed up for a Half Ironman in January 2014. She pushed through 5am cycles and 3-hour weekend runs, which paid off on race day.

Then one day, she came across an article about Coxless Crew, an all-women charity team aiming to row from San Francisco to Australia — the span of the Pacific Ocean. She immediately emailed Laura, the team leader, and thanked her for sharing this story. To Lizanne’s surprise, Laura wrote her back and asked, “Why don’t you join me?”

The timing wasn’t quite right — Lizanne had just bought her own osteopathy practice, so there was no way she could take six to eight months off to row the entire Pacific. But she asked Laura to put her on the reserve list if she needed to replace a rower. Two months later, Laura asked if she could help the team row from Hawaii to Samoa, a voyage estimated to take two or three months. Yes! Lizanne spent the next few months training, and joined the team in July 2015 in Hawaii. 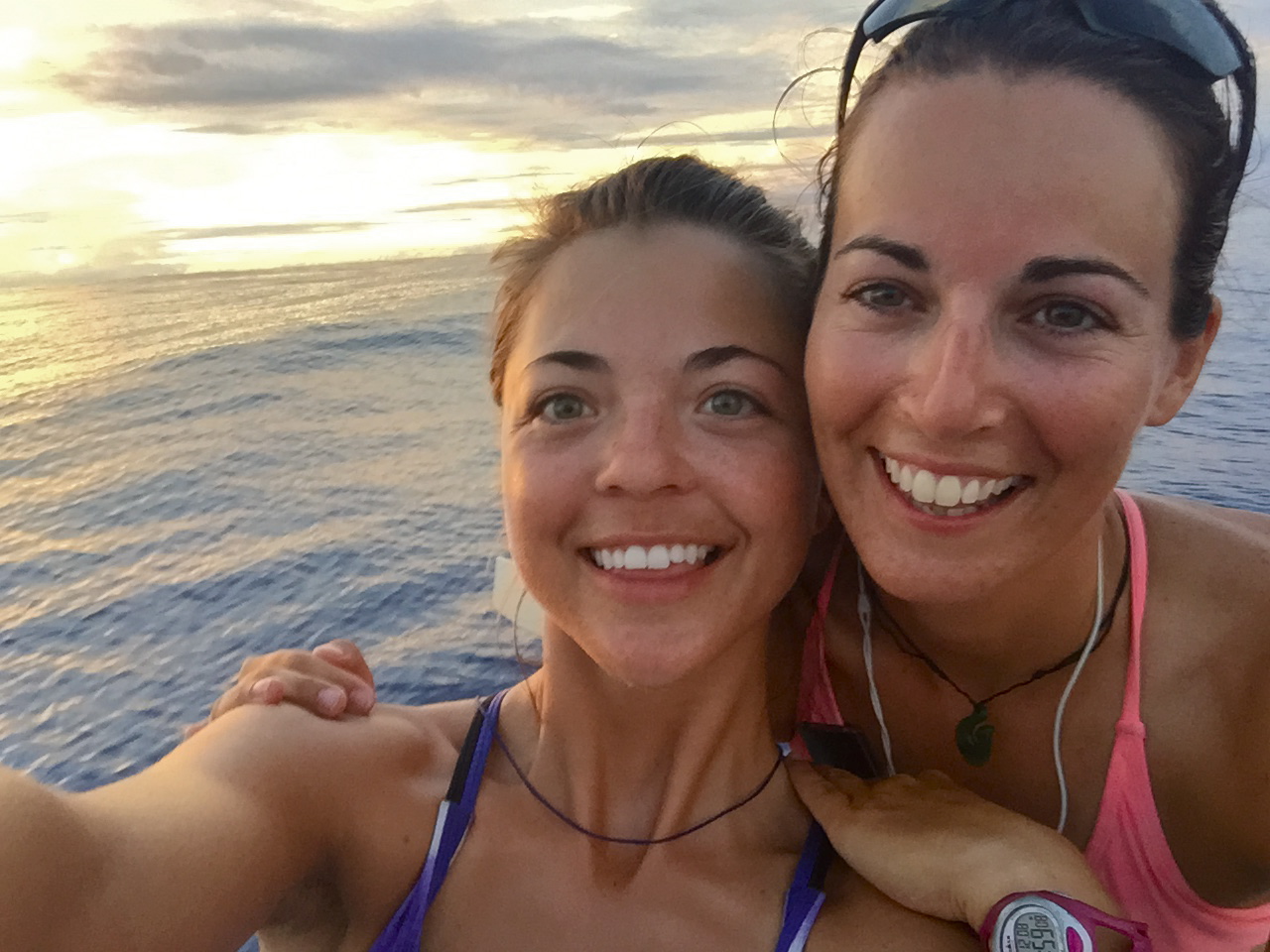 Lizanne and team leader Laura Penhaul in the Pacific Ocean.

The team of women faced many challenges on the water, including sea sickness, extreme heat and food shortages. In some places, they had to row backwards because of the strong winds and currents. Plus, because of their strict rowing shifts, sleep was scarce. “We never slept for more than two hours at a time,” she says.

In these times, Lizanne used her newfound grit. “The row was about 85 percent psychological and only 15 percent physical,” she says. “It was really just having the mental push to persevere.”

The hardest part of all came when Lizanne’s uncle passed away back home. The lack of privacy made this especially difficult, “Receiving news like that at that time … you couldn’t escape. There was nowhere to go. You were basically just on the boat.” 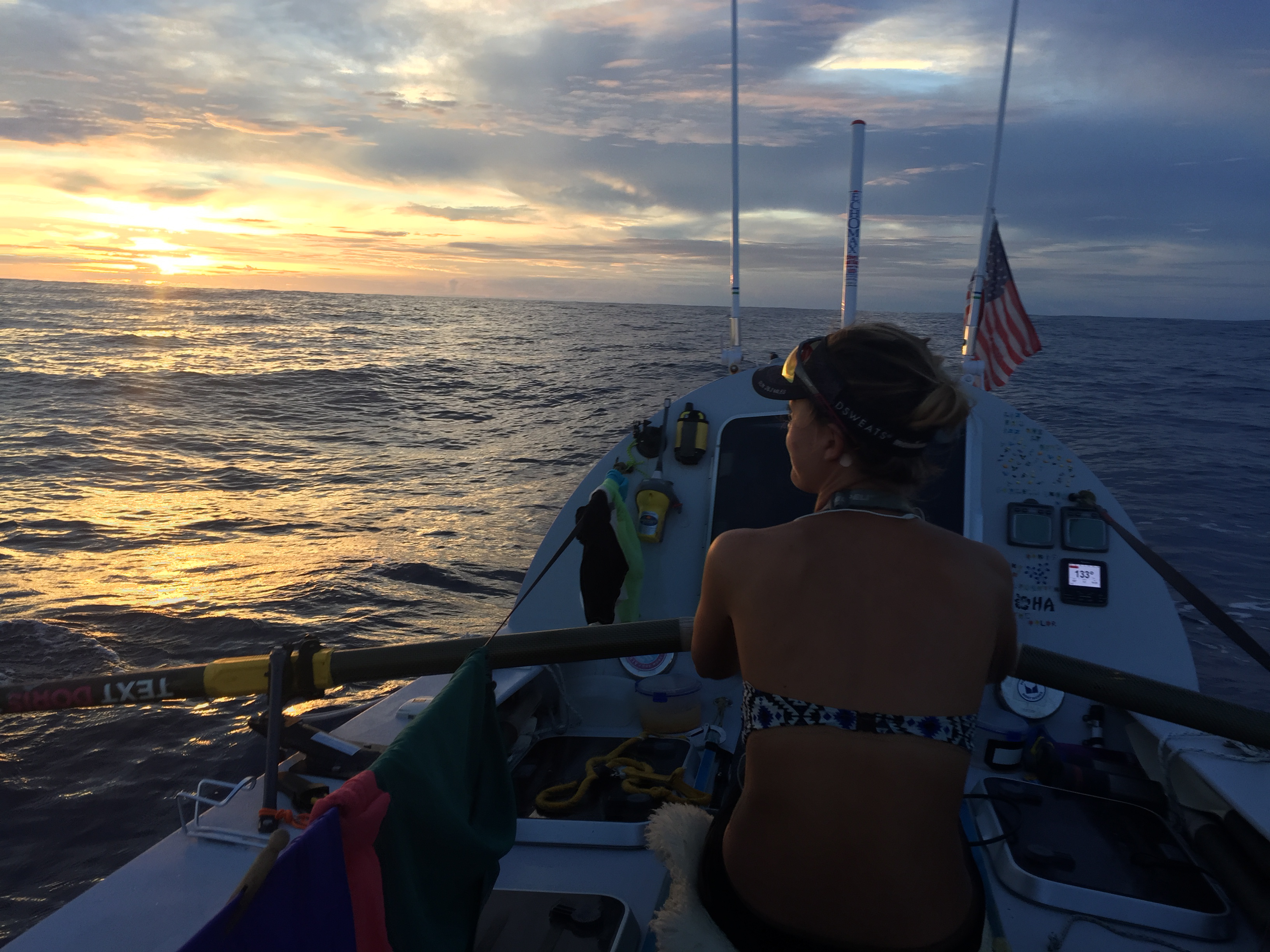 Despite these hardships, the team bonded over a shared dedication to help all women overcome adversities. In fact, they decided to donate some of the money they’d raised to Walking with the Wounded, an organization that helps injured servicemen and -women find work when they return home. They specifically want to help the organization create its first women-aimed initiative.

The women also chose to give to Breast Cancer Care, an organization that offers free emotional support to women with the disease. This cause was especially personal for them; Laura’s friend’s young wife, while pregnant, received a devastating stage 4 diagnosis. While her son is alive and well today, his mother died six months after his birth. Inspired by this, the crew raised money for a special fund to help younger women.
The rest of the Coxless Crew is set to arrive in Australia in early 2016. Beyond the world records they set (the first crew to row the Pacific, the first female crew to do so and the fastest row across it), they want to inspire all women to support each other because, as they say, “Everyone’s got their own Pacific to cross.”

Tags for this story:
Breast Cancer CareCoxless CrewHalf IronmanLizanne Van VuurenMeg JayPacificRowWalking with the WoundedWhy 30 is not the new 20
Follow TED
Subscribe to the TED Talks Daily newsletter.
Related Stories