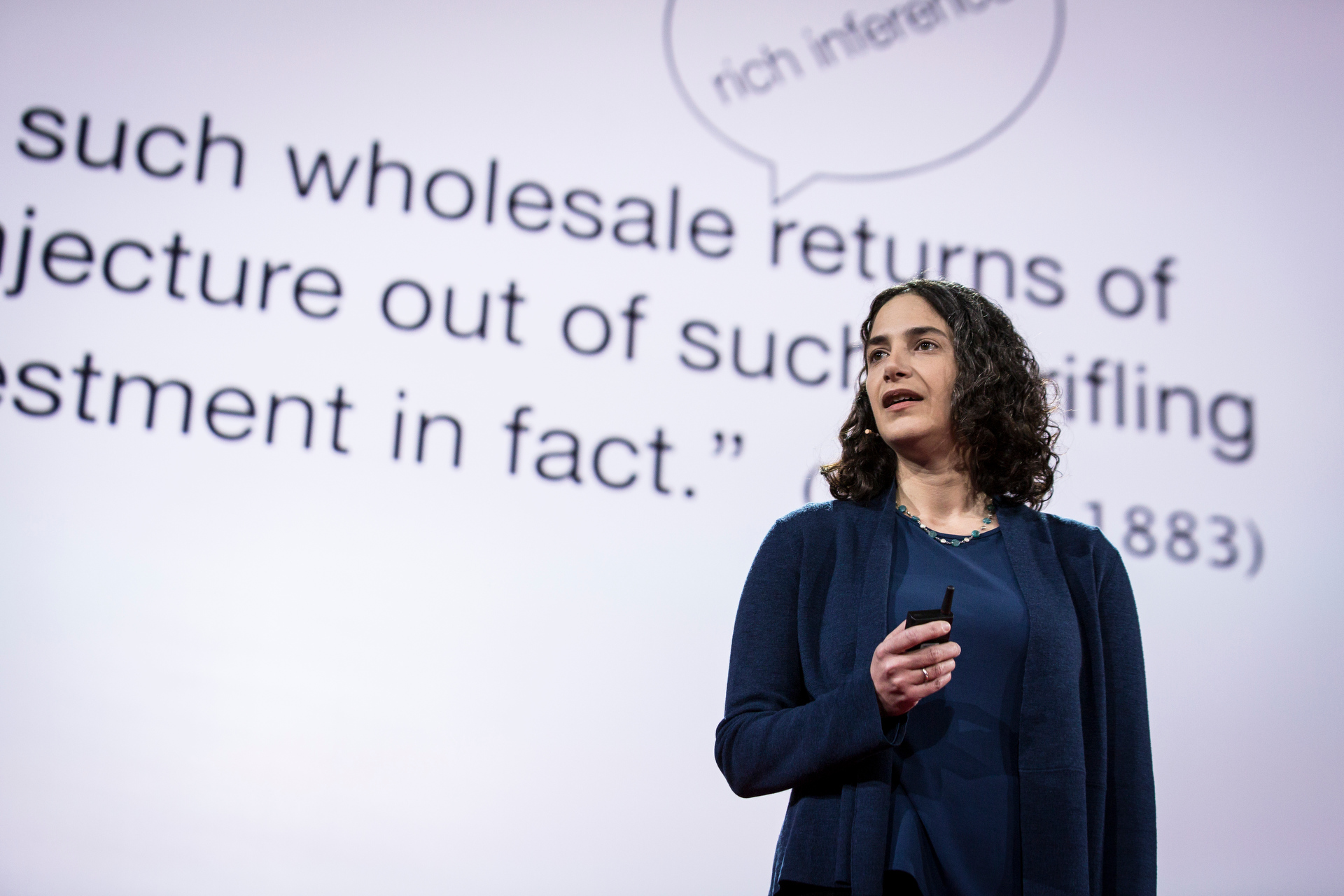 From small samples, says Laura Schulz, we make large conjectures about the world. “From a few bones, we infer the existence of dinosaurs; from spectral lines, the concept of planetary nebulae; from fruit flies, an understanding of genetics,” she says.

She brings it back to her own work at MIT’s Early Childhood Cognition Lab: “From the behavior of very little children, we try to say something about the fundamental mechanisms of human cognition.”

Schulz has spent the past decade trying “to figure out how children learn so much from so little so quickly,” and how they “draw rich inferences from sparse, noisy data.”

“Babies have to generalize from small samples all the time. They see a few rubber ducks and learn that they float, they see a few balls and know that they bounce,” says Schulz. “Do they care if what they see is representative of a larger population?”

Schulz shows us video of an experiment involving a baby and a box full of balls in two colors — blue and yellow — that either squeak or don’t squeak. When the majority of the balls are blue, and a researcher takes out three blue balls in a row and squeezes them to make a noise (“if you’re a baby, it’s like a TED Talk — it doesn’t get better than that”), the baby infers that the blue balls are special. What happens when you show the baby a yellow ball from the same box? 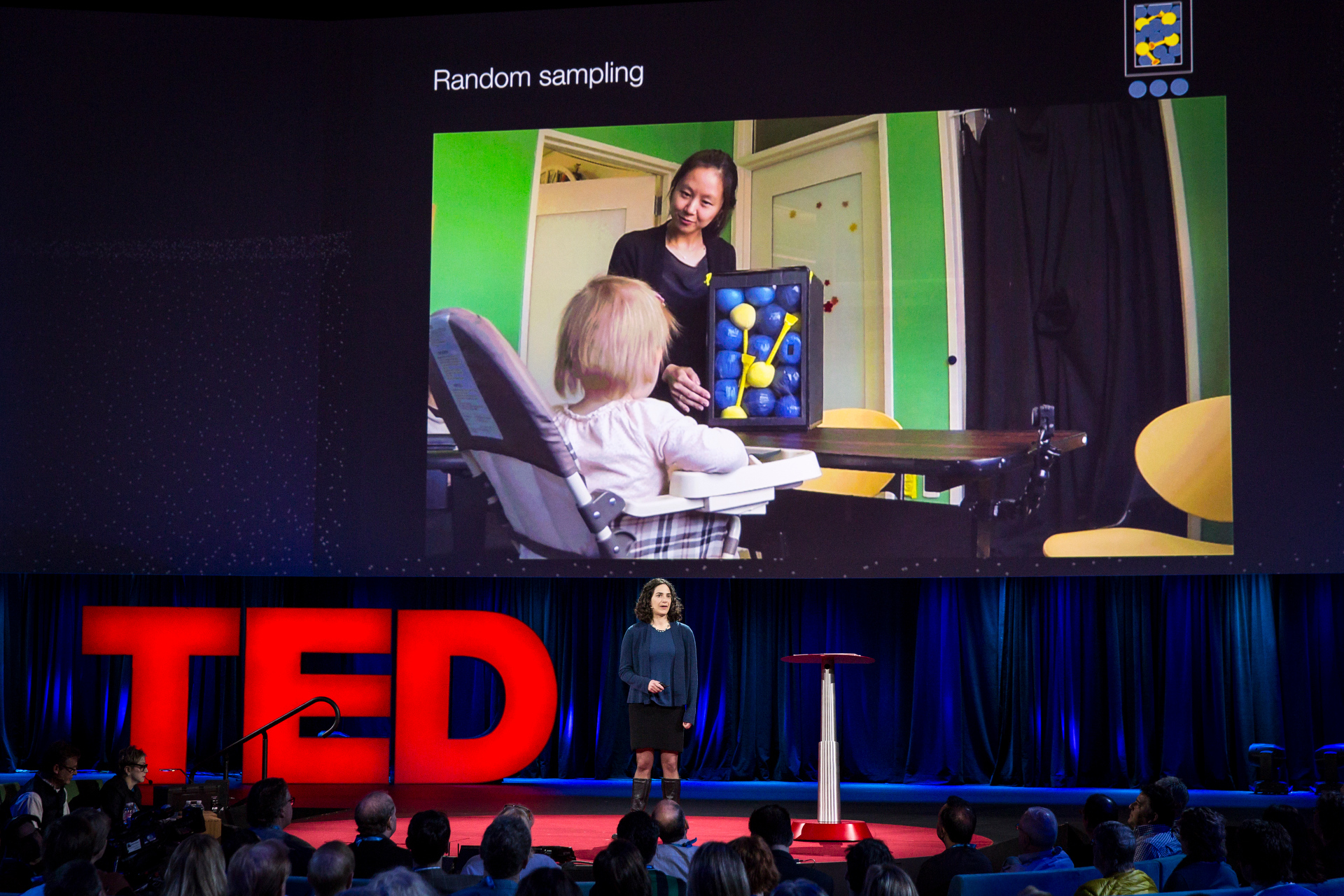 When babies see a mix of toys, as in this experiment with blue and yellow balls, Schulz’ experiments show that a baby can make correct inferences about how the toys will behave. Photo: Bret Hartman/TED

Schulz and her colleagues structured several similar experiments to test what babies can infer from limited statistics. In the videos she shows, it’s clear that each baby, behind his or her adorable puzzlement and tiny little furrowed baby eyebrows, is making sophisticated assumptions about what to expect from the world. The blue ball squeaks, but the yellow ball only might.

What do these simple experiments teach us about human cognition?

“Left to our own devices, we are fallible: we take shortcuts, we err, we are biased, in numerous ways we get the world wrong,” says Schulz. And yet at the same time, “Starting as small children and continuing on to the greatest accomplishments of our culture — we get the world right. Human minds generate art and literature and poetry and theater. Human minds take care of other humans … and even heal them.”

All this to say: “We’re going to see technological innovations beyond what we can imagine,” says Schulz, “but we’re unlikely to see anything beyond the computational power of the human child in your lifetime or mine.”