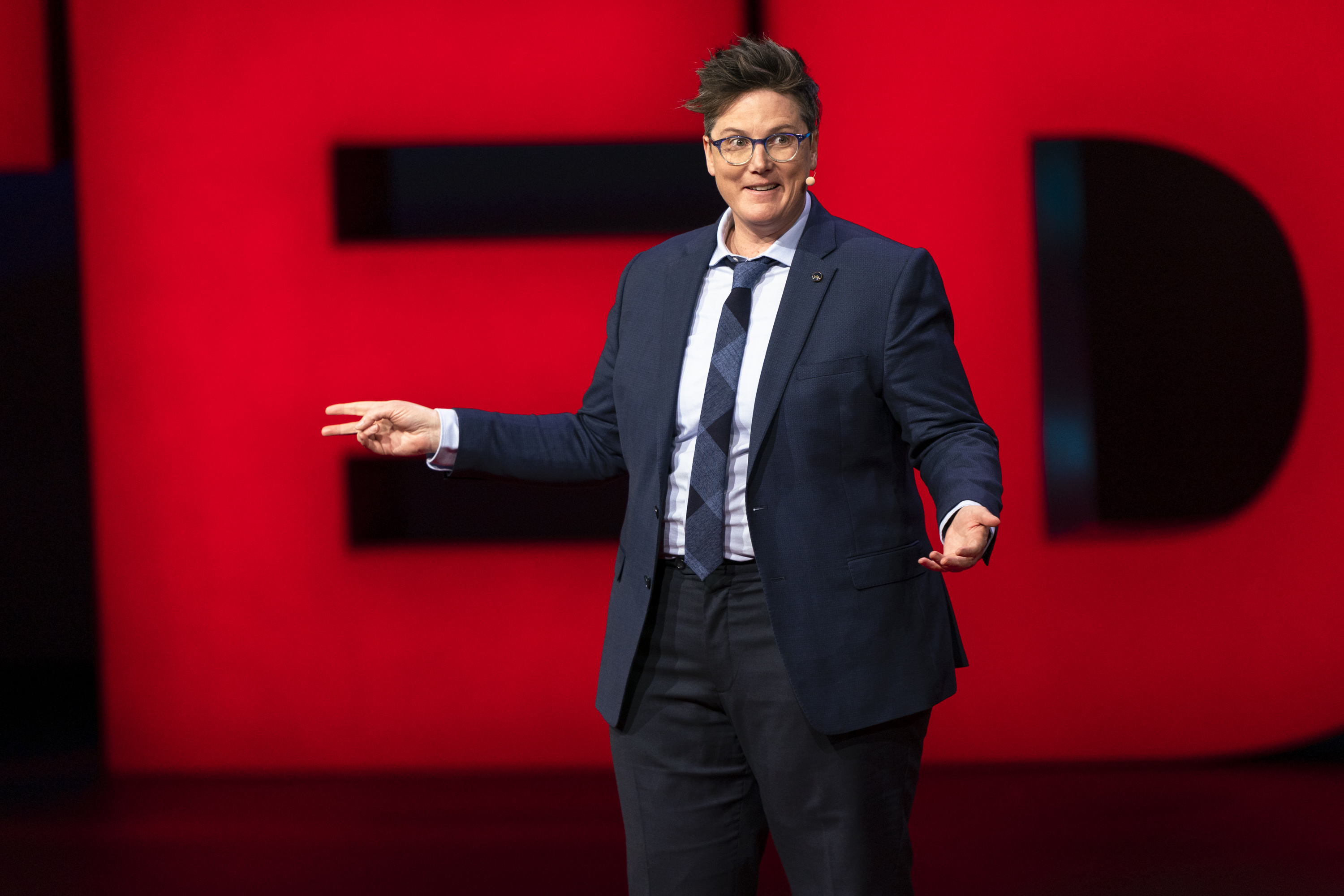 “I don’t think I’m qualified to speak my own mind,” says Australian comic Hannah Gadsby. “I’m not so good at turning the thinking into the talking. And you’re wondering how someone who’s so bad at the chat could be a stand-up comedian?”

The first contradiction: “I’m bad at talking. I’m good at talking.” Gadsby was a “pathologically shy virtual mute with low self-esteem” when she first tried comedy. And “before I’d even landed my first joke, I knew I really liked stand-up, and stand-up really liked me. Why is it I can be so good at something I’m so bad at?”

One reason: Comedy has rules, like the rule of three. To demonstrate, she throws back to her opening joke, which at the time felt like a charming, disarming bit before the real talk. Here it is: “My name is Hannah, and that is a palindrome. Everyone in my family has a palindromic name, it’s a bit of a tradition. There’s Mum, Dad, Nan, Bob and my brother Kayak.” Hear it? It’s about lulling people into a pattern — and then breaking the pattern: “one, two, surprise, haha!” The rule of three is a fundamental of comedy — a contradiction of the binary, in a safe place, for laughs.

From this more traditionally joke-y bit, Gadsby shifts into another gear. She starts to tell the story of her family, and of her grandma, surrounded by her large family in the last days of her life. It’s not where you expect a comedy routine to go, and the rhythm is not that of comedy. But it’s intensely interesting, personal and raw. She’s building to an emotional point when —

— her headset mic goes out.

Hannah walks to the side of the stage, and someone hands her the handheld mic we keep there for just such an occasion, while our video editors frantically start to work out in their heads how they can possibly fix the continuity. Then Hannah is beckoned back to the side of the stage, and returns followed by our sound guy, who changes the batteries in her belt pack and takes away the handheld, leaving her alone on the stage again.

This shaky moment within the tightly choreographed whirl of TED should have let the air out of her talk. But everyone is drawn in by Hannah’s story now, we know there’s something coming, and we desperately need to know the other two ideas and the contradictions we were promised.

“Where was I?” she asks the crowd. She gets some useless answers, scrubs back and forth mentally to where she was interrupted, and she’s back.

The story she tells from these broken pieces takes us from the chatty letters she wrote her grandma from college, forward to the present day, to who she is now. She talks about the success of Nanette, her groundbreaking comedy-not-comedy-but-comedy. She makes a joke simply to make two specific people laugh (our video editors; I checked with them just now: they died, they love you, we all do). She tells us what she’s feeling, while admitting that she’s up there feeling almost nothing. It’s an astonishing performance, a brave and moving story wrapped in a comedy routine wrapped in a TED Talk wrapped in a contradiction, or two, or three.