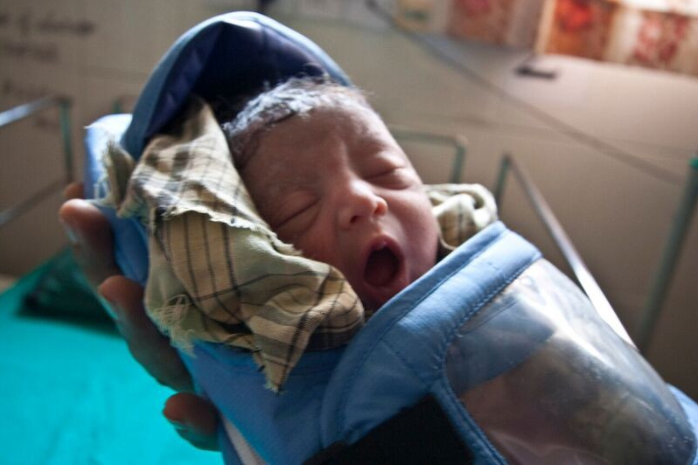 In her 2013 TEDWomen Talk, entrepreneur (and TED Fellow) Jane Chen noted that “there are 15 million pre-term and underweight babies born every year around the world, and one of the biggest problems they face is staying warm.”

Premature babies can’t properly regulate their body temperatures and need an incubator in order for their organs to develop properly. If a baby is wasting energy on trying to stay warm, a range of problems can result: diabetes, heart disease, low IQ, and sometimes death. Four million of these babies die annually.

Shortly after receiving her MBA from Stanford University, Chen moved to India and set up her company, Embrace Innovations, in order to develop a low-cost, portable, reusable incubator to help women in remote areas of the world where a lack of reliable electricity and the high cost of medical equipment made the traditional incubators we have in hospitals impossible.

After two years of clinical testing, setting up manufacturing and distribution, Chen’s company launched the Embrace. The comfortable infant wrap uses phase-change material to melt at human body temperature and stay the proper temperature for eight hours. After that, the heat source can be replaced with a new one, to continuously supply a nurturing environment for babies who need it.

In a new post for Forbes magazine, Chen talks about what happened next.

“After five years as CEO, I returned to San Francisco and was on the verge of closing a deal with a major medical device company that was taking the full round of our next investment and would become our global distributor. I was ecstatic. This was exactly where I had hoped to take the company — this would make us scalable, and would significantly increase the impact we could make.”

But then, as she describes it, in a “cruel twist of fate,” the company she had signed on with fired its CEO and the deal she had worked so hard on disappeared overnight. Her company had seven days of cash left.

She went on to describe the whirlwind that many start-ups go through: she took out two bridge loans and asked everyone she knew for small investments to keep her company going until she could arrange another deal. She finally found an angel investor in Marc Benioff, the CEO and founder of Salesforce.com, who had personal experience with his own child needing an incubator. He gave her company the lifeline it needed to stay afloat and give Chen the time she needed to look for a new way forward.

Later that year, she started surfing in Hawaii, another lifelong dream. She likens her experiences with her start-up to the profound lessons she has learned as a beginner surfer: “Everything is impermanent. When the waves knock you down, try again. Take the lessons you can from it, and move on to the next wave. Don’t be afraid to catch bigger waves. Accept what cannot be changed. And always have fun.”

As “someone who has failed many times,” she urges people to “try, try, and try again.” Her biggest lesson? “Don’t waste energy fighting the things that cannot be changed. Instead, adapt to the situation and learn to ride with it.”

It worked for her. Today, Chen’s company is flourishing and she has turned an idea into a product that has helped save thousands of lives. To date, the Embrace has helped over 200,000 children in 15 countries. She hopes to grow to the point where the Embrace will save 1 million babies globally, and recently launched Little Lotus, a line of baby swaddles, sleeping bags and blankets for the US market with a temperature control function to help babies sleep better, and a 1:1 model: every purchase helps to save a baby in a developing country with the Embrace warmer.

Jane Chen will be attending this year’s TEDWomen conference, Oct. 26–28, 2016 in San Francisco. Tickets are now available, so register to attend today at the TEDWomen website. Follow Chen on Twitter at @janemariechen.