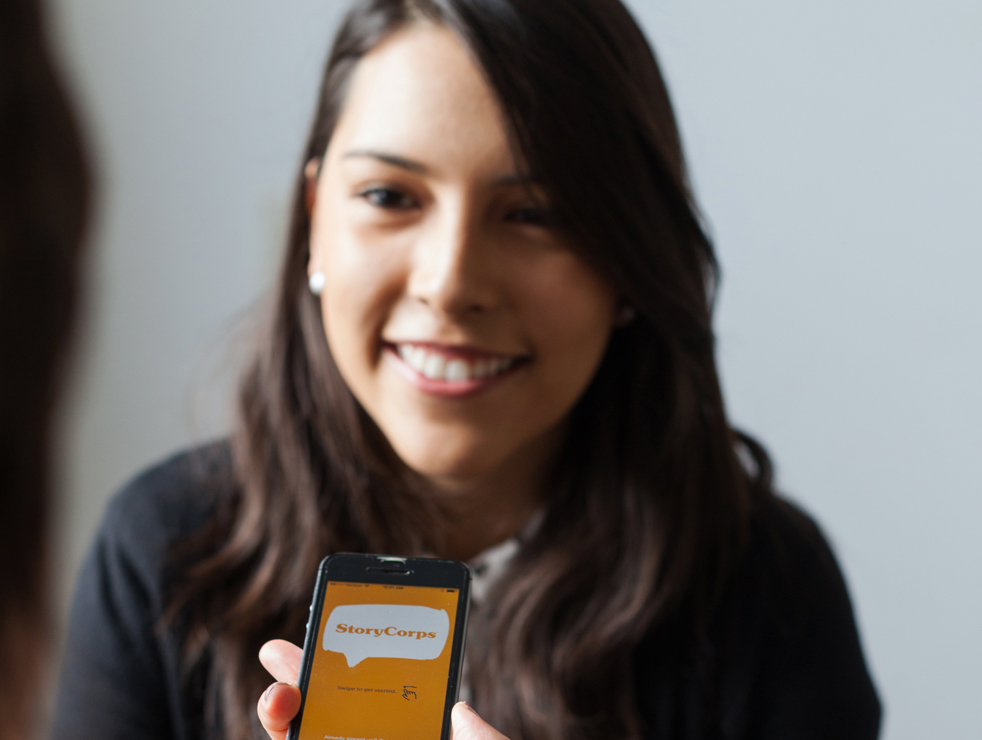 When students conduct StoryCorps interviews, teachers say it can “reorganize the ions of a class.” Photo: David Andrako, courtesy of StoryCorps

Caitlyn, a quiet seventh grader, was bullied by the other kids in her class at Luther Burbank Middle School in Burbank, California. She wore the same cowboy boots every day. “The other kids were awful about it,” said English teacher Rebecca Mieliwocki, remembering this student who has stayed lodged in her memory for 10 years now. “Even the best kids can be horrible sometimes. It’s a jungle in middle school.”

The law of the jungle, however, can change. Caitlyn’s story illustrates what can happen when students and teachers take the time to listen to each other’s stories.

When Caitlyn was in her class a decade ago, Mieliwocki introduced StoryCorps to her students. She gave them tape recorders and asked them to interview someone important in their lives. Over the next few months, the class listened to each student’s interview and discussed them together.

Caitlyn had interviewed her mom. The two of them talked about their lives since Caitlyn’s father died of melanoma two years prior, when Caitlyn was in the fifth grade. Before her dad passed away, he had wanted to get her something that would last forever — together, they picked out a pair of brown and turquoise cowboy boots. A year later, Caitlyn was diagnosed with melanoma herself. She had to have part of her foot removed. The boots her father bought were the only shoes that provided enough support for her to walk.

“None of us knew any of this about her,” said Mieliwocki. “We were all feeling about an inch tall. I was ashamed, personally. How could I not know this about my student?”

The teasing stopped. Not just for Caitlyn, but for everyone.

“Telling our stories brought all of our lived realities into the classroom,” said Mieliwocki. “I’ve never been able to reorganize the ions of a class the way that going through the StoryCorps interview experience did.”

StoryCorpsU launched in 2009 to echo that emotional transformation. It’s a program designed to help students in high-need schools find their voices and develop a sense of empathy. Celeste Davis-Carr, an English teacher at Corliss High School on the south side of Chicago, has participated since 2012. “I’ve been able to see my students differently and develop greater connections with them,” she said. (Hear Davis-Carr interview a student below.) 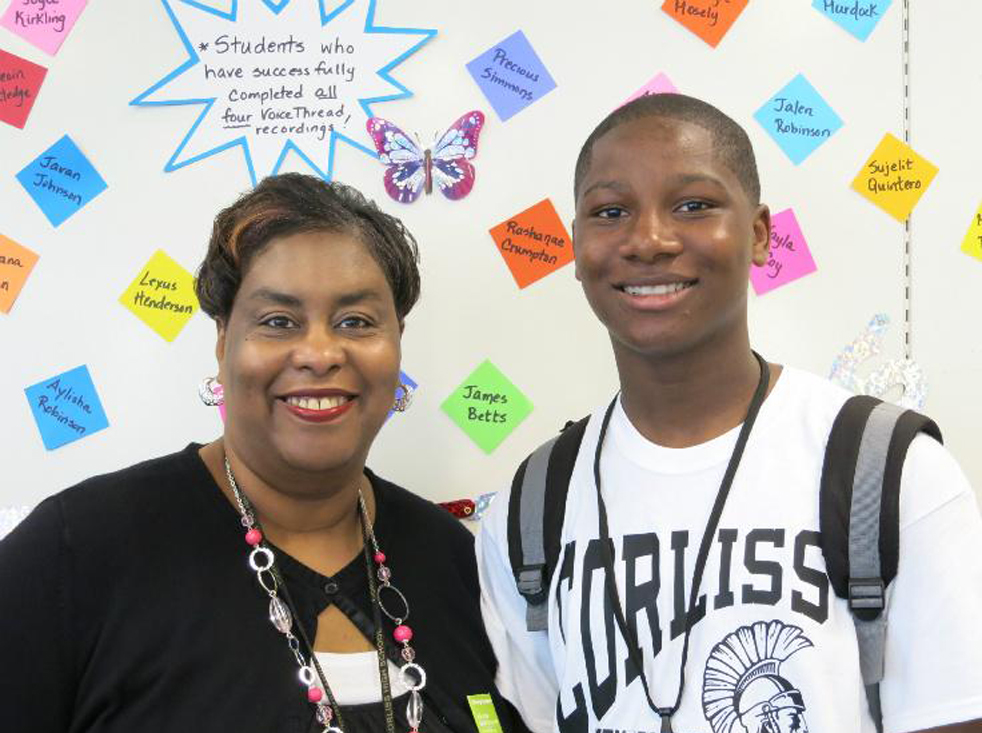 Celeste Davis-Carr has asked her English classes to participate in StoryCorpsU since 2012. She says it’s helped her see students differently. Photo: Courtesy of StoryCorps

The program aims to keep students in school by strengthening personal bonds. But its availability is limited; StoryCorpsU is expanding from about 40 classrooms across the United States to 50 classrooms this year. Demand from students often outweighs supply. “Students love the curriculum so much that they are fighting for the space and opportunity to record,” said Davis-Carr.

The StoryCorps app, which founder Dave Isay launched with the 2015 TED Prize, opens up new possibilities. Teachers can do what Mieliwocki did with Caitlyn’s class, or come up with their own lesson plan centered around interviews.

With the app, students can also join in large-scale recording projects. In August, StoryCorps announced The Great Thanksgiving Listen, a nationwide effort to capture the voices of older Americans as families sit down for pumpkin pie. Over Thanksgiving weekend 2015, Isay hopes that as many as 250,000 students might interview an elder — a grandparent, a neighbor, a friend — using the StoryCorps app. That would more than double the number of interviews in StoryCorps’ archive at the Library of Congress.

Teachers can choose to make The Great Thanksgiving Listen an assignment. A newly-released Teacher Toolkit gives instructions on using the app and guidance for helping students pick great questions for their interviews. The toolkit also includes prompts for class discussion, like “Did you learn anything that contradicted what you have learned previously from school texts?”

Interviews are a powerful tool for increasing understanding. Listen to the four recordings below, which — like Caitlyn’s story — illustrate just how deeply students and teachers can inspire each other: 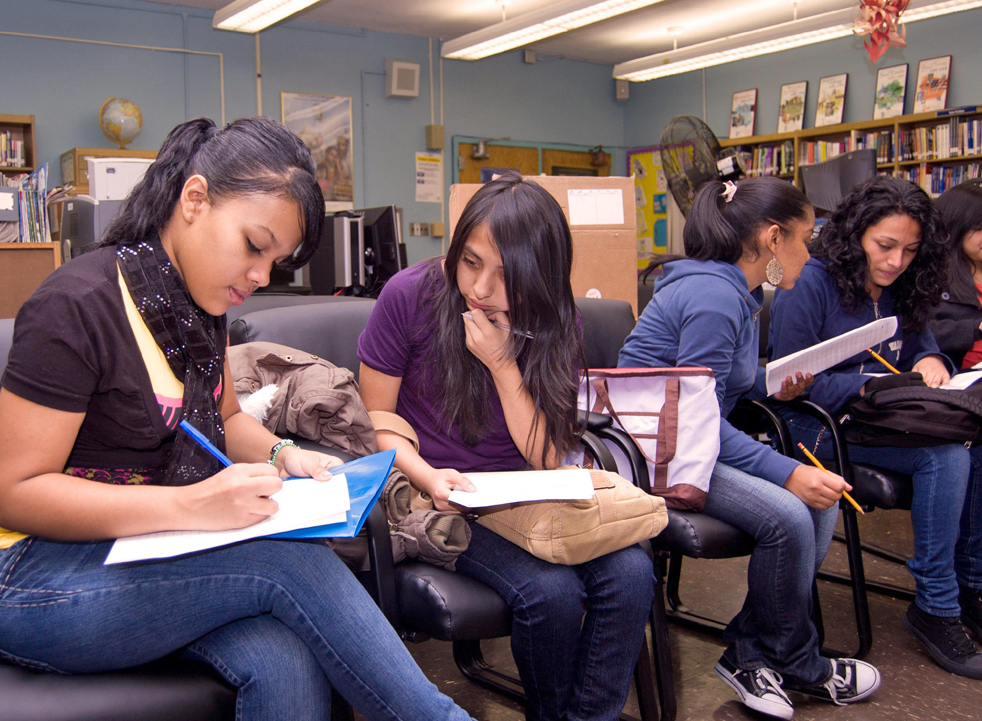 Through the StoryCorpsU program, students interview each other — and those most important to them. But the StoryCorps app allows any teacher to build lesson plans around interviews. Photo: Courtesy of StoryCorps