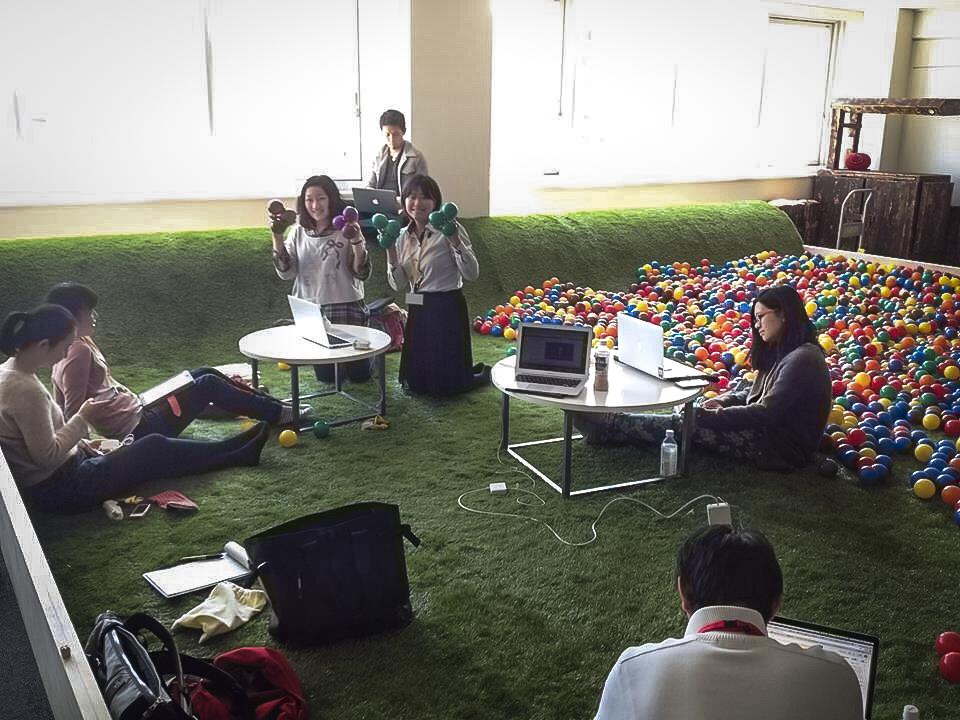 A snowboarder, a forklift operator, an exchange student and more: The TEDxSapporo translation team meets in a playground-themed space to work on translations as a group. Photo: Courtesy of Ayana Ishiyama

Ayana Ishiyama always thought she wanted to be a journalist. Two years ago, when she left her hometown in northern Japan to study abroad in the US, she signed up for journalism courses and wrote articles for the school newspaper to sharpen up her English skills. But while she loved interviewing people and sharing their stories, Ishiyama — now 22 — realized she didn’t like everything about news writing.

She found that good thing when a friend introduced her to TED’s Open Translation Project, a global network of volunteers who help TED and TEDx Talks crisscross languages and borders. Over the past few years, several TEDx events have formed teams of OTP volunteers to translate their talks into English, to help promote them around the world. Ishiyama joined the TEDxSapporo translation team in March 2014 and quickly became the team leader. The group, which has 10 members, transcribes TEDxSapporo talks in Japanese, and then translates the Japanese captions into English. Additionally, they help translate flyers and Facebook posts for TEDxSapporo events.

There are more than 40,000 OTP translators around the world: some volunteers work alone, others in pairs, others even as a family. Most translation teams communicate mainly online, but Ishiyama’s group works in person. “I want to make strong connections between team members,” Ishiyama said, “so I like getting together for meetings, face-to-face.”

Every month, her team meets for three hours at a creative workspace in Sapporo, in a playground-themed room carpeted in astroturf and featuring a ball pit. Together, they transcribe and translate TEDxSapporo talks. They’ve translated 18 talks so far.

The team members’ lifestyles couldn’t be more different. There are students, teachers and academics, but also an IT specialist, an exchange student from Indonesia, a snowboarder and a forklift operator. This diversity, says Ishiyama, is part of the reason the team is so productive. As team leader, Ishiyama is mindful of putting each team member’s strengths to good use and making sure everyone gets to practice the skills they want to improve.

“Each person has a different strength,” she said. “If we get together, we learn something new. I think this is what motivates and inspires us.”

Teammates work in pairs for each project, with newer members doing the initial translation and more experienced members reviewing their work. But when challenging words or phrases come up, the ten team members discuss them as a group. If even one member of the group isn’t satisfied with a translated word, the whole team works to find a better one.

“We can have a discussion for an hour on that one word,” said Ishiyama. “It’s sometimes tiring, but it makes me happy because we don’t want to give up on better translation.” 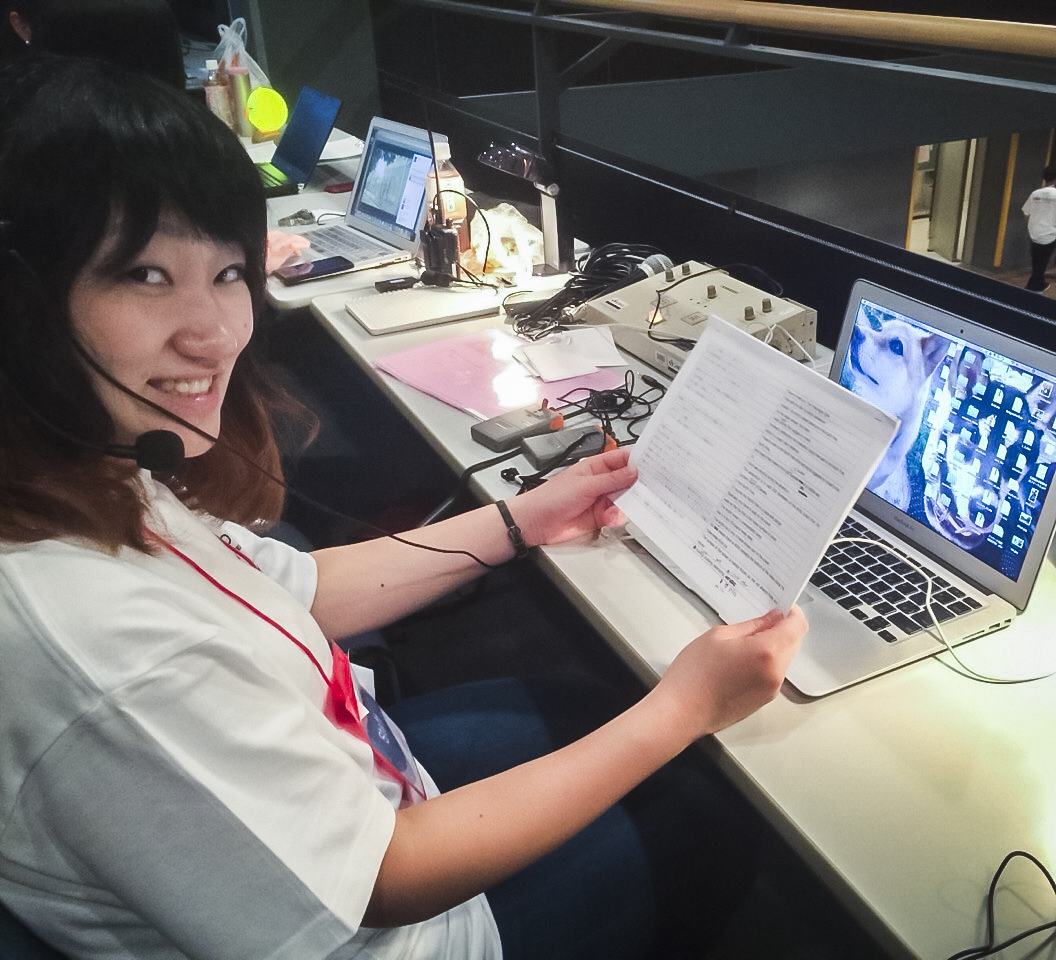 Early in Ishiyama’s time as team leader, a tricky talk tested the group’s unusual way of working. In June 2014, they started in to translate a TEDxSapporo talk encouraging women in science. (Only 14% of science and engineering students at Japanese universities are women.) The title included the Japanese word “Rikejo,” a shortened form of “Rikejoshi.” It means, roughly, “a woman with a scientific way of thinking,” but the term has more layers of cultural meaning — it connotes intellectual curiosity, open-mindedness and a balance of masculine and feminine traits.

“If we literally translated the Japanese title, it wouldn’t make sense,” said Ishiyama.

So the team came up with an idea: what if they turned the Japanese term “Rikejo” into an English acronym? The letters now stand for Respectful, Investigative, Knowledgeable, Enthusiastic, Joyful, Open. It captured the complex qualities a literal translation couldn’t.

Ishiyama’s team made a video explaining their acronym (watch it, in a talk Ishiyama gave at the 2015 Japanese OTP workshop) and sent it to the speaker, Noyuri Mima, to make sure she approved. “She loved it,” said Ishiyama. “Her attitude about the TEDxSapporo translation team completely changed. She said, ‘It’s just not a translation a computer could do automatically.’”

“RIKEJO was our teamwork,” Ishiyama said proudly. “We do not compromise. We do not give up.”

Next year, Ishiyama will move to Tokyo to start a job in sales planning, a first step in a career bolstered by her experience with the Open Translation Project. “Working as an OTP leader helped me a lot,” she said. “I learned about my strengths working in a team. And in the job interview, when I said I run a team for TEDxSapporo, they said, ‘Wow.’”

In anticipation of the move, Ishiyama recently stepped down as the leader of the team to give another teammate the chance to lead. “I want to make this a sustainable team,” she said.

She feels the same about the Open Translation Project as a whole. “I would really like to see the OTP network work like a huge team. Let’s get together and have discussions,” she said.

“We translate for the spirit of TED — ideas worth spreading — and we can help spread more ideas together.”

Read this story in Japanese » 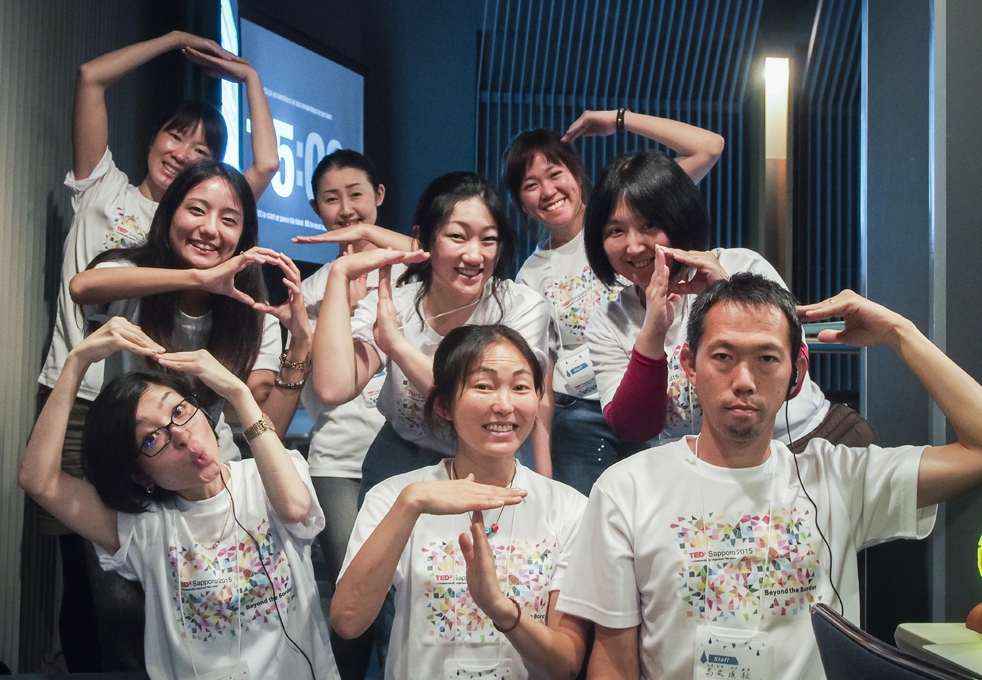 The TEDxSapporo translation team isn’t afraid to get creative and turn a hard-to-translate Japanese term into an English acronym. Photo: Courtesy of Ayana Ishiyama