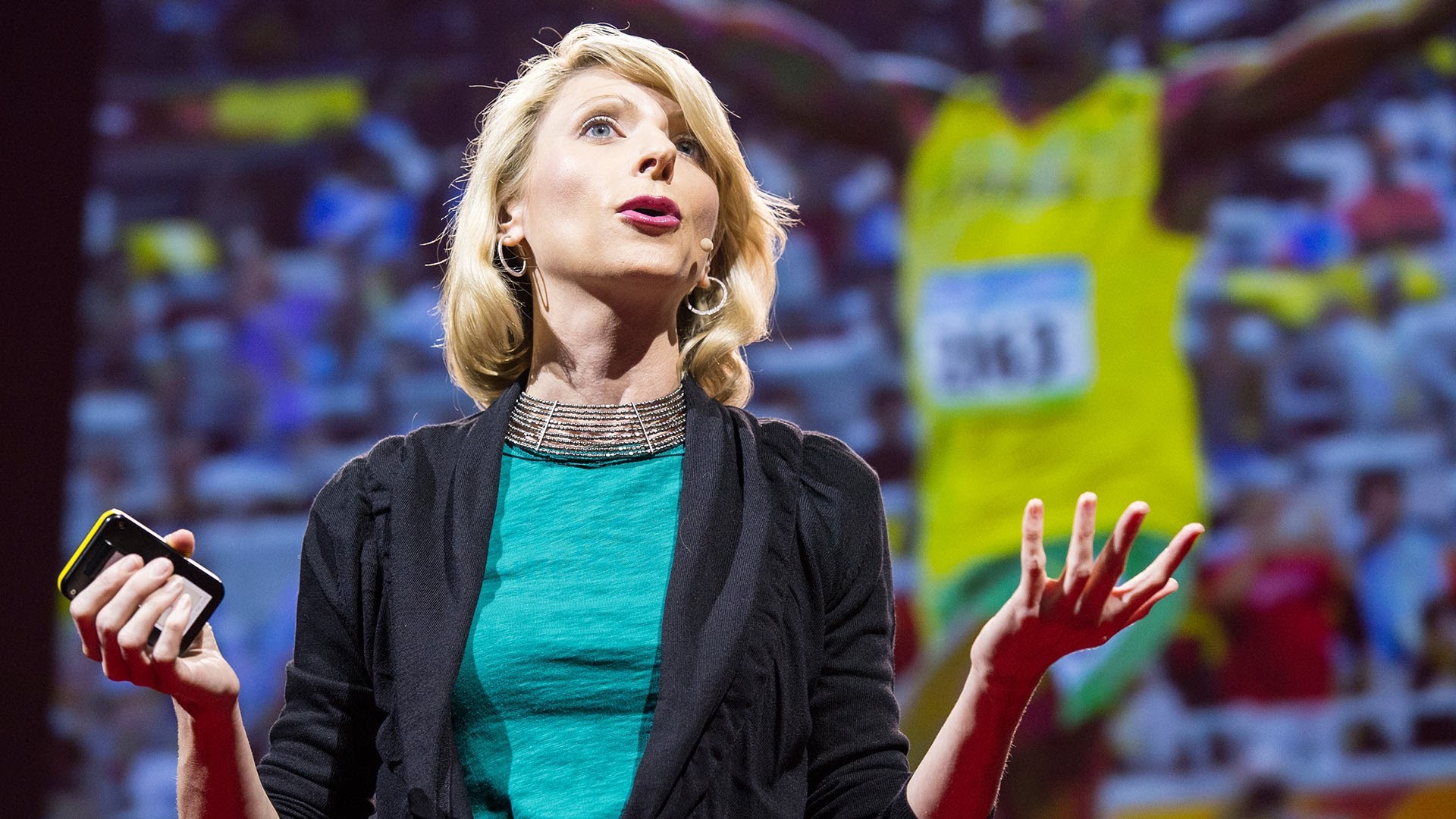 Amy Cuddy chose a green top and a cool necklace to wear for her TED Talk, rather than a fancy dress. “I wanted to be myself, not a red carpet version of myself,” she tells The New York Times. Photo: James Duncan Davidson/TED

Amy Cuddy bought a showstopper dress to wear for her talk at TEDGlobal 2012. But a few days before, she decided not to wear it. “I had agonized over what to wear. I went out and bought the most expensive dress I’ve ever bought. It was Fendi, multiple markdowns at Barneys,” she told the New York Times. “But a couple of days before my talk, I thought, ‘Why am I not going to dress like myself?'”

She opted instead for a J.Crew top and skirt, and a really cool brass choker. And now that her talk (watch: Your body language shapes who you are) has become the second most-viewed on TED.com, Cuddy is very happy that she made that decision. “Sometimes people send me screengrabs,” she says. “When I see the still, I think, ‘That’s me.'”

Today’s The New York Times Fashion & Style section dives into the question: What should I wear for my TED Talk? They spoke to Cuddy, as well as an assortment of other TED and TEDx speakers. The style that rules the day: Go casual. Most of these speakers are wearing a slightly more polished version of what they usually wear to work.

In the story, Glenn Greenwald (watch his talk: Why privacy matters) explains why he wore jeans — and ditched his usual blazer — at TEDGlobal 2014. “I talked to people who had seen a lot of TED Talks, and they all said the idea is to dress informally,” he says. “They told me that to wear a suit would be conspicuously weird.”

As for Ron Finley (watch his talk: A guerilla gardener in South Central LA), he wanted to wear his work boots on stage, though this was controversial with others around him. He tells the Times, “A friend saw me before the talk and she said, ‘You are not wearing those boots!’ Well, I did. That was me touching the ground, being in the garden. My gardens are my canvas.”

So how does this practical wisdom — to simply be yourself on stage — stack up to the advice we give our speakers? Incredibly closely.

In the preparation materials we offer speakers, we give only a few “rules” on what to wear: no checks or stripes (which cause strange jumps on camera); no all-white clothing (because it blows out the shot); no all-black clothing (because it makes the speaker blend into the background and look like a floating head); no dangly earrings (which can interfere the microphone).

But rules are made to broken. Our guidelines conclude, “Of course the most important thing is that you feel comfortable. So if you are most comfortable in an outfit with one of these elements, that is okay. We will gladly do our best to adjust lights and filming accordingly.” 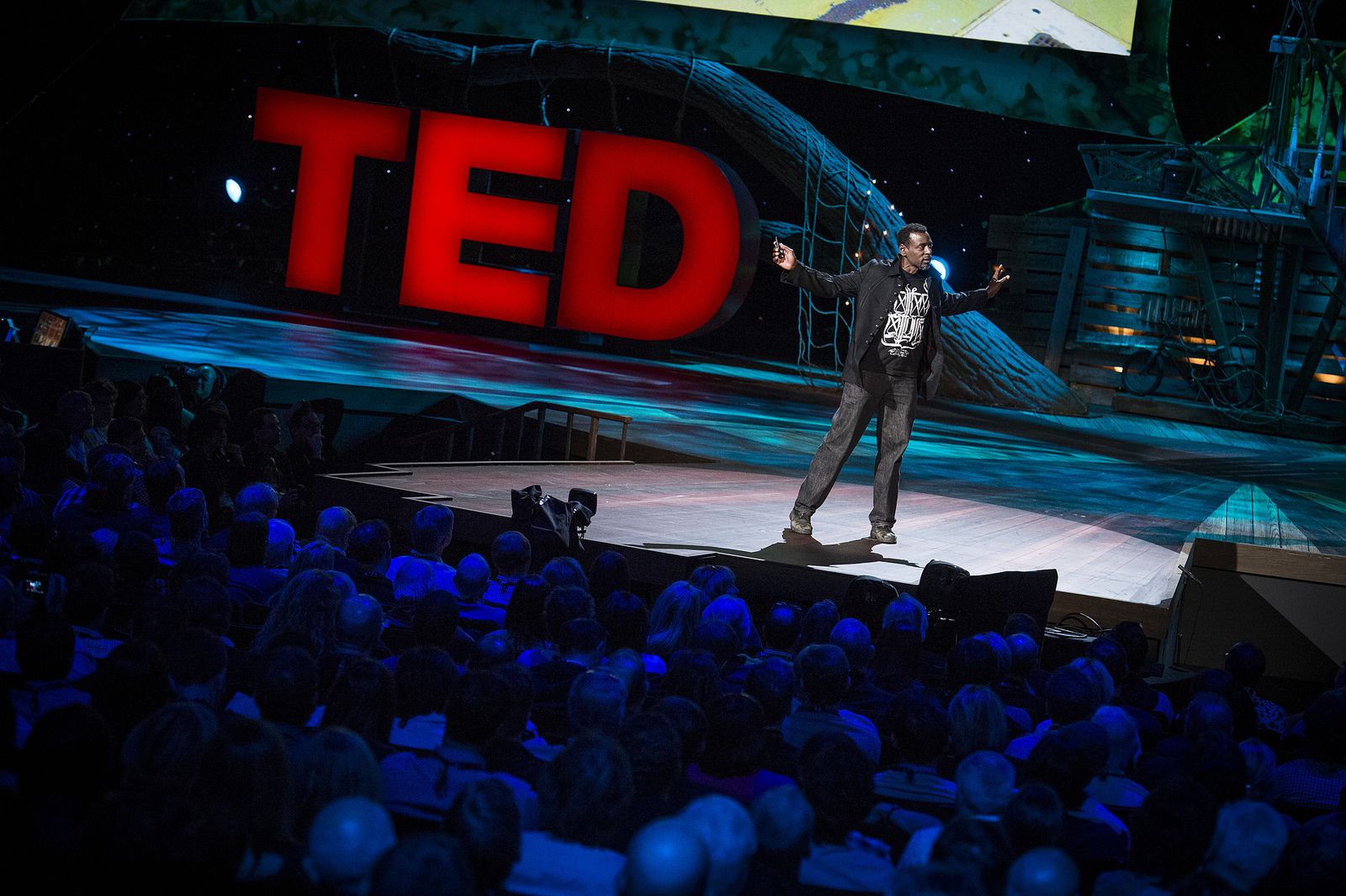 Ron Finley’s work boots helped him feel like himself on stage — and, as a result,  give the best talk he could give. Photo: James Duncan Davidson/TED

PS: Wondering what to pack for TED2015? Check out this great piece on Medium from TED Fellow Safwat Saleem, called “WTF Do You Even Pack for a TED Conference?”