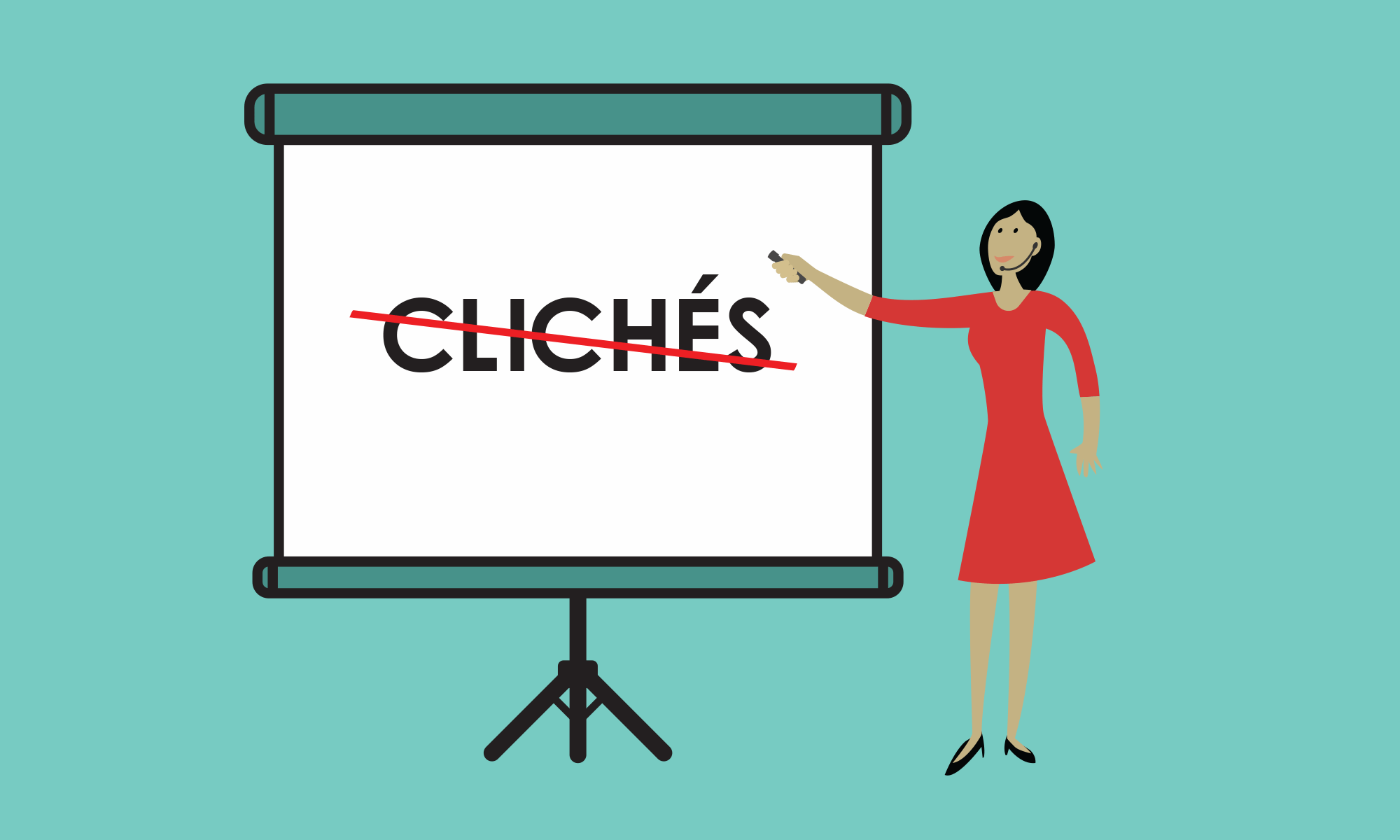 Stepping onto the TED or TEDx stage — or speaking in front of any group of people, for that matter — is truly nerve-wracking. Will you remember everything you wanted to say, or get so discombobulated that you skip over major points? Will the audience be receptive to your ideas, or will you notice a guy in row three nodding off to sleep?

Presentation expert Nancy Duarte, who gave the TED Talk “The secret structure of great talks,” has built her career helping people express their ideas in presentations. The author of Slide:ology and Resonate, Duarte has just released a new book through the Harvard Business Review: The HBR Guide to Persuasive Presentations. The TED Blog talked with Duarte in her California office about what makes a killer presentation, as well as about how giving her own TED Talk shaped her thoughts on presenting.

What would you say are the three keys to giving a great presentation?

The number one thing, I think, is to be audience-centric. To take the time to think through who the audience is and develop all your material from a place of empathy toward them. You’re asking them to adopt your idea, which means they may have to abandon a belief they hold as true — and that’s hard. So, know your audience — take a walk in their shoes. What keeps them up at night? How are they wired to resist your message? Most presenters are consumed with preparing their content rapidly, which makes the material about their own narrow perspective. By flipping that paradigm to an audience-centric approach, your material will resonate and the audience can feel a deeper connection to you and your material.

Number two, you need to understand your role in the presentation. So many people feel like they’re the central figure — kind of like the hero of the story — because they’re the one talking the most. But in reality, your role is that of a mentor — you should be giving the audience a magical gift or a special tool, or helping them get unstuck in some way. You have to defer to your audience. When you put your idea out there for an audience to contend with — if they reject your idea, your idea will die. You have to think of it as, “The speaker needs the audience more than the audience needs the speaker.” Then you’ll start to approach a material with your audience in mind – you’ll have more of a stance of humility than one of arrogance. That will help you create the kind of movement needed to get your idea to spread.

And then the third thing — wrap your content in story. A story serves like the sugarcoating on the outside of a pill in some ways — it just makes it go down easier. If you look at preliterate generations for thousands and thousands of years, stories would pass down for generation after generation after generation — and stay almost completely intact. Yet, a lot of people can’t remember the last presentation they sat through. So, using principles of story — the tension and release that happens in a story — that’s what will help persuade the audience toward your idea.

What do you feel like you learned from giving your own TED Talk?

I learned so much. Being the “Presentation Lady,” I knew I couldn’t suck at it. The hardest part was getting [my talk] to fit within this finite amount of time. So I trimmed and trimmed, keeping in mind that you still have to nail why this is important to the audience. I had a person coach me and point out places where I could trim. “You took too long here, and that made this part of emphasis too long.” I worked with the timer counting up until I knew I was within the time window — then what I did was work with the timer counting down so I’d know, “When I’m a fourth of the way through, I should be on this slide. When I’m halfway through, I need to be on this slide.” I created markers in my mind so I would know how I was running on time. Sure enough, I finished the talk and I had six seconds left on the clock.

It was a great experience for me because I hadn’t gone through it myself. I’d coached people through it but — wow — to actually be a victim was interesting. I learned the power of rehearsing. If you rehearse really, really, really well — it looks improvisational. Some people rehearse to a point where they’re robotic, and they sound like they have memorized their presentation and didn’t take it to the next level. Going from sounding memorized and canned to sounding natural is a lot of work.

So, the classic advice for stage fright is to imagine the audience in their underwear. What do you recommend people do to calm their nerves?

I don’t usually get nervous, but when I got on [the TED] stage, I was nervous because it’s pretty high stakes. I recommend doing some breathing exercises — breathe in as deep as you can, and then take a couple more big gasps. Then, release it really slowly. That calms my heart down. But my favorite piece of advice isn’t my own — it’s from a guy named Nick Morgan. He said, “What you need to do right before you walk on stage is think of someone that you love dearly.” Doing that, I felt the chemistry in my whole body change. My shoulders relaxed and my heart melted. That feeling of affection makes your body calm itself down. That’s a really great way to stop stage fright.

What is the best way to start creating a presentation?

My best advice is to not start in PowerPoint. Presentation tools force you to think through information linearly, and you really need to start by thinking of the whole instead of the individual lines. I encourage people to use 3×5 note cards or sticky notes — write one idea per note. I tape mine up on the wall and then study them. Then I arrange them and rearrange them — just work and work until the structure feels sound. And from that sound structure, you start to fill it in using a presentation tool.

[For visuals], I think people tend to go with the easiest, fastest idea. Like, “I’m going to put a handshake in front of a globe to mean partnership!” Well, how many handshakes in front of a globe do we have to look at before we realize it’s a total cliche? Another common one — the arrow in the middle of a bullseye. Really? Everyone else is thinking that way. The slides themselves are supposed to be a mnemonic device for the audience so they can remember what you had to say. They’re not just a teleprompter for the speaker. A bullseye isn’t going to make anyone remember anything. Don’t go for the first idea. Think about the point you’re trying to make and brainstorm individual moments that you’re trying to emphasize. Think to the second, the third, the fourth idea — and by the time you get to about the tenth idea, those will be the more clever memorable things for the audience.

One thing that is really different about giving a TED Talk is the fact that you know it will be filmed. How do you think about the difference between live presentations and ones that will exist on video?

On stage, it feels really awkward to do large movements because — normally in life — we’re talking to someone in a more intimate setting and moving your arms really big feels melodramatic. But on the stage, you have to move your body in really big gestures. It feels awkward at first if you’re not used to it, so you have to kind of close your eyes and get used to it. Say things and move largely. Take big bold steps forward, big bold steps backward. You have this grand stage and people don’t use the space enough. I think one of the great things that Jill Bolte Taylor did was how she used her body. Her arms stretched all the way up when she talked about nirvana. Then she when she talks about her whole soul feeling constricted, she brings her hands down and folds her arms down in front of her. She’s using her body as a prop. That’s an important way to create meaning. 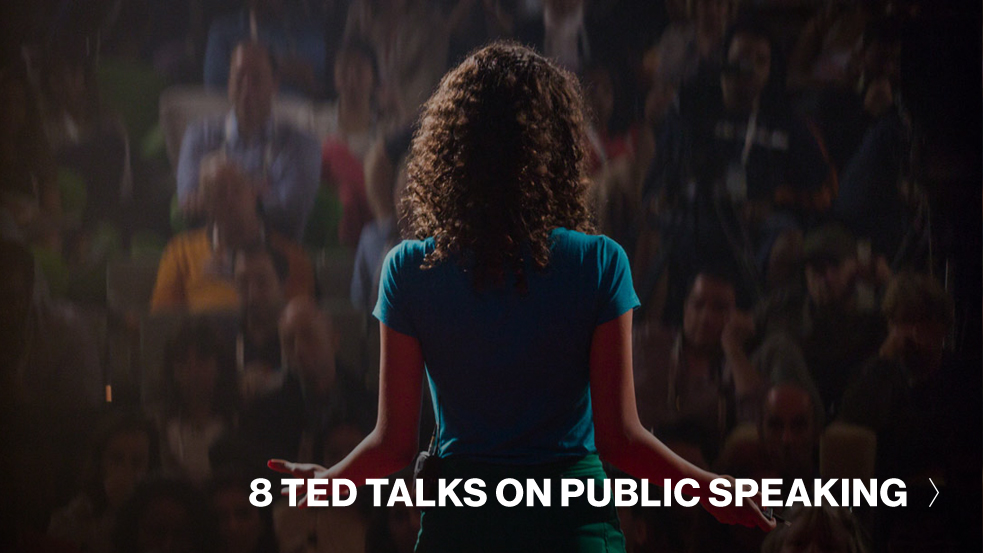 Also, with video, a tech rehearsal is important. Your audience on video is exponentially larger than the people in the room. So by familiarizing yourself with the cameras, you can at least look in that general direction. You know how you’re supposed to look around the audience — look and hold for five seconds, look and hold for five seconds? You should look at the camera as if it’s a human. Get used to seeing that circular lens as a face. Feel like it’s a person you’re talking to, because that audience on camera needs to feel like they’re there and that you’re looking right at them.

To me, presentations are the most powerful device. You can’t really name a movement that didn’t start with the spoken word. TED was once this exclusive, amazing event where ideas were exchanged, but you’ve moved to treating presentations as a media type. You guys have been so refined at it, that what it’s done is created a movement. What TED has done is made a platform for introverts, for scientists, for inventors — to share their ideas in a way that’s clear and appeals to a broad audience so that their ideas spread and get adopted. It’s completely changed how people present. It’s created this desire to be excellent in communication.

When you look at even how businesses communicated in the ’30’s, ’40’s and ’50’s — they were so much clearer and well-crafted. I recently went to the Stanford Library and I got a bunch of old GE Board meetings from, like, 1957. And I thought, “These are so beautiful!” Their presentations referenced history, they quoted things, they crafted their words in such a beautiful way. Then PowerPoint entered into the mix and suddenly there wasn’t any desire to craft anymore. I think TED Talks have brought the desire for the craft back.

Your new book is from the Harvard Business Review. Is it intended for someone who is in business, or for anyone?

All of my books are for anyone who has an idea that they need to communicate! I loved working with Harvard Business Review and I think because of the publisher, business professionals may be more interested in this book. But anyone with an idea can benefit from it. It’s a guidebook, so that people can think, “Oh, I need to know how to do this specific thing. I’m going to go get this book and find that one thing.”

Want more advice on giving talks? Our curator Chris Anderson is writing the official TED guide to public speaking—to be published by Houghton Mifflin Harcourt in spring 2016. Titled Talk This Way!, it will be packed with insights on what makes talks work.