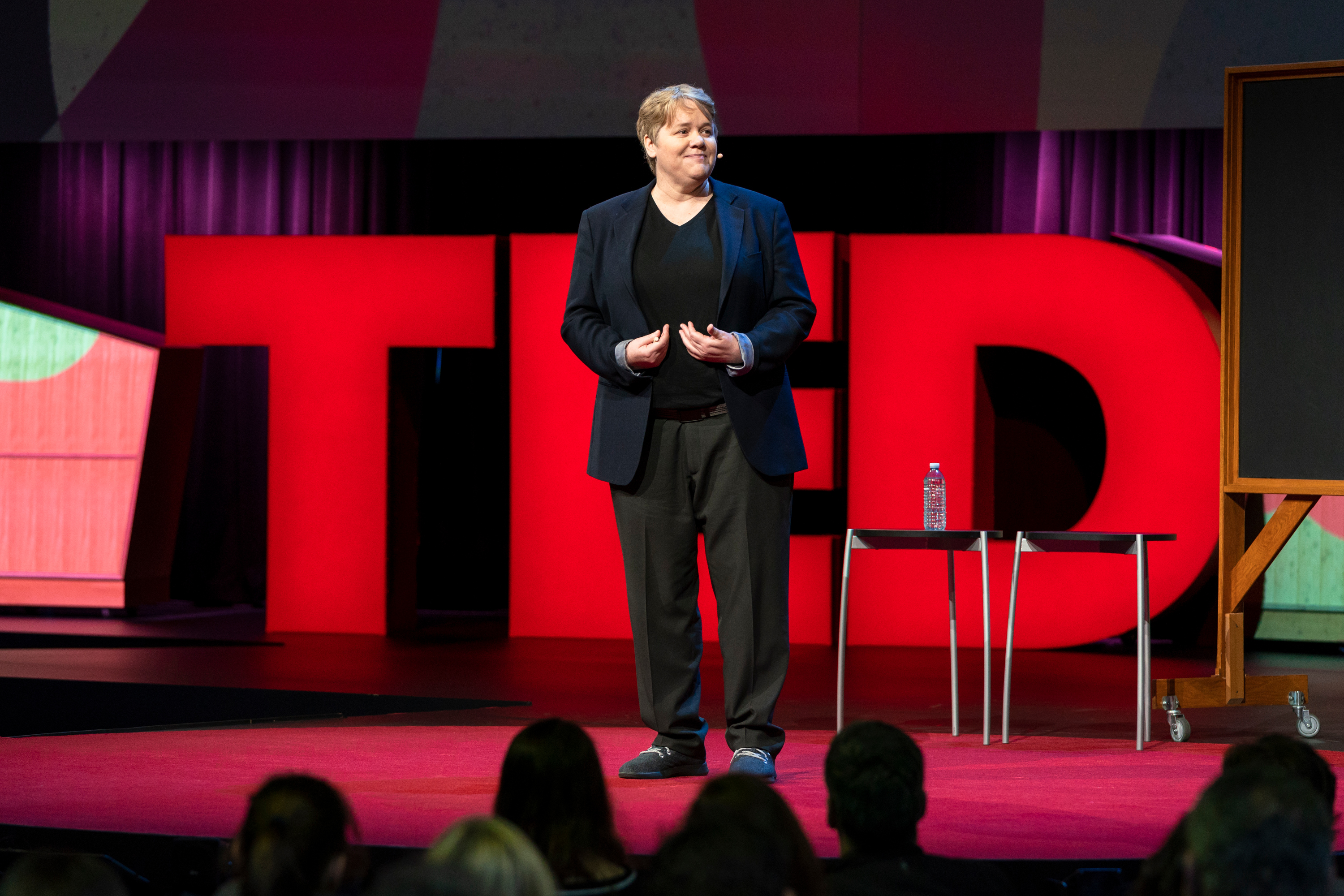 Authenticity is critical to trust, but “if those of us who are different give in to the temptation to hold back our authentic selves, then the most interesting thing about us — our difference — is muted,” says Harvard Business School professor Frances Frei at TED2018: The Age of Amazement on April 13, Vancouver. Photo: Ryan Lash / TED

“It’s my belief that trust is the foundation for everything we do,” says Harvard Business School professor Frances Frei, “and that if we can learn to trust on another more, we can have unprecedented human progress.”

What to do, then, when trust is broken? In companies, there are many reasons that a rupture can happen. Things like data breaches, a culture of bias and discrimination, a CEO caught disparaging an employee, even a technological error that costs human life. And all those things were happening at Uber. Which is why, in 2017, Frei embedded as a full-time employee at Uber to help them figure out how to rebuild trust after the company had so completely lost it. The sheer scale of the hole that Uber had fallen into is what attracted her. “My favorite trait is redemption,” she says, “I believe that there is a better version of us around every corner, and I have seen firsthand how organizations and communities and individuals change at breathtaking speed.”

Frei believes the way to rebuild trust is to understand where you wobble — whether it’s authenticity, empathy or logic that generally gets in the way of someone trusting you — and learn strategies to correct that wobble.

“The most common wobble is empathy,” she says, because “people just don’t believe that we’re mostly in it for them, and they believe that we’re too self-distracted.” Due to the constant demands and distractions of daily life, it can be hard to create the time and space that empathy needs. The fix is pretty easy: “Identify where, when and to whom you are likely to offer your distraction,” says Frei. “That should trace pretty perfectly to when, where and to whom you are likely to withhold your empathy.” If you can truly listen to the people you’re with, you have a chance to fix the wobble.

Logic is a wobble either because your reasoning itself is shaky (in which case, Frei says, “I can’t really help you”) or your ability to communicate it is weak. If your tendency is the latter, consider changing the way you structure your communication. Instead of starting with a story and ending with your point, begin with your point in a crisp half sentence and then support your conclusion — rather than the other way around. Bonus to this approach: If you’re interrupted, you’ve already made your point!

The toughest of the three wobbles to correct is authenticity. While Frei’s prescription is simple — just be you — being your true self isn’t always easy, especially if you are different from the majority in any way. But remember this: Not being authentic damages trust, which can lead to all sorts of unintended consequences. “So, here’s my advice,” she says: “Wear whatever makes you feel fabulous. Pay less attention to what you think people want to hear from you and far more attention to what your authentic awesome self needs to say.” She urges leaders to make sure that their organizations are safe, welcome spaces for people to show up as themselves.

What was Uber’s wobble? “Empathy, logic, authenticity were all wobbling like crazy,” she says, “but we were able to find super-effective, super-quick fixes” for the first two. For example, it had become common practice at Uber meetings for people to text each other – about the meeting. “It did not create a safe, empathetic environment,” Frei smiles. The simple solution: Ask people to turn off their tech, and put it away while talking. When it came to logic, Uber had grown so rapidly that managers had been continuously promoted until they reached positions that outstripped their capabilities. “It was not their fault,” she says. The remedy: They brought in executive education that focused on logic, strategy and leadership.

The last wobble — authenticity — proved harder to change, which is common. “It is still much easier to coach people to fit in; it is still much easier to reward people when they say something that you were going to say.” But, she says, “when we figure out how to celebrate difference and how to let people bring the best version of themselves forward, well, holy cow, is that the world I want my sons to grow up in.”

In a post-talk Q&A with TED curator Helen Walters, Frei says she remains hopeful that trust can be rebuilt within our businesses and institutions, but it won’t happen right away: “I am super-optimistic that everyone can set the conditions to to be more empathic, to use more rigorous logic, to be their authentic selves.”