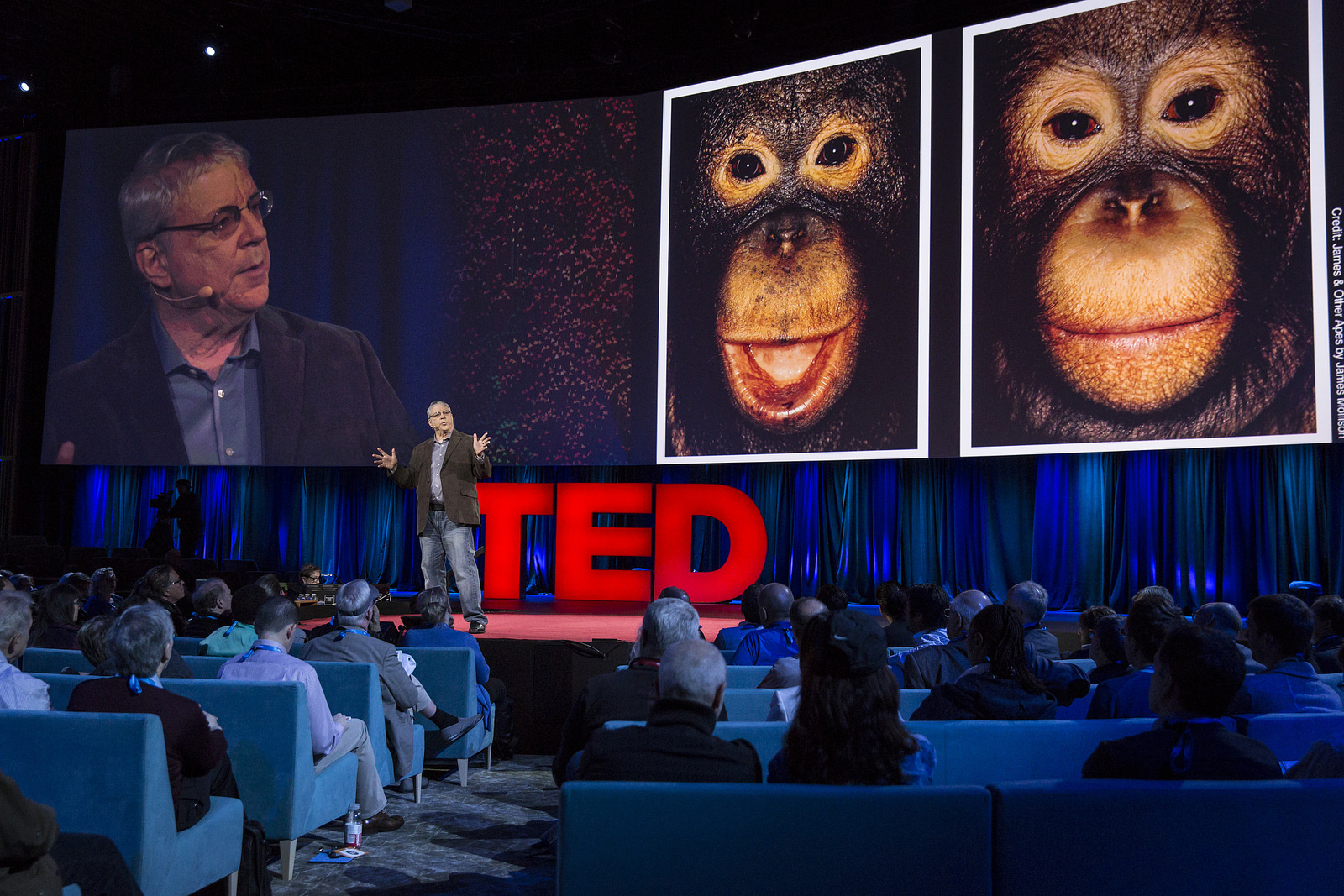 Steven Wise shares the legal argument why animals like chimps should receive rights at TED2015. A judge granted him a major victory this week. Photo: Bret Hartman/TED

Human rights for chimps? This week, TED2015 speaker Steven Wise and his organization, The Nonhuman Rights Project, successfully argued for Hercules and Leo, two chimpanzees who have been used for medical experimentation at Stony Brook University, to be defended against unlawful imprisonment. After a hearing in the New York City Supreme Court, a judge has granted a petition for this case to be heard — significant, as it’s the first time a U.S. court will hear a case that centers around whether primates can have the status of “legal persons.” Wise is optimistic about this first step. “[The judge] never says explicitly that our non-human plaintiffs were persons, but by issuing the order … she’s either saying implicitly that they are or that they can be,” Wise tells The Guardian. The next hearing will be on May 6. (Read about Steven’s talk.)

The zen of drawing. At the start of this video starring graphic designer Milton Glaser, you see a blank sheet of paper from over his shoulder. But as he sketches stroke by stroke, he talks out loud about how drawing helps him get a clearer picture of reality. “For me, drawing has always been the most fundamental way of engaging the world,” he says. Five minutes later, you’ll have a better appreciation for the simple sketch — and a new view of a classic literary figure. Thanks to OpenCulture for resurfacing this video this week. (Watch Milton’s TED Talk, “Using design to make new ideas.”)

Hardship can build character. Pico Iyer wrote about David Brooks’ new book, The Road to Character, in last week’s New York Times Sunday Book Review. The book challenges what Brooks calls the “Big Me” obsession — all that constant work on resumé-building virtues — and asks readers to embrace the idea that hardship can build character. In his review, Iyer applauds Brooks for turning his attention to this topic in the first place. “There aren’t many writers on politics who will study ‘emotional intelligence’ as closely as they do polls,” says Iyer, “and fewer still extol failure as they do success.” (Watch Pico’s TED Talk, “The art of stillness” and David’s, “The social animal.”) 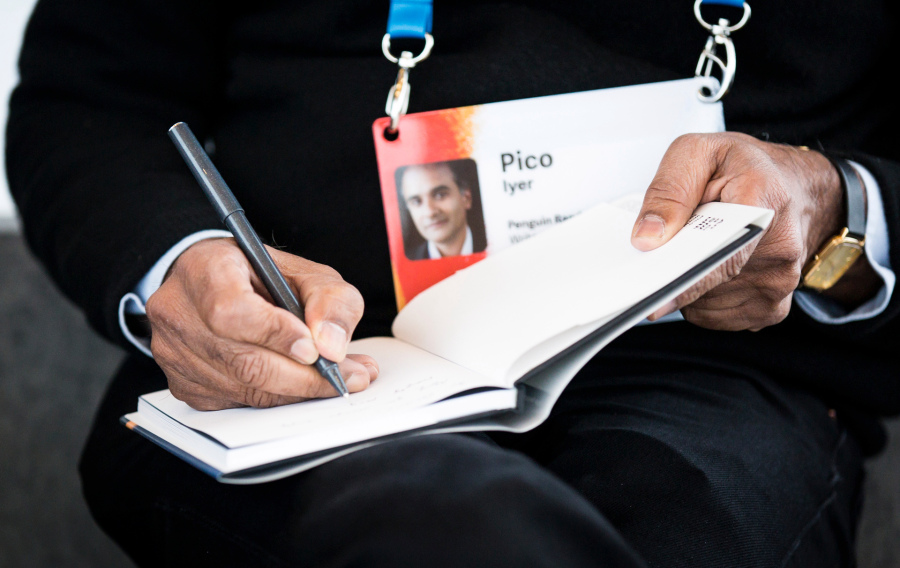 Pico Iyer signs a copy of his TED Book, The Art of Stillness at TED2015. This week he reviewed David Brooks’ latest. Photo: Ryan Lash/TED

Credibility without a credit score. Microfinance has democratized entrepreneurship around the globe by offering small loans to people without credit scores. But how can lenders gauge a potential borrower’s reliability? TED Fellow Shivani Siroya and her company InVenture were featured in Fast Company’s list of The Most Innovative Companies of 2015 for their tech solution to this problem. Prospective borrowers can download InVenture’s Android app , which captures indicators from their everyday lives to assess their relative responsibility. (Watch a Fellows in the Field video about Shivani’s work.)

What to know before starting a music career. “The artistic path doesn’t come with a blueprint for success,” says TED Fellow Somi, in a piece for In Her Shoes about what she wishes she knew before starting her career as a musician. Among her insights: musicians need to know a bit about business development and finance to better market themselves. But the biggest? That being yourself is always the best bet. “When I first started performing in New York City, I didn’t place my African roots at the center of my creative identity, because I didn’t think that people would understand it,” she says. But when she started experimenting with languages and rhythms, that’s when things took off for her. “It reminded me at an early age to always be exactly who you are.” (Read our interview with Somi on what inspires her music.)

One of humanity’s greatest achievements: yo-yo mastery. According to broadcast legend, CNN has a “doomsday video,” designed to be played on the occasion of the end of the world to celebrate humanity’s greatest achievements.  Over the weekend, HBO’s Last Week Tonight with John Oliver created their own version — and it included a clip of yo-yo artist BLACK performing on the TED stage. Way to go, humanity! “We mastered the art of the yo-yo,” explains narrator Martin Sheen. Among other achievements: creating a cereal made entirely of cookies. (Watch BLACK’s TED Talk, “My journey to yo-yo mastery.”)