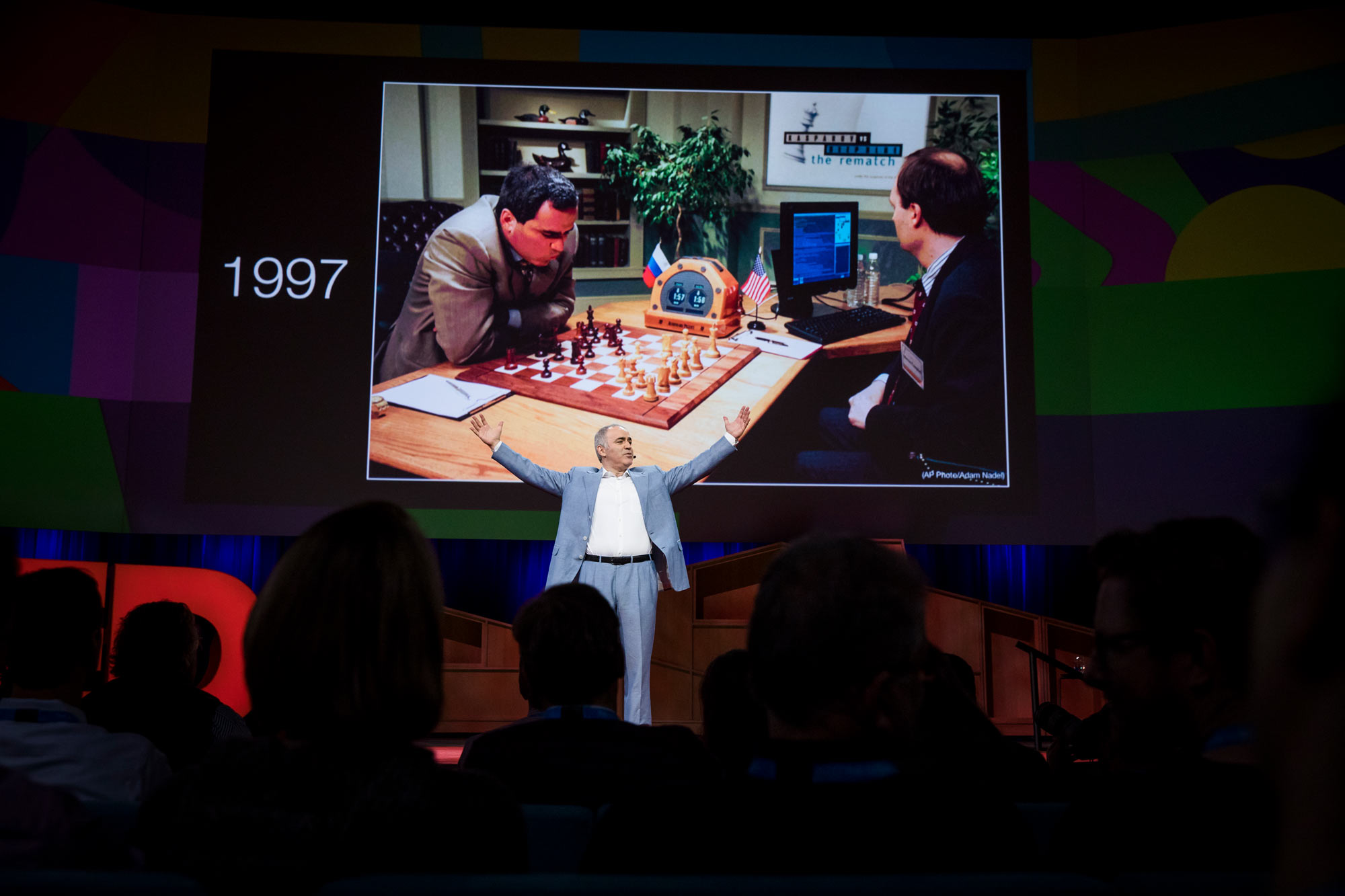 In 1997, Garry Kasparov was the greatest chess player in the world — but he lost a match to an IBM supercomputer. Now, he muses on our fears of growing computer intelligence. Kasparov speaks at TED2017, April 24, 2017, Vancouver, BC, Canada. Photo: Marla Aufmuth / TED

As people worry about the growing power of computers, the first soldier in the human-machine battle is here with a reassuring message: “This is excellent, excellent news,” says Garry Kasparov, regarded by many as the greatest chess player in history. In 1997, Kasparov very memorably lost a match to IBM’s supercomputer Deep Blue. (“Nobody remembers that I won the first match,” Kasparov wryly points out.) “When I sat down at the chess board across from Deep Blue, I immediately sensed something new, something unsettling,” he recalls. “I couldn’t be sure what it was capable of. I couldn’t help wondering, Was it invincible? Was my beloved game of chess over? These were human doubts and human fears — and the only thing I knew for sure was Deep Blue had no such worries at all.”

Instead of worrying about what our machines can do, he believes humans should worry about what they still cannot do. So we must set aside their anxieties, concentrating on “more difficult, more uncertain challenges” to conquer and devising  solutions to them enabled and empowered by technology.

More important, if machines replace us at tasks they can do better and faster, it gives us the opportunity to focus on what makes us human. He explains, “Machines have calculations; humans have understanding. Machines have instructions; we have purpose. Machines have objectivity; we have passion.” He adds, “We will need intelligent machines to help us turn our grandest dreams into reality.”

Kasparov concludes, “If we fail, it will not be because our machines were too intelligent or not intelligent enough. If we fail, it’s because we grew complacent and limited our ambition. There’s one thing only humans can do, and that’s dream — so let us dream big.”

After the talk, TED curator Chris Anderson steps onstage to ask Kasparov about the chess master’s longtime opposition to Vladimir Putin and whether he was surprised about the Russian leader’s interference with the US presidential election. Like his early contest with Deep Blue, Kasparov points out his mistrust of Putin has also been prescient – he wrote his first anti-Putin article in 2001. “I’ve been saying for a long time that [Putin] will go out of our country after running out of enemies in Russia,” he says. “The question was not if but when.” Kasparov recalls that two years ago, he appeared on Bill Maher’s TV show and raised the alarm against Putin. Maher was “tired and not interested. He said, Wake me when he invades Poland.” As Kasparov put it, in 2016 “Putin decided to skip Poland and go straight to Wisconsin.”