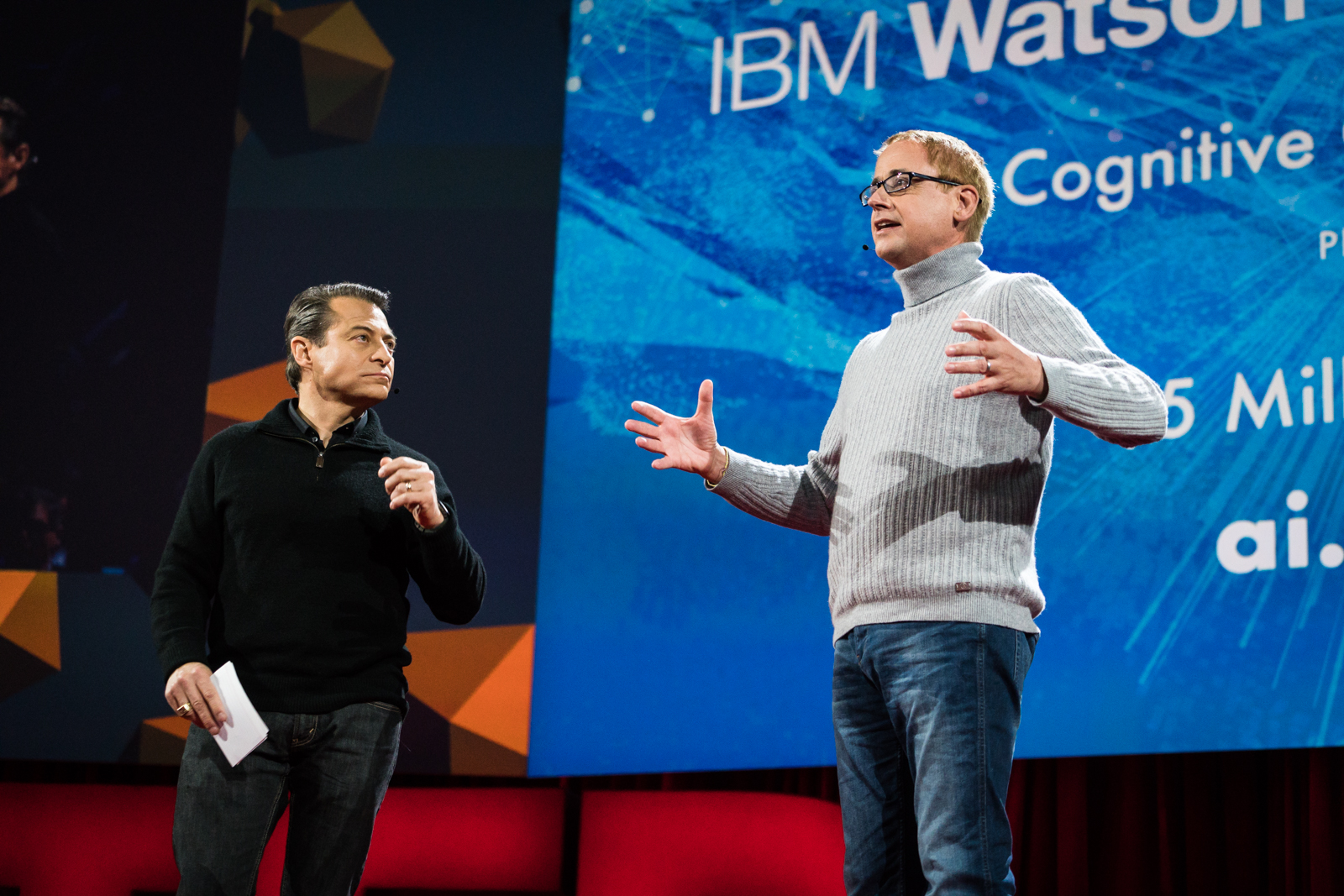 Today at TED2016 in Vancouver, Peter Diamandis of the X Prize joined Dave Kenny of IBM Watson to announce a thrilling new prize in cognitive computing: The IBM Watson AI X Prize presented by TED, a $5 million competition to develop and demonstrate a powerful collaboration between human and artificial intelligence.

The winner of this competition will be chosen by the TED audience in 2020, when three finalist AIs, or AI-human partnerships, will take the stage to deliver a TED Talk about their work, to be put to a vote for the final prize.

Each team can define their own challenge in the area of AI-human collaboration — as Diamandis says, “to effectively call their own shot, and then come up and demonstrate what they’ve done.” In the next three years, Diamandis and Kenny hope to see hundreds of teams go head to head at IBM Watson’s annual developer conference, World of Watson, for interim prizes that will add up to $500,000, and to advance to the next year’s competition. What we hope is they’ll share their successes, and their failures, because that’s how we’ll learn.”

At TED2020, the top three teams, whether AI or human-AI combos, will compete for $4.5 million in purse money on the TED stage. They will all have been evaluated by the judges for technical validity, so it will be the audacity of their mission and the quality of their AI’s talk that will sway the vote and decide the winner.

The prize is important to Diamandis, because, as he says, “I’m sick and tired of the dystopian vision of artificial intelligence. AI is one of the most important inventions we will create to solve humanity’s grand challenges, to understand the potential the future provides for us.”

Kenny, who started his IBM job just two weeks ago (this is his first project on his new job), says: “AI takes information and turns it into decisions. It democratizes knowledge. We’re counting on you.”

Pre-registration is open now at xprize.org/AI, and detailed guidelines will be announced on May 15, 2016.