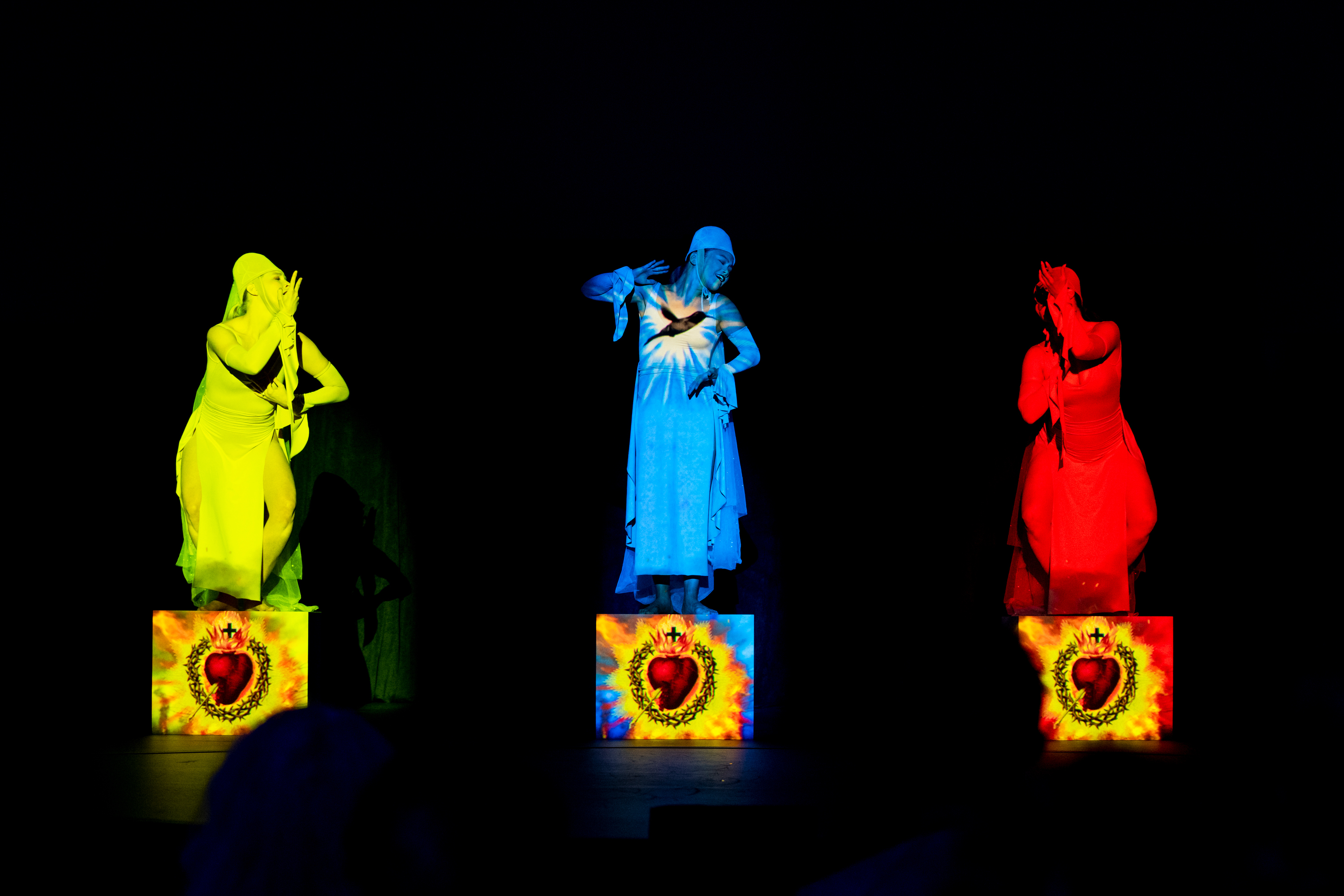 The wondrous, expansive, absurd creativity of humanity was on full display at Session 10 of TED2022, which featured seven brilliant speakers, one deeply beautiful and imaginative performance and a much-needed comedic interlude.

The event: Talks from Session 10 of TED2022, hosted by TED’s Helen Walters

When and where: Wednesday, April 13, 2022, at the Vancouver Convention Centre in Vancouver, BC, Canada

Performance: A talented trio of dancers brought choreographer and creative director Nina McNeely’s contemporary dance piece “Once There Was III” to life. The performance featured a mesmerizing combination of choreography, music and projection mapping.

Comedy: Comedian Pardis Parker made his return to the TED stage with a lively stand-up routine, quipping on Canadian etiquette, the mind-boggling wealth of billionaires and the real secret to leaving a legacy (hint: it involves candy). 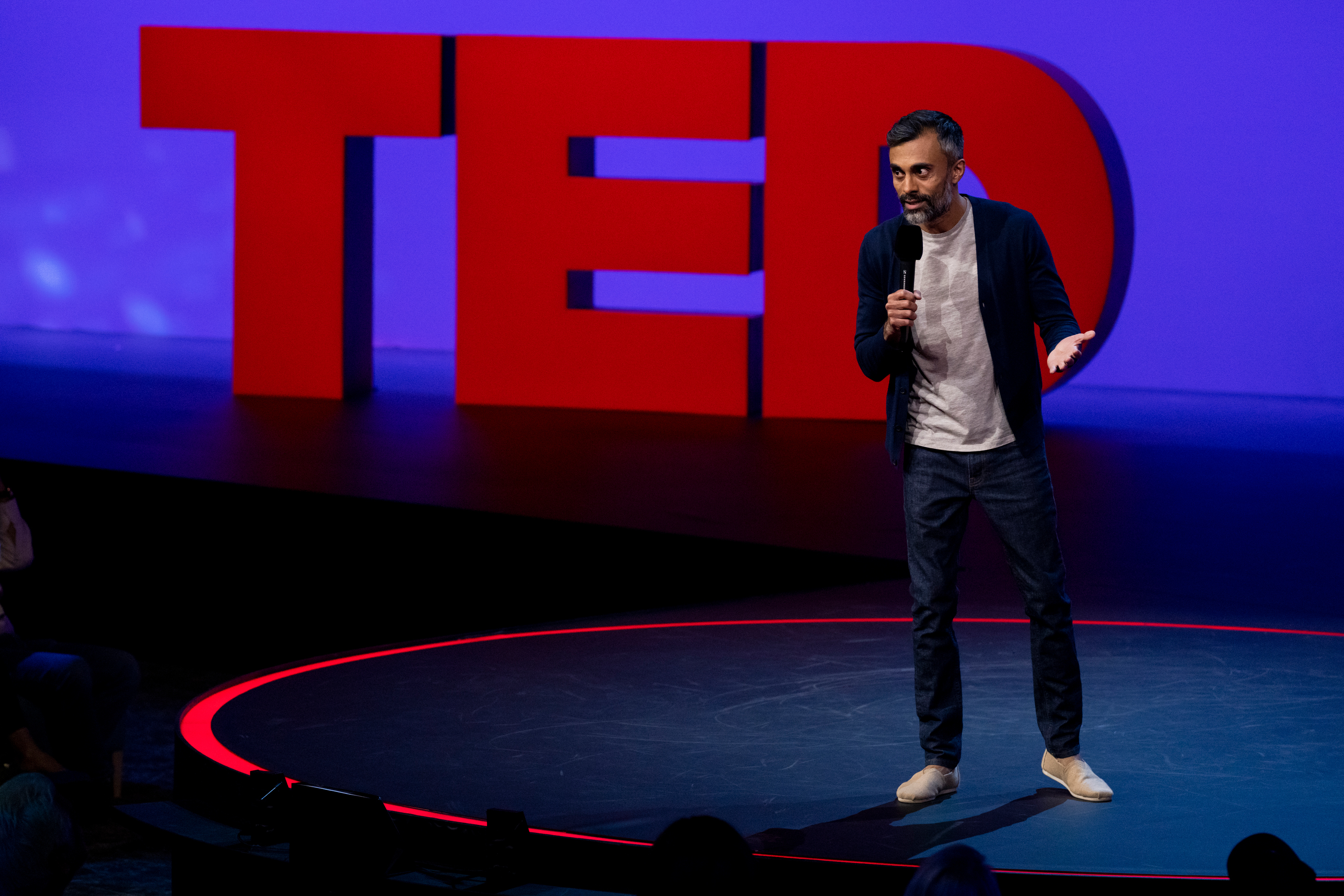 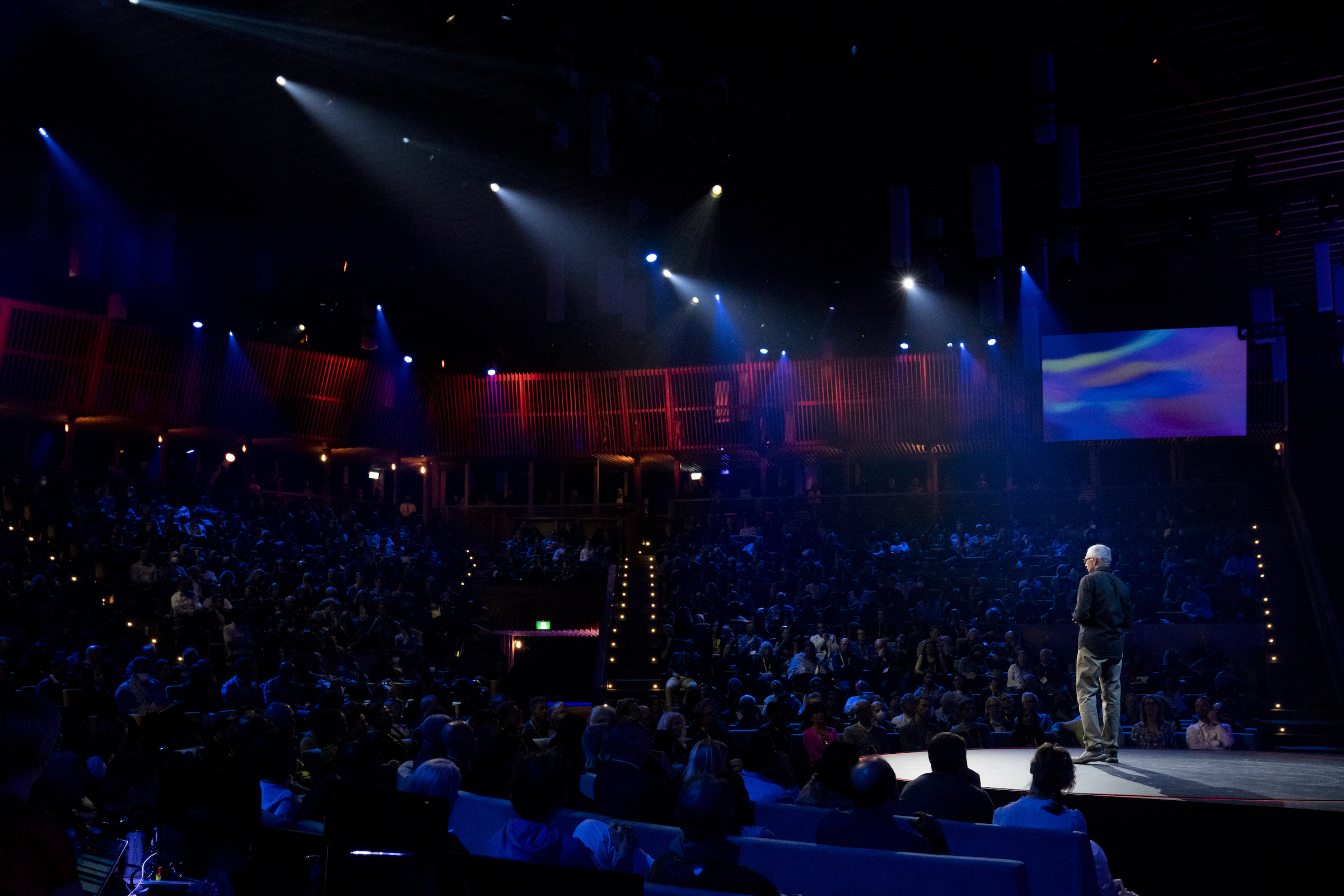 Big idea: Experiences of “altered selves” — from schizophrenia to Alzheimer’s to foreign limb syndrome — challenge our most basic assumptions about the self.

How? The self is a slippery subject, says science writer Anil Ananthaswamy. If you ask yourself, “Who am I?” you’ll most likely answer in the form of a story. Yet people with Alzheimer’s disease lose the capacity to tell accurate stories about themselves, and still their sense of self remains. What about the body? Surely, our embodied selves are integral to who we are. But people with foreign limb syndrome often see their own body parts as horrendous and unfamiliar, and they retain a sense of self. Similarly, many view agency as integral to the self, but not everyone feels this way. People with schizophrenia, for example, don’t always feel like the agent of their actions — so, even without a sense of agency, the experiencing self persists. In light of these diverse human experiences, Ananthaswamy considers the constructed nature of the self and calls for empathy for those experiencing “altered selves.” 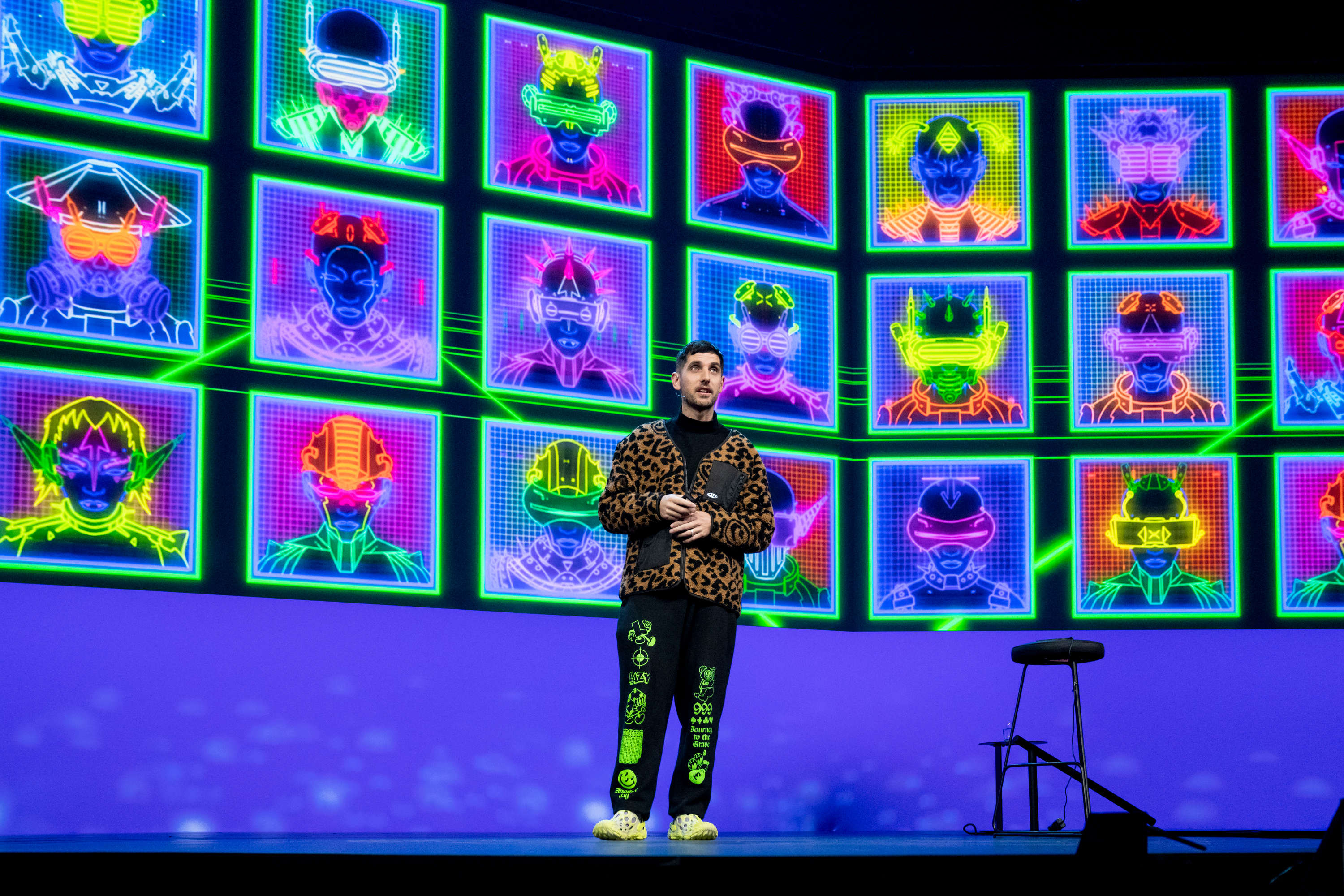 Big idea: We can use metaverse technology to create digital art that enhances and enriches our physical spaces.

How? When many people imagine our metaverse future, they envision a reality where they’ll spend more and more of their lives at home, online and interfacing with others through a digital avatar. But if you’re anything like augmented reality designer Sutu, you don’t want to be stuck inside staring at screens anymore. Sutu’s work shows us how digital art and digital experiences can heighten our experiences of community, creativity and connection in the real world. He introduces us to the LovePunks, a group of young people (and five grandmas) in Western Australia with whom he created a videogame and a digital comic by first getting dressed up, making costumes, painting faces, building sets and brainstorming stories by acting them out. He also shares how he and augmented reality programmer Lukas Karluk started covering the world in augmented art and sharing these tools with other digital artists. (They even AR- hacked The New York Times!) Finally, Sutu invited the TED audience to create a digital doodle that he then wove into a magical metaverse tapestry, delighting even the most techno-hesitant among us. 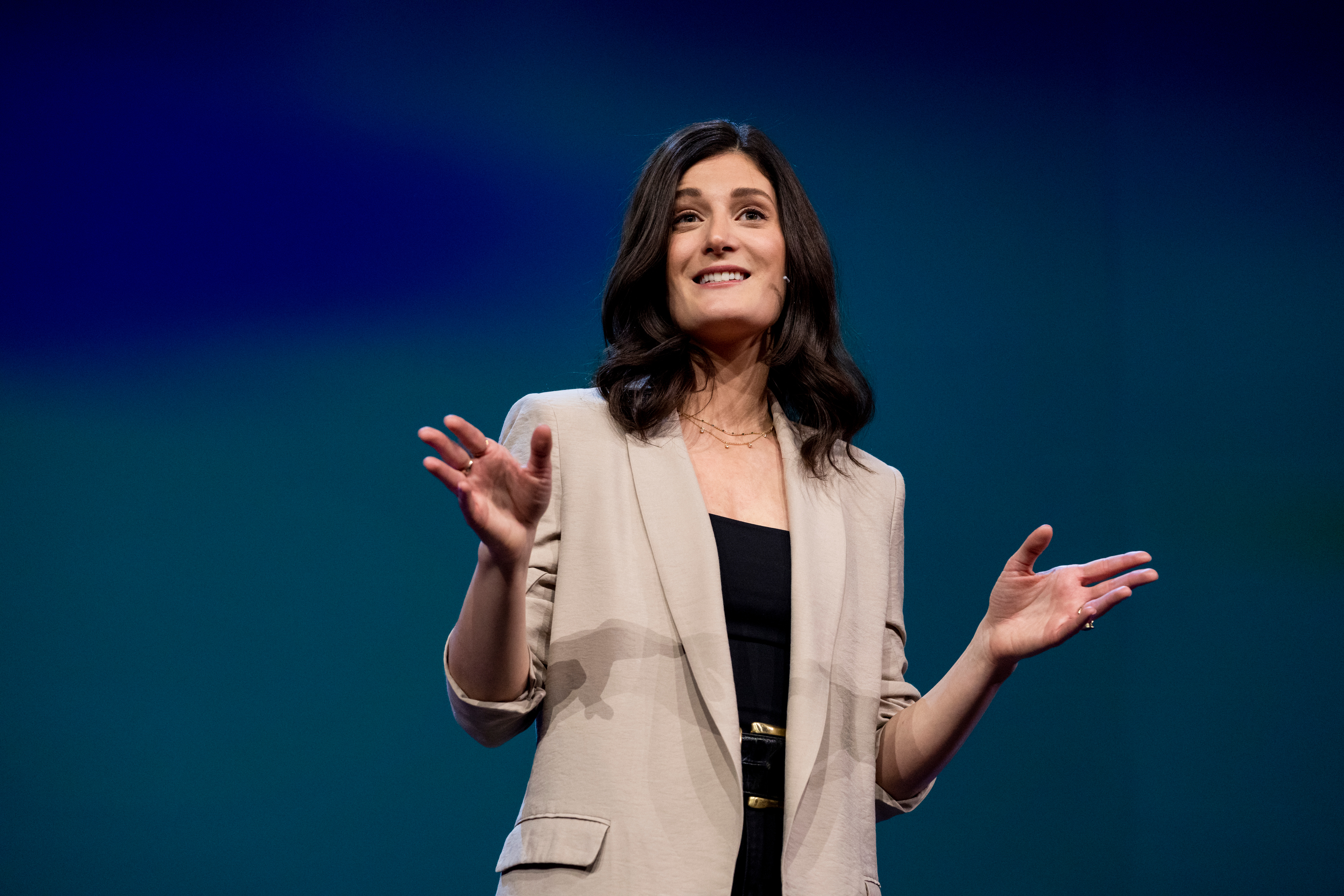 Big idea: The next time you notice you haven’t been in the mood for sex in a while, try some exercises to engage your sexual imagination.

How? The brain is our biggest sex organ, but we often forget about the importance of imagination when it comes to our sex lives, says Gina Gutierrez. As the founder of audio-erotica company Dipsea, Gutierrez wants to remind us of the mind’s power to stoke arousal and desire. Dipsea creates immersive audio stories designed to turn women on. For those who aren’t ready to dive into audio-erotica, she shares some tips to activate your sexual imagination on your own, including settling down before you fantasize (as you might before a meditation) and tapping into your senses. Gutierrez then recommends conjuring a scenario from memory or inventing an entirely new one before imagining an appealing person and how they might approach you. Whatever brings you and your brain pleasure works. 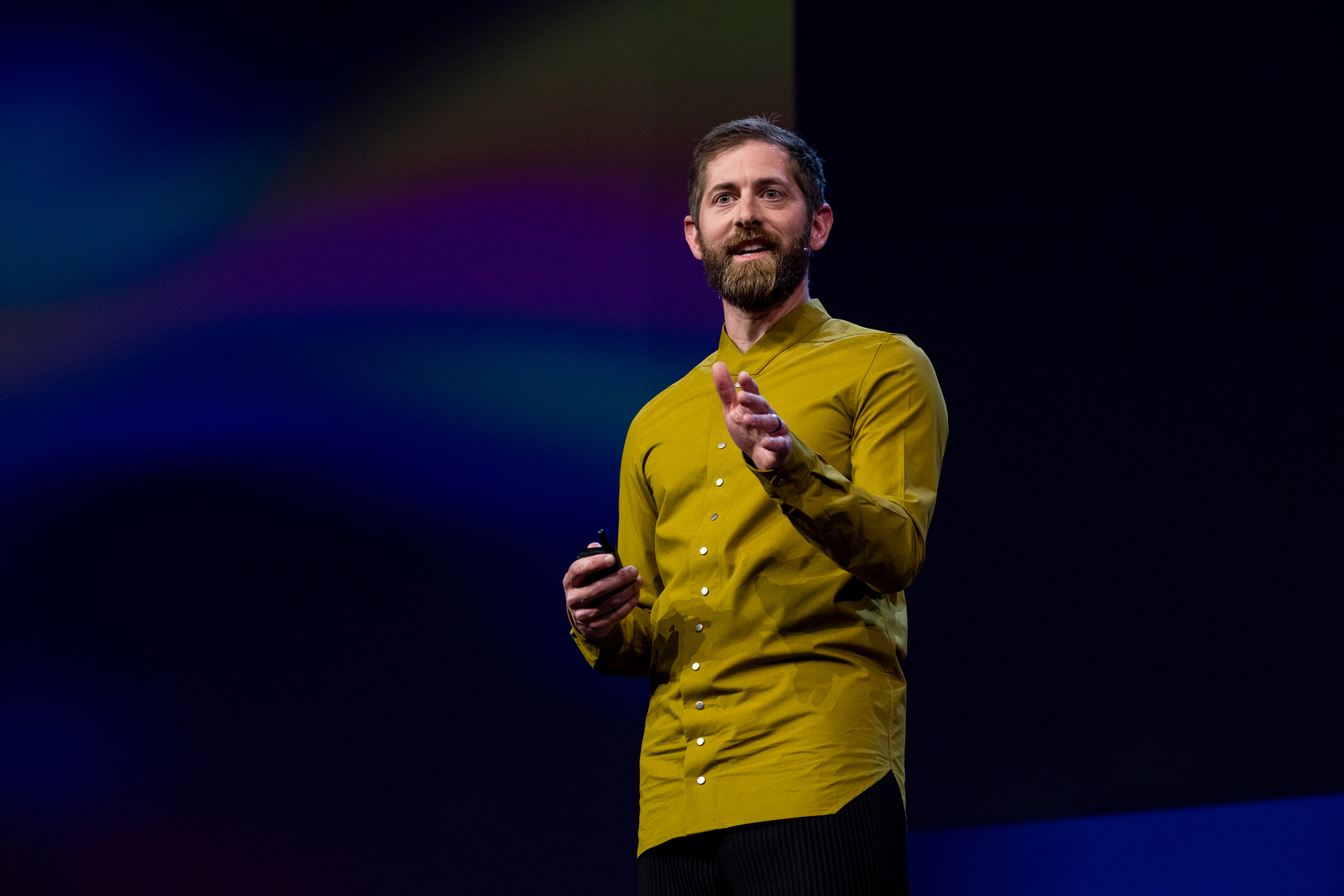 Big Idea: We can transform the environmental impact of the fashion industry by replacing unsustainable materials with natural ones, like spider silk and mushrooms.

How? While pursuing his PhD in chemistry and chemical biology, Dan Widmaier fell in love with the strength and durability of spider silk. From there blossomed a love for all nature-based materials, which he believes can replace the unsustainable, non-biodegradable materials currently used in the fashion industry. He began working to create an alternative leather product that could mimic cowhide’s dense collagen structures, which is what makes leather so strong and flexible. Looking to nature, he discovered that mushrooms contain stringy, fibrous strands called mycelium that are remarkably similar to the collagen in cowhide. He then set up a factory where he could grow and harvest mycelium at scale, and many prototypes later, Mylo — a beautiful, functional and sustainable leather-like material — was born. Mylo requires significantly less space and resources to grow than cattle, and the facilities they are grown in are powered entirely by renewable energy. It can take decades for new materials to go mainstream in the fashion industry, but due to the accelerating impact of climate change, Widmaier knows we can’t afford to wait. He launched the Mylo Consortium, a group of fashion brands including Lululemon, Stella McCartney, Kering and Adida to bring Mylo out of the lab and into the hands of designers — and ultimately, into your closet. The sustainable materials revolution is here; innovators across the world are designing green alternatives for the fashion industry. “This is our roadmap: we went looking to nature for a better alternative to leather and found mycelium hiding in plain sight,” Widmaier says. “Fashion has a golden opportunity to lead the charge to live with nature instead of against it.” 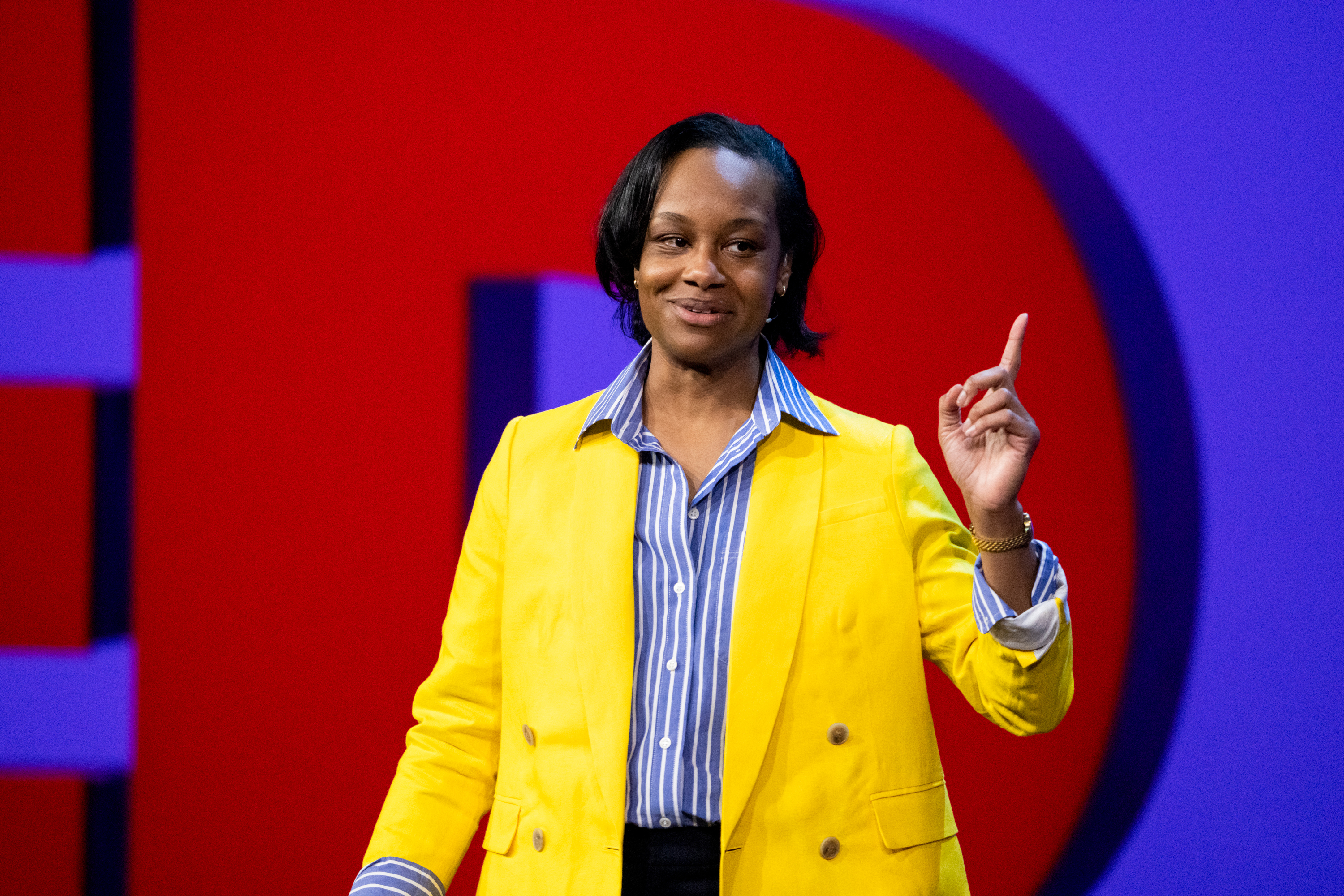 How? A few summers ago, Tiffani Ashley Bell learned that tens of thousands of people were facing water shut-offs in Detroit, and she decided to take action. Channeling her outrage at a system that punished Black and brown people for being poor, she attacked Detroit’s shut-off problem in the “smallest, simplest, most obvious: way possible. Using her skills as a programmer, Bell built a platform that helped strangers directly pay struggling Detroiters’ water bills. As of today, Bell’s non-profit The Human Utility has helped more than 5,000 people with $1 million dollars in water bill payments across the US. “I’m not here to tell you benevolent strangers working from home in their pajamas should replace systemic change,” Bell says. “But if you feel appalled by a problem you see in the world, start small and start simple. What change do you have the time, resources or skills to realize?” 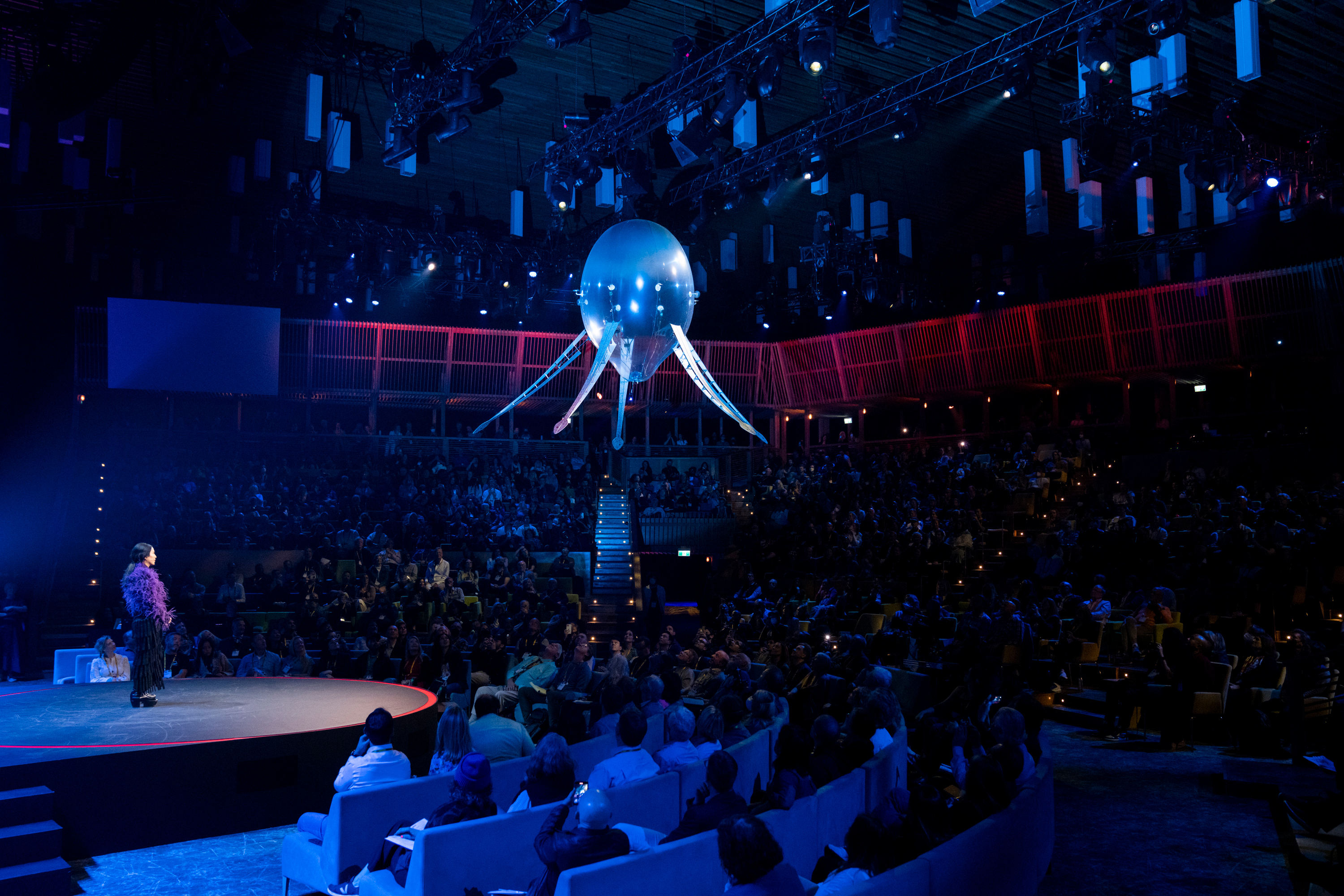 Big idea: Modern tech designers mostly craft machines to emphasize their cold, digital forms and functions. What if we instead designed our devices to resemble and behave like biological entities? Anicka Yi imagines a world built on a symbiotic relationship between humans and our tools — a world where we connect with technology, rather than become alienated from it.

How? Taking cues from soft robotics and designs from nature, Anicka Yi and her team created what she describes as “an aquarium of machines” at London’s Tate Modern, building lighter-than-air robots that could freely roam the museum space and interact directly with visitors as autonomous life forms. Amongst machines that resemble life forms, we might feel a sense of awe rather than fear — a sense that these machines are fellow creatures, rather than alien beings. “What if our machines could be more than just our tools, and instead, a new type of companion species?” Yi asks. “What would it feel like to live in the world with machines that could live in the wild and evolve on their own?” 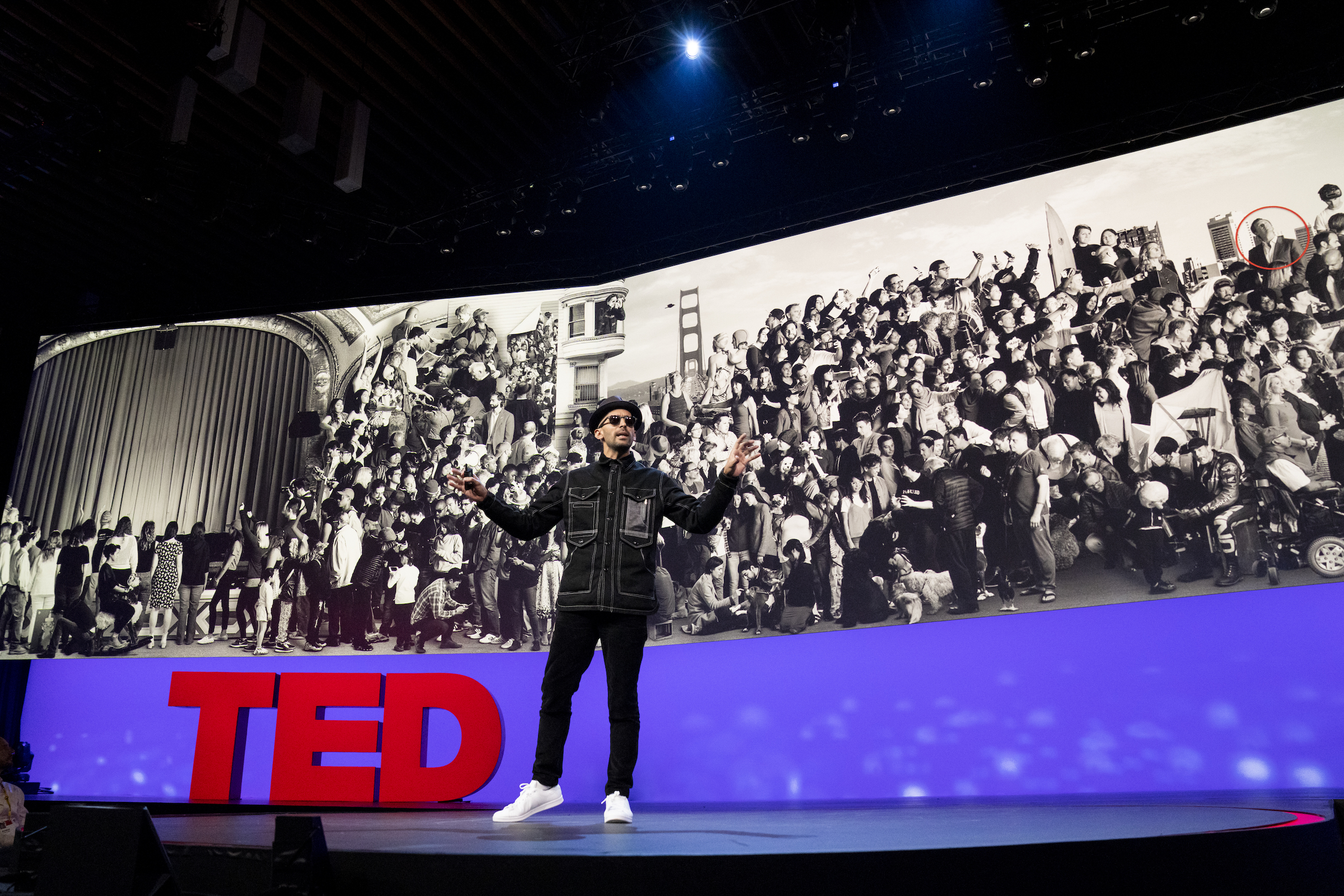 Big idea: Famed for his enormous black and white portraits that tell stories and adorn surfaces from the Louvre to the favelas of Brazil, JR continues to tackle ambitious projects — most recently, a massive mural at a supermax prison in California that tells the stories of those confined inside its walls.

How? Granted unprecedented access to a California maximum-security prison, muralist JR set out to photograph and record the stories of a group of inmate volunteers — and then paste their enormous paper group portrait on the floor of the prison’s exercise yard. Viewed from above using drones (which many prisoners had never seen before), inmates were able to connect with themselves and the outside world from a new perspective — and many of them reaped positive impacts they never deemed possible. “Art can change things … but can it change the world, or can it change a man?” JR asks. “Before you answer that question, think: at some point in your life, have you changed? And if you did, why can’t they?”