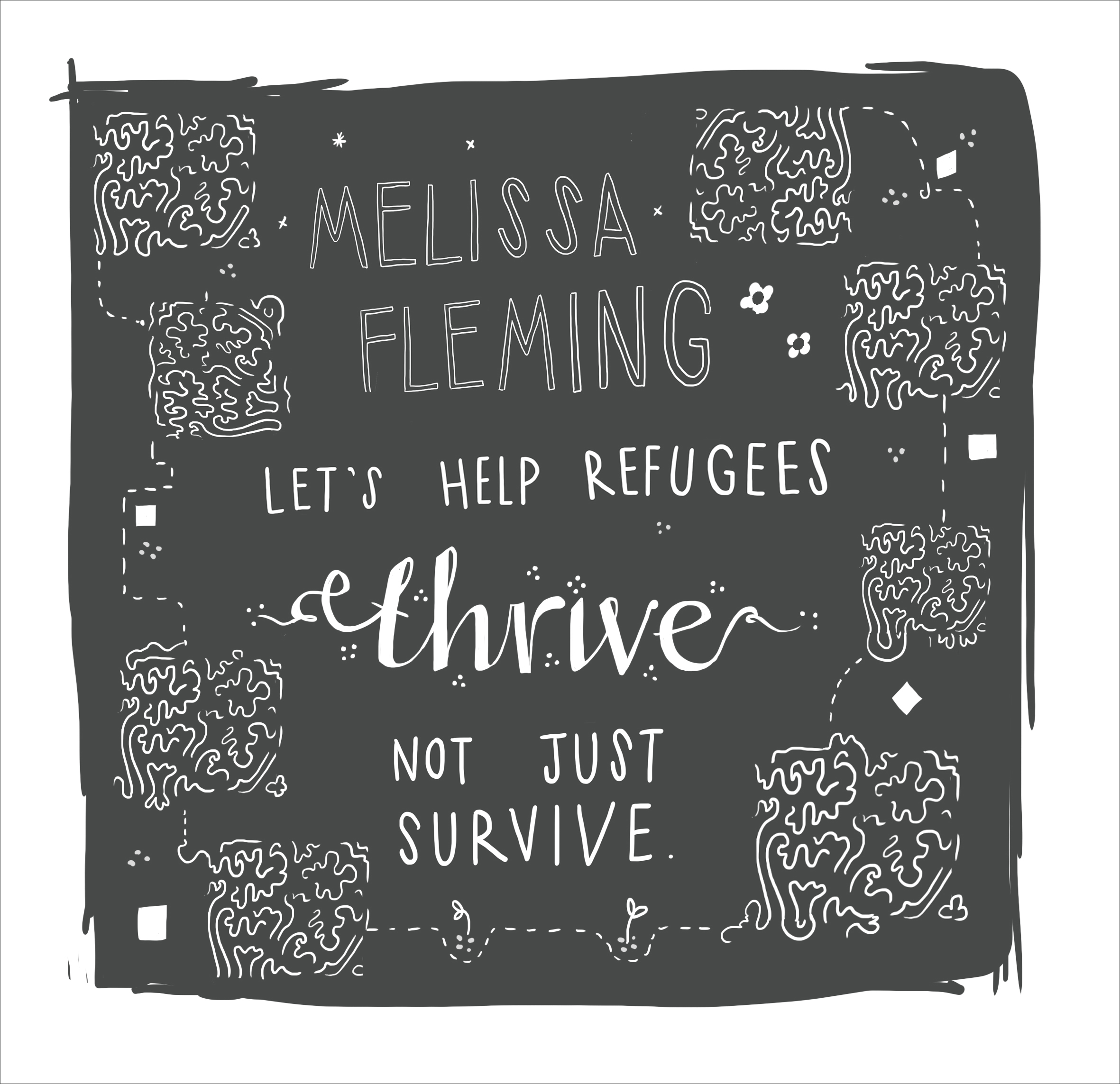 “Syrians are just looking for a quiet place where nobody hurts you,” says one refugee, who survived a capsized escape craft on his dangerous journey. Clarice Holt, an illustrator in London, was moved by the simple, powerful truths she heard in Melissa Fleming’s TED Talk, “Let’s help refugees thrive” — and made these beautiful illustrations to show the personal stories and shattering data of the modern refugee crisis. 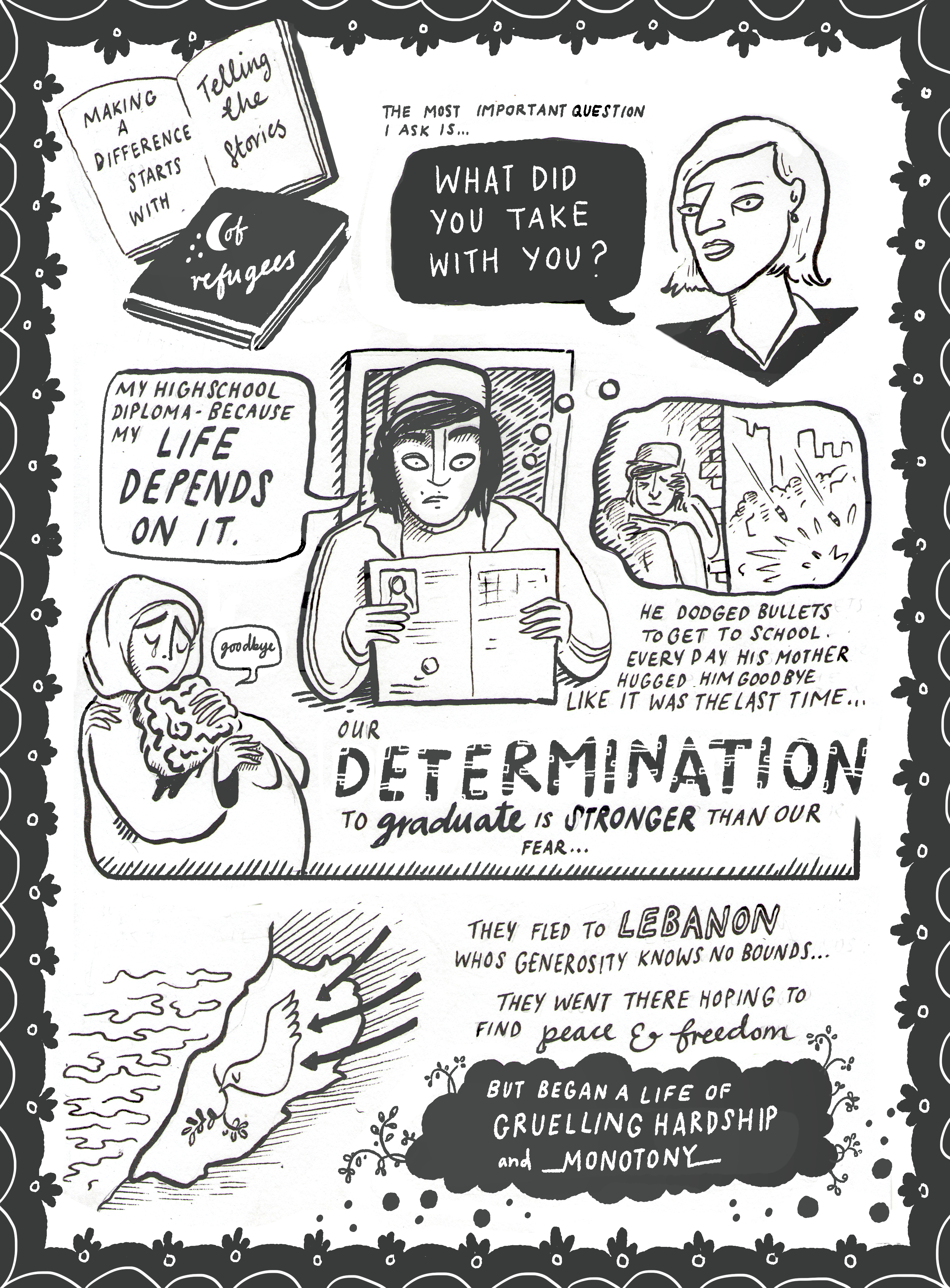 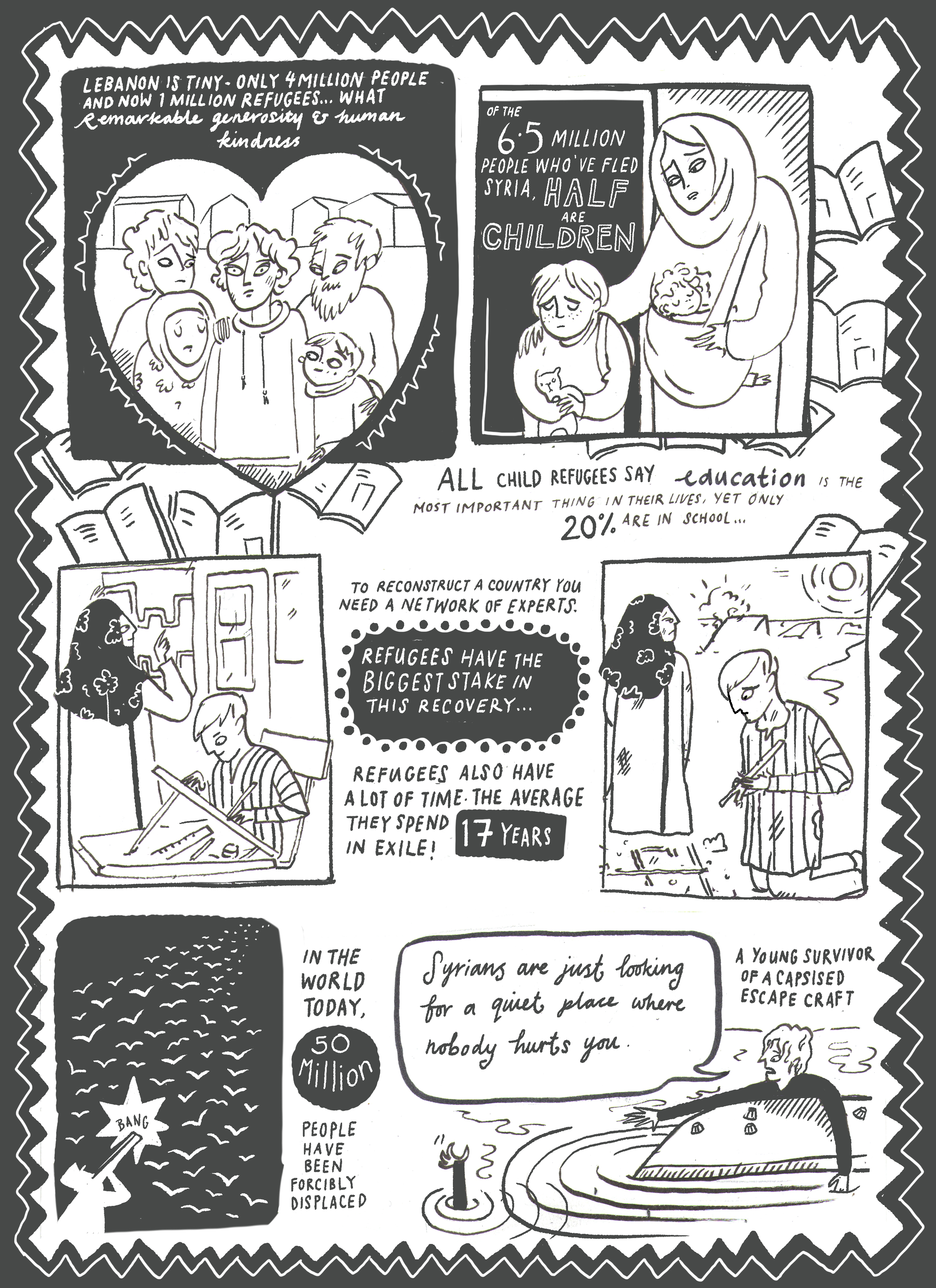 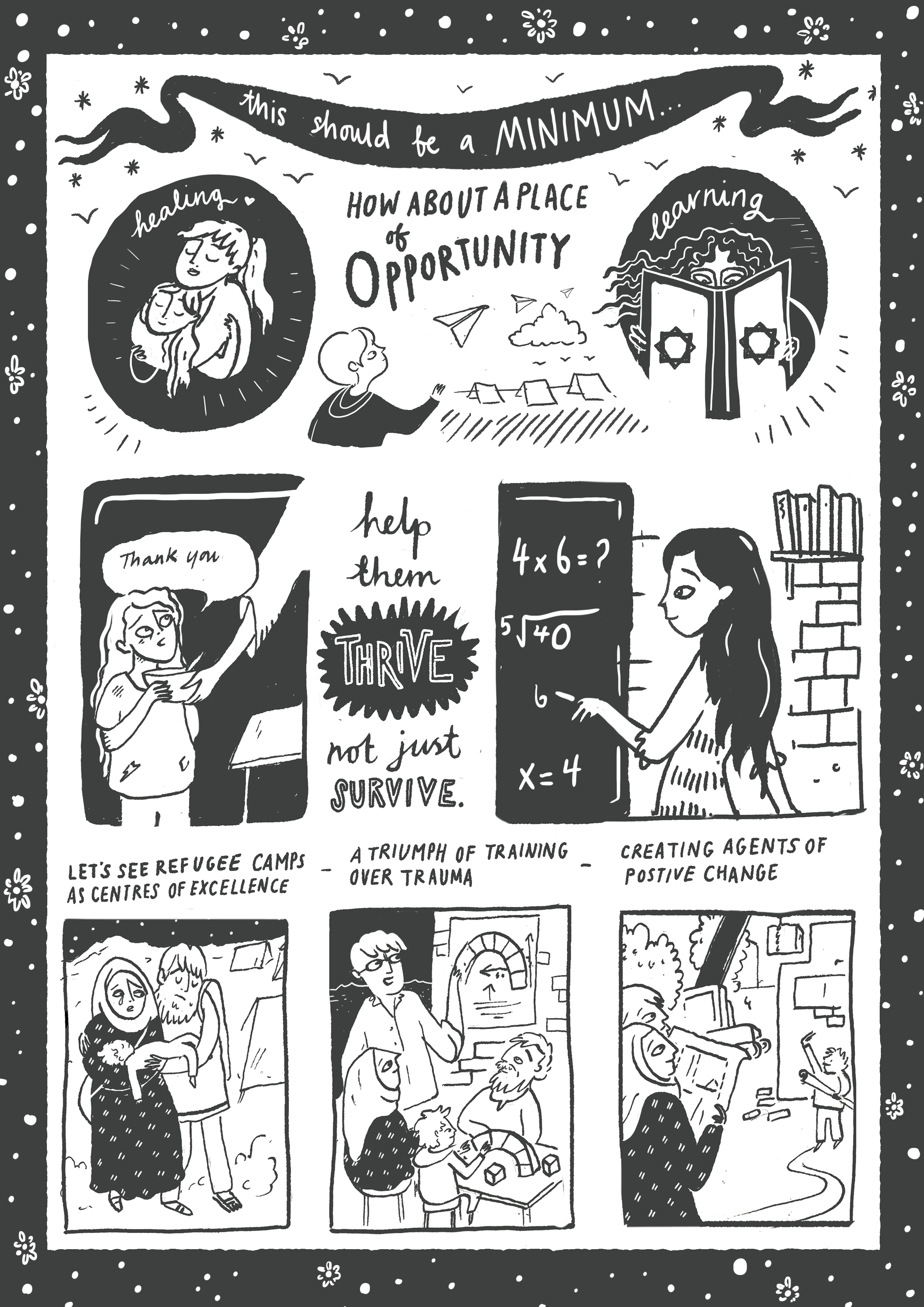 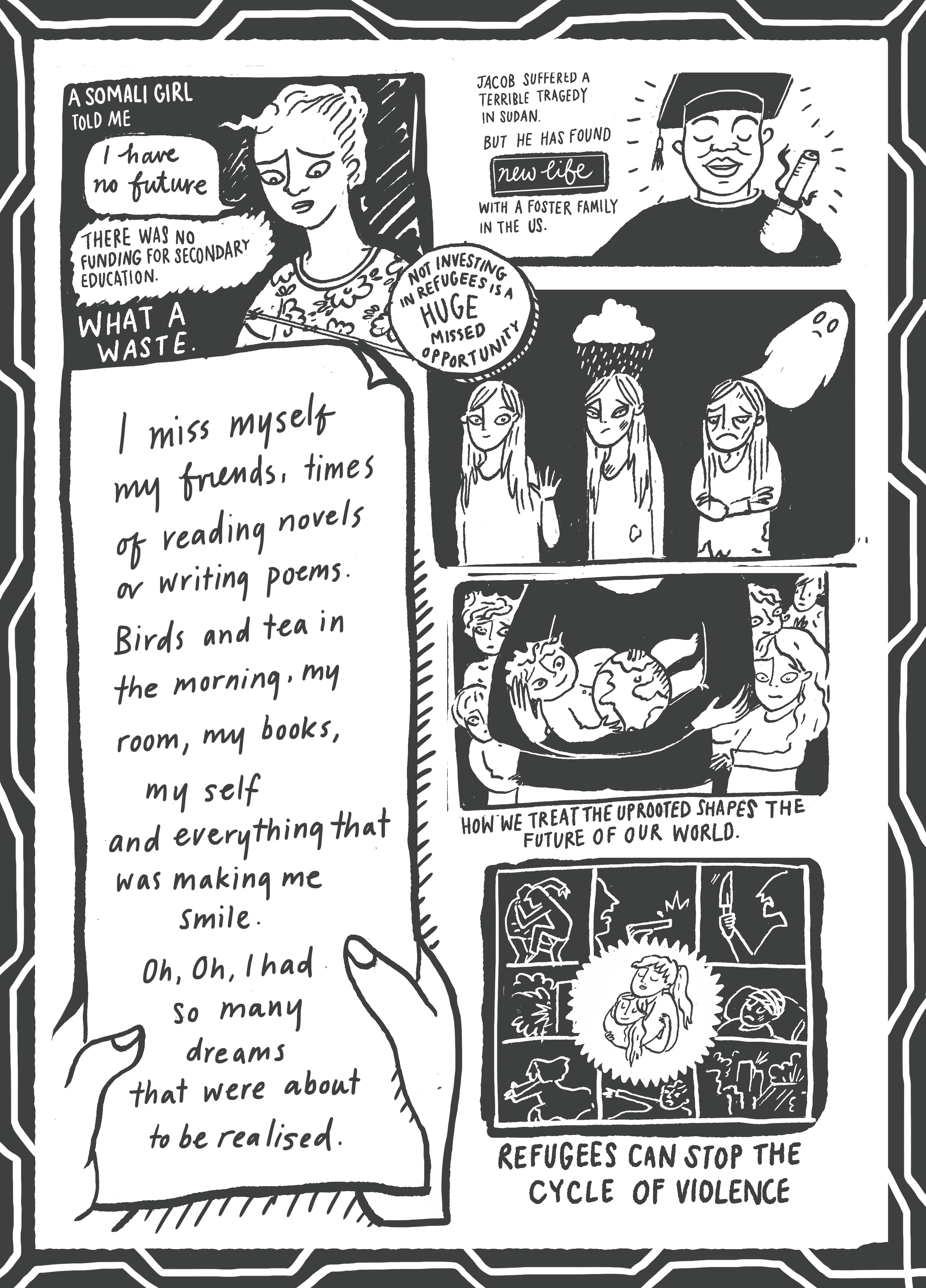 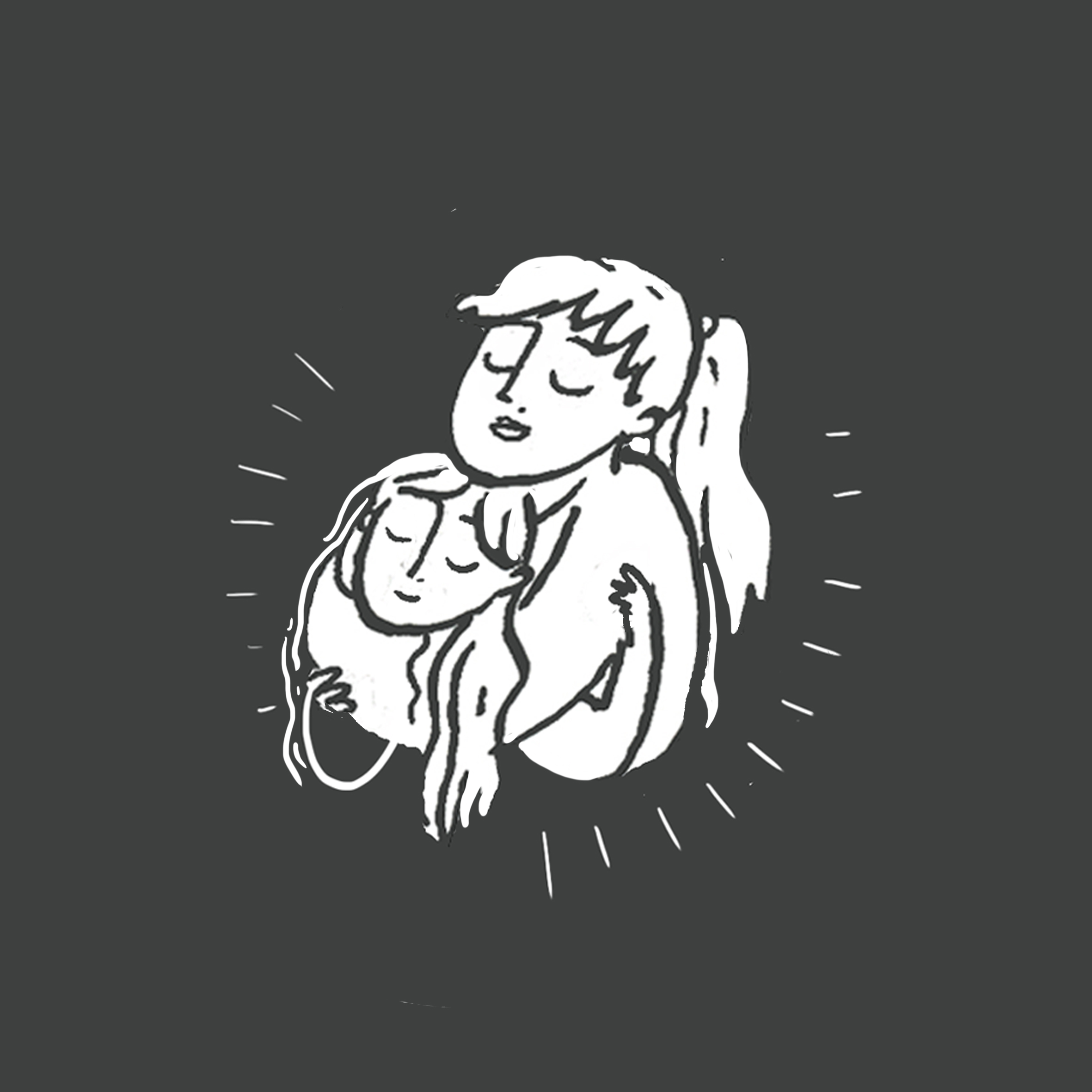 About the artist: “An illustration can be like Mary Poppins’ spoonful of sugar,” says Holt. “If someone is captivated by an image, they can absorb so many things along with it.”

Holt began the sketch in pencil, then used a brush pen to draw the images. She cleaned it all up using a Wacom tablet and her laptop. “I am really into pattern, and the fact that the talk centered on Syria, which has a rich history of decorative art, inspired me to cram as many patterns in as possible,” she says. “I chose to make the whole thing a dark, charcoal gray—a nod to the monotony and hardship of refugee camps.”

Melissa Fleming saw the sketches on Twitter. “I was blown away,” she says. “It warms my heart that a young artist in England would care enough to engage her talent to make a difference for the refugee cause.” She retweeted to share the images — and then emailed TED to tell us about them too. “I love how she highlighted the facts and figures, but brought the personal stories alive. It is a complete talk in itself in a few evocative frames,” she says.

As Holt says, “I hope it makes people want to go and give the gift of their talents, whatever those may be, to people who need them to rebuild their lives. I hope this image passes on that itchy, scratchy, philanthropy feeling that I got from Melissa’s talk.”

Watch this powerful TED Talk, which manages to make an issue that usually feels overwhelming and distant feel personal, immediate and changeable. 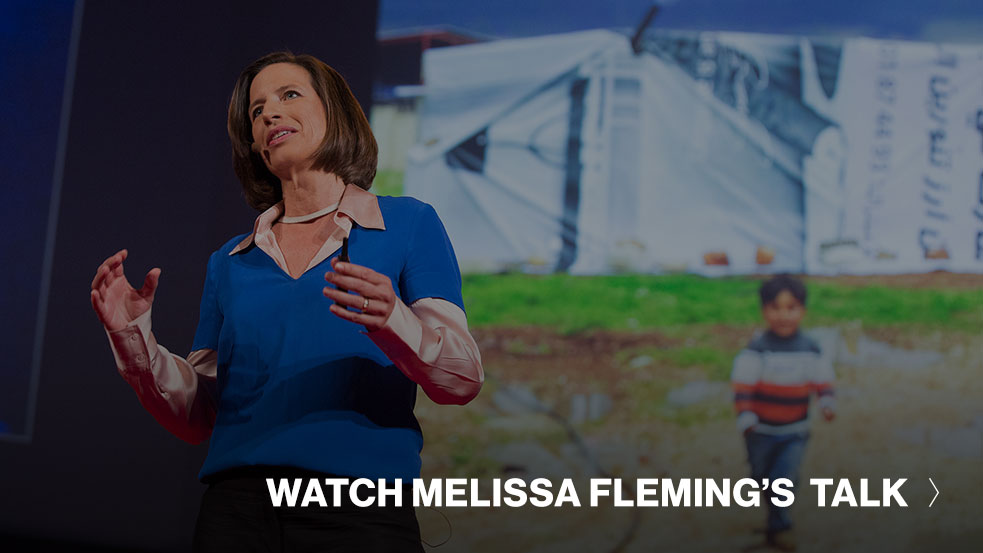 Fanfare shares art, music, video remixes and more created by TED fans around our content. Have something you’d like to share? Write contact@ted.com and tell us about it.