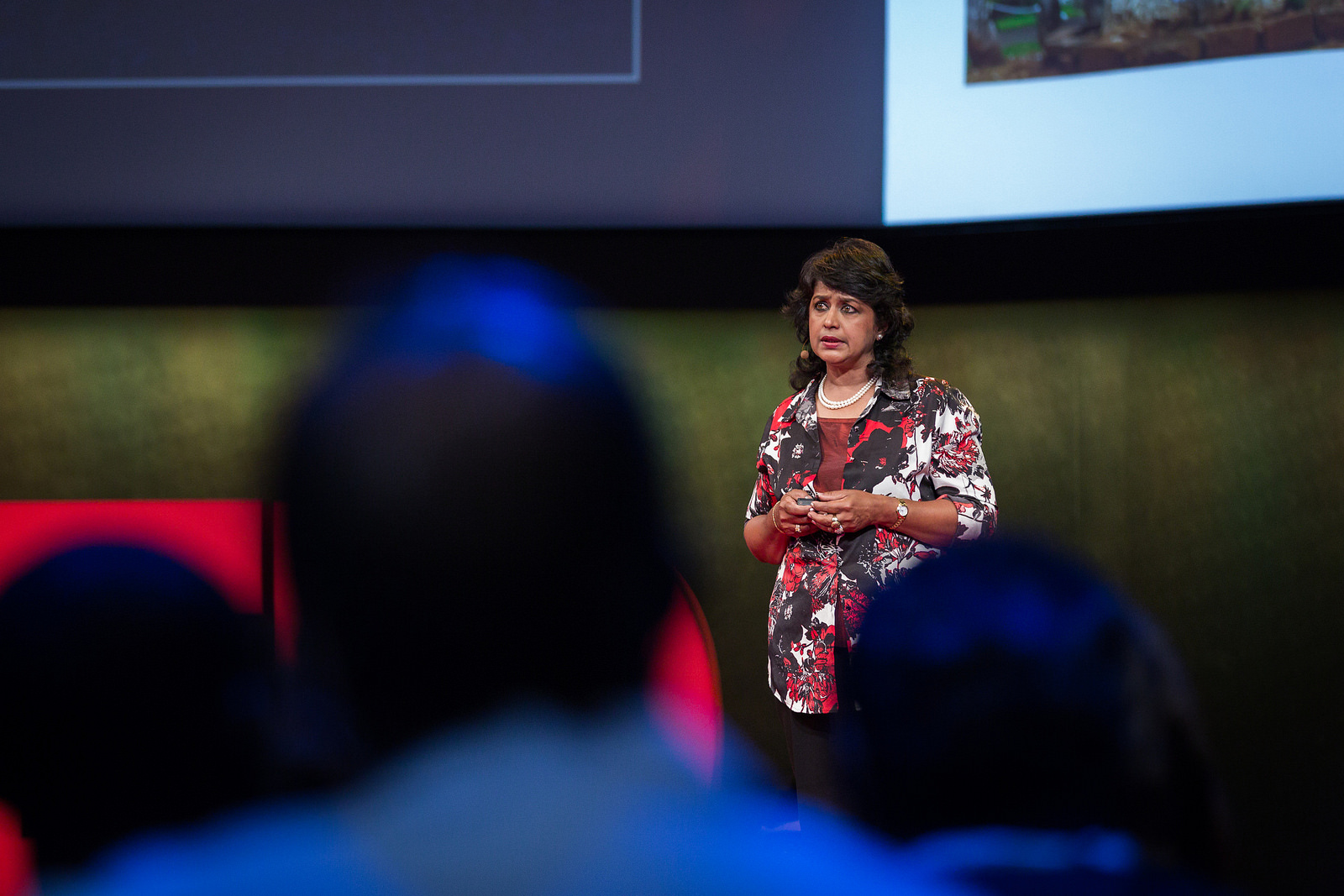 Day 2 of TEDGlobal brought a slew of fascinating talks. Below, a few of today’s highlights…

Ameenah Gurib-Fakim makes us wonder what a “monkey apple” tastes like. Early this morning, biodiversity scientist revealed some of the amazing plants with unusual medicinal properties that grow in the Mascarene Islands. She dropped a pretty incredible fact — that the fruit of the baobab tree, dubbed “the monkey apple,” has more protein than human milk. Which had us all thinking: so how does it taste?!? [Read a recap of this talk.]

The secret to getting support for a project? Throw a barbecue. Haas&Hahn are known for their projects that turn the favela houses of Rio into a giant canvas. How to win support to paint someone else’s neighborhood? The pair reveal their surefire way to win over the neighbors: “We threw a lot of barbecues. The importance of the barbecue: It turns you from a guest into a host.” It’s a step they repeated when asked to paint in North Philadelphia (“We moved in and started barbecuing”), and a trick that many TED attendees will likely use from now on. [Read a recap of this talk.]

Monkeys move an image on a screen with their minds — but only if they work together. Brazilian neuroscientist Miguel Nicolelis (watch his previous TED Talk) created an exoskeleton that allowed a paralyzed young man to deliver the opening kick of the 2014 World Cup. Now he’s working on brain-to-brain interfaces between animals. He showed film footage from his lab demonstrating some of this incredible animal brain-melding, including rats that can send one another a “mental SMS” to pull a certain lever. (“Pssst, this one gives you snacks.”) He also shared the very cool thing that happens when monkey put their heads together, using their collective brain power to move a dot onscreen. Go, you monkeys! [Read a recap of this talk.]

Major tears, courtesy of Melissa Fleming. In session 7, the spokesperson for the UN’s High Commissioner for Refugees talk about the current refugee situation in a way that made the hardships of their lives feel visceral and immediate — not just sad and far away. To Fleming, the tragedy isn’t just that there are 50 million displaced persons in the world — a number that hasn’t been higher since WWII — but that after facing destruction and death, their potential for a new life, for transcending their past, is never realized. Only a small percentage of children in refugee camps get an education and as, one teenage refugee she met put it, “If I am not a student, I am nothing.” Heartbreaking. [Read a recap of this talk.]

Stay tuned tomorrow for much more coverage of TEDGlobal 2014…

Get highlights from TEDGlobal, Day 1 >>

Get highlights from TEDGlobal, Day 3 >>