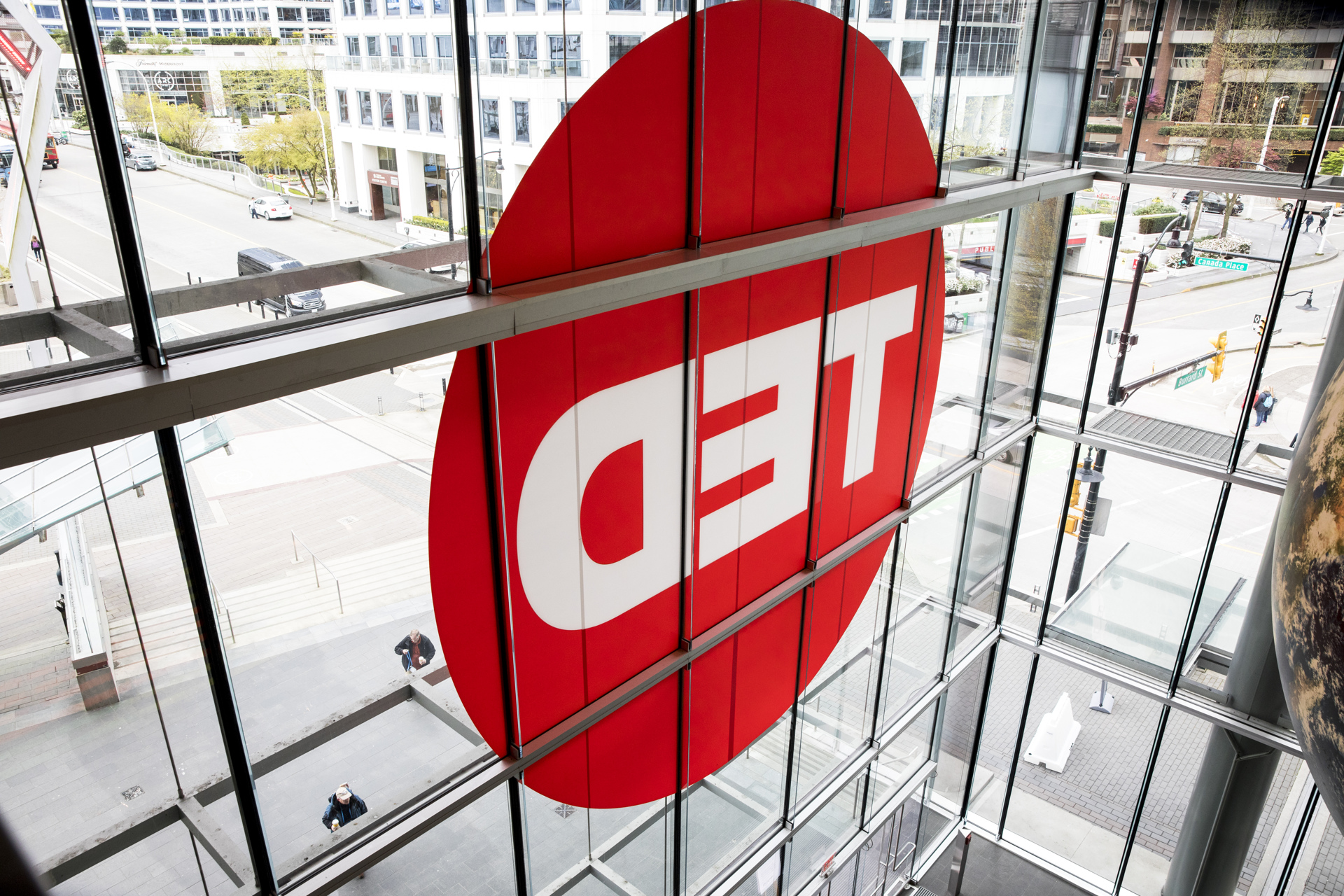 On Day 5 of TED2017, one two-hour session included a in-depth conversation with Elon Musk and a powerful talk from writer Anne Lamott. The themes they shared echoed throughout the conference. Photo: Marla Aufmuth / TED

Over the past five days, the TED2017 conference has explored the theme “The Future You.” This has spanned an incredible number of ideas on a huge array of topics. Below, a tour through some of the key themes that emerged — through the week and in the double-stuffed session of day 5.

All eyes on AI. How will artificial intelligence reshape our world? TED2017 brought many answers. The conference kicked off with a dance between a robot and human, followed by chess grandmaster Garry Kasparov’s call to add human purpose and passion to intelligent machines’ ability to calculate and parse. Then, in a session called “Our Robotic Overlords,” Noriko Arai showed the secrets of an AI that can pass a college entrance exam, Joseph Redmon revealed an algorithm (called YOLO) that lets AI identify objects accurately, Stuart Russell outlined a plan for aligning AI values with our own, and Radhika Nagpal imagined AI based on the collective intelligence of schools of fish. Later on, Martin Ford warned that, with AI mastering the ability to learn, humans are headed toward a future without work — which will require radical adjustments in society. And Robin Hanson brought us to a trippy possible future where “ems,” emulations or uploaded human minds, run the world.

The need to erase the boundary between ‘me’ and ‘us.’ Some cultures worship many gods, others one. Us? We worship the self, said Rabbi Lord Jonathan Sacks — we think in terms of self-realization and partake in “that newest religious ritual: the selfie.” Sacks challenged us to replace the word ‘self’ with the word ‘other’ and see what happens. “The only people that will save us from ourselves is we.” That thought boomeranged through the week. His Holiness Pope Francis delivered a beautiful message of solidarity: “If there is an ‘us,’ there is a revolution.” Anna Rosling Rönnlund took us to “Dollar Street,” where the world’s poorest people live on the left and the richest on the right. “The person staring back at us from the other side of the world actually looks like you,” she said. Luma Mufleh shared her experience coaching a soccer team for refugee students in Georgia, and how she wished everyone people could stop seeing these young people as others to keep out and embrace them as they rebuild their lives with determination, resilience and joy. In a scathing look at ageism, Ashton Applewhite pointed out, “All prejudice relies on ‘othering.’” Finally, Jim Yong Kim, president of the World Bank, summed it up this way: “The Future You will depend on how much The Future Us brings opportunity to every child on Earth.”

The future is now. Want a robotic dog that can deliver packages and fetch you a soda? Marc Raibert showed it to us. Waiting for your personal flying machine? Todd Reichert demoed the Kitty Hawk Flyer, a 254-pound personal electric aircraft, and Richard Browning showed us an IronMan-like suit designed for hovering. Meanwhile, Elon Musk said that the future of Earthly transportation isn’t above our heads, but below our feet, and talked about building a high-speed tunnel network under Los Angeles. Tom Gruber, co-creator of Siri, wondered if a superintelligent AI could augment our memory by helping us remember everything we’ve ever read and every person we’ve ever met. Ray Dalio shared how, at Bridgewater Associates, every meeting and interaction is recorded for other employees to watch and assess — and algorithms help employees learn strengths and weaknesses. Wang Jun is creating digital doppelgangers that would let you see what would happen if you, say, ate less meat or took a certain medication. And Anne Madden introduced us to microorganisms that can make sour beer and, oh, potentially vaccinate against PTSD. 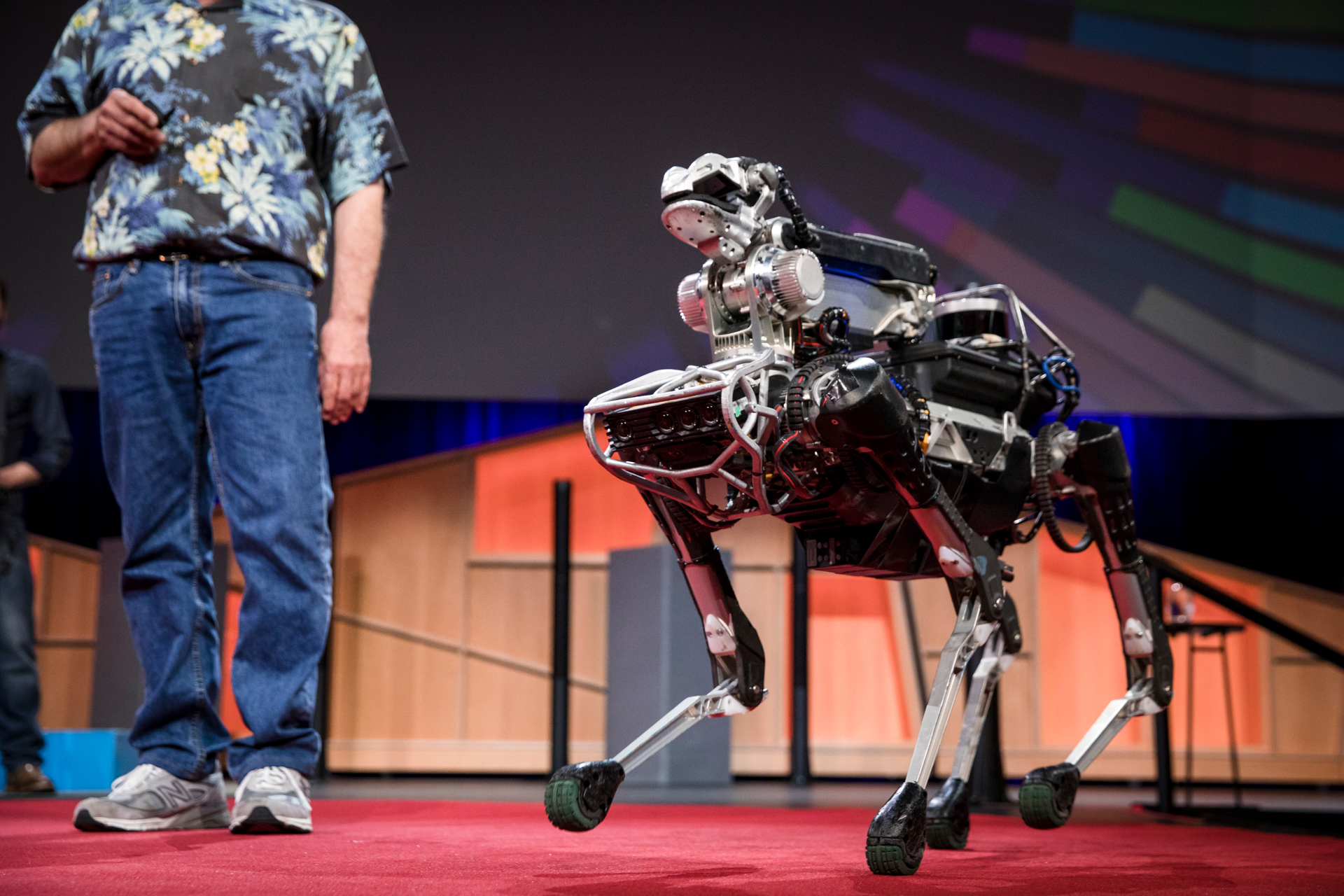 The connection between learning and health care. Coaching is not just for athletes — it’s for healthcare workers too. Atul Gawande shared how it can save the lives of pregnant women and newborns in birth centers lacking basic supplies. “[Coaches] are your external eyes and ears, providing a more accurate picture of your reality,” he said. Shortly after, TED Prize winner Raj Panjabi shared his wish for the world: the Community Health Academy, a global platform to modernize how community health workers learn, update their skills and share insights with each other. This academy will empower workers, helping them to deliver health to the doorsteps of the one billion around the world without access to adequate care. And in a slightly different spin, Lisa Genova said that Alzheimer’s doesn’t have to be your brain’s destiny, as the latest science shows that learning new things — say, a new language — can make the brain more resilient.

The missing stories in art. Titus Kaphar took a paintbrush full of white paint and painted over the main figures in a 17th-century Dutch painting (yes, a copy). He did this to bring the unseen story of the painting into view, an almost hidden figure of a young black man. “Historically speaking, I can find out more about the lace [on the woman’s dress] than I can about the [black] character,” he says. The dominant narrative is coded in the art. But what happens when we look further? Laolu Senbanjo also encouraged us to look beyond the artwork — to think about the artist who created it. “Every artist has a story, and every artist has a name,” he said. And for Anthony D. Romero, executive director of the ACLU, the viewer took center stage. He placed us in the middle of Lorenzetti’s room-scale fresco, The Allegory of Good Government and Bad Government, to accept the artist’s warning about tyranny — and act.

And finally: how to wrestle back life from tech. One very everyday concern wove its way through the conference: the feeling that our tech is has become addictive. Podcaster Manoush Zomorodi shared what happened when she challenged her “Note to Self” listeners to embrace boredom and be more purposeful in their smartphone use. “The only people who refer to their customers as ‘users’ are drug dealers and technologists,” a UX designer told her. Tristan Harris further dug into the effects of the competition for our attention is having on us — and called for a “design renaissance” in which tech companies no longer prey on our psychology for profit but to encourage us to “live out the timeline we want.” Adam Alter advised us to designate specific times away from our phones — putting them in a drawer during dinner or on airplane mode over the weekend. Cathy O’Neil warned us not to think of algorithms as magic or benign but as,“opinions embedded in code.” And Laura Galante cautioned us to recognize how our information consumption makes us susceptible to manipulation. She said, “We must recognize that this place where we increasingly live, quaintly termed cyberspace, isn’t defined by ones and zeros, but by information the people behind it.

Even if you missed today, you can still be part of the TED2017 excitement. Watch a Highlights Exclusive in movie theaters on Sunday, April 30 — a best-of compilation of talks from the conference, edited on the spot this week, with behind-the-scenes footage. Find tickets at a cinema near you.