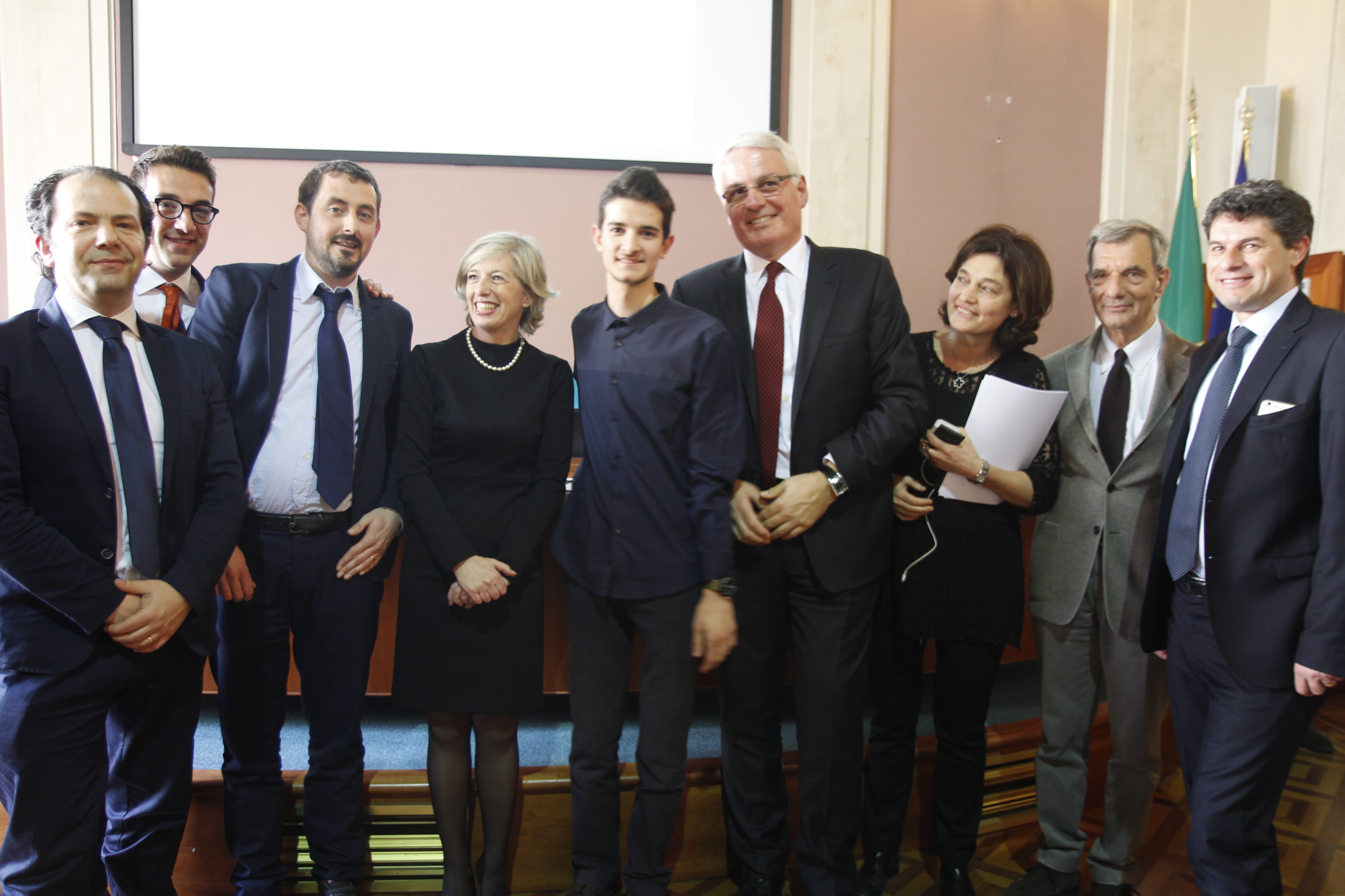 TED-Ed Clubs are about to get a lot of visibility in Italian high schools. On Thursday, March 3, in Rome, the Italian Minister of Education, University and Research, Stefania Giannini, and the European Director of TED, Bruno Giussani, signed a 3-year memorandum of understanding on cooperation regarding the spread of the TED-Ed Clubs curriculum across Italian high schools (for students 14 to 19 years old). TED-Ed Clubs are working groups created by teachers and students who learn, over a cycle of 13 weeks, to present their ideas in the form of short TED-style talks — familiarizing themselves with storytelling, narrative, production, visual development and presentation skills. Italy is the first country to adopt TED-Ed Clubs at a national level to foster presentation literacy and public-speaking skills in schools, and it’s going to do so in both Italian and English. Participation in the program, while strongly encouraged and supported by the Ministry, will be on a voluntary basis.

“From Cicero over 2,000 years ago to TED today, the capacity to organize one’s thoughts and present them effectively is a key skill,” said Minister Giannini during the signing. The reference to the great Roman orator and philosopher isn’t casual: in her previous post as the head of the Università per Stranieri in Perugia, in central Italy, Giannini made a point of re-introducing the teaching of rhetoric. “Our government believes that words have weight, and language is the primary tool to understand, make sense of and change the world,” she added. The Italian government is led by Prime Minister Matteo Renzi who, in 2011, when he was Mayor of Florence, gave a TEDxTalk.

In a brilliant example of collaboration within the TED community, the project was initiated by members of the Italian TEDx network, most notably TEDxBologna licensee Andrea Pauri and Italian TEDx Ambassador Gerolamo Saibene, who both have been running TEDx events for 5 years, with active support from many others across the country and from a forward-looking school principal, Elena Ugolini. “It is incredibly stimulating to be able to contribute, through TED-Ed, in making classrooms more creative, open to innovation and to the dissemination of relevant ideas,” said Pauri. Saibene joked that “we Italians sometimes strain to keep brief and to-the-point: I believe the Clubs will help students acquire these skills.”

As part of the initiative, Italian high school students will be eligible to submit their own ideas for a TED Talk until the end of September, in 11 categories ranging from Technology to Sustainability, from Critical Thinking to Arts. The best will be selected to speak at a special TEDx event to take place in Bologna on November 12, 2016.