Tomorrow, the theater doors open to kick off TED2018: The Age of Amazement. But setting the stage for amazement is hard work. These photos celebrate the dedicated workers who are assembling the David Rockwell-designed theater, organizing and placing hundreds of signs and directional markers, and setting up exhibits around the outside of the theater itself. 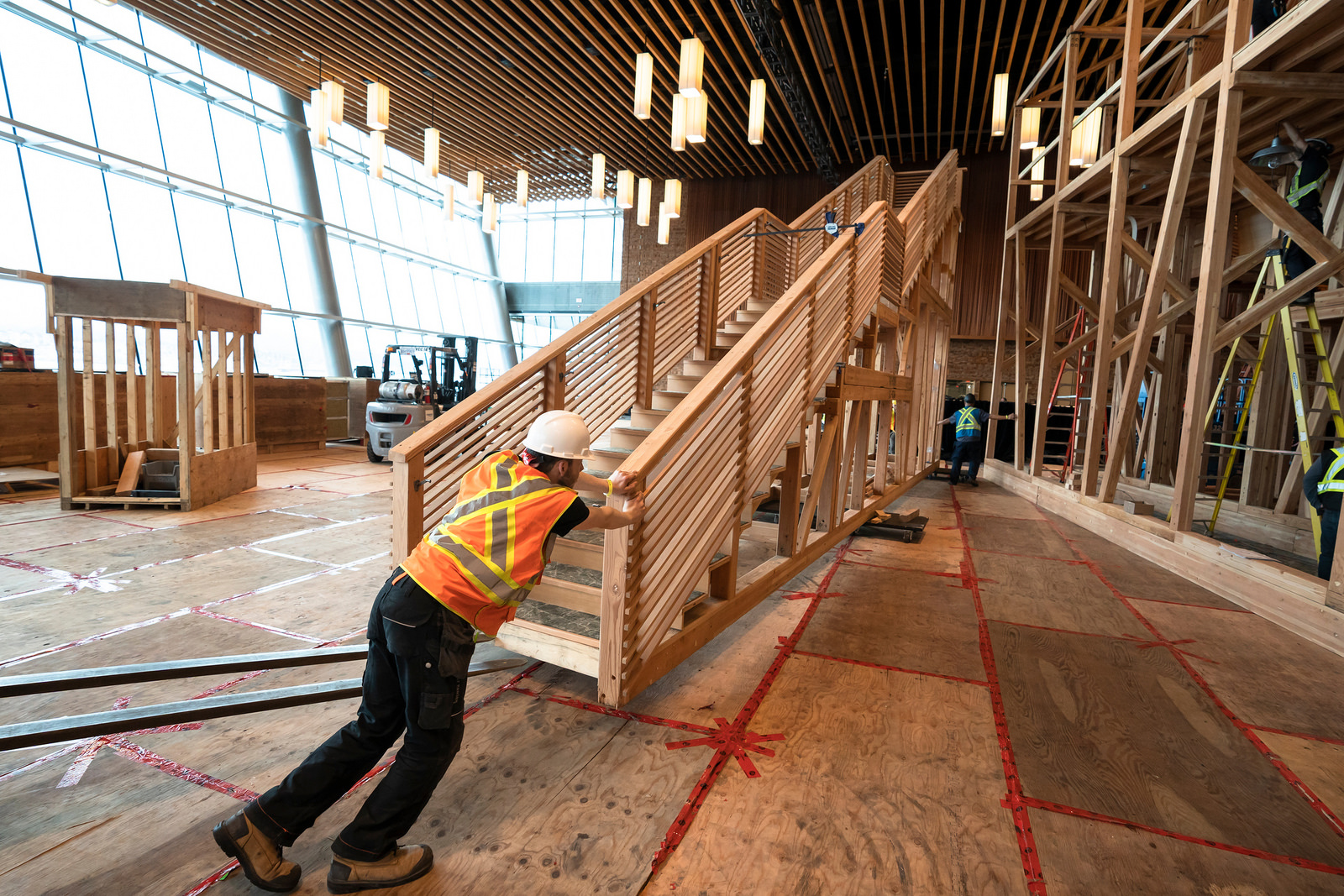 A hard-hatted worker pushes this massive flight of stairs into place, allowing access to the custom-designed wooden theater that is rebuilt every year in Ballroom C&D of the Vancouver Convention Center. Photo: Bret Hartman / TED 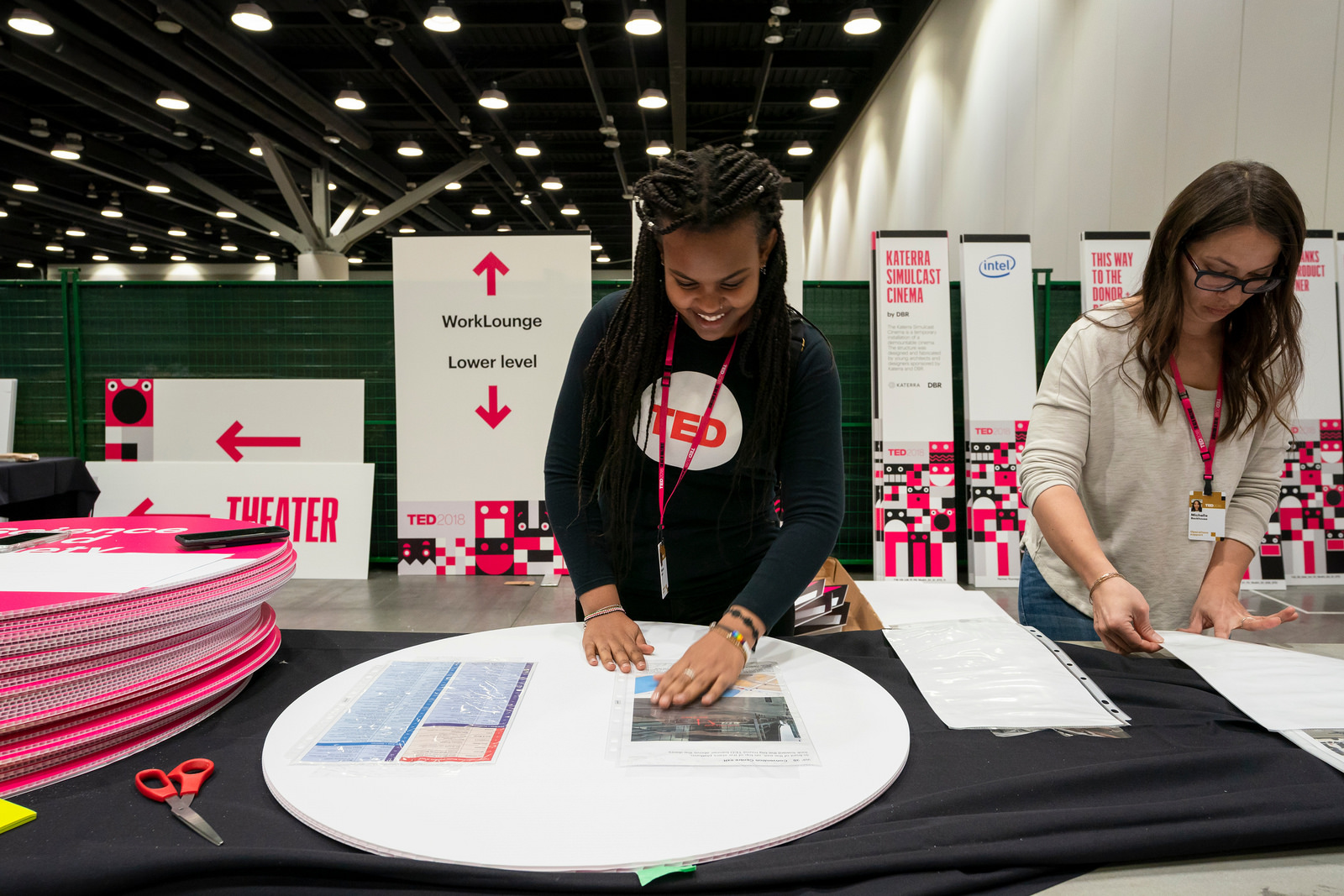 Two Vancouver-based staffers build out a couple of the many hundreds of signs that point attendees up, down and side to side. Photo: Ryan Lash / TED 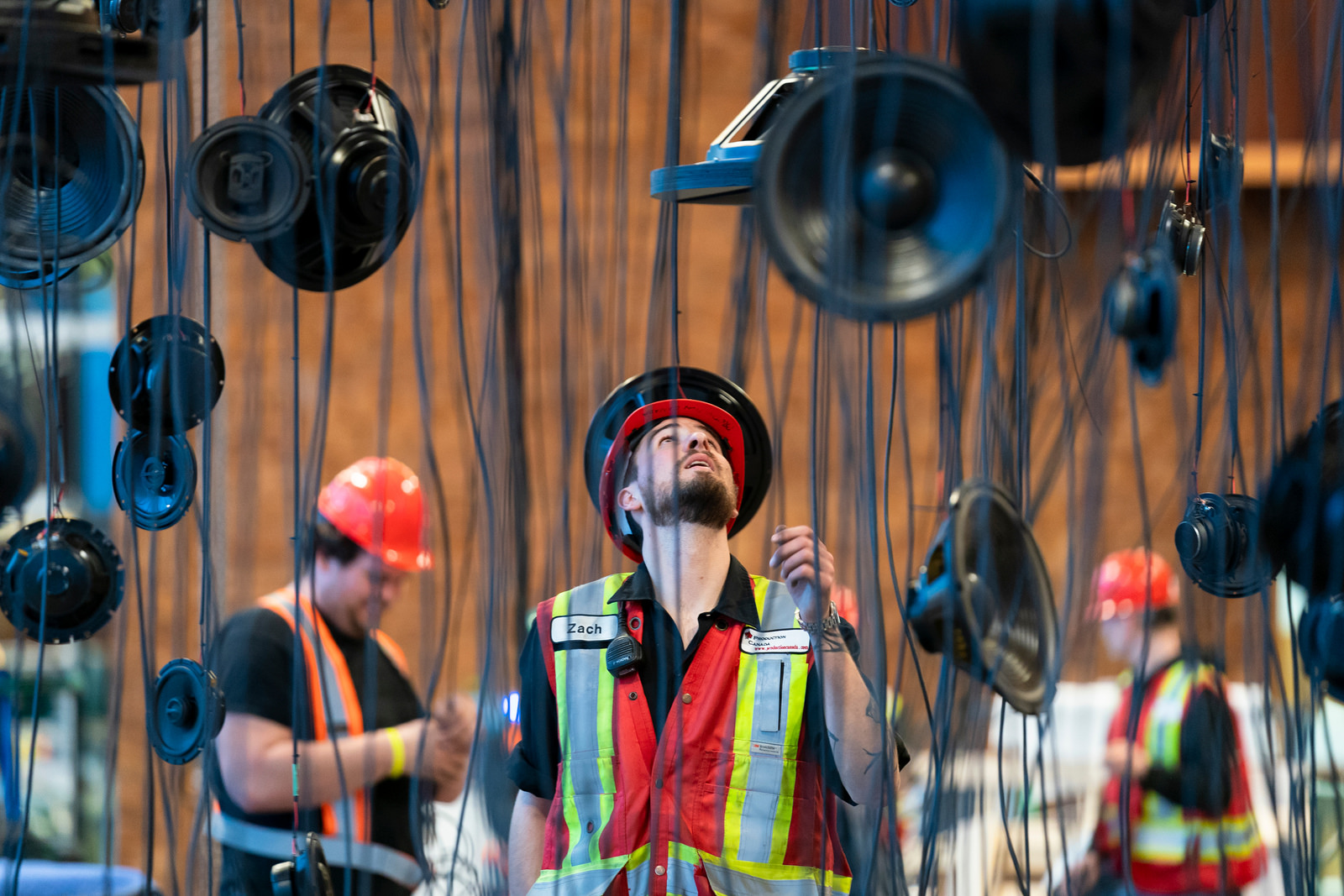 Inside one of the simulcast lounges outside the theater, a sonic experience celebrates the experience of being in New York’s High Line park. Here, installers mount dozens of floating speakers at varying heights to play music and ambient sound. This exhibit is sponsored by longtime partner Target. Photo: Jason Redmond / TED 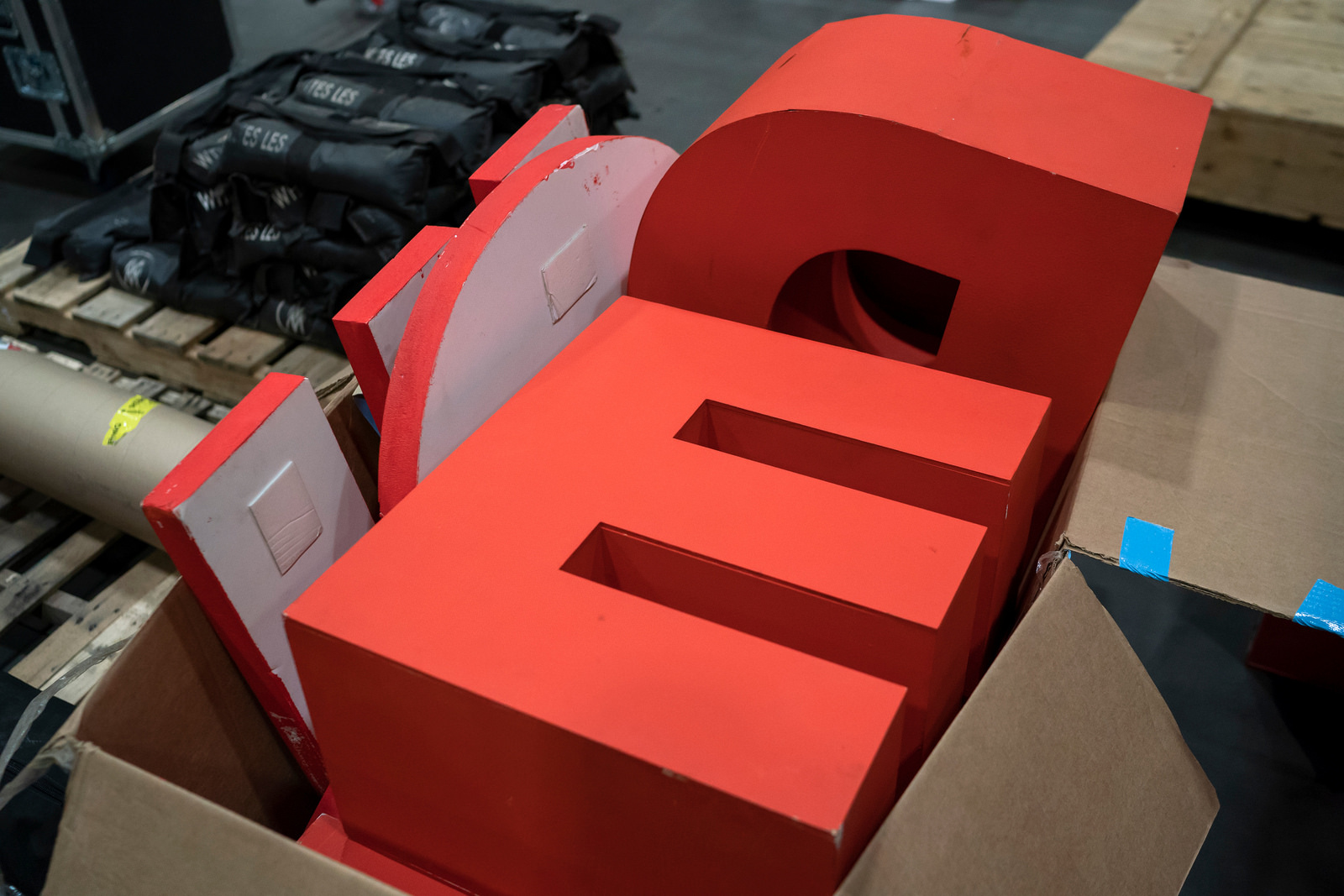 A few of the surprisingly large number of red TED letters to be deployed onsite, in many sizes and many materials, from plexiglas to styrofoam to, um, inflatable. Photo: Ryan Lash / TED 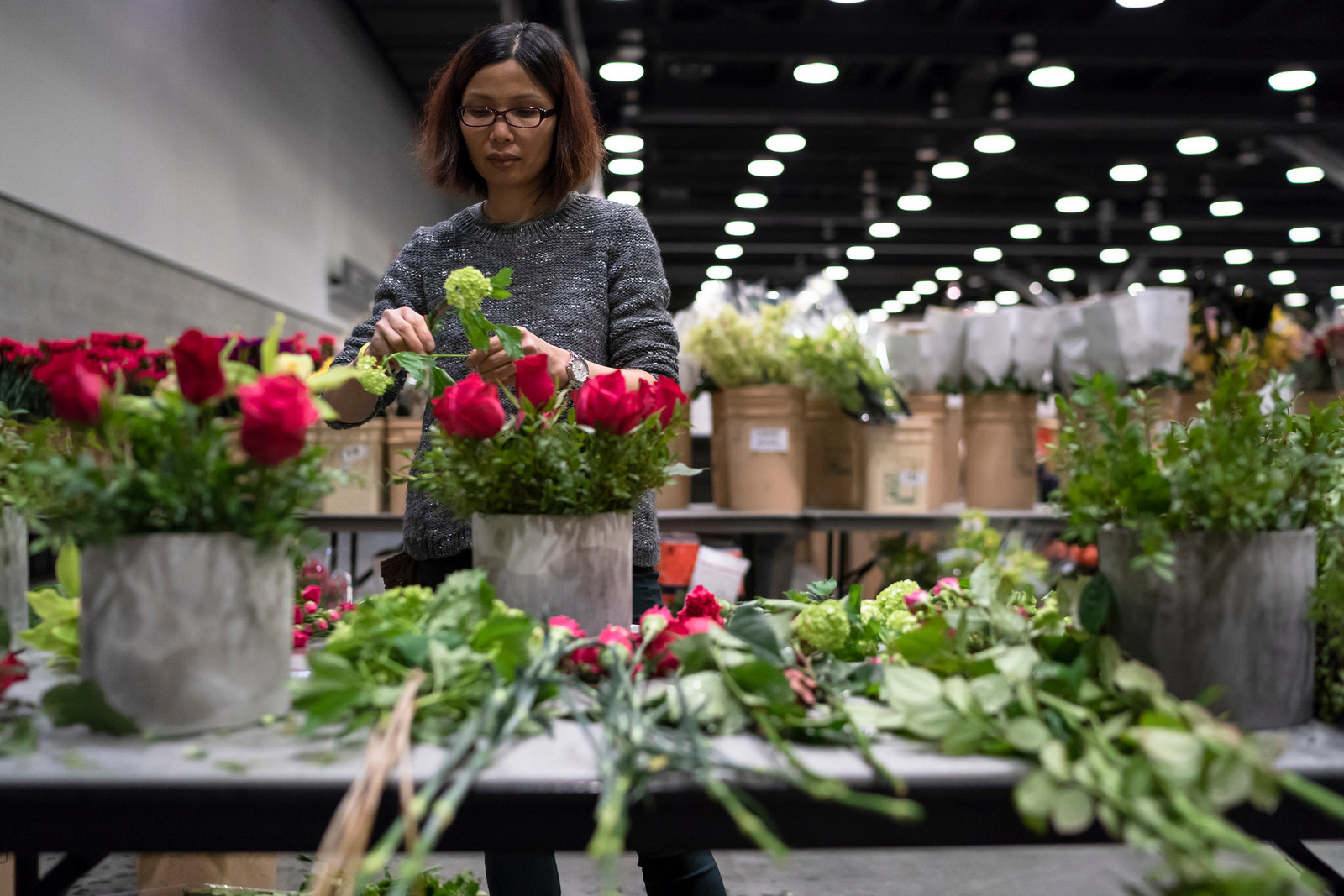 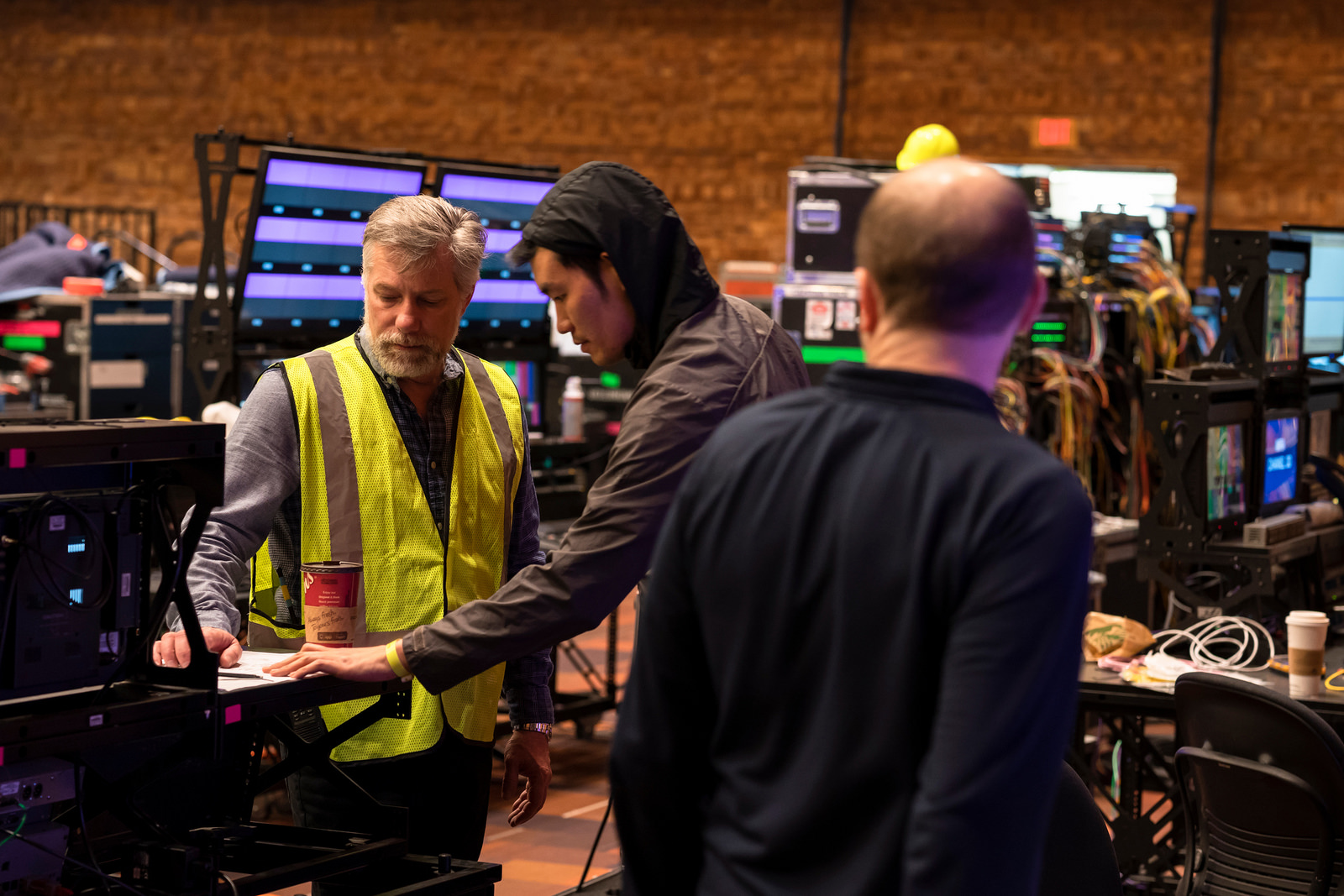 Stage manager Scott Hinde, left, and video genius ChiHong Yim review workflow backstage as they prepare to film and process video from more than 100 speakers during the next five days. Their work and planning now will set the stage for free TED Talks video posting throughout the year. Photo: Bret Hartman / TED 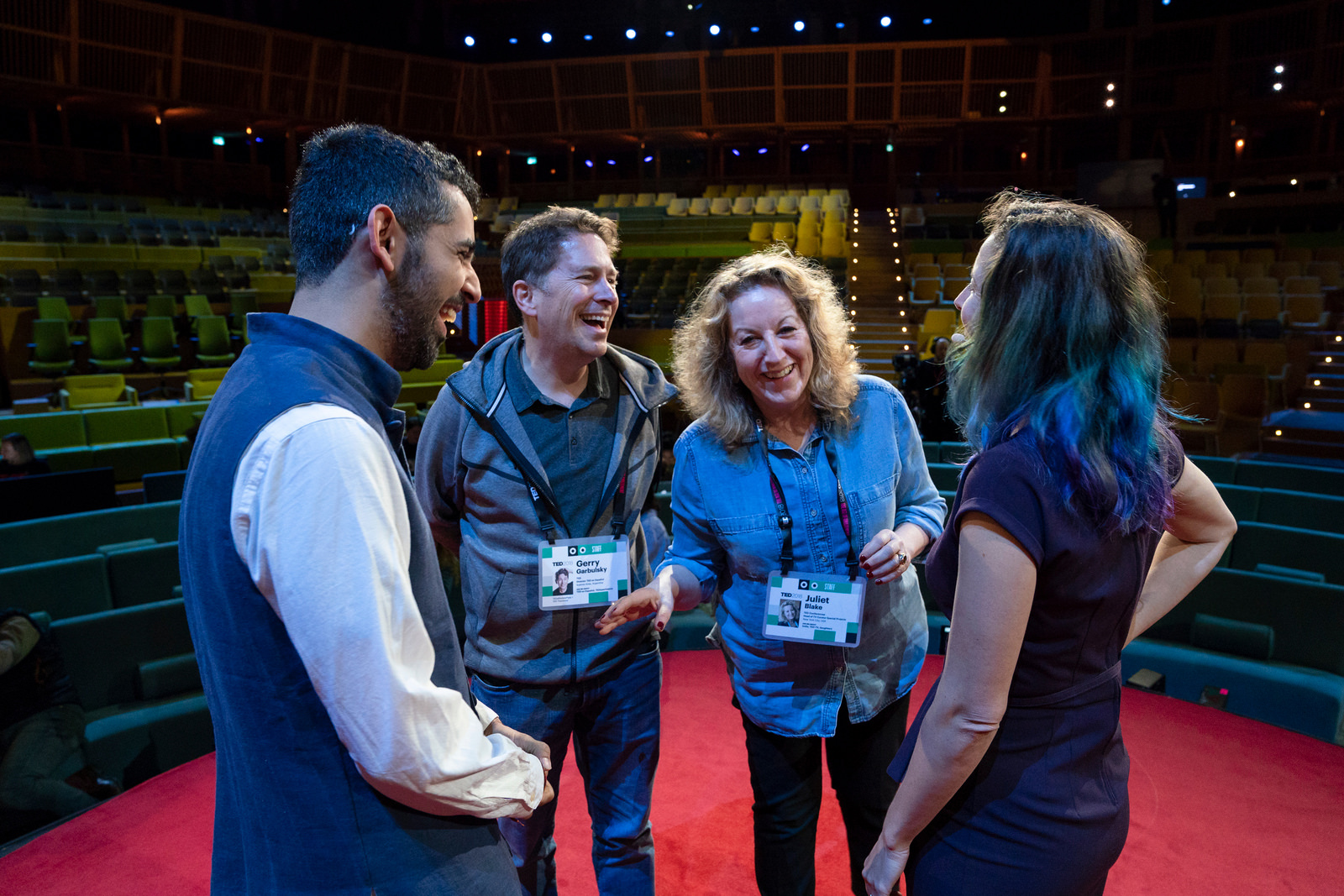 Before the conference opens, three days of onstage rehearsals are a final opportunity to finesse scripts — and a chance for speakers to get comfortable on the red circle. Here, curators Gerry Garbulsky and Juliet Blake, at center, review rehearsal notes with speakers Surya Mattu, far left, and Kashmir Hill, far right. Photo: Ryan Lash