It’s almost midnight on the night before TEDGlobal 2017 kicks off in Arusha, Tanzania, and while people are gathering for pre-conference parties and dinners, the staff and crew are putting last touches on the theater where we’ll soon share four days of talks and performances. A few photos to set the stage: 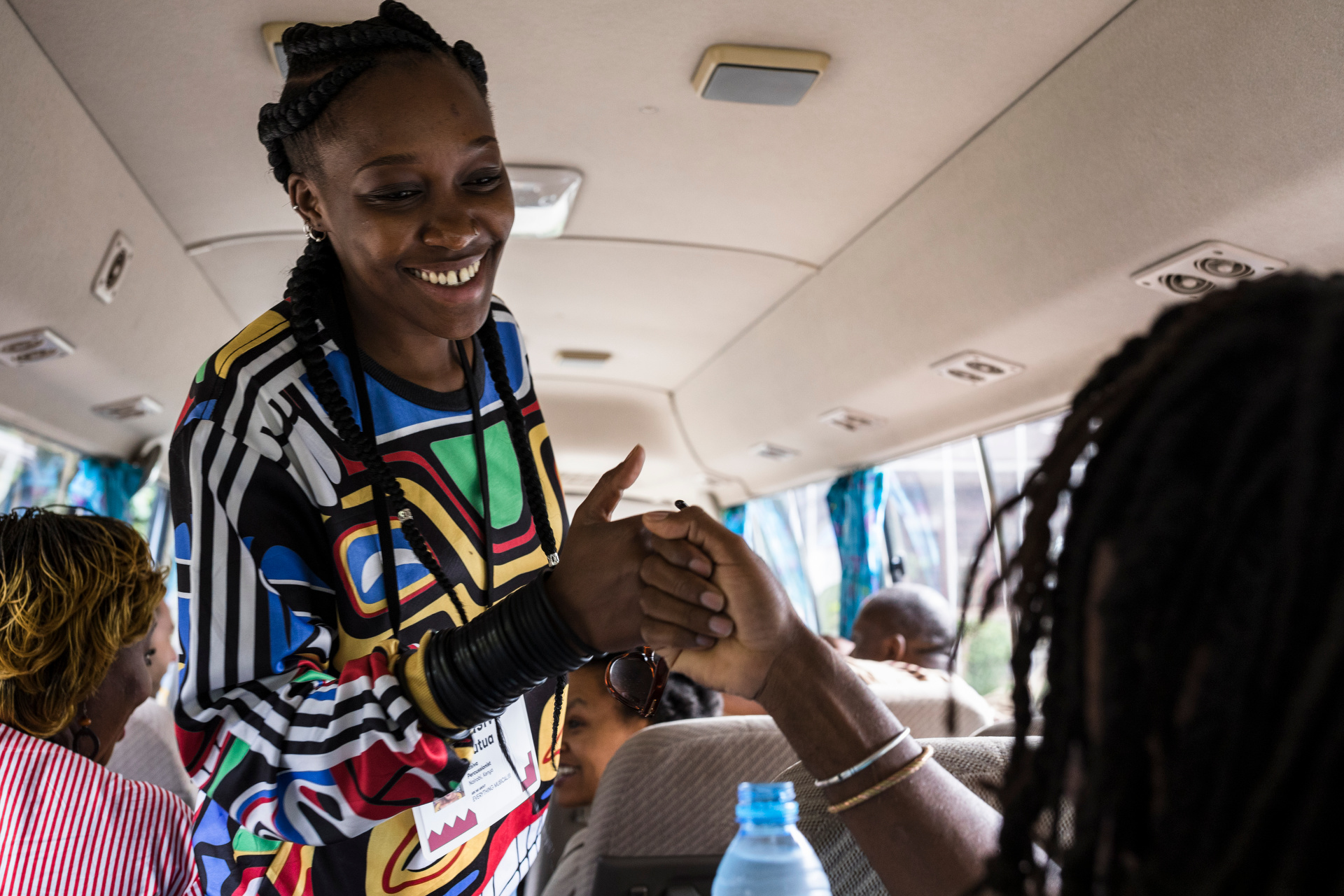 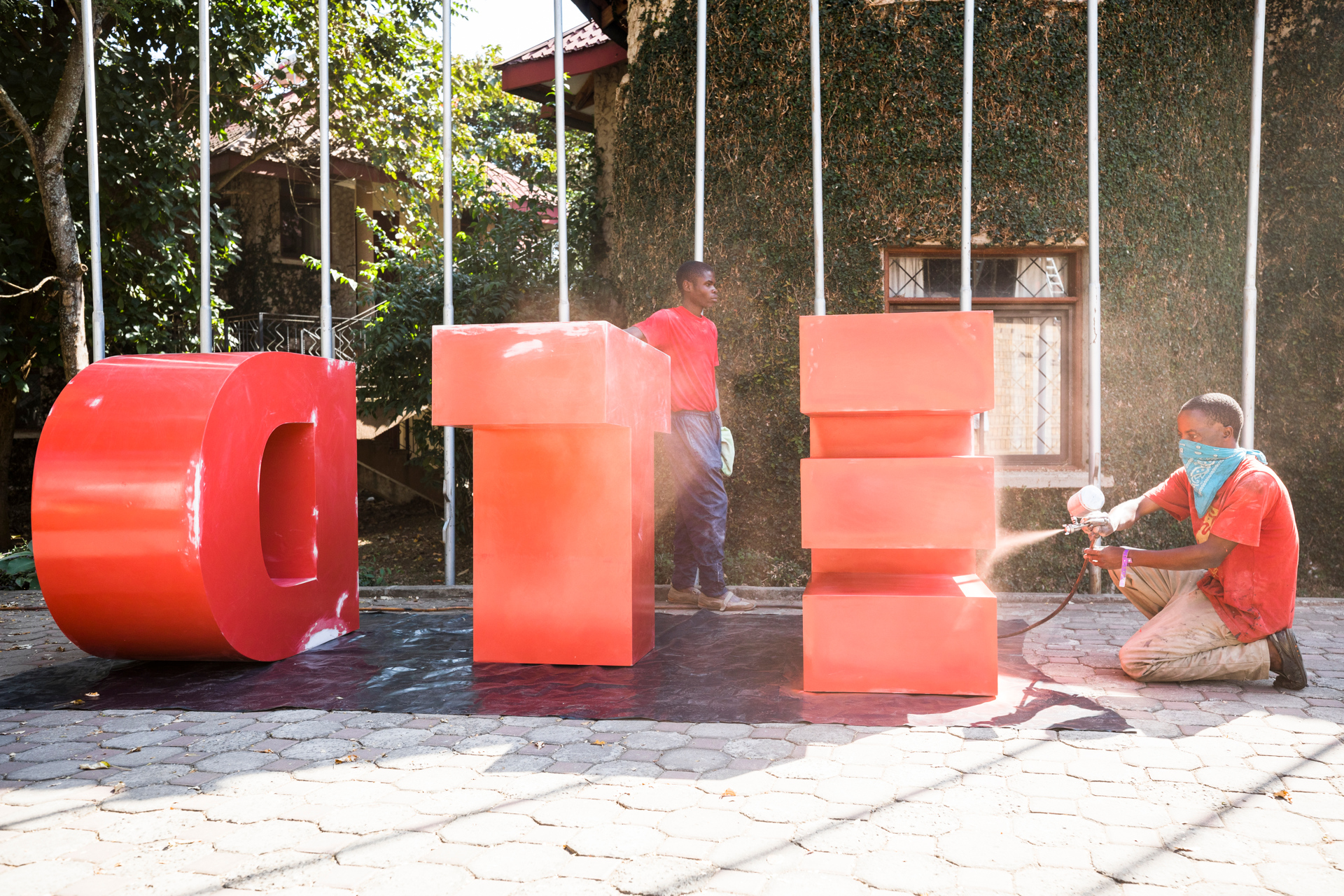 Repainting the TED letters for our photo booth. Over the four days of the conference, these letters will take a beating as attendees pose on them, climb atop them, lean on them — anything for the perfect selfie at TEDGlobal 2017. Photo: Ryan Lash / TED 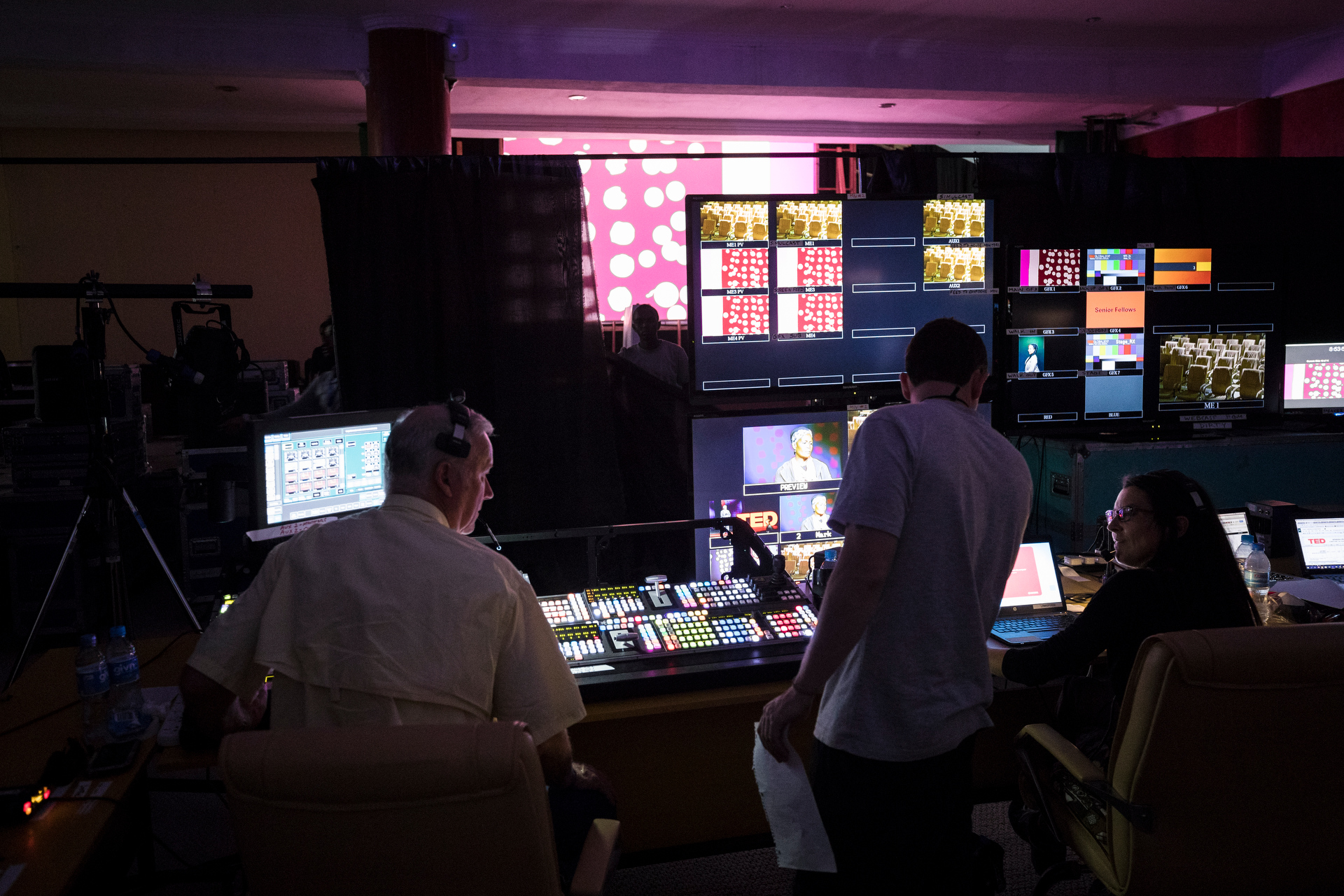 TED’s theater crew reviews the equipment they’ll use to run the mainstage show over the next four days — and capture video from 70+ talks and performances to share online throughout the coming year. It’s a lot. Photo: Ryan Lash / TED 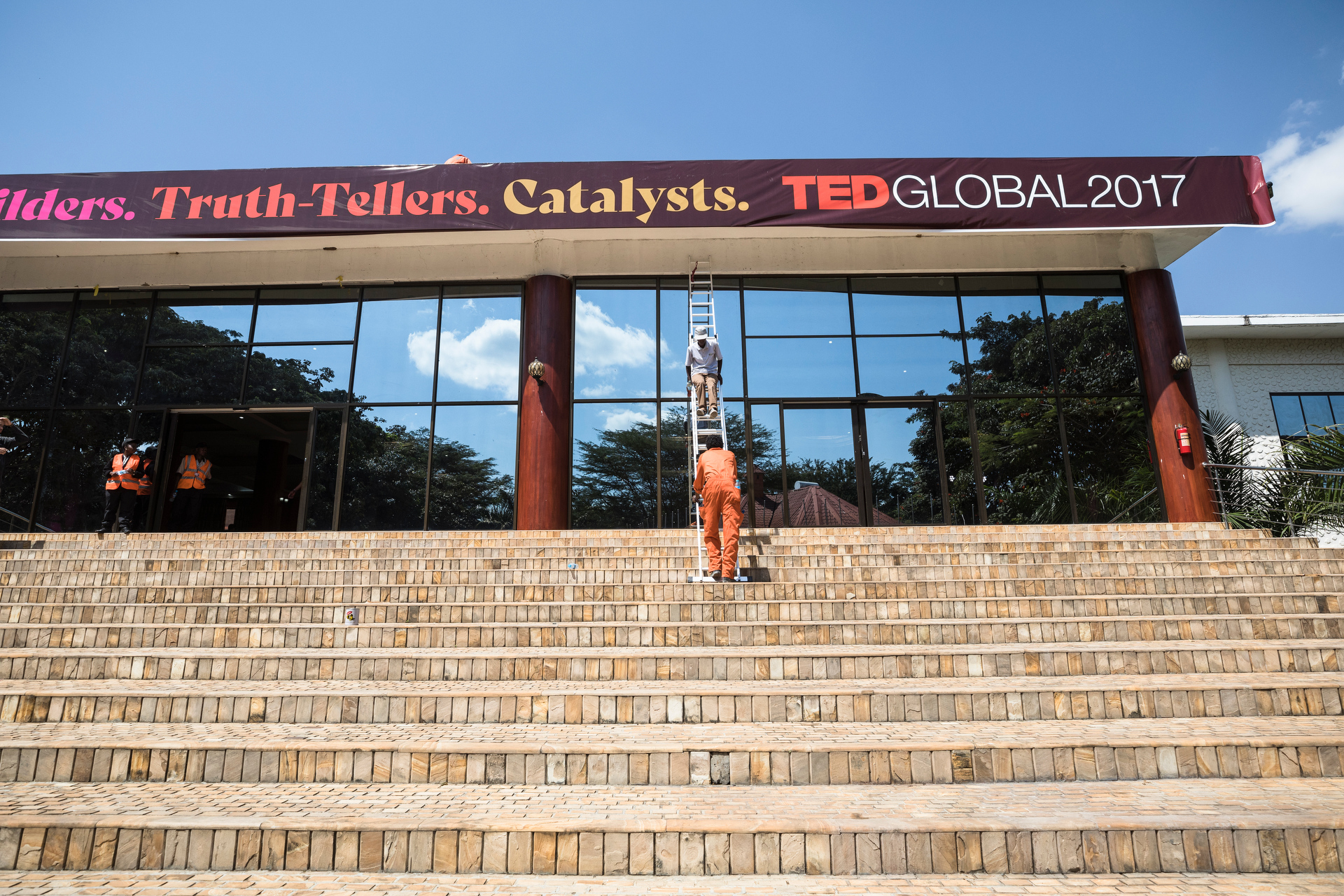 Beneath a canopy of lights, Tom Rielly shepherds in a new class of TED Fellows and Senior Fellows, as well as some distinguished alums of the program — in all, a group of 70 world-shaking people are gathered around the TED Fellows at this conference. Get to know the new Fellows here. Photo: Ryan Lash / TED 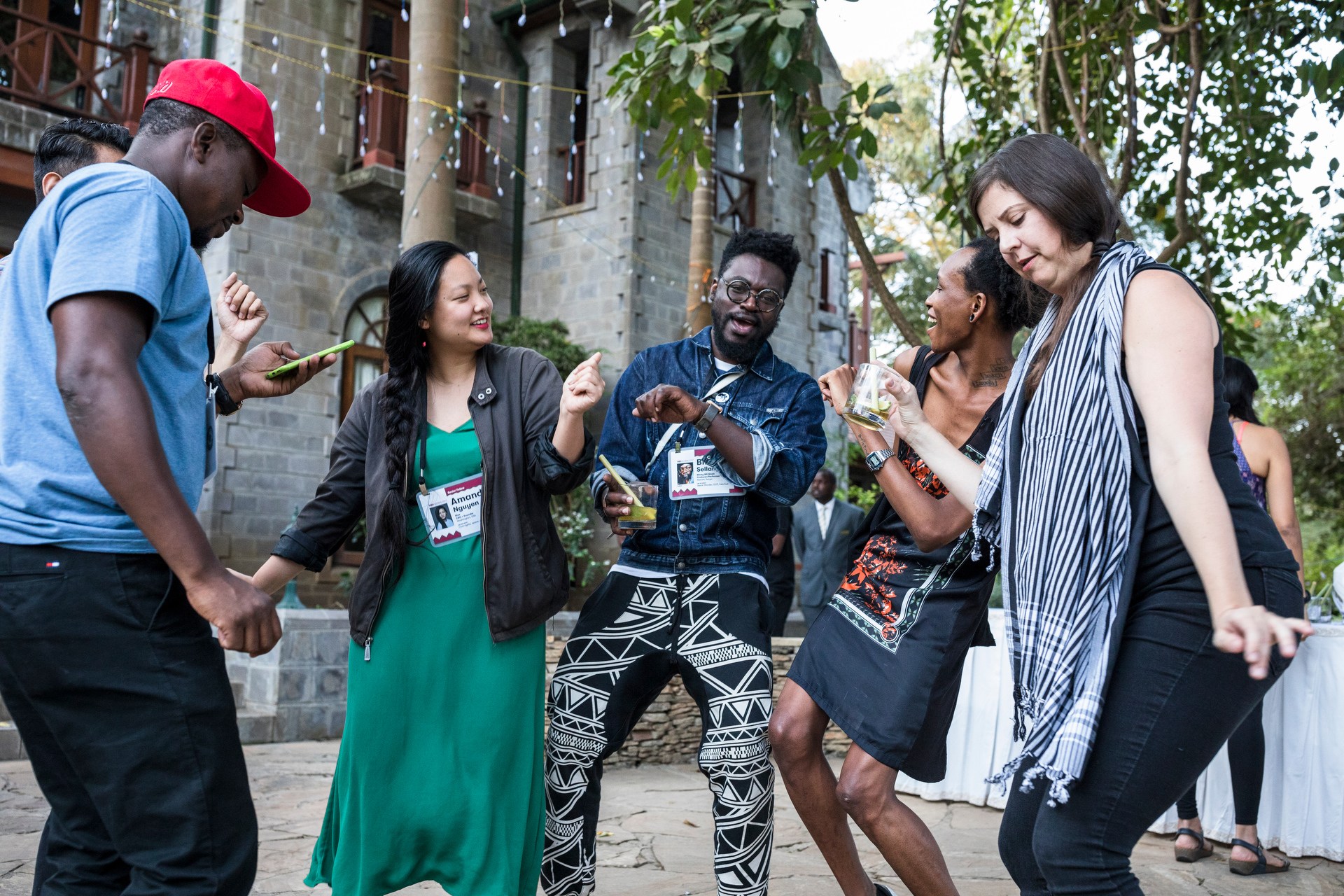 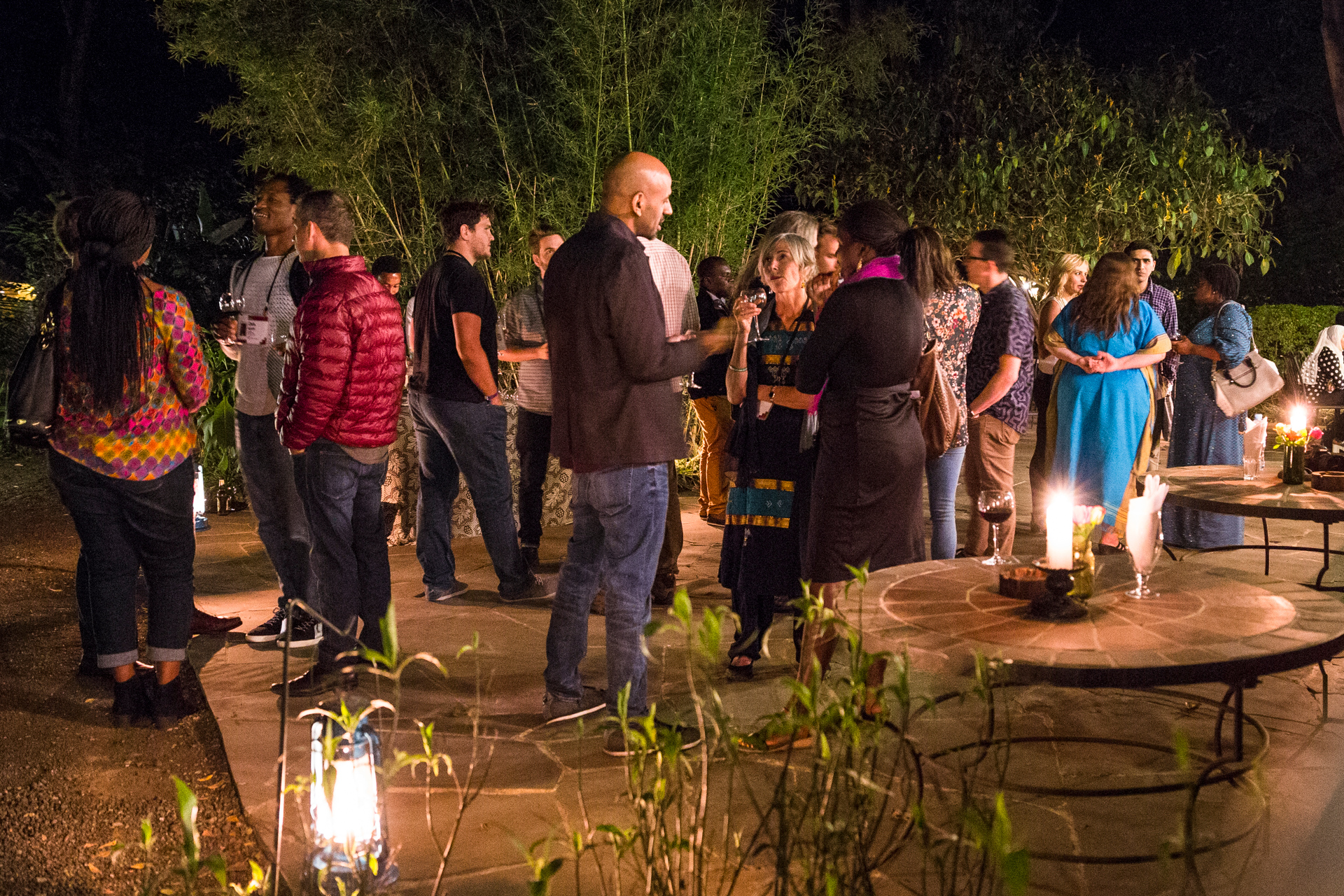 Meanwhile the global tribe of TED Translators, plus guests from around the world, gathered for their Global Souls Dinner. Learn more about the volunteer translators from around Africa and the Middle East who’ll be coming to TEDGlobal 2017. Photo: Callie Giovanna / TED