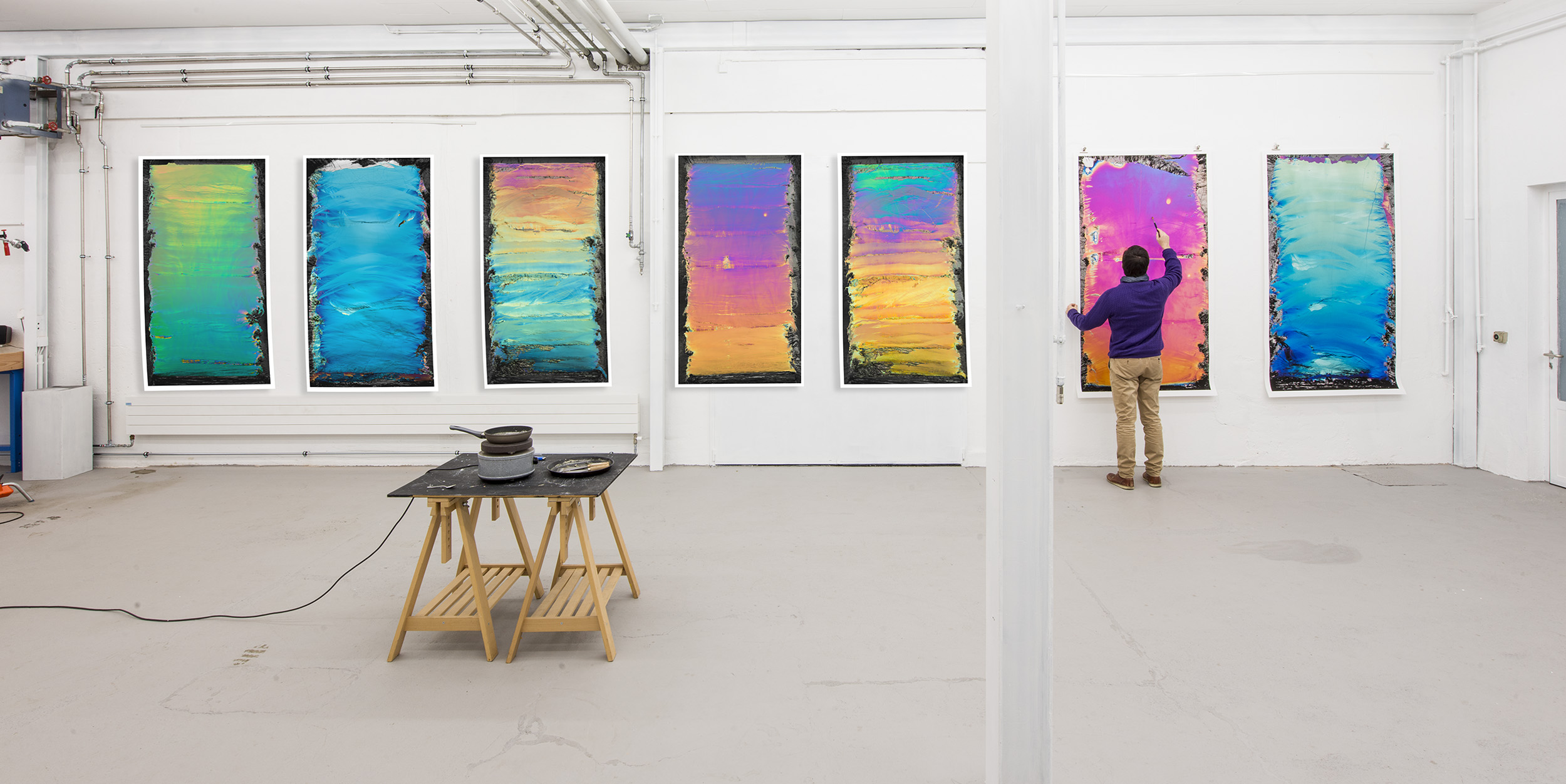 Let’s start with something gorgeous. The newest series of prints produced by Fabian Oefner, Photographic Paintings, highlights the process by which color comes into being. The images merge his signature science-based photography with the traditional form of a painting, exploring the properties of the element of bismuth, whose rapid fluctuations of color and shapes form the basis of each image. (Watch Fabian’s TED Talk)

Can India grow a circular economy? With its fast-growing urban economy, India is facing down big questions about poverty, resource scarcity and industrialization. How to address all the needs that will arise along the path of progress? Well, the Ellen MacArthur Foundation studies the concept of the circular economy, which involves regenerative development and eco-first thinking, and in a new report supported by ClimateWorks and the UN Conference for Trade and Development, they make a strong case that a circular economy framework might be the way to go for the subcontinent. “With its existing circular mindset and strong digital backbone,” Ellen MacArthur writes, “India can reap significant economic and societal benefits, embarking on a positive development path as it focuses on regenerative practices.” (Watch Ellen’s TED Talk)

Hey, ho, where’d you go? Ohio. Author JD Vance, whose book Hillbilly Elegy tells the story of the decline of his southern Ohio home town, has announced plans to move back home and commit to making his state a better place. He’s setting up a nonprofit called Our Ohio Renewal, deciding between Columbus and Cincinnati as a home base, and looking to learn more about the flatland northern towns above the dirt line, like Toledo and Cleveland, as well as the hilly southern Ohio region that is the setting for his book. (Watch JD’s TED Talk)

Museums under the sea. In December 2016, a team of cave divers converged at Abaco in the Bahamas for a two-week survey of one of the most remarkable underwater caves ever found. The Abaco Blue Holes Project, sponsored by National Geographic, relied on a range of virtual reality, augmented reality and 3D imaging techniques to map the Crystal Caves of Abaco and then share those images widely through blog posts and updates from people like  Jill Heinerth, who served as documentarian for the expedition. (Watch Jill’s TED Talk)

Necessary fiction inside un-liberal democracies. As the world’s leading jailer of journalists, with 140 imprisoned at current count, Turkey seems on an authoritarian path of power that might look contradictory for a country that maintains free elections. However, this is far from surprising, Elif Shafak writes in The New Yorker, as free elections on their own cannot sustain democracies. “There are other necessary constituents: separation of powers, rule of law, freedom of speech, women’s rights and minority rights, and a diverse, independent media,” none of which exist under the Erdoğan government, she says. Her solution: We need more fiction — not less — to counter what she cautions as the silence of speech created by the persecution of so many writers in Turkey. (Watch Elif’s TED Talk)

Awards season report. For her services in education and women’s economic empowerment across the Gulf Cooperation Council, Dr. Leila Hoteit was named Businesswoman of the Year at the Arab Woman Awards UAE ceremony in Sharjah, UAE. (Watch Leila’s TED Talk)

— Sarah Parcak, the winner of the 2016 TED Prize, was honored with an American Ingenuity Award from Smithsonian magazine for using satellite imagery to disrupt looting and locate unknown ancient sites. Parcak shared the stage with other awardees, including Aziz Ansari, Lin-Manuel Miranda and the mother who exposed the water crisis in Flint, Michigan. On December 12, Parcak was named one of Foreign Policy’s “Leading Global Thinkers of 2016.” This year, the magazine’s editors made the case for optimism; the honorees, they wrote, “are proof that as society’s pillars falter, individuals step in to bear the weight.” Parcak’s TED Prize wish, to build the GlobalXplorer citizen-science platform, appealed because she’s “recruiting her own citizen army for the research” into looting of ancient sites around the world. (Watch Sarah’s TED Talk, and sign up for updates on GlobalXplorer.)