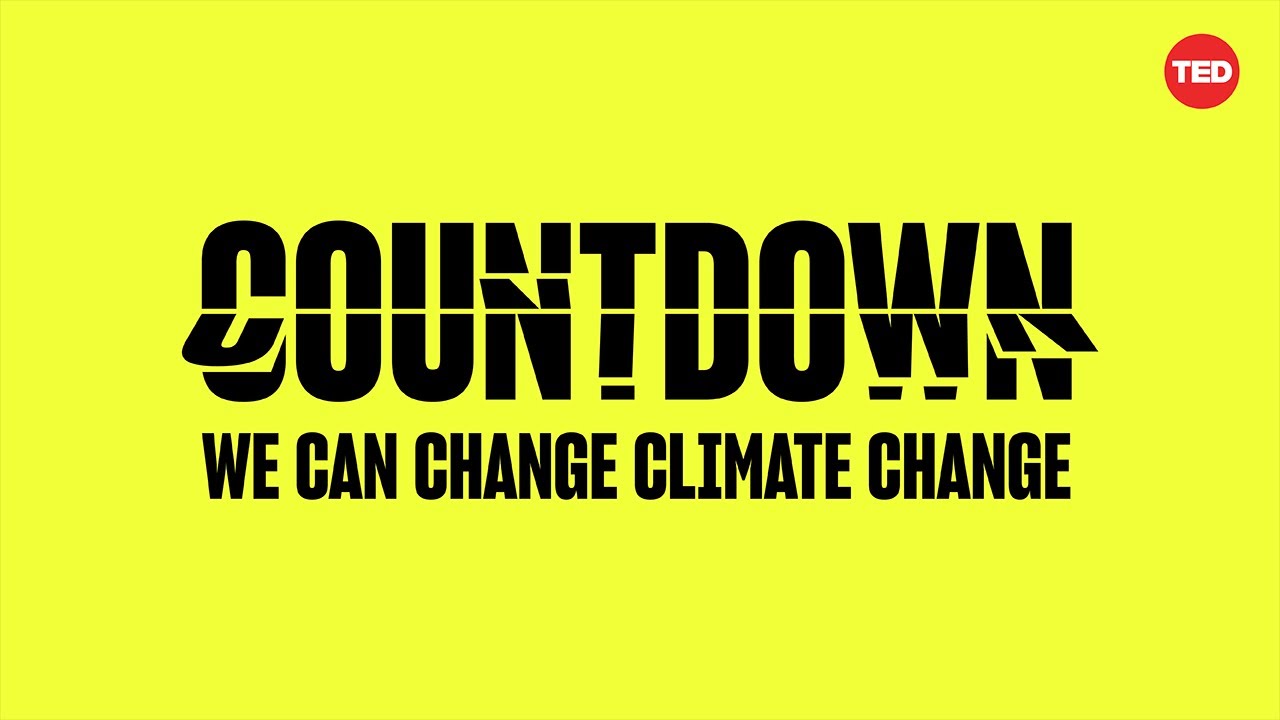 Take action on climate change. Tune in on Saturday, October 30, 2021 at 12pm ET for the TED Countdown Global Livestream: an empowering virtual event laying out a credible and realistic pathway to a net-zero future. Presented in collaboration with YouTube Originals and COP26.

Countdown is a global initiative to champion and accelerate solutions to the climate crisis. The goal is to build a better future by cutting greenhouse gas emissions in half by 2030 in the race to a zero-carbon world — a world that is safer, cleaner and fairer for everyone. Every person, organization, company, city and nation is invited to collaborate with Countdown and take action on climate. It is a movement open to everyone — and everyone has a vital role to play.