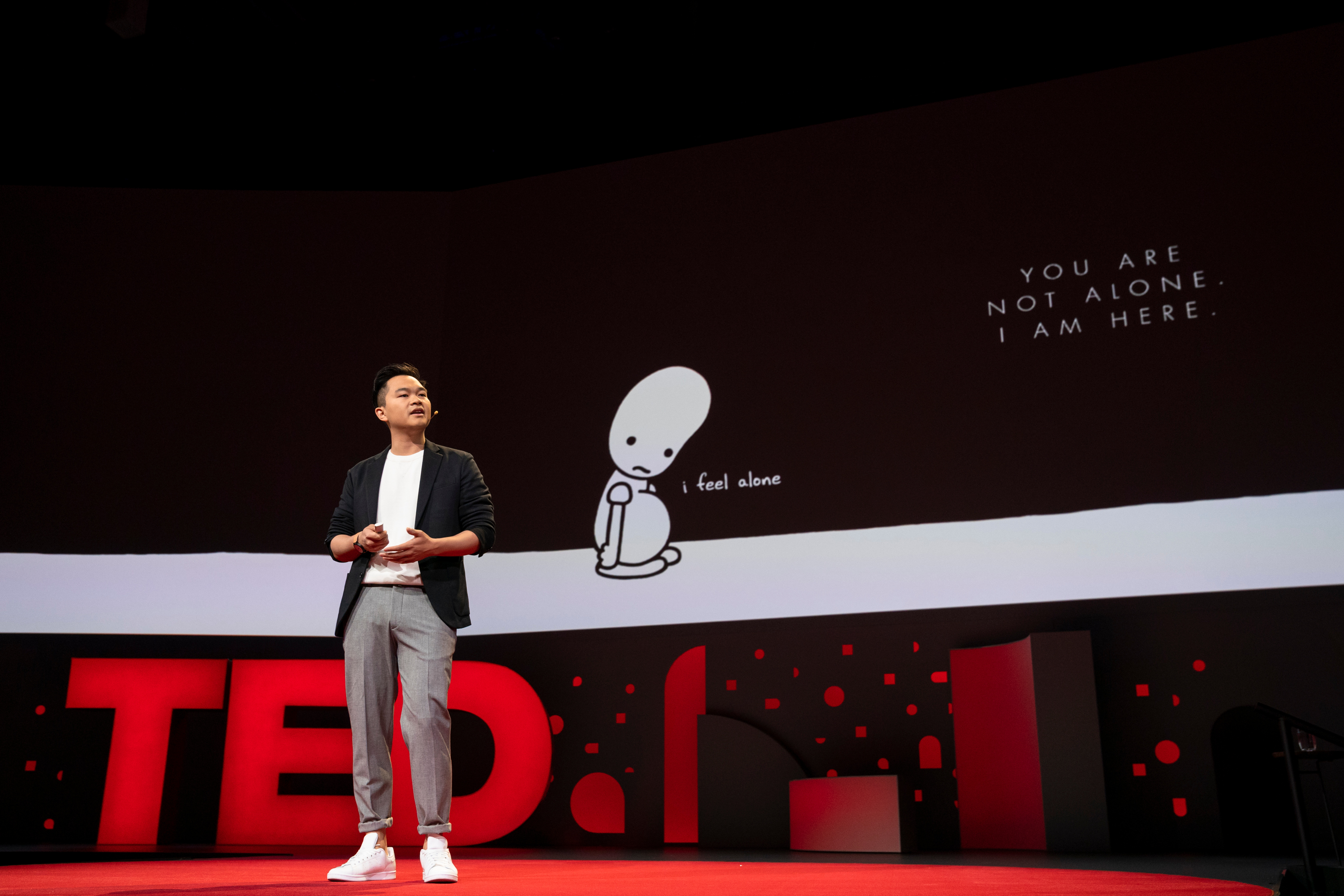 “For many people,” says Canadian illustrator and author Jonny Sun, “the internet can feel like a lonely place.”

“A big endless, expansive void, where you can constantly call out to it, but no one’s listening. … But it turns out the void isn’t this endless, lonely expanse at all. Instead it’s full of all sorts of other people. Also staring out into it, and also wanting to be heard.”

Despite its problems — which he knows to be real and challenging and dangerous — Twitter has, for Sun, been a place of profound personal connection. A place to make friends.

“I think that’s partly because there’s this confessional nature to social media… it can feel like you’re writing in this personal, intimate diary that’s completely private. Yet at the same time you want everyone in the world to read it… The joy of that is that we get to experience things from perspectives of people who are completely different from ourselves. Sometimes that’s a nice thing.”

But it does require listening. And listening to the right people.

Seeing so many others tweet openly about going to therapy, and about its benefits, made Sun reflect that perhaps it could be an option for him too. It had been stigmatised offline, but became normalised when people talked about it online. Their vulnerability reached out to him.

“When someone shares that they’re sad or afraid or alone for example, it actually makes me feel less alone. Not by getting rid of any of my loneliness but by showing me that I am not alone in feeling lonely.”

As an artist and writer, Sun looks to make the “comfort of being vulnerable” a more accessible concept. When he moved to Cambridge, Massachusetts, to start his doctorate at MIT, Sun found himself in a new place and feeling a little… alien. So he began to draw a little alien. Called jomny. Soon, jomny’s misspelled and heartwarmingly honest adventures began to reach a wider and wider audience online.

Sometimes these are just short jokes that he tweets out: “if i could have dinner with anyone, dead or alive, i would. i am very lonely”

Others are simple questions that generate profound responses, like: “How many people in your life have you already had your last conversation with?”

“I was thinking about my own friends who had moved away to different cities and different countries even, and how hard it would be for me to keep in touch with them. But other people started replying and sharing their own experiences. Somebody talked about a family member they had a falling-out with, someone talked about a loved one who had passed away quickly and unexpectedly. And something really nice started happening. Instead of just replying to me, people started replying to each other, to share their own experiences and comfort each other.”

“I feel silly and stupid sometimes for valuing these small moments of human connection in times like these,” he says, but “these little moments of humanness are not superfluous. They’re the reasons why we come to these spaces. They are important and vital.”

One day, feeling particularly hopeless about the world, he tweeted: “at this point, logging onto social media feels like holding someone’s hand at the end of the world.”

“And this time, instead of the void responding, it was people who showed up… and in these dangerous and unsure times, in the midst of it all, I think the thing that we have to hold on to is other people.”