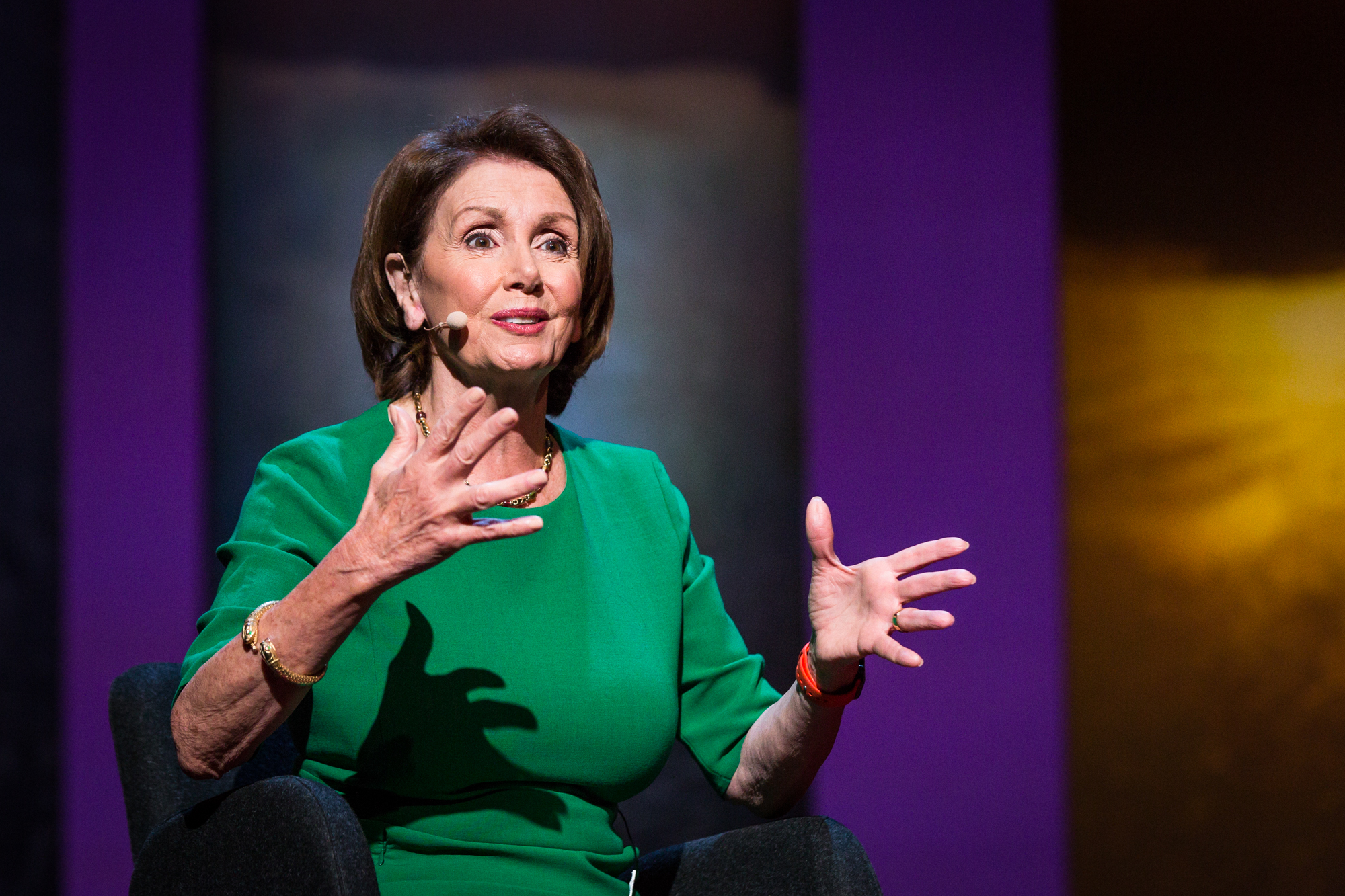 Nancy Pelosi has represented San Francisco’s 12th district for 29 years, is currently the Democratic leader of the House of Representatives, and made history by becoming the first woman Speaker of the House. But before all that happened, she never felt that she was on a course for public office. When the opportunity to run came along, she was a young mom; while she was heavily involved in the community, the thought of running for office had never crossed her mind.

Pelosi’s predecessor, Sala Burton, encouraged her to run when she became ill. Pelosi, feeling confident that she had a clear purpose, decided to go for it. “I knew my purpose and my call to service was to children,” she says. She wanted to make sure that all children had the same opportunities that her own children had. She won the election and the rest is history.

Asked by interviewer and TEDWomen co-founder Pat Mitchell what makes women’s leadership different and beneficial, Pelosi reflects how, when she ran meetings as Speaker of the House, people sometimes remarked on how different the meeting would have been if it was led by a man. Women are intuitive and respectful of other views, she says. They listen, learn and are ready to use their time well — and those differences make a difference. In fact, Pelosi believes that nothing is more wholesome to government than the increased participation of women.

Reflecting back on her long career, Pelosi offers advice to other women seeking leadership positions. When setting out on a course, she urges women to know their purpose, know their subject, act strategically and use their intuition. “When people know that you are going to act, your leadership will be very, very respected, and people will not try to destroy your options while you take your time,” she says.

Most important, she encourages women to be sincere. “It’s wonderful to have mentors and to have role models, but you must be your authentic self,” she urges, remarking that people want to see sincere and authentic candidates. 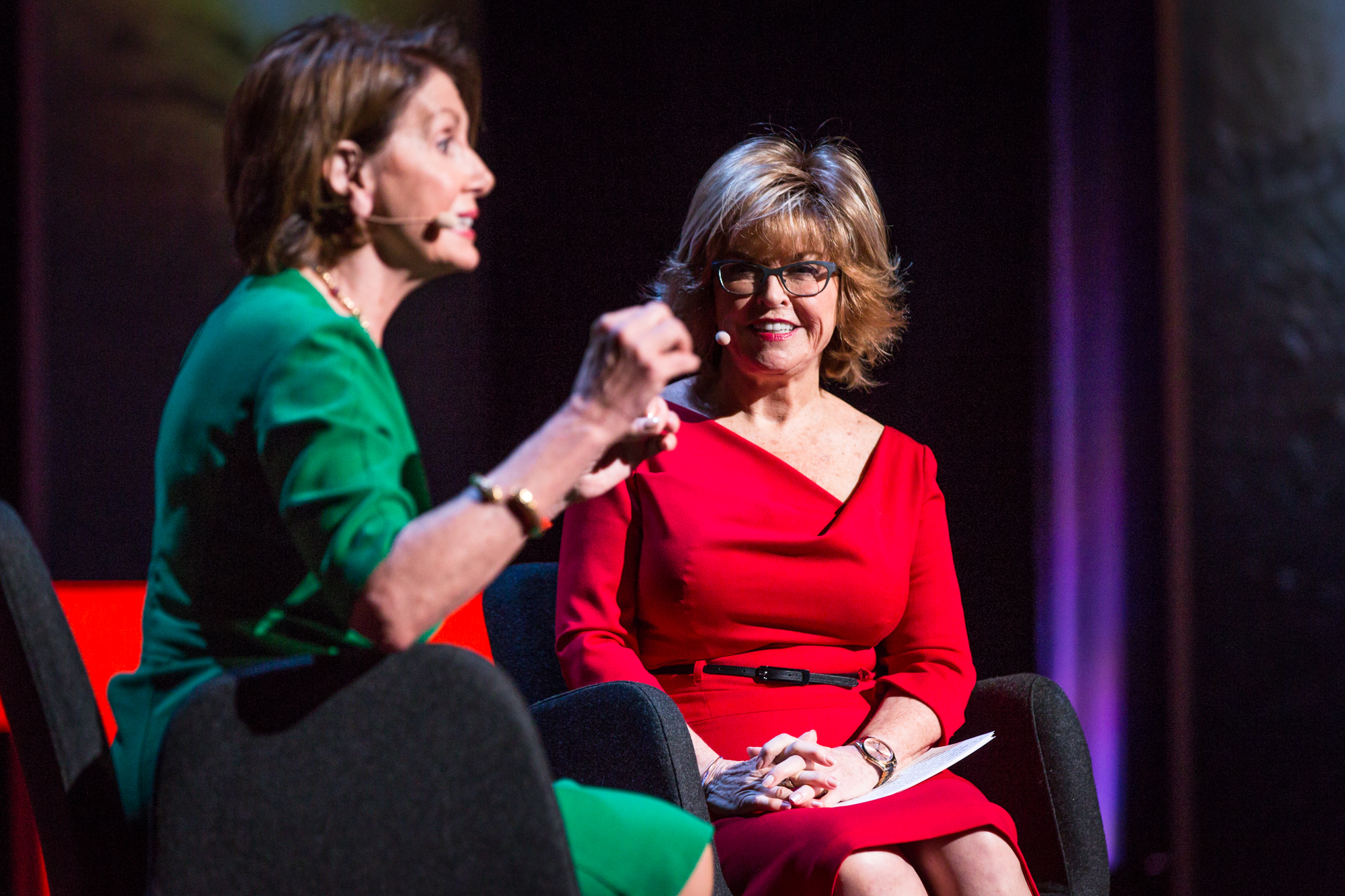 When she attended her first meeting at the White House, Pelosi was aware that this was unlike any White House meeting that any other woman had attended. As she sat down at the table with President Bush and the other leaders, she suddenly felt that the chair she was sitting on was very crowded. “It was weird, it was so tight, and I realized that on that chair were Susan B. Anthony, Elizabeth Cady Stanton, Sojourner Truth,” she says. “I could hear them say, ‘At last we have a seat at the table.'”

In that moment, she was standing on the shoulders of all the women who had come before her. “Women fought for the right to vote — it was not given,” she says, correcting the headlines that came after women’s suffrage in 1920. She realizes that one day, other women will stand on her shoulders, too.

Pelosi believes that the issues that face the United States are part of something bigger — and it all boils down to respect. “It’s about creating a government and society that are respectful of the voices of the people in their country,” she says. That future, she believes, is on the horizon.