At TED, speakers aren’t the only celebrities; some of the biggest heroes sit in the audience. Case in point: Our volunteer TED Translators, who donate their free time to translate TED Talks into their local languages, making the talks accessible to millions of people every day. Ahead of TEDGlobal 2017 in Tanzania, we invited these translators from around Africa and the Middle East to attend the conference, which kicks off this evening. 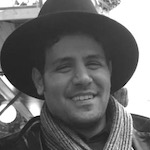 Hussain Al-Abdali (Saudi Arabia)
Teacher
Hussain teaches English at Saudi Arabia’s Ministry of Education. A dreamer since his youth as a shepherd boy, Hussain is an avid believer in the words of Brazilian novelist Paulo Coelho: “When you want something, all the universe conspires in helping you to achieve it.”Music, poetry, philosophy and, of course, reading and writing are Hussain’s passions. Read more about Hussain and his home country in his own words. 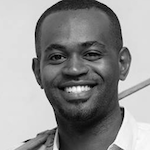 Riyad Almubarak (Sudan)
Engineer + freelance translator
Driven by his deep-seated passion for translation, Riyad has worked as a freelance translator since he graduated university with a degree in leather technology. He sees infinite potential in Sudanese youth to enhance their communities, themselves and even the world, and so he’s been an active participant in an array of youth initiatives in Sudan that aim to realize younger generations’ power to enact enlightened change. In addition, Riyad was an organizer and speaker at TEDxOmdurman, and he’s a cofounder of kushsudan.sd, a new organization whose goal is to increase and enrich positive Sudanese online content. 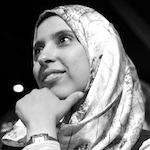 Lalla Khadija (Morocco)
Business developer + marketer
A lifelong Moroccan, Lalla lives in Casablanca at present. She works in business development and marketing, and has been a prolific TED Translator for several years. Recently, she joined the TEDx organizers community as the licensee for TEDxCasablanca. Lalla is a frequent traveler, a voracious reader (in Arabic, English and French) and a new yoga convert. 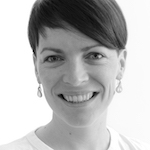 Ingrid Lezar (South Africa + Germany)
Communications professional
Ingrid is a longtime TED Translator and Language Coordinator whose professional work focuses primarily on effective writing and presenting, visual communication and multilingualism. In recent years, she’s added German-to-English translation to her CV. Ingrid hails from South Africa, but she’s lived in Japan and Estonia, and she currently resides in Berlin. Though a cosmopolitan, she keeps her native Afrikaans polished mainly through TED Talk translations. 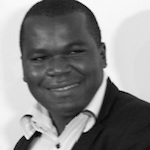 Joachim Mangilima (Tanzania)
Data scientist + entrepreneur
Since graduating from the University of Dar es Salaam with degrees in computer science and statistics, Joachim has channeled his expertise into using technology and its attendant data to address a range of common problems faced by underserved Tanzanian communities. Translating TED Talks into Swahili, Tanzania’s native language, is just one of many ways Joachim works to empower people in his home country. 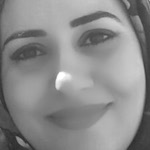 Nada Qanbar (Yemen + Qatar)
Government translator
Born and raised in Yemen, where she taught linguistics and phonetics at Taiz University for seven years, Nada holds several graduate and postgraduate degrees, including an M.A. in audiovisual translation. Obtaining this master’s degree enabled her to hone her subtitling, dubbing and voiceover skills, including for blind, hard-of-hearing and deaf audiences—skills which then helped Nada earn her current position as an expert translator for the Qatari government. In addition to these bona fides, she maintains a deep interest in gender dynamics, particularly as they pertain to women in the Arab world. An ardent believer in the power of dialogue to build solidarity among people the world over, Nada is committed to doing her part to build a viable, sustainable global community. 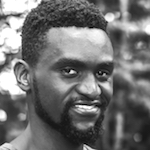 Nelson Simfukwe (Tanzania)
Technology entrepreneur
Based in Morogoro, Tanzania, Nelson is the cofounder of Zeal Luminance, a Kickstarter-launched business that crafts indoor lampshades with African fabrics (such as ankara, dashiki and kitenge) and recycled materials (plastic, for example), and also produces ebony wood sculptures. Read more about Nelson and his home in his own words. 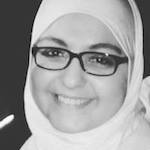 Ghalia Turki (Syria)
Entrepreneur + community leader
Ghalia is the founder of Magma, a Syrian social organization that develops projects to enable Syrians in their college educations and careers. She’s also president of World Merit Syria, an outfit whose mission is to increase awareness of sustainability and foster achievement of UN Sustainable Development Goal 4(or SDG4, which strives to ensure inclusive and quality education for all people and promote lifelong learning) in Syria. A freelance translator and blogger as well, Ghalia hopes to eventually channel her work into the reconstruction of her war-ravaged country. Note: Unfortunately, Ghalia wasn’t able to obtain a visa to attend TEDGlobal. We miss her! 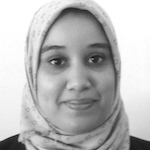 Fatima Zahra (Morocco)
Citizen journalist
Fatima currently studies at the YaLa Academy’s Aileen Getty School of Citizen Journalism, a non-traditional educational enterprise that trains youth from across the Middle East and Africa in various modes of citizen reportage, always with an eye toward dialogue, storytelling and peace-building. Intensely interested in web development, too, Fatima volunteers as a content writer and manager at an Indian news startup. Read more about Fatima — and a world-changing discovery made in Morocco this year — in her own words.

Written by Jesse Zurawell. Cross-posted from the TED Translators blog.
Tags for this story:
Live from TEDGlobal 2017TED TranslatorsTEDGlobal

How to learn a new language: 7 secrets from TED Translators

By Krystian Aparta They say that children learn languages the best. But that doesn’t mean that adults should give up. We asked some of the polyglots in TED’s Open Translation Project to share their secrets to mastering a foreign language. Their best strategies distill into seven basic principles: Get real. Decide on a simple, attainable […]

Translation by collaboration: How TEDxSapporo translators work together to find the perfect word

Ayana Ishiyama always thought she wanted to be a journalist. Two years ago, when she left her hometown in northern Japan to study abroad in the US, she signed up for journalism courses and wrote articles for the school newspaper to sharpen up her English skills. But while she loved interviewing people and sharing their […]