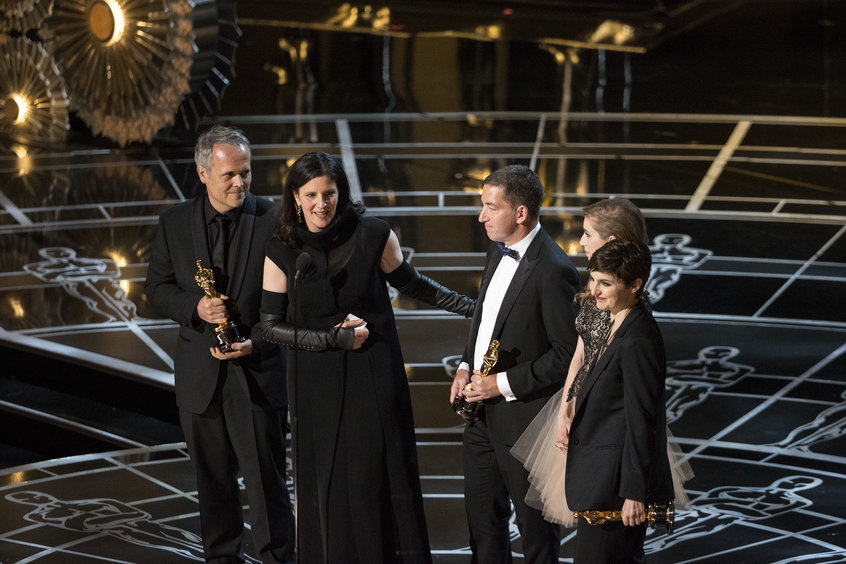 Documentary filmmaker Laura Poitras took home the Oscar for Best Documentary Feature for Citizenfour, and brought journalist Glenn Greenwald (watch his TED Talk) onstage with her to accept the award. The film dives into the world of Edward Snowden (watch his Q&A at TED2014), even showing him in the hotel room in Hong Kong where he first revealed his information to Greenwald. “Thank you to Edward Snowden for his courage,” said Poitras in her acceptance speech. “I share this with Glenn Greenwald and the other journalists who are exposing truth.” (Side note: Citizenfour debuts on HBO tonight. Check out Poitras, Greenwald and Snowden’s just-completed AMA about it.)

Later in the evening, John Legend (watch his TED Talk) and Common’s performance of the original song “Glory” received a tearful standing ovation. The song was written for the movie Selma, directed by TEDster Ava DuVernay (read our Q&A with her). While the film lost out to Birdman for Best Picture, it did win the award for Best Original Song. In his acceptance speech, Common reflected on how he and Legend recently performed the song on the famous bridge in Selma where King marched 50 years ago. “This bridge was once a landmark for a divided nation, but now it’s a symbol for change,” he said. To which Legend added, “We wrote this song for a film that was based on events 50 years ago, but we say that Selma is now. The struggle for justice is right now.” 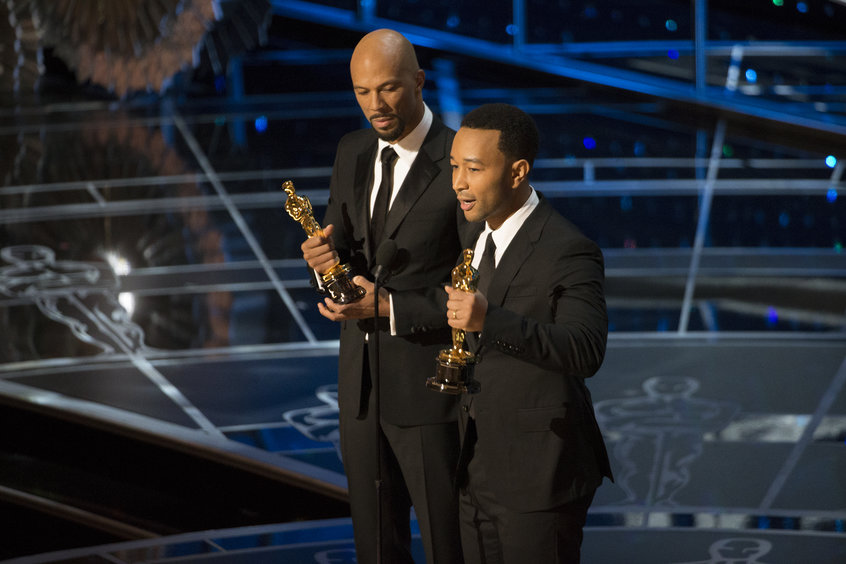 Meanwhile, Eddie Redmayne picked up the award for Best Actor for his portrayal of Stephen Hawking (watch his TED Talk) in The Theory of Everything. “This Oscar belongs to all of those people around the world battling ALS,” he says. “It belongs to one exceptional family — Stephen, Jane, Jonathan and the Hawking children. I promise to be its custodian.” Hawking’s response, posted on Facebook today: