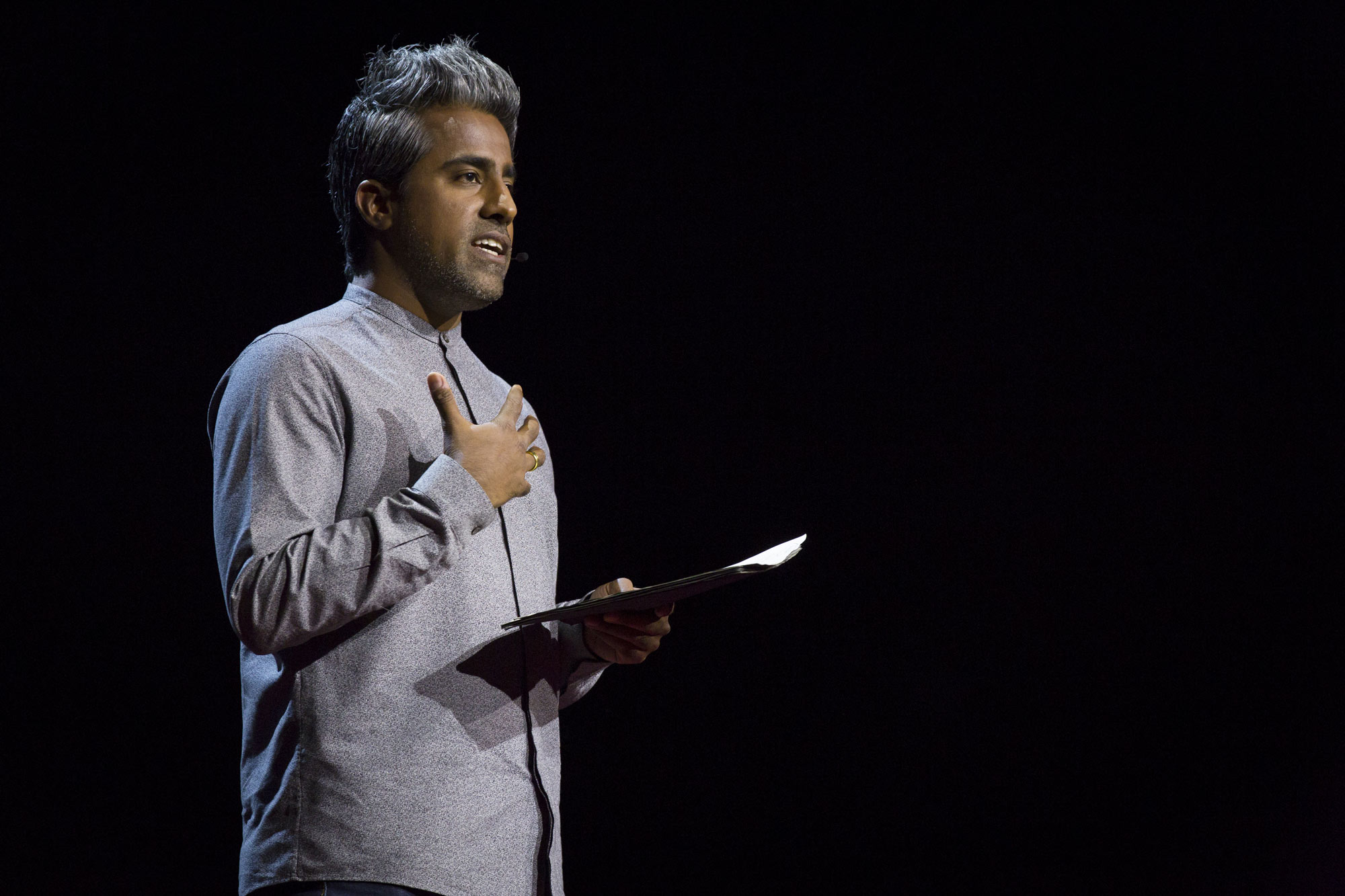 Writer Anand Giridharadas has come to TEDSummit to share an open letter to his fellow citizens. Invited by curator Bruno Giussani to address the dismay and confusion many have felt in the week after the Brexit vote result in the UK, the American writer and journalist lays out a vision that is as honest as it is poetic.

“I write to you because at present this quaking world we share scares me. I gather it scares you too,” he said, as he stood stock still in the center of TED’s red circle, as the audience listened, spellbound. “Some of what we fear, I suspect, we fear in common. But much of what we fear seems to be each other. You fear the world I want to live in, and I fear your visions in turn.”

With that, Giridharadas was off and running, describing the malaise and worry that so many feel, acknowledging that so many, in fact, have not enjoyed the benefits of increasingly global societies. Be that in Texas or South Dakota, in Greece or Japan, the quality of life for many has changed dramatically and for the worse … and yet too often the privileged elites such as Giridharadas and his ilk have failed to acknowledge this reality. “I heard that the fabric of your life was tearing. You used to be able to count on work and now you couldn’t. You used to be able to nourish your children and guarantee they would climb a little bit further in life than you had, and now you couldn’t. You used to be made to feel dignity in your work and now you didn’t. It used to be normal for people like you to own a home, and now it wasn’t,” he says, adding, “I heard all these things but I didn’t listen. I looked but didn’t see. I read but didn’t understand. I paid attention only when you began to vote and shout.”

And Giridharadas has a confession to make. Because here’s the thing. Not only was attention not paid until votes and the shouts made their presence felt, but in a way, attention was not granted because it was not deemed deserved. And while he will not accept that old privileges should remain, he does allow that empathy is key and has been missing. “I will admit, fellow citizen, that I have discounted the burden of coping with the loss of status. I had forgotten that what is socially necessary can be personally grueling.”

Globalism has been an inexorable force, and it has simply not been beneficial for all. What some dubbed “flexibility and freedom” was another person’s volatile pay, erratic hours and vanishing opportunities. But by using the terminology of increased interdependence, through the profligate use of terms such as “sharing economy,” “disruption,” or “global resource,” he admits that “I see what I was really doing at times was buying your pain on the cheap, sprucing it up and trying to sell it back to you as freedom.”

So. What’s the solution? Is there one? Sure. It won’t be pretty, it certainly won’t be easy, but the only way is through. “What we are doing, me with my marketplace, you with democracy, me with a fixation on disruption, you with a yearning for stability, is trying to survive by going around each other. If this goes on, there may be blood.” There’s still time for redemption, but it won’t come cheap. “This will take more. This will take accepting we both made choices to be here.”

But perhaps with this joint acknowledgement, both sides can help each other — and approach one another again. “You can help me to remember the vitality of belonging. I can help you to cope with change,” says Giridharadas. “If there is hope to summon in this ominous hour, it is this. We have for too long chased various shimmering dreams at the cost of attention to the foundational dream of each other.” It is time to tend to each other’s dreams once more, to unleash each others’ wonders and move through history together. “Let us start there,” he concludes.