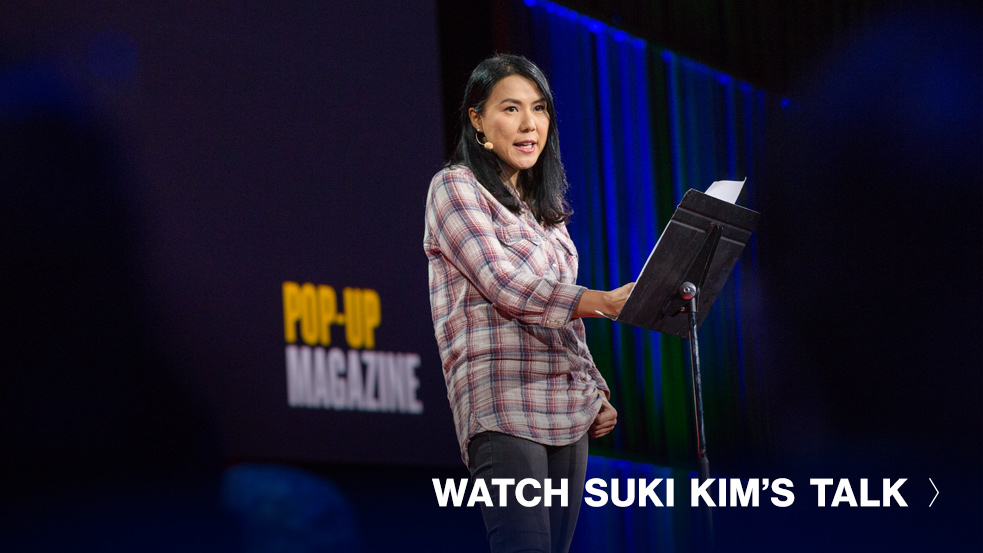 North Korean borderlands. Hotel rooms outfitted with binoculars to peer across the river at the forbidden land, spotty phone connections and a bridge partially destroyed by Korean War-era bombs, and smugglers of diamonds, watches and expensive face creams: This is the Chinese-North Korean border, a world of shifting identities and coded language. In the New Republic, Suki Kim traces its shadowy outlines as she makes her way to Dadong, a notoriously dangerous border city. In Dadong, she spends time with a group of smugglers, attempting to pierce the impenetrable logic of their world as she seeks a deeper understanding of North Korea that has always eluded her, “Whatever I sought to understand about North Korea was always beyond my grasp; the country’s inherent unknowability was a condition of its survival.” (Watch Suki’s TED Talk)

How your brain controls what you weigh. Losing weight is hard, and only a slim fraction of dieters are able to do so successfully. In the New York Times, Sandra Aamodt reveals the inherent flaw in dieting: the brain. The brain, she writes, has a host of tools that it uses to keep you within a certain weight range called your set point.  The brain’s natural responses not only make it difficult to lose weight and maintain it, but also make it more likely that you’ll end up gaining weight in the long run. But don’t give up! Sandra offers suggestions on what to do instead–within the limit of your brain’s natural responses, of course. (Watch Sandra’s TED Talk)

The second digital revolution. While the Internet has inarguably been revolutionary, it still faces significant challenges, like reliably verifying identity and conducting transactions online. But blockchain–the technology that powers bitcoin–promises to change all that, argue Don Tapscott and son Alex Tapscott in their new book Blockchain Revolution. The blockchain establishes what they call a “Trust Protocol” and the ability to record “virtually everything of value and importance to humankind,” without having to worry about security. It is, they suggest, the second generation of the digital revolution. (Watch Don’s TED Talk)

Don’t drag yourself to the polls, celebrate! US election seasons used to have parades, festivals and open-air debates — a joyful participation in civic life. Now, they’re mostly soundbites from a TV screen or 140-character inflammations. But it doesn’t have to be this way, says Eric Liu. With help from the Knight Foundation, Civic University, Liu’s nonprofit for powerful citizenship, is launching the Joy of Voting project. In four pilot cities across the country, it will partner with local organizations to get the community excited about voting this November. As Liu writes: “From parades and street theater, to civic engagement apps and university rivalries, this project will combine the old and the new to reinvigorate a culture of voting.” (Watch Eric’s TED Talk)

A hurdle to becoming who you are. Equality needs more than just social acceptance; it needs legal protections. In The Guardian, model and activist Geena Rocero writes that even though she and many other members of the transgender community were socially accepted in the Philippines, not being able to change her name and gender marker on important legal documents was a substantial hindrance — one that motivated her move to America. After moving to San Francisco and later to New York City to pursue a modeling career, she grappled with whether or not to reveal her transgender identity professionally. But after she came out ( at TED2014), she was inspired to tell the stories of others going through similar struggles. “There are still a lot of trans people’s stories that need to be told – the ones who never had the resources and support to emigrate to the United States.” (Watch her TED Talk)

The ultimate check and balance. In his first-ever longform article, Edward Snowden asserts the political and democratic necessity of whistleblowing  in The Intercept. Sitting with the knowledge of enormous, illegal wrongdoing, he says, is an excruciating moral compromise too many are forced to make. Citing heroic examples, such as the Pentagon Papers and Wikileaks, Snowden explains the uncomfortable differences between accepted and illegal whistleblowing. “What explains the distinction between the permissible and the impermissible disclosure? The answer is control. A leak is acceptable if it’s not seen as a threat, a challenge to the prerogatives of the institution.” Despite the enormous risks, he argues, whistleblowers like him act on this core driving principle: “We, the people, are ultimately the strongest and most reliable check on the power of government.” (Watch his TED Talk)

Give up more often. “Never give up” is a cornerstone of persistence and grit. But according to Tim Harford in The Financial Times, knowing when to give up is just as valuable. Using Daniel Kahneman’s (watch his TED Talk) and Amos Tversky’s “loss aversion” principle, Harford shows how our natural psychological dislike of losses over gains causes us to overlook the advantages of moving on and, ultimately, trying a better approach to the same problem. (Watch Tim’s TED Talk)

The unintended consequences of campus reform. At the end of 2015, students protesters across the United States approached campus administrators with demands for campus reform addressing racial concerns on campus. In the Wall Street Journal, using key tenets of psychology and scientific studies, Jonathan Haidt and Lee Jussim show how the proposed reforms may actually backfire, arguing that “they are likely to damage race relations and to make campus life more uncomfortable for everyone, particularly black students.” Instead, they call on universities to try a different approach than the one that has failed over the past several decades, a new approach based on available knowledge of what does and doesn’t work in order to create a campus where everyone feels welcome. (Watch Jonathan’s TED Talk)