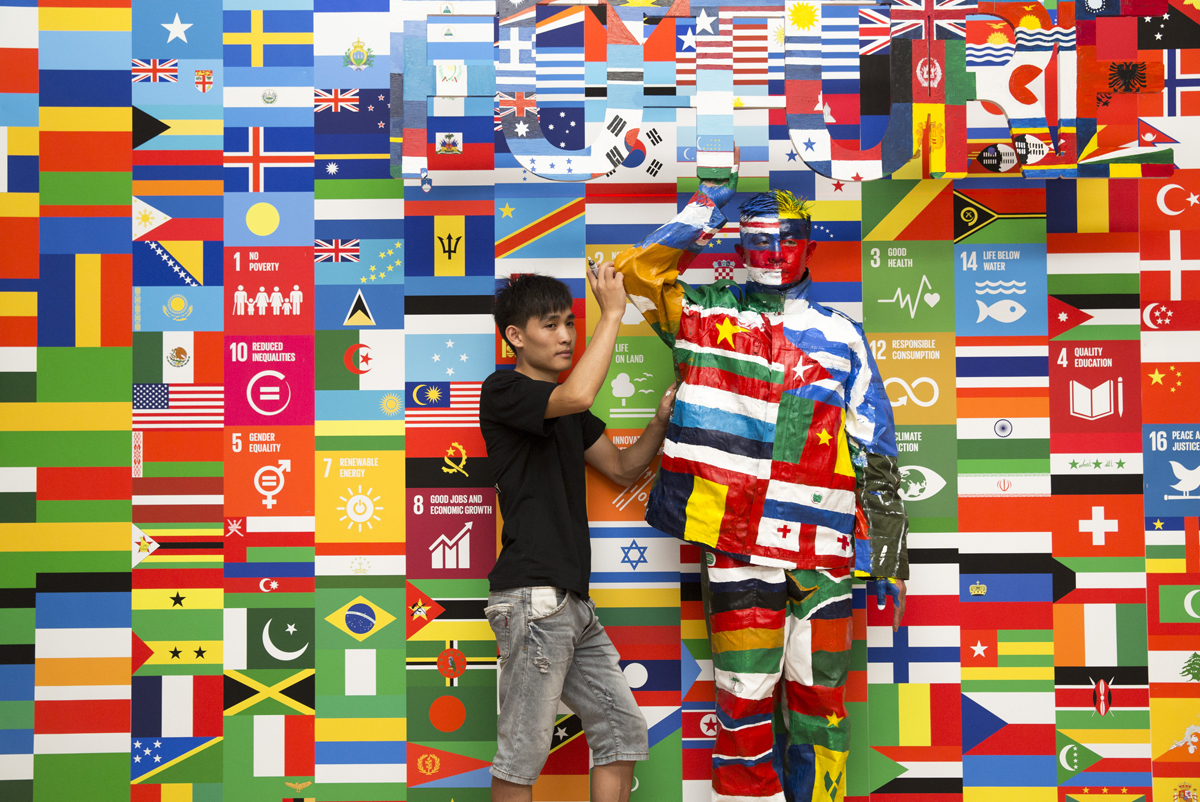 Artist Liu Bolin’s latest work, “The Future,” shows him blending into a collage of flags, to raise awareness for the UN’s Global Goals. “I hope that through this work, more people will become aware of how serious the issues we face are,” he said. Photo: Getty Images, courtesy of the UN

You might know artist Liu Bolin by his outline. He paints himself to disappear into backgrounds, becoming a ghost-like presence in his images. (Watch his TED Talk, “The invisible man.”) It’s a trick of the eye designed to make a point. In his latest piece, “The Future,” he aims to raise awareness about the United Nations’ Global Goals.

The Global Goals pick up where the Millennium Development Goals left off. (For more, watch the talk “Let’s crowdsource the world’s goals.”) The Millennium goals had a deadline of 2015 and focused on eight actions for developing countries. The Global Goals broaden out from there with 17 goals for all countries, from “No Hunger” to “Innovation and Infrastructure” to “Climate Action.”

In “The Future,” Bolin melts into the flags of the 193 UN countries whose leaders will officially adopt the Global Goals at UN headquarters in New York on September 25, 2015. Dotted among the flags are graphic representations of the goals themselves.

“The piece aims to make people think about the future of human beings,” said Bolin. “Art cannot change the future, of course, but it can touch the present. I hope that through this work, more and more people will become aware of how serious the issues we face are.”

At the TED Conference in spring 2013, Bolin gave a behind-the-scenes look at how he and his team create images like this, in a meticulous process that reminds us of paint-by-numbers kits. (Watch a timelapse of how he disappeared into the TED stage.) Below, enjoy a glimpse at the making of “The Future.” 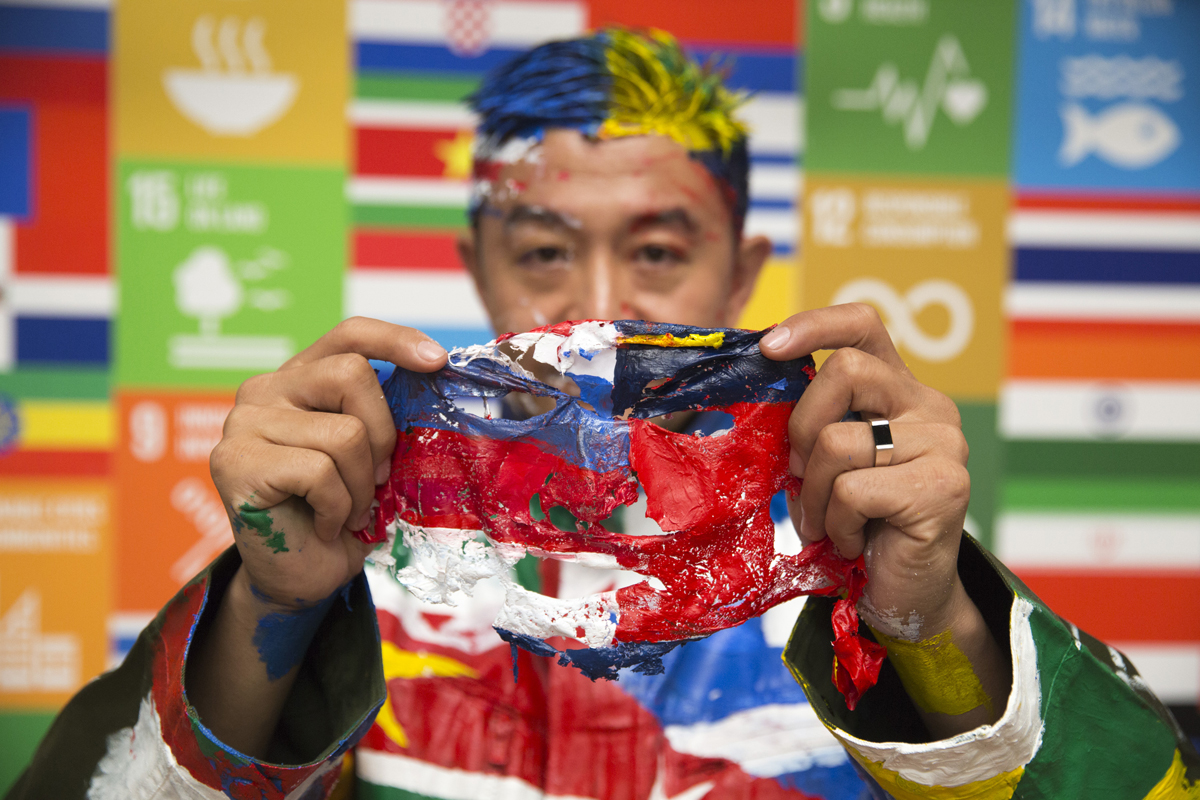 One trick Liu Bolin uses to disappear into backgrounds? A peel-off face mask. Even his hair gets painted. Photo: Getty Images, courtesy of the UN 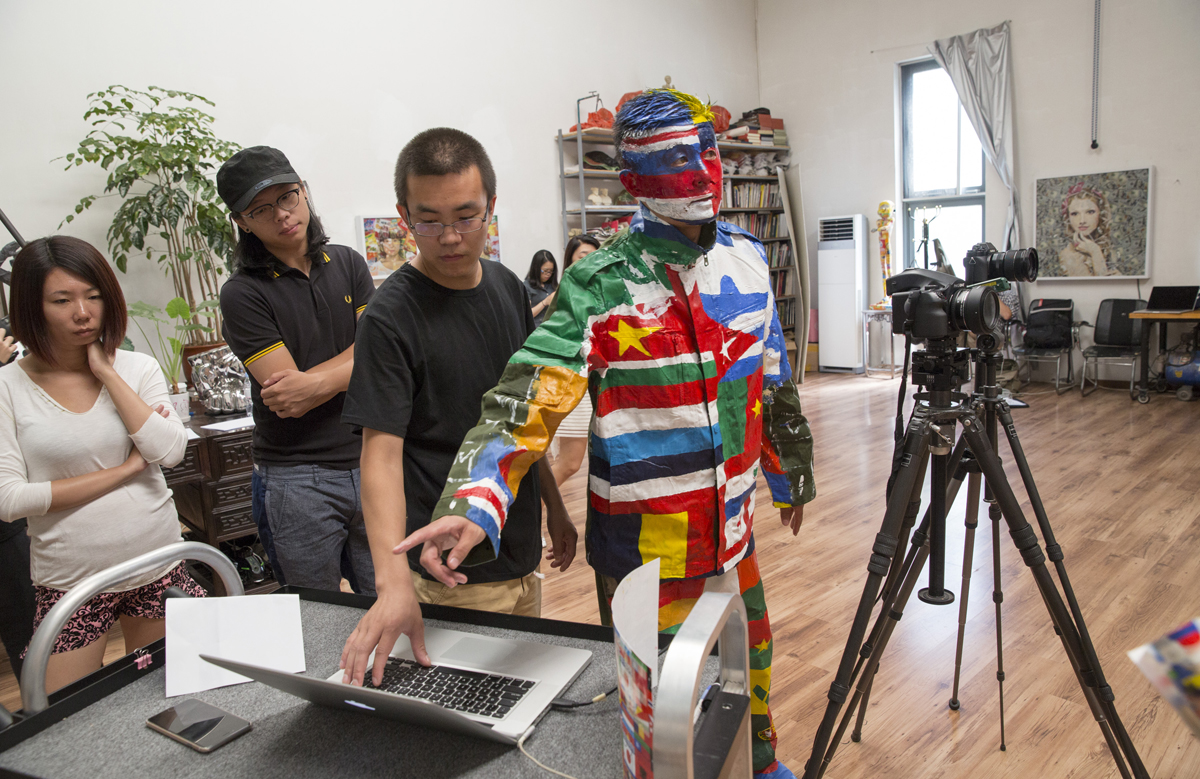 Liu Bolin used a wall in his Beijing studio to create “The Future.” Here, he gauges camera alignment on the photo set. Photo: Getty Images, courtesy of the UN 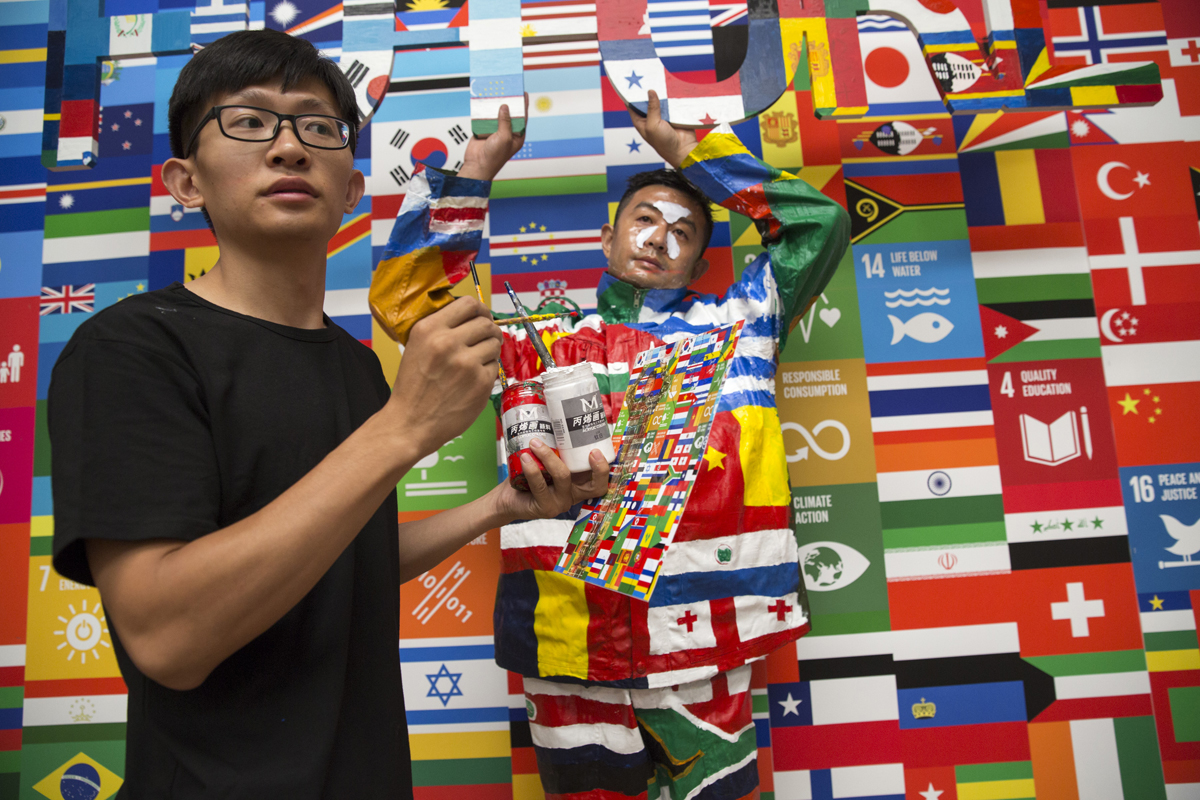 An assistant holds paint tubs and a scale image for reference. It lets the team visualize what’s behind Liu Bolin, so they can paint his outerwear just so. Photo: Getty Images, courtesy of the UN 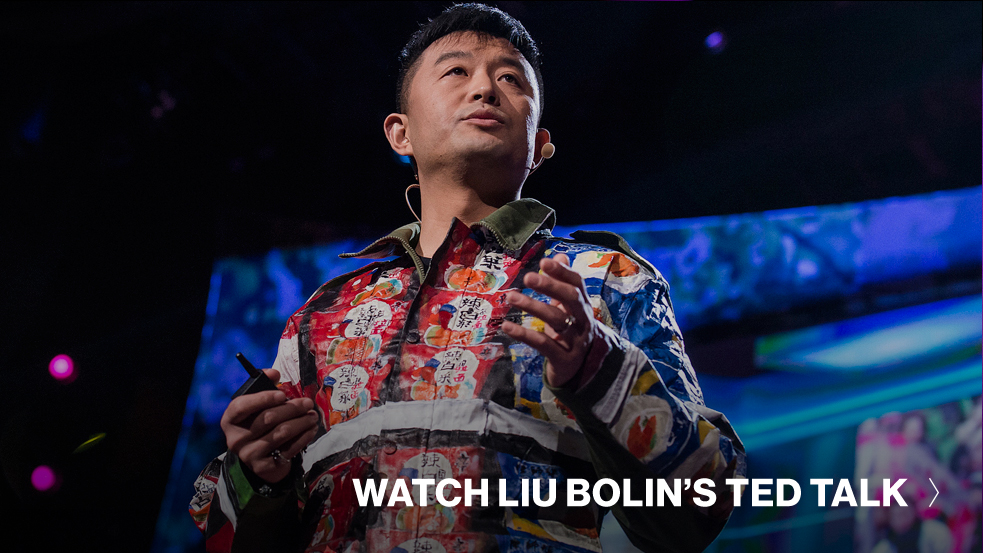