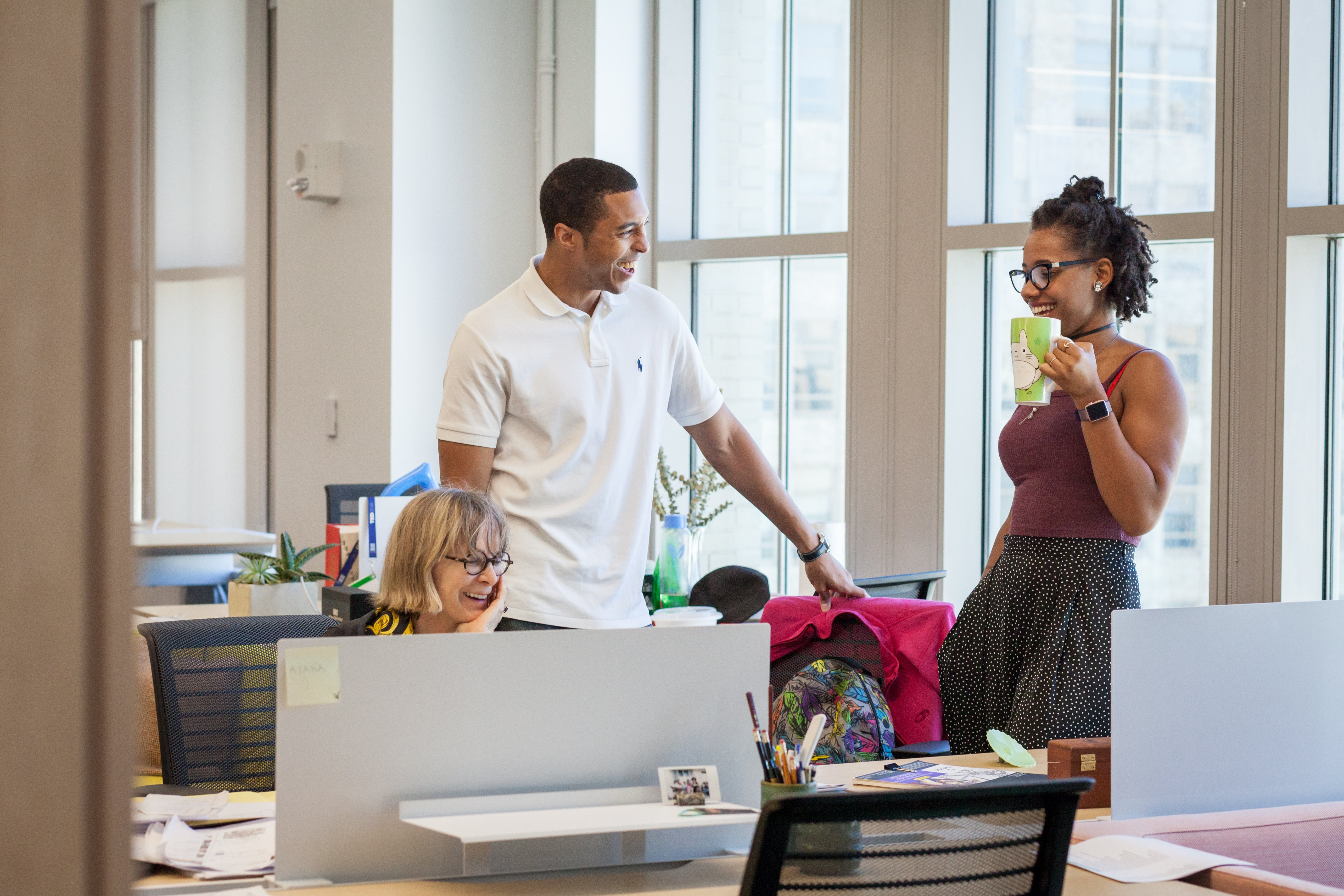 On September 12, TED welcomed its latest class of the TED Residency program, an in-house incubator for breakthrough ideas. Residents spend four months in the TED office with fellow brilliant minds who are creatively taking on projects that are making significant changes in their communities, across many different fields

At the end of their session, Residents have the opportunity to give a TED Talk about their ideas in the theater of TED HQ.  Read more about each Resident below:

Kevin F. Adler is the founder of Miracle Messages, a social venture that uses short videos, social media, and a global network of volunteers to reunite homeless people with their long-lost loved ones. His goal is to serve 1% of the world’s homeless population by 2021.

Zubaida Bai cofounded AYZH (pronounced “eyes”) seven years ago to bring simplicity and dignity to women’s healthcare worldwide. Innovations such as her Clean Birth Kit in a Purse are saving and changing the lives of the world’s most vulnerable women and children.

Formerly a career diplomat, Miriam Bekkouche‘s current work combines the latest in neuroscience and behavioral psychology with ancient traditional wisdom. She is the founder of Brain Spa, a coaching and consulting company that explores what mindfulness practice can bring to global problems.

Jordan Brown is a digital health professional who is developing a platform to promote the use of virtual reality and immersive video games in healthcare. In 2014, he founded MedPilot, which tackles the challenges of rising consumer medical costs.

Angel Chang is a womenswear designer working with traditional hand-woven textiles of ethnic minority tribes in rural China. She is taking what she’s learned about indigenous crafts and applying that knowledge to make the fashion industry more sustainable. 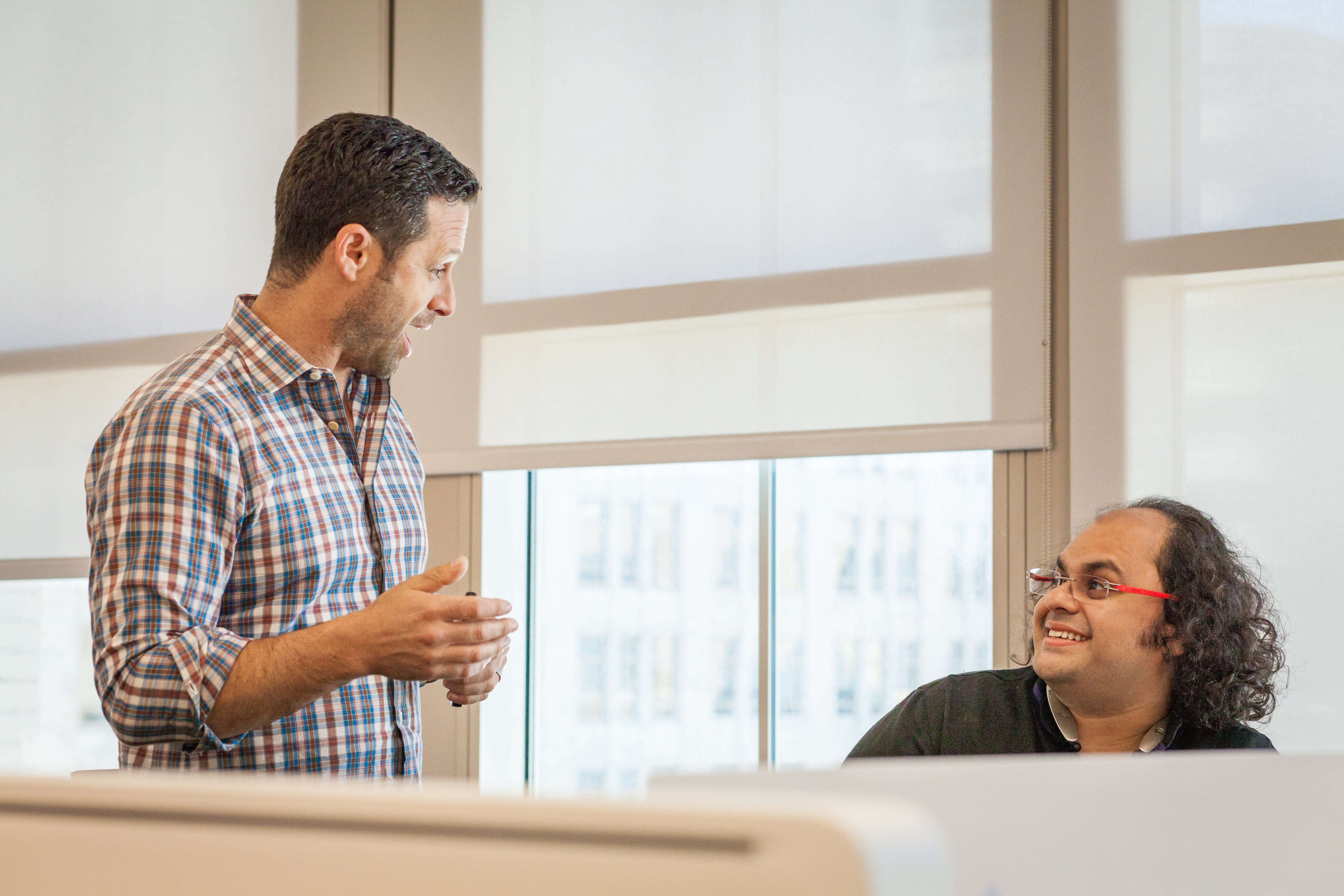 In his doctoral studies at Cornell University, Abram Coetsee studies the intersection of museums, new media and graffiti. Currently, he is curating a 3D digital reconstruction of 5Pointz, a New York City landmark until it was destroyed by real estate developers in 2014.

Sharon De La Cruz is CEO and Creative Coder of the Digital Citizens Lab, a design collective with a focus on civic technology. Using play as a fundamental tool, Sharon and her team create resources for educators that can meet the needs of historically underserved children of color. Their primary product, “El Cuco,” is an interactive digital comic built to teach children code logic.

As a oud player, Hadi Eldebek has toured with Yo-Yo Ma’s Silk Road Ensemble. As a cultural entrepreneur based in New York City, he is collaborating with his brother, Mohamad Eldebek, on two projects: GrantPA, a platform that helps artists find and apply for grants, and Circle World Arts, a global network of workshops that connects artists, audiences, and institutions across continents, languages, and traditions. Mohamad plays percussion and has a master’s degree in neuroscience.

Trained as a visual artist, Danielle Gustafson launched the New York Stock Exchange’s first website in 1996. For the next decade, while serving as a digital-strategy executive in financial services, she also (literally) moonlighted as cofounder of the NYC Bat Group. She now advocates for broader awareness and study of bats, and believes that the smartphone may be the most important conservation tool of the 21st century.

Shani Jamila is an artist and a managing director of the Urban Justice Center. She creates pieces and curates public programs that use the arts to explore justice, identity and global engagement.

Brooklyn-based filmmaker, eco-activist, and futurist Shalini Kantayya uses her work as a tool to inspire audiences to action. The mission of her production company, 7th Empire Media, is to create a sustainable planet and a culture of human rights through imaginative media.

Francesca Kennedy founded Ix Style after seeing Lake Atitlan, in which she was baptized, contaminated and overrun with algae (“Ix” is the Mayan word for water). The company sells huarache sandals and fashion accessories made by Mayan artisans in Guatemala, and then donates a portion of every sale to providing clean drinking water for local children. 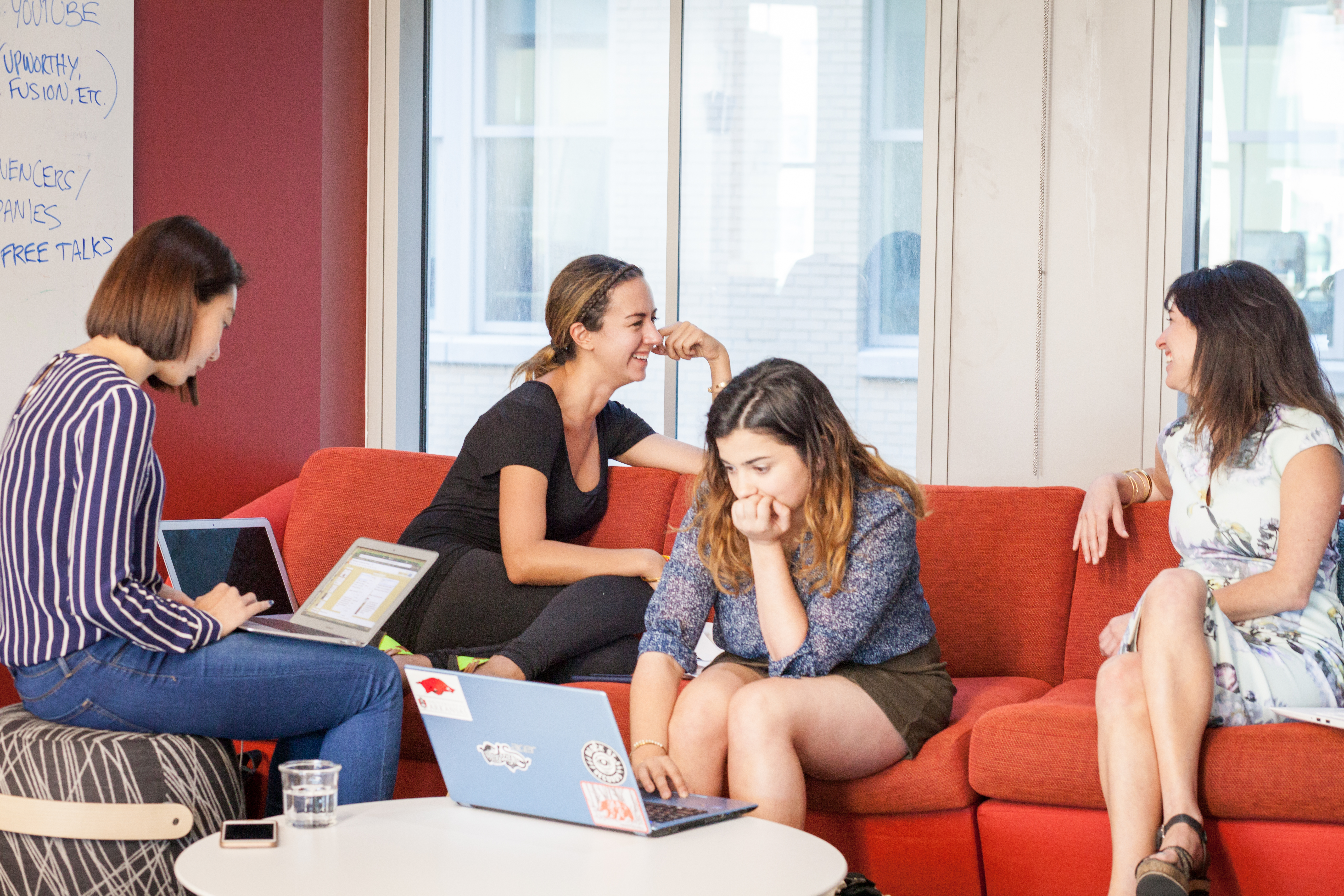 A backpacker-turned-bartender, Jeff Kirschner is a serial entrepreneur with a love for storytelling. His latest venture is Litterati, a growing global community that’s crowdsource-cleaning the planet, one piece at a time.

Lia Oganesyan believes in the power of virtual reality to foster community. Previously, she co-published DARPA-funded research that assessed how soldiers with PTSD responded to virtual human therapists. She is now building VeeR Hub, an online marketplace for virtual reality content creation.

Marlon Peterson is president of The Precedential Group, a social justice consultancy. He is a gun violence prevention strategist, writer, and now media maker.

While maintaining her fulfilling career as a healthcare and life-sciences executive, Susan C. Robinson is exploring how the natural expertise and unique skill sets of people with “disabilities” may be reframed–and how businesses can thrive while pioneering new standards for diversity and inclusion.

Kunal Sood is the founder and CXO of X Fellows and cofounder of NOVUS, which recently hosted a summit at the United Nations that explored using exponential technologies and innovation to achieve the 17 UN Global Goals. He is writing a book about exponential happiness.

Artist Rachel Sussman created “The Oldest Living Things in the World” (see her 2010 TED Talk here). Her current work includes a massive, handwritten timeline of the history—and future—of the space-time continuum (at MASS MoCA through April 2017), a sand mandala of the Cosmic Microwave Background (Oct. 28 to March 5, 2017, at New Museum Los Gatos), and a 100-Year Calendar, which she will develop during her TED Residency.

Elizabeth Waters is a neuroscientist and educator working to enrich and expand science education. Her school-based research projects engage students in rigorous, purposeful multiyear science experiments. In her K–12 curriculum for the Bronxville, New York school system, kids will collect, analyze and interpret data on water quality in the Bronx River over the next five years. 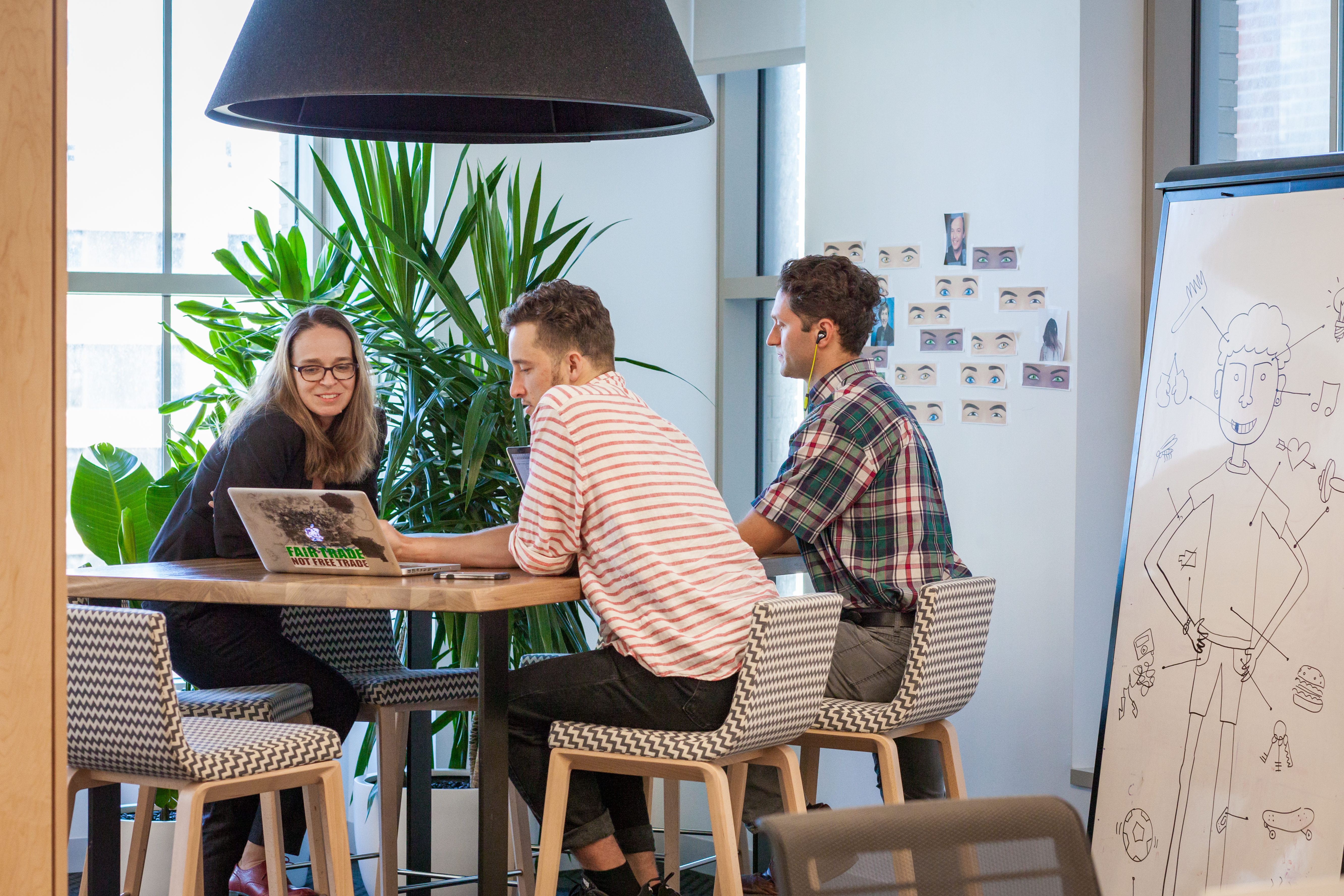