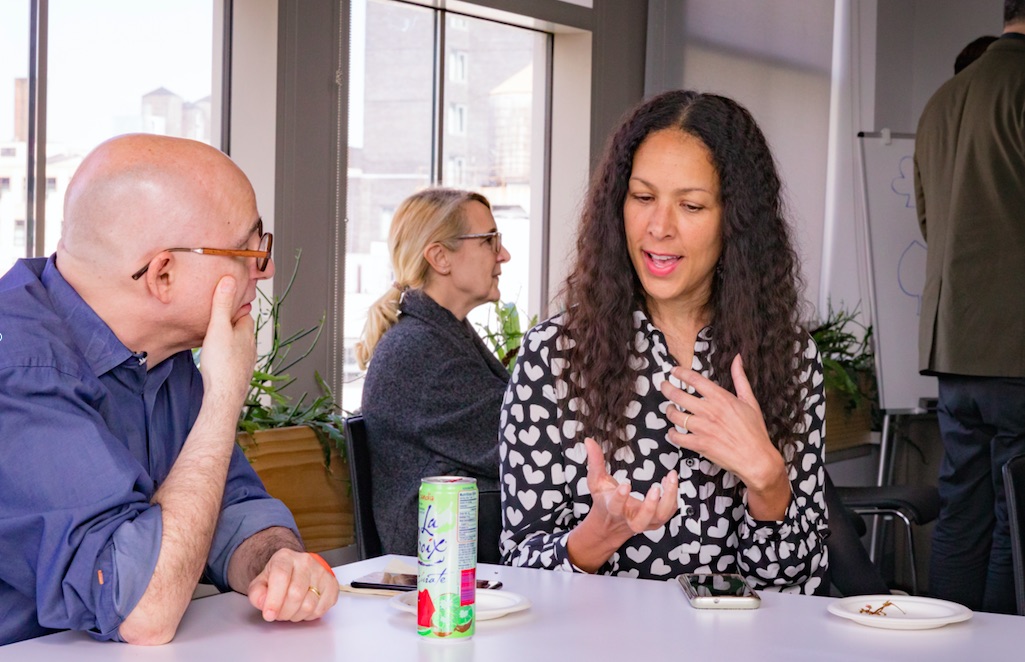 On March 6, TED welcomed its latest class to the TED Residency program. As an in-house incubator for breakthrough ideas, Residents spend four months in the TED office with other exceptional people from all over the map. Each has a project that promises to make a significant contribution to the world, across several different fields. 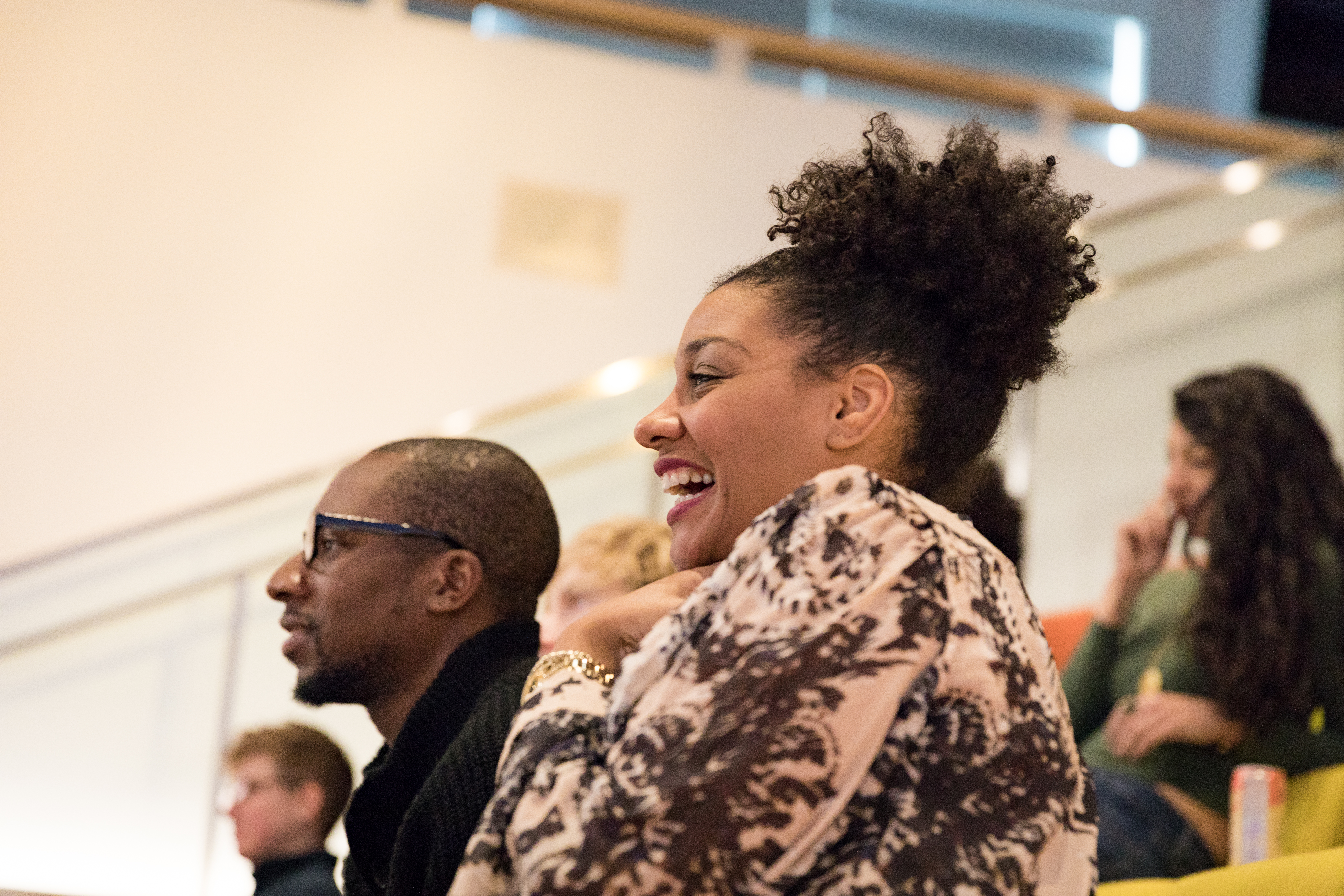 At the end of the program, Residents have the opportunity to give a TED Talk about their work and ideas in the theater at TED HQ. Read more about each Resident below:

The daughter of Syrian immigrants , Maytha Alhassen defended her doctoral dissertation in American Studies & Ethnicity at USC. She was co-editor of Demanding Dignity: Young Voices From the Front Lines of the Arab Revolutions, and her current work focuses on dignity’s central role in liberation movements.

Farhad Attaie wants to sound an alarm: child health is on the decline for the first time in generations. He is a co-founder of hellosmile, a community-focused healthcare startup that promotes preventative care for children.

Carlos Augusto Bautista Isaza is a Colombian creative technologist and interactive engineer whose work focuses on improving information access. He is currently developing MineSafe, a crowdsourced repository of safe walking paths for areas affected by landmines.

Jackson Bird is a video creator and activist. Since publicly coming out as transgender on YouTube, he has been using digital media to amplify transgender voices and promote accurate, respectful representation of transgender people.

New York–based designer Wendy Brawer is the creator of the Green Map, a tool that uses distinctive iconography to denote green-living, natural, social, and cultural resources. Locally led in 65 countries, GreenMap.org will soon relaunch with a new, open approach to inspire greater action on climate health and environmental justice among residents and travelers alike.

Formerly director of the MediaLab at the Metropolitan Museum of Art, Marco Antonio Castro Cosío is a designer and technologist. His current project is Bus Roots, a program that puts gardens on the roofs of city buses—to capture rainwater and add green space while also providing a virtual-reality learning experience inside.

Award-winning artist Alison Cornyn is using photography and historical documents to create “Incorrigibles,” an installation and web platform that investigates the incarceration of young women in the US. She also teaches at the School of Visual Arts Design for Social Innovation MA program.

Daniel Gartenberg is a sleep scientist who is testing a new way to detect and improve sleep quality using wearable devices. He is validating his invention in collaboration with Penn State, the National Science Foundation and the National Institute of Aging.

Journalist Duarte Geraldino is documenting the stories of US citizens who’ve lost friends and family to deportation. In the process, he is creating a national archive and shared resource to gauge the impact of the evolving US immigration policy. 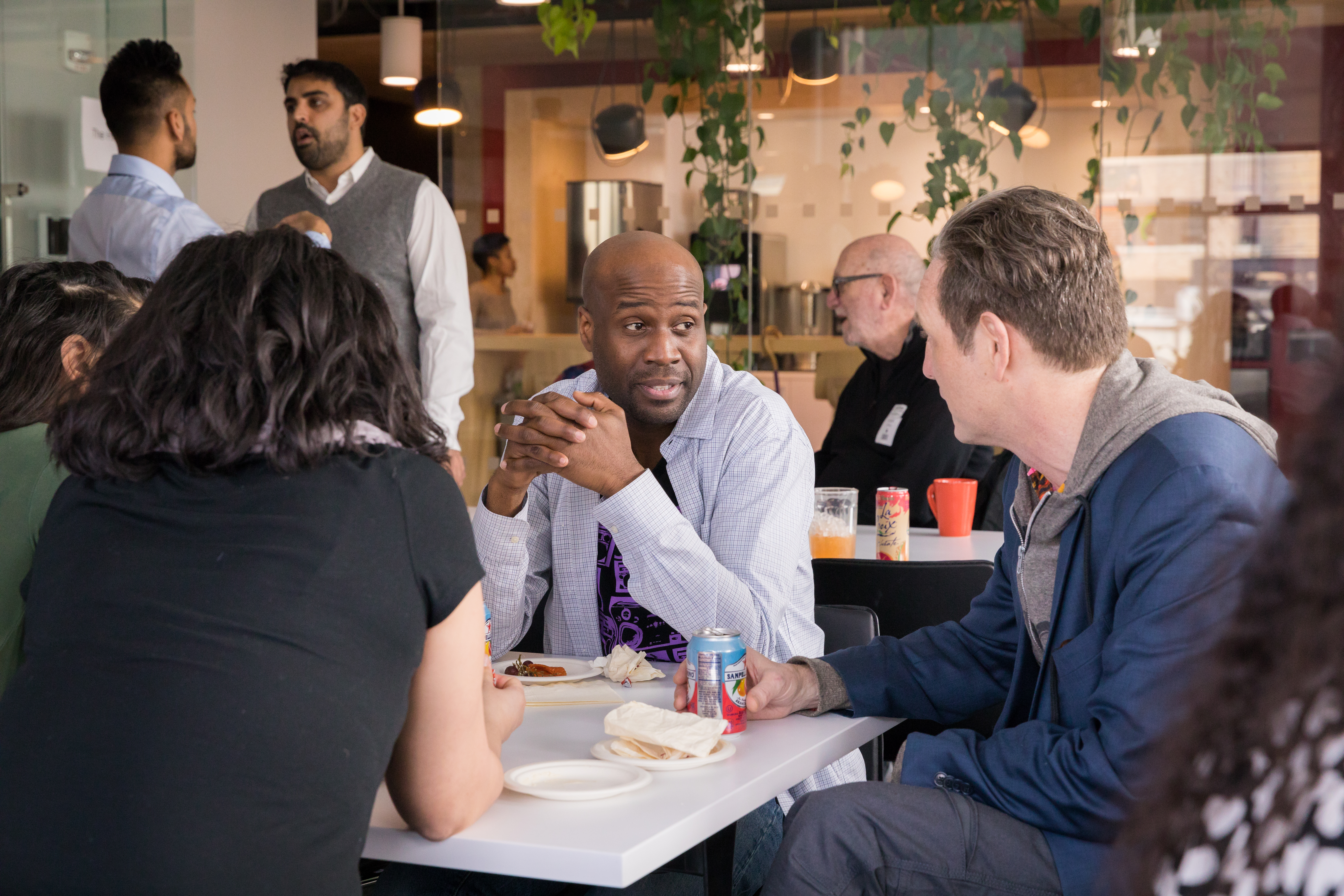 Anurag Gupta is the founder and CEO of Be More, a social enterprise that employs proven training programs to eradicate unconscious bias. He is also an attorney and a mindfulness expert.

In her two decades of interviewing women and girls, filmmaker and journalist Sue Jaye Johnson documented dozens of stories about the isolation of shame. Now she is focusing on healthy, real-life sex stories from across generations, cultures and orientations—to expand the idea of what’s normal, what’s possible, and who we are as sexual beings.

Anindya Kundu is a sociologist who studies the qualities that enable disadvantaged students to succeed, despite personal, social and institutional challenges. His book, Achieving Agency, is forthcoming.

A native of Finland, Linda Liukas is the creator of Hello Ruby, a children’s book that teaches programming skills without a computer. A programmer herself, Linda wants to make computers big again—so big that a child can crawl inside and learn how it works from the inside out. 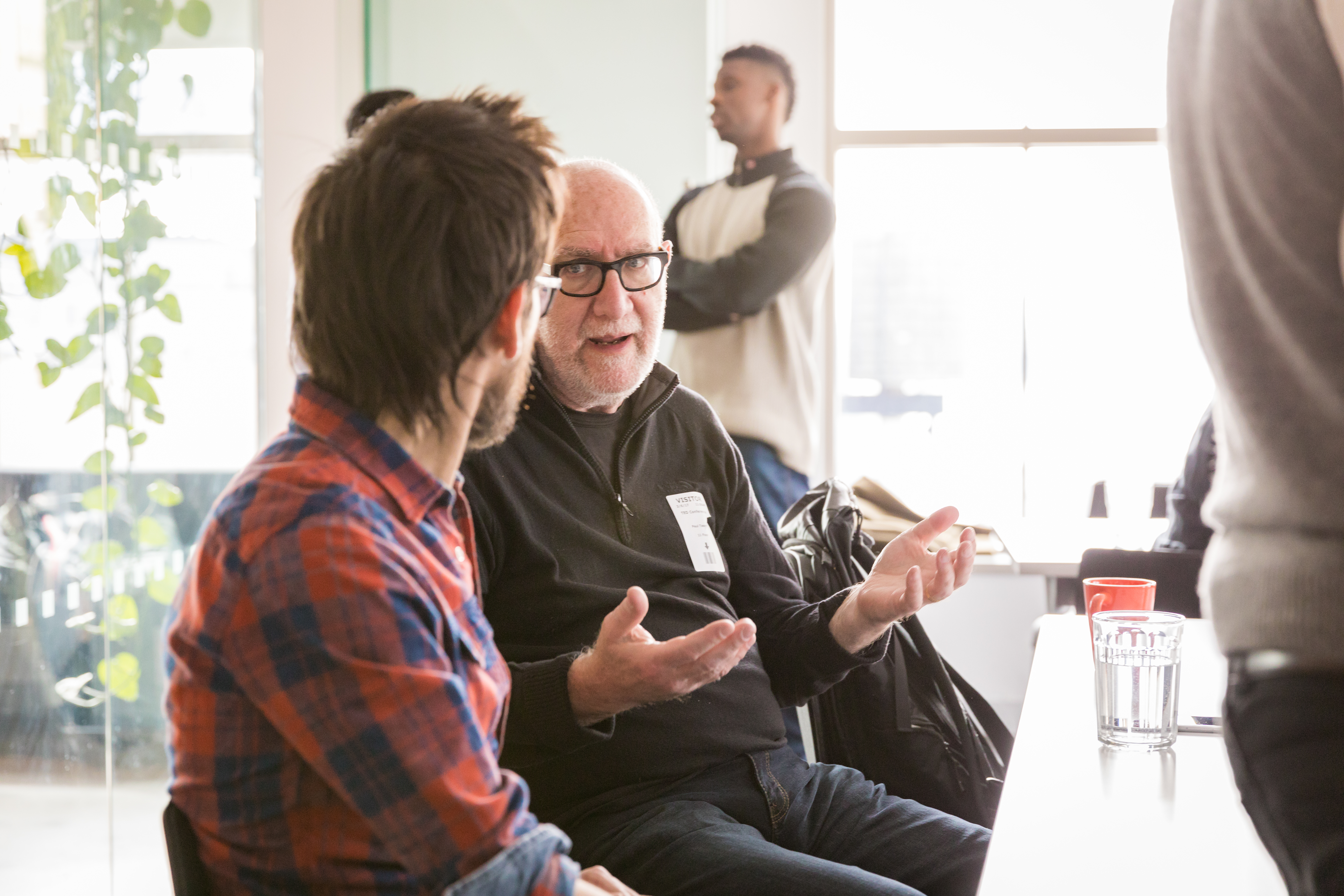 Beth Malone is an artist, curator and social entrepreneur who’s exploring ways art can reimagine (and improve) environment and circumstance. In her case, that includes coping with her father’s dementia, and helping others understand what it may mean if they are confronted with the disease.

Leslie Martinez is a designer and researcher who works at the intersection of immigration and design. She recently organized Hack the Ban, a hackathon that matched creatives and technologists with organizations supporting the Muslim and immigrant communities of New York City.

Matthew Nolan is a social entrepreneur and technologist who founded and developed Verona, an app that promotes world peace by introducing users to others with opposing views.

Evita Turquoise Robinson is the creator of the Nomadness Travel Tribe—a celebration of cultural harmony and curiosity spread by some 15,000 likeminded travelers of color. She is now considering what might happen if black communities use their buying power to invest in international property, while retaining a sense of social and economic consciousness.

Steven Rosenbaum is a digital entrepreneur, filmmaker, author and journalist (7 Days In September, MTV Unfiltered, Curation Nation). He sees the “fake news” crisis as an invitation to rethink the presentation of news, and help consumers tell the difference between fact and opinion.

Bayeté Ross Smith is a multimedia artist who is on the faculty at NYU and the International Center of Photography. His new project examines the mindset and traditions of people of color who serve in combat for the US military, despite knowing that they will continue to face oppression when they return home.

Writer-photographer Katie Salisbury is working on a multimedia project that will tell the stories of Chinese takeout workers in New York City and also examine the significance of Chinese food in American culture.

Disinterested in retirement, Paul Tasner instead launched PulpWorks, Inc., a packaging company that uses only waste paper, agricultural byproducts and textiles as raw materials. His goal is to reduce the billions of pounds of plastic packaging that enter our oceans, waterways and landfills each year.

After losing her nephew to suicide, Emmy-winning TV producer Nikki Webber Allen made it her mission to spark awareness of mental health issues in the African-American community. She believes that the cultural stigma of mental illness in communities of color keeps many people from seeking help, and she is working on a documentary to tell the candid stories of young people dealing with these disorders.

Applications for the Fall 2017 class (which runs September 11 to December 15) open on April 15 at ted.com/residency