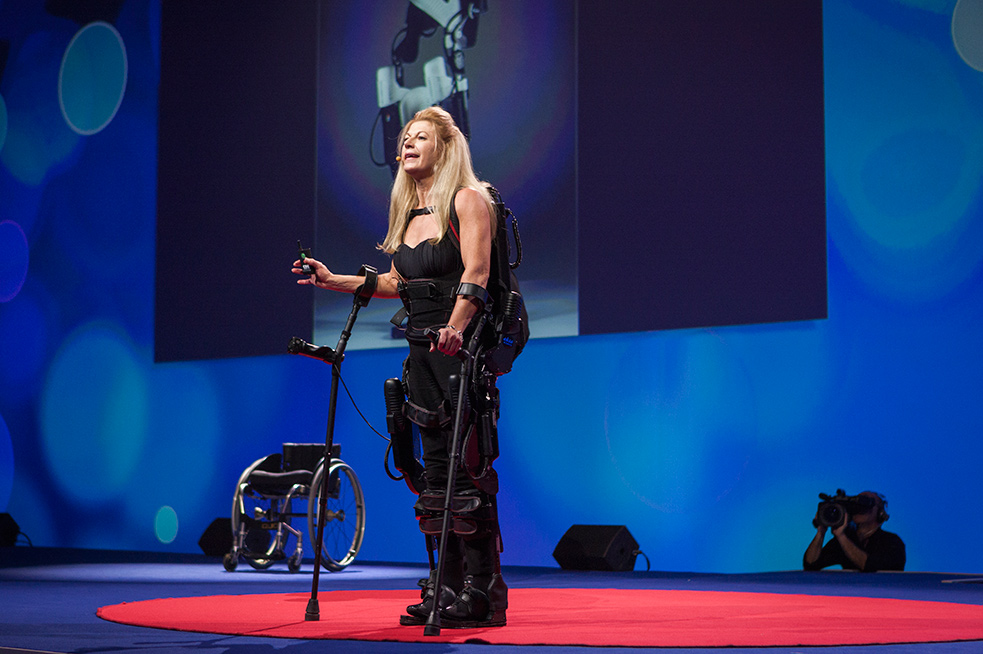 Amanda Boxtel has been in a wheelchair for more than two decades. At the TEDCity2.0 Salon, she showed how a bionic exoskeleton suit helps her walk. Photo: Paul Persky/TED

In the past 30 years, 300 million people in China have left rural areas and moved to cities. Which means that a lot of thinking about the future of cities is happening here. At the TEDCity 2.0 Salon — an event held in Chengdu, China, on November 12, in partnership with the Michelin Corporate Foundation — the theme of mobility in cities ran throughout the day.

From cars to drones to exoskeletons, some choice words from each of the TEDCity 2.0 Salon talks:

“What is the core of the climate crisis? The problem is: We have 190 sovereign states discussing together, and each one tells its negotiator: Don’t give up anything until the other countries give up something also. Nobody speaks on behalf of the planet. No one speaks on behalf of the sea, the atmosphere. We need a planet policy, a policy as if planet Earth were one country.”

—Brice Lalonde, UN Climate Change leader and former presidential candidate in France, explains what we can do as a collective to reduce greenhouse gas emissions 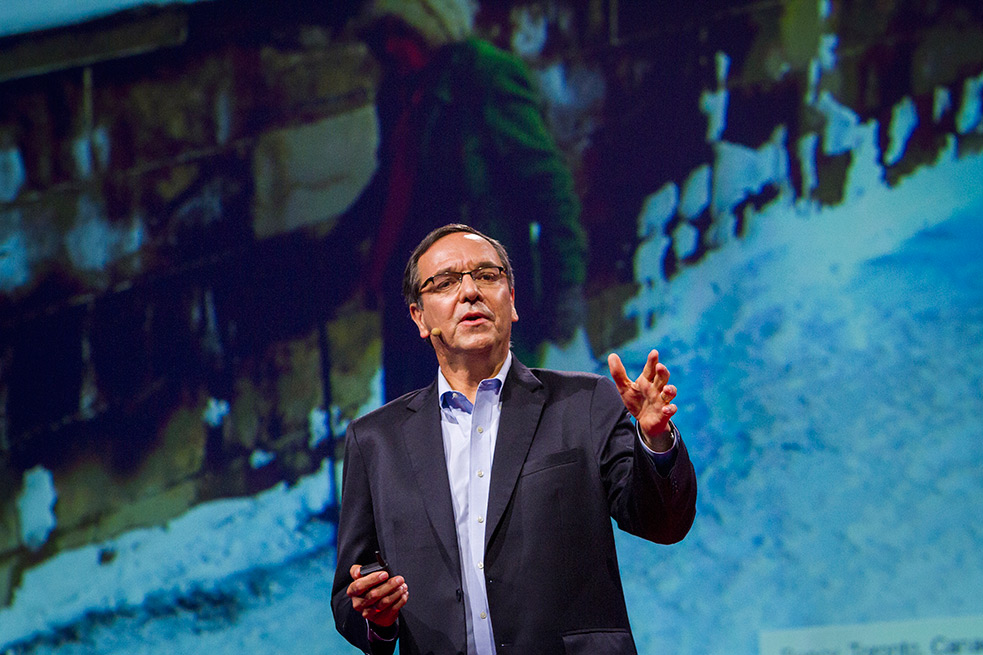 Gil Peñalosa explains why new modes of transportation are a must for growing cities. Photo: TED

“For too long we’ve associated building roads with progress. But roads are very expensive to build, very hard to maintain, and they are not scaling at the rate we need them to scale. … What we have done is turn hours of dangerous driving into minutes of smooth flying.”

—Paola Santana of Matternet on their light, low-cost autonomous drones that can deliver goods to people in remote areas

.
“Today, any entrepreneur, hacker or large corporation can take data from one source and data from another source, and put it together to provide a new service. What if we can do that for the city?”

.
“It’s not just my mom: it’s all your moms and all your dads. In 2015, with the aging population, more and more elders will need our care.”

—Doris Leung of Hong Kong’s Diamond Cab Company, on why she created a taxi service for those with medical needs

.
“The wheelchair is a universal symbol for disability that’s been around for 1,500 years. For some people, it becomes their identity. … Imagine a day when a child that has limited mobility can go to a clinic, get a full-body scan and have a robot printed for them from the ground up. Imagine if this robot could be pulled on like a pair of pants, the undergarment of the future.”

—Amanda Boxtel of the Bridging Bionics Foundation, who advocates for customized bionic exoskeleton suits, having been paralyzed over two decades ago