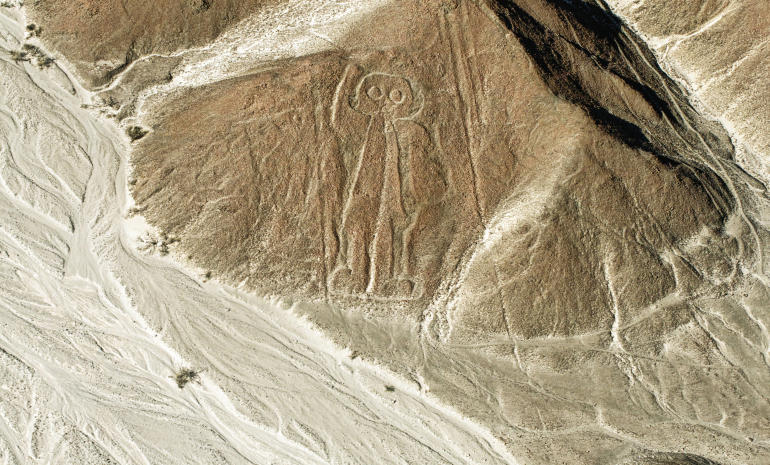 This famous Nasca Line, believed to be an owl, stands about 100 feet tall. This week, National Geographic announced the discovery of more than 50 new lines — older, fainter and located with the help of citizen scientists. Photo by Aleksandr P. Thibaudeau (CC BY-NC-ND).

When it comes to archaeological features, the Nasca Lines are celebrities. A giant monkey with a curled tail, an owl waving hello, a wavy geometric spider — these geoglyphs, carved into the soil of the high desert, were made between 200 to 700 AD and are still visible from overhead. First studied in the 1920s, they’ve been the subject of fascination ever since.

This week, National Geographic reports in an exclusive that some 50 new lines have been discovered in the Nasca-Palpa region. These geoglyphs were spotted in part thanks to the 70,000 people who helped search satellite images through the citizen science platform GlobalXplorer.

Archaeologist Sarah Parcak created GlobalXplorer with the 2016 TED Prize, to help speed up the process of archaeological discovery. A “space archaeologist,” Parcak takes images of the earth’s surface captured by satellites, and processes them in order to make ancient features pop out. Her idea was to harness the power of the crowd and have them help with the time-consuming work of reading these images. With partners DigitalGlobe, National Geographic and the Sustainable Preservation Initiative, she launched GlobalXplorer and its first digital expedition: to scour the highlands and lowlands of Peru for signs of ancient sites and potential looting.

Together, the crowd searched more than 14 million images, or tiles, in Expedition Peru from February to April 2017. They covered an area of more than 150,000 square kilometers, stretching from Peru’s Pacific Coast to its Sacred Valley. The data collected was shared with Peru’s Ministry of Culture and with trusted archaeologists working in the region, to begin the process of exploring areas of interest on the ground, a process called “ground-truthing.”

In December 2017, archaeologist Luis Jaime Castillo of Pontificia Universidad Católica del Perú led a team to the Palpa-Nasca Valley to survey 27 sites noted by the crowd. Most of these sites were flagged because they displayed signs of looting. Castillo’s team found that most of this damage appeared to be old — from illegal gold mines that are no longer active. But when the team used low-flying drones to map the flagged sites, they found something else, something unexpected: dozens of geoglyphs unknown to archaeologists, like the one below. 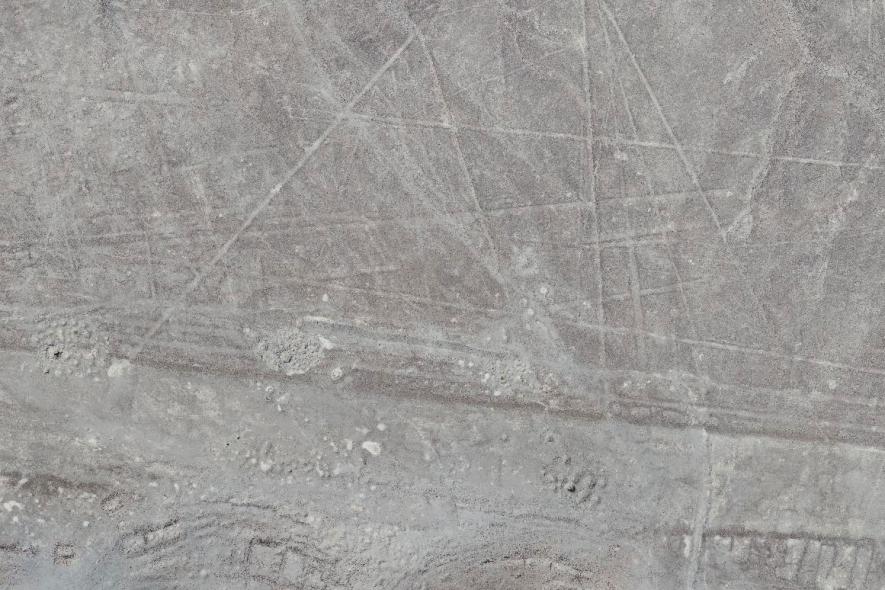 A newly discovered geoglyph, as captured by a drone. Its abstract edges are so faint that it escaped detection by archaeologists until the drone camera, following up on clues from citizen scientists, imaged it from above. Photo courtesy of Luis Jaime Castillo, Palpa-Nasca Project

While the more famous Nasca Lines are deep depressions, created by building stone walls and then scraping away the earth in between them, many of these new lines are fainter — thinner than their more famous peers, and more worn down over time. These lines were also tucked into hillsides, rather than created on flat ground. Archaeologists suspect, that while some of these lines might have made by the Nasca people, many may predate them. They suspect that these lines were made by the Paracas and Topará cultures, as early as 500 BC. Interesting to note: in addition to geographic forms, many of these new lines also depict human forms. “Most of these figures are warriors,” Castillo told National Geographic.

Johny Isla, an archaeologist with the Peruvian Ministry of Culture who was part of the team, says that this is significant. “This is a tradition of over a thousand years that precedes the famous geoglyphs of the Nasca culture,” he said. “[It] opens the door to new hypotheses about the function and meaning.”

This, to Parcak, is the larger message. GlobalXplorer just released the results of its Peru expedition on Medium. Together, the crowd identified 19,084 features of archaeological interest, that could represent a wide array of cultures — from the Norte Chico, c. 3200 BCE, to the Inca, c. 1572 CE. GlobalXplorer’s team looked at all of these, and found that the crowd was accurate in its identification 85 percent of the time — pretty impressive. Of the sites, 342 of them were classified as high interest. They are being explored now. All thanks to the work of the site’s dedicated armchair archaeologists.