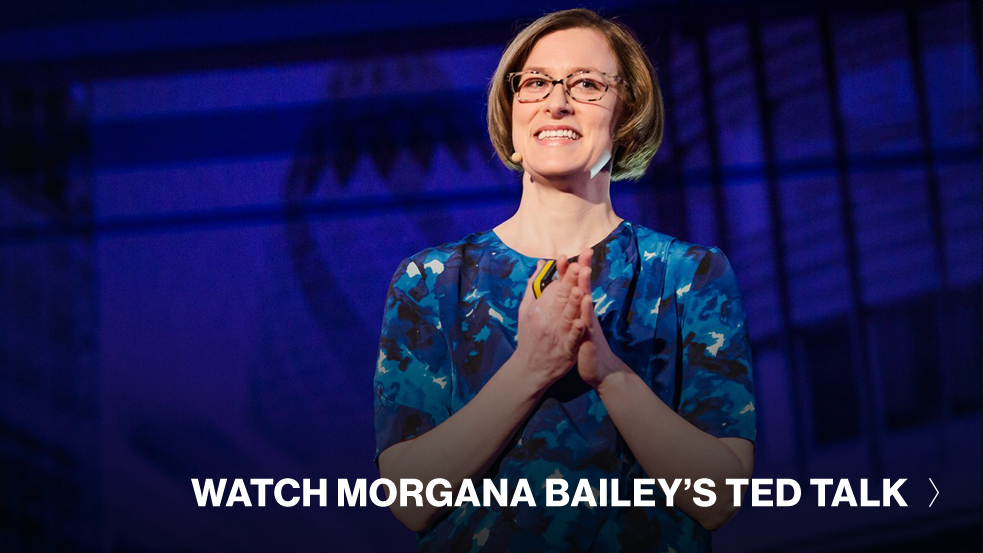 For Morgana Bailey, it was nerve-wracking enough to step on the TED stage and reveal that she is a lesbian — a fact she’d kept hidden for 16 years. But walking into a viewing party to watch the talk with her co-workers? That brought a whole new level of anxiety.

“I live in a very conservative community,” explains Bailey, who directs State Street’s Global Human Resources data management team and works out of the financial services company’s office in Kansas City, Missouri. “I just wasn’t sure how some people would react.”

When Bailey spoke at TED@StateStreet — a TED Institute event held in November, 2014 — the company brought together employees from across its offices in 29 countries to give and listen to 15 talks. But the event was held in London, and Bailey was the lone representative from Kansas City. While she’s often on conference calls with people who were in the live audience, virtually no one she works with face-to-face saw her give the talk.

So when the talk was published as a TED Talk of the Day on Friday, January 23rd, and she was asked if she’d host a viewing party at her office the following Monday, she felt nervous. “I knew the London audience was going to be accepting,” she says. “But on the level of family, friends and co-workers, there’s a bit more investment. Are they going to be okay with this? Will they treat me differently?” 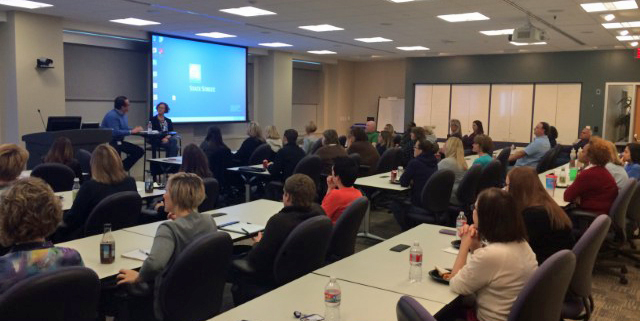 For the viewing party, about 40 people packed into a training room in State Street’s Kansas City office. Bailey estimates that half of them knew what her talk was about — they had seen the video online, or had heard about it — while the other half had no idea.

As it turns out, she needn’t have worried. “People in my office have all been supportive,” she says. “I’ve gotten so many emails that say, ‘You’re a wonderful person,’ or ‘We accept you no matter what.’ I just got one a few minutes ago from someone telling me that they now have more ways to talk about why gay people should have equal rights.’” It’s moments like this that make Bailey glad she went through with the party.

Back in London, an audience member gave Bailey a piece of advice that she found beautiful: “He said, ‘Don’t feel like you have to become an activist. Just live your life.’”

Bailey found the sentiment reassuring at the time, but upon reflection, she realized that being an activist is exactly what she wants to do. It’s prompted her to follow a new direction. “I could just step back. I could fall back into the shadows,” she says. “But this is the most remarkable opportunity. How could I not move forward?” Two steps she’s taken so far: she has become part of State Street’s PRIDE steering committee and is starting a PRIDE chapter in Kansas City.

Nonetheless, she’s also enjoying the afterglow of having come out with her story. “I’ve often felt so stupid for hiding this for so many years. Not just hiding it — I actually haven’t lived the life that I should have been living because I’ve been pretending that I’m something I’m not,” she says. “When I landed back in Kansas, I felt lighter — physically. Something has changed in my body. I’m so much more comfortable now. I’ve still got fears and anxiety about where this is all going, but it’s just such a relief. Such a relief.”