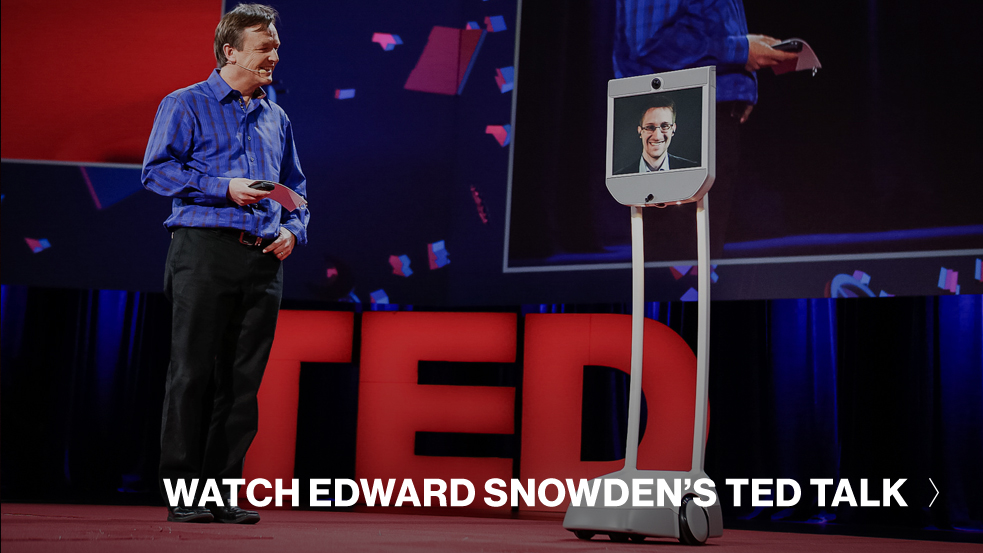 NSA phone data collection ruled illegal. Yesterday, a federal appeals court ruled that the NSA’s bulk collection of Americans’ phone records — one of the surveillance measures revealed by Edward Snowden — is, in fact, illegal. Today, Snowden commented. “This is significant,” he told Forbes. “The importance of it in the U.S. legal community — the policy community — can’t be overstated … This decision will not only affect the phone metadata program It will affect every other mass surveillance program in the US going forward.” (Watch Edward’s TED Talk, “Here’s how we take back the internet.”)

The Middle East, through diverse eyes. When the Arab Spring erupted, photographers rushed to capture the unfolding revolution. But TED Fellow Laura Boushnak noticed that a large number of them were white males. To get a more diverse perspective, she co-founded Rawiya, an all-female collective of Middle Eastern photographers. With members from Iraq, Lebanon and Kuwait, they cover a wide range of stories. “Our work concentrates on in-depth projects that explore social and political issues,” Boushnak tells Vice. For example: female race car drivers in Palestine and drag queens in Jerusalem. (Watch Laura’s talk, “For these women, reading is a daring act.”)

Slow TV comes to the BBC. The BBC has taken note of Thomas Hellum’s wildly successful — and incredibly slow — television programming in Norway. They are televising a two-hour trip down a canal, to be followed by an hour of birds singing. Carl Honoré, author of In Praise of Slow, notes in The Guardian that the BBC is bravely rejecting the notion that viewers only want fast-paced content. “Television is so timorous and terrified of losing viewers that it serves up stuff faster and faster,” he writes. “It becomes a self-fulfilling prophecy.” Binge watch, anyone? (Watch Thomas’ talk, “The world’s most boring television.” And Carl’s, “In praise of slowness.”

Art over Boston. This month, Janet Echelman’s massive green, orange and magenta sculpture was hung over the Rose Fitzgerald Kennedy Greenway in Boston. Assembled with the help of six cranes and about 50 workers, the piece references the landscape’s past and present. “The sculpture’s three voids are meant to evoke three hills that once dominated Boston’s landscape but were razed to create landfill,” Echelman tells The Boston Globe. (Watch Janet’s TED Talk, “Taking imagination seriously.”) 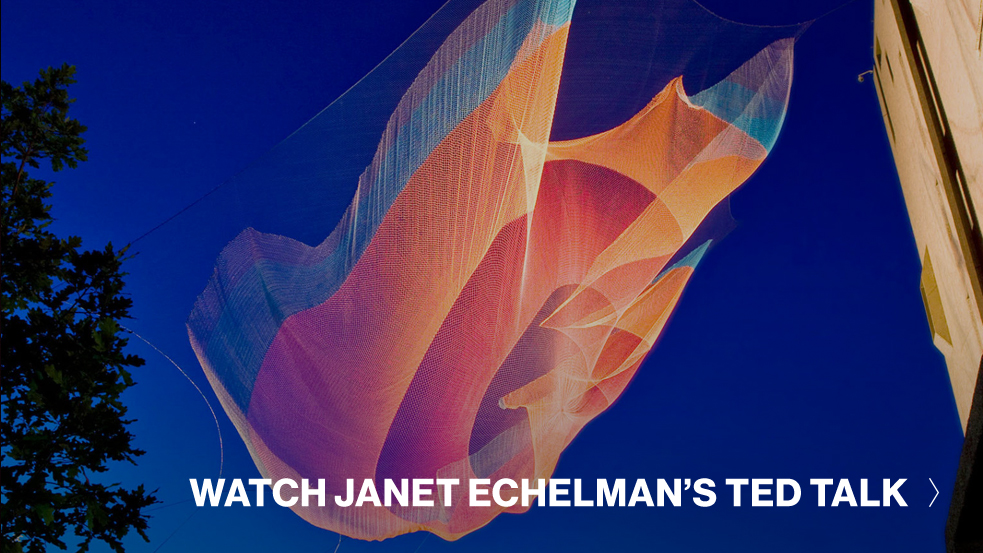 Fighting Islamophobia, one subway ride at a time. TED Fellow Negin Farsad is collaborating with other Muslim-American comedians to respond to anti-Muslim subway ads in New York City. According to The Daily Beast, their new campaign features 144 posters in subway stations, each one comically drawing attention to stereotypes. “Beware, the Muslims are coming!” these posters read. “And they shall strike with hugs so fierce, you’ll end up calling your grandmother and telling her you love her.” (Read about this TED Fellow’s work.)

Open access to historical treasures. William Noel and his team at the University of Pennsylvania are creating an open data source for the humanities called Openn. It will feature digitized copies of some of history’s rarest manuscripts, including a book of Ciphers from the 15th century that was made for Pope Calixtus III and the notes of John Mauchly, a physicist who helped build the first large-scale, general-purpose electronic computer. History buffs, rejoice! (Watch William’s TED Talk, “Revealing the lost codex of Archimedes.”)