Opening: We begin the day by sharing a powerful moment with Dr. Robert Joseph, a Hereditary Chief of the Gwawaenuk First Nation, and Kristen Rivers of the Squamish Nation, who welcome us to Vancouver with a simple message: Let us be one with each other.

The talks, in brief:

Ashwin Naidu, conservationist and founder of the Fishing Cat Conservancy

In a spoken-word piece, writer Marc Bamuthi Joseph investigates the pride and terror of seeing his son enter adulthood. He speaks at Fellows Session 1 at TED2019: Bigger Than Us, April 15, 2019, Vancouver, BC, Canada. (Photo: Ryan Lash / TED)

We take an interstitial break to watch a trailer from the new film from Blitz the Ambassador, a TED Senior Fellow: The Burial of Kojo. The visually astonishing film was just released on Netflix after being acquired by Ava DuVernay’s company, Array Releasing. Preview it above. 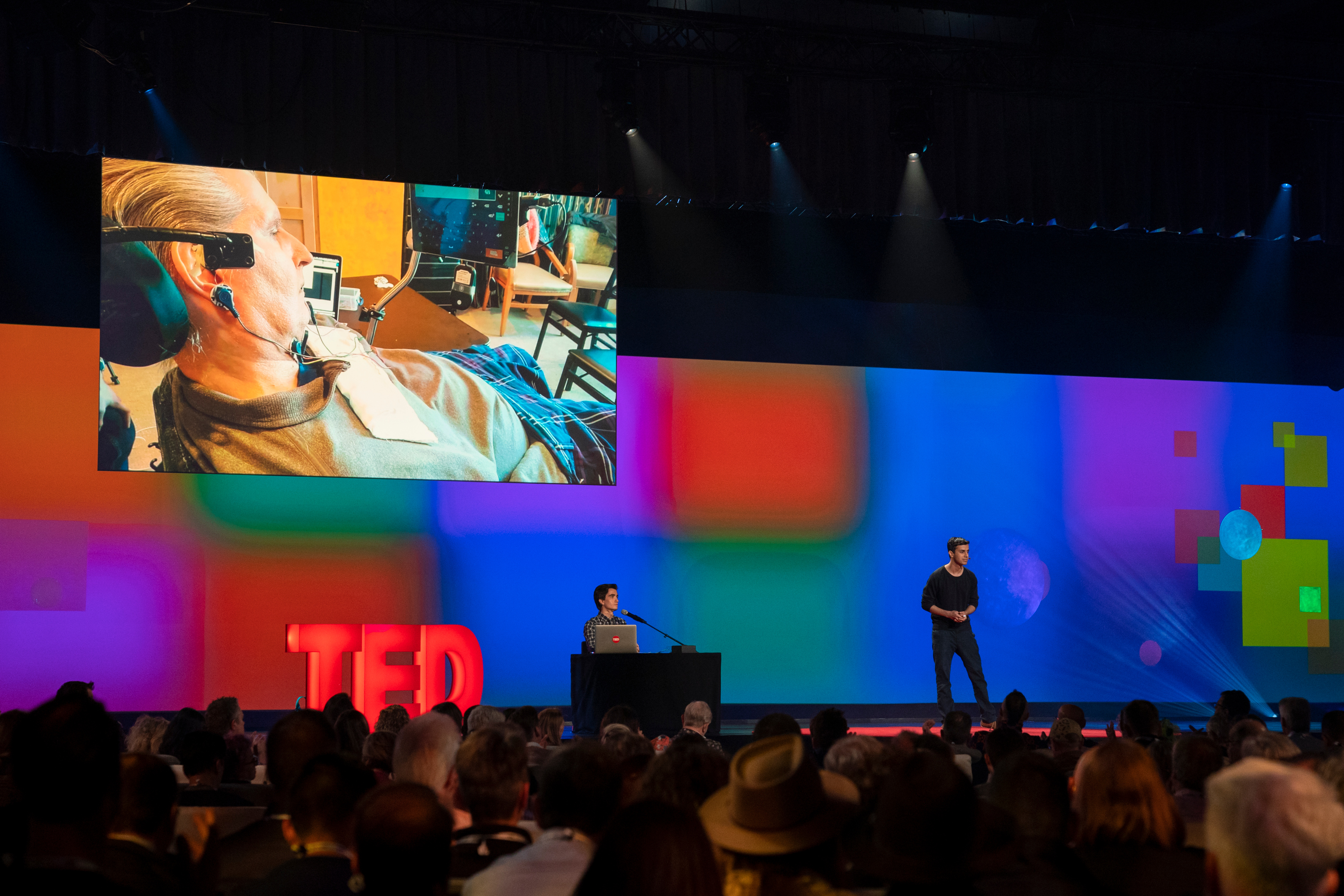 Technologist Arnav Kapur is working on a device that picks up neural signals and converts them to speech — a breakthrough tech that could give a voice back to some people who have lost their ability to speak. He speaks at Fellows Session 1 at TED2019: Bigger Than Us, April 15, 2019, Vancouver, BC, Canada. (Photo: Ryan Lash / TED)

Arnav Kapur, technologist and inventor of the AI device AlterEgo

Laurel Braitman, writer-in-residence at the Stanford University School of Medicine