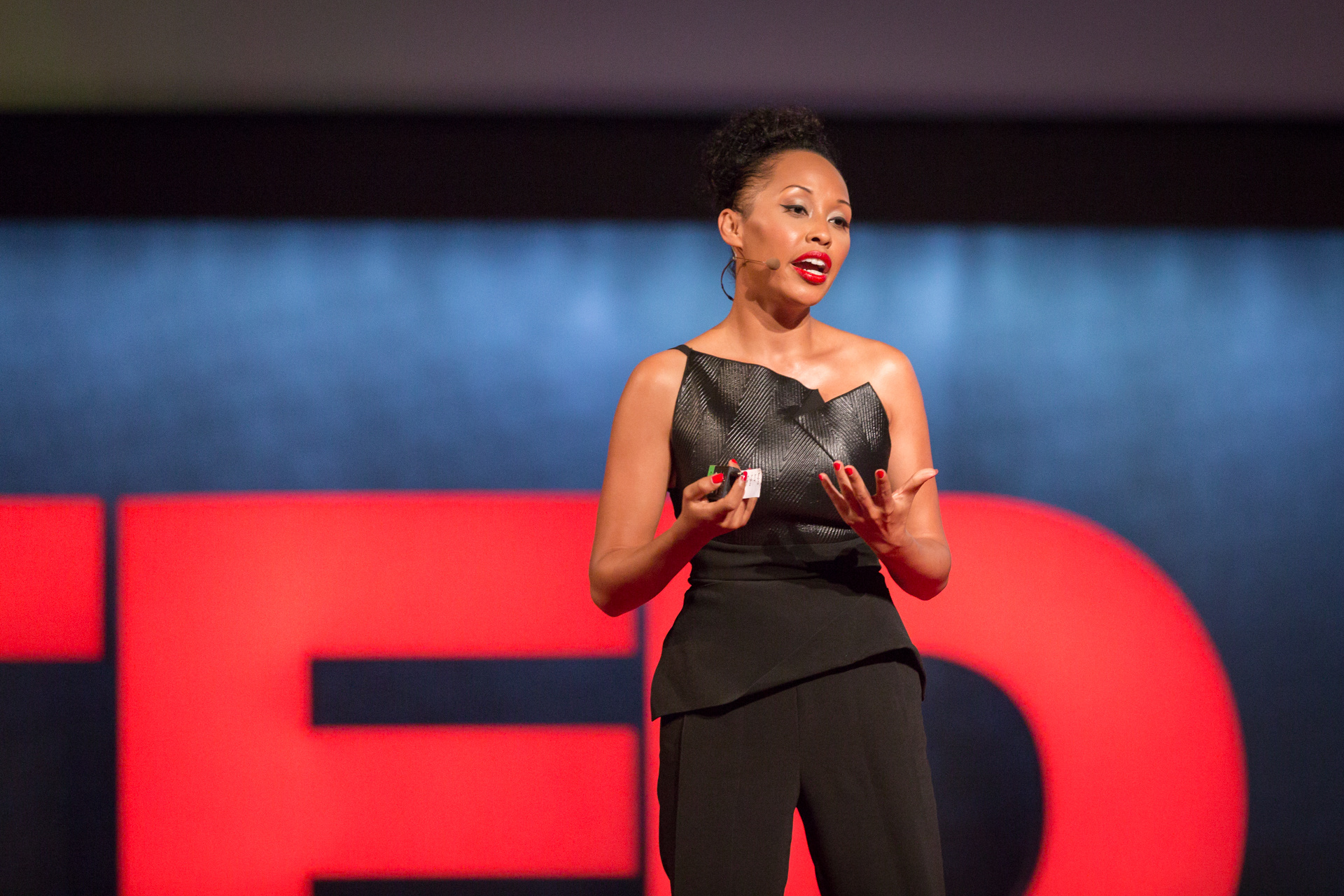 Kimberley Motley is an impossible woman: The former Mrs. Wisconsin, whose father is African-American and mother is a North Korean refugee, is the first foreigner to litigate in the courts of Afghanistan. Today she closes the penultimate session at TEDGlobal 2014 to send a message to the world: Our laws can protect us, as long as we know how to use them.

She starts with the story of Naghma Mohammad, who was promised to a neighbor’s 21-year-old son in return for a $2,500 debt her father owed the neighbor. Mohammad was six years old. The agreement was made at a jirga, an informal mediation in which elders and religious leaders make decisions by consensus. “We may look at this story as another crushing blow to women’s rights,” says Motley. “Or you can look at Afghanistan and see it as a failed state.” But there was no way that what happened to Mohammad was legal – so what Motley saw when she decided to accept her case was very simple: This jirga had broken Afghan law. And that could be fought.

In her work as a litigator in Afghanistan, Motley has come to see three major obstacles for people living in corrupt systems: People aren’t aware of their legal rights; laws are often superseded or ignored by tribal customs; and even with good laws in place, there aren’t lawyers willing to fight for them. That’s why, says Motley, “I work the system from the inside out. I use the laws the way they’re intended to be used.”

Take journalist Matthew Rosenberg, who was expelled from Afghanistan and barred from re-entry after he wrote an article for The New York Times this year about the election impasse. Says Motley firmly, “Freedom of press does exist in Afghanistan, and there are consequences if that is not followed.” Motley was able to show that Rosenberg’s ban was illegal, and the order was reversed.

Or Sahar Gul, who was sold by her brother at the age of twelve to a family that forced her into prostitution and brutally tortured her. When Motley eventually spoke with Gul, she found: “Sahar didn’t know what her rights were, but she did know she had a certain level of protection by her government, and it had failed her.” So they went to the Supreme Court. Gul sued for civil damages, the first time the law had ever been used. Gul won her case, and the in-laws were jailed for their crime. Though her in-laws were later released early to much controversy, it was, says Motley, “the first time a victim of domestic violence in Afghanistan was being represented by a lawyer.”

And Naghma Mohammad? Motley fought her case – by holding a second jirga. She gathered the religious leaders together in a jirga of appeals and got them all to agree to have her preside, and to put the law at the center. The two families agreed that what they had done was illegal. The debt was paid to Mohammad’s neighbor, and her engagement was terminated. What Mohammad and others’ cases show is, as Motley says: “The laws are ours. No matter your ethnicity, gender or race, they belong to us.”