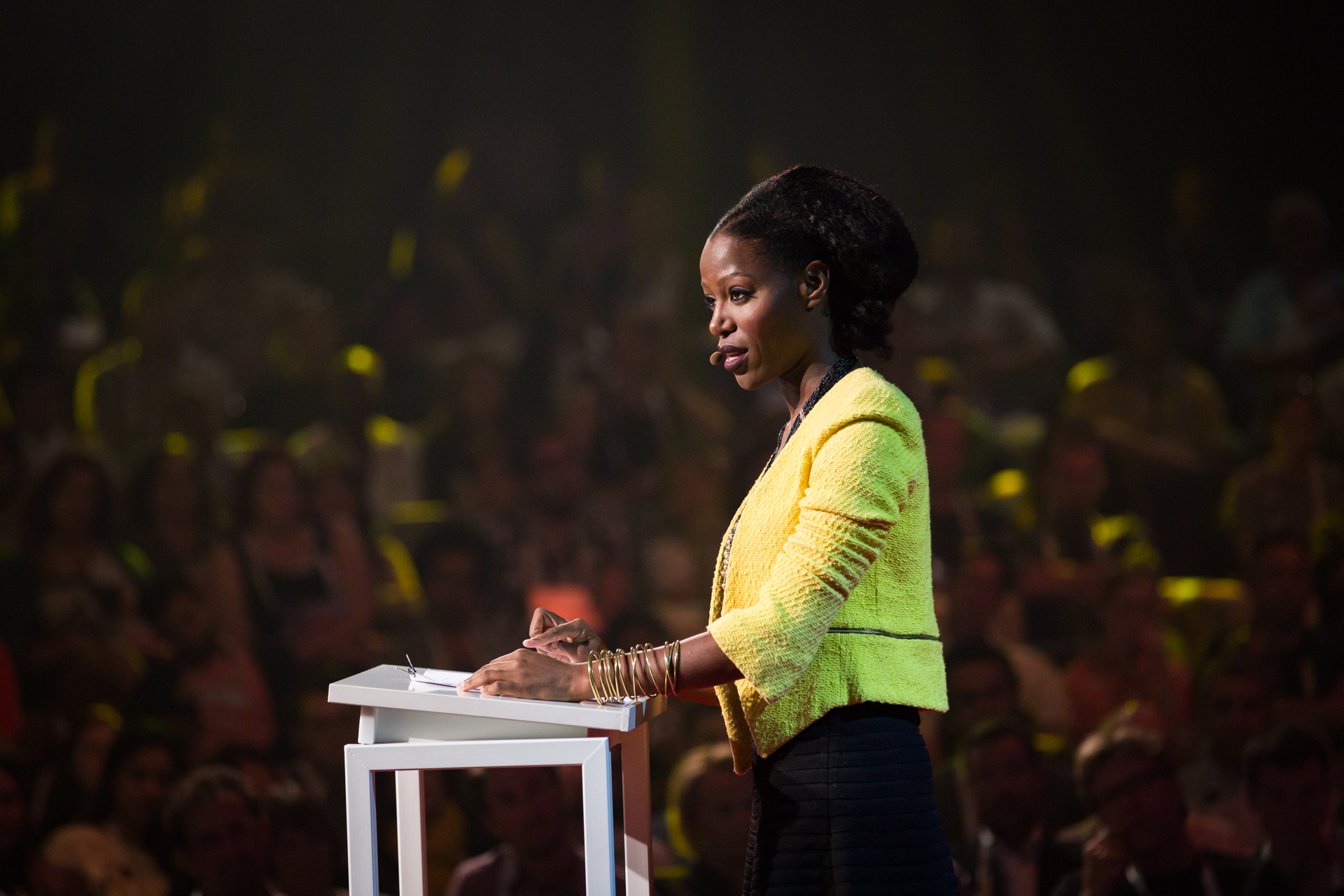 “How can I come from a nation? How can a human being come from a concept?” With these questions the majestic Taiye Selasi, author of Ghana Must Go, closes talks for Day 1 of TEDGlobal 2014.

Having just come back from a tour, Selasi is irked and perplexed by the consistently inconsistent way she was introduced at each event: by a biography of geography. And one can understand her frustration: Selasi was born in the UK and grew up in the US, with an English-born mother raised in Nigeria and an Australian-born father raised in Ghana who has been living in Saudi Arabia for the past thirty years. So now that we have this information, do we understand Selasi any better?

We speak of countries as if they are “internal, singular, naturally occurring things.” Yet as years of confusing introductions has shown Selasi, countries can appear and disappear, can “be born, die, expand and contract” with a stroke of history. And so she has come to see that they also cannot be our main markers of identity. Selasi has realized: “History is real, and cultures are real, but countries are invented.”

To answer this question, three ideas are helpful: rituals, relationships and restrictions. Ask yourself: “In what city or cities in the world do shopkeepers know your face?” “Who are the people who shape your weekly emotional experience?” And the least sexy of the three: “Where are you allowed to live? Are you restricted by racism, civil war or dysfunctional governments from feeling fully at home?”

To be fair: Asking where someone is from can be shorthand for all these questions. But, says Selasi, “The difference between ‘Where are you from?’ and ‘Where are you a local?’ isn’t the specificity of the answer but the intention of the question.” After all, “Where are you from?” is just as often code for “Why are you here?” Naming someone’s country can become a proxy for giving or taking away power. Thus as Selasi says, “As a unit of measurement for human experience, a country doesn’t quite work.”

Next time she’s introduced, hopes Selasi, she’s described as a human being, not a citizen of the world but of worlds. Because, she says, “You can take away my passport, but you can’t take away my experience.”