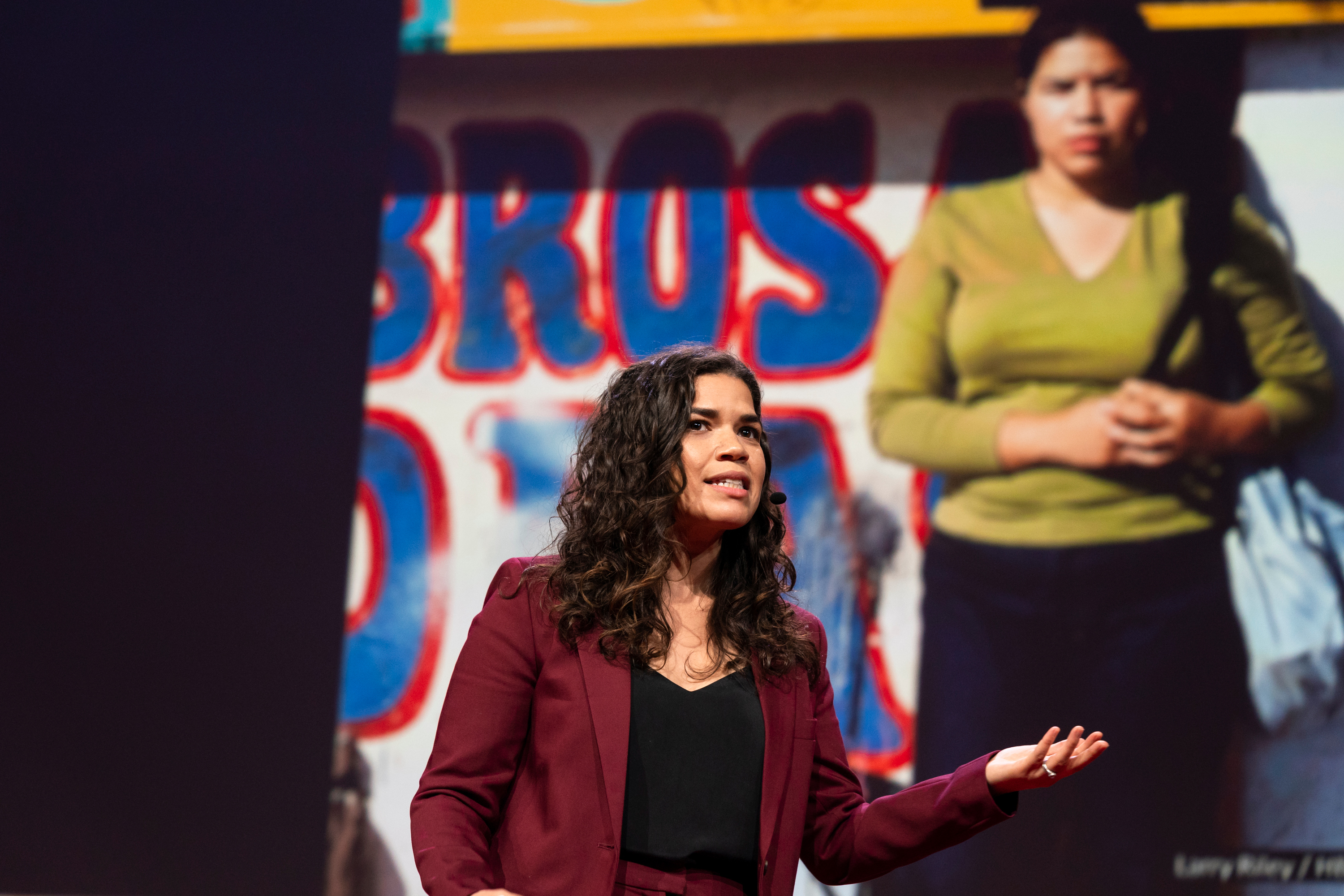 In her breakout role in Real Women Have Curves, actor America Ferrera played an iconic character who resonated with her true self. Why aren’t there more roles like that? She speaks at TED2019: Bigger Than Us, on April 19, 2019, Vancouver, BC, Canada. Photo: Bret Hartman / TED

“My identity is not an obstacle — it’s my superpower,” says America Ferrera onstage at TED2019.

As an Emmy-award winning actor, director and producer, Ferrera crafts characters and stories that are multi-dimensional and deeply human. It hasn’t been easy — Hollywood wasn’t eager to cast her in full, genuine roles, instead giving her flimsy cliches to play. But we all lose out when our media doesn’t reflect the world, Ferrera says, and it’s the duty of directors, producers and actors to take representation seriously in their casting decisions.

Over and over through her career, America Ferrera heard she was either too Latina or not Latina enough for roles. But what does that even mean? She is Latina — so how could she be the wrong kind? She soon realized that directors and producers weren’t interested in the fullness of her talent but, rather, in filling stereotypes. She pushed back against roles like “Gangbanger’s Girlfriend” and “Pregnant Chola #2” and tried to land roles that were complex and challenging. But for the most part, they just didn’t exist. Directors claimed diversity was a financial risk, that there wasn’t an audience for her voice, or that she was just too brown for their films.

Ferrera tried to become what the industry wanted — straightening her hair, slathering on sunscreen — until she realized that she wanted to exist in her work as her own true self, not the industry’s version of her. Finally, in her breakthrough hits Real Women Have Curves and Ugly Betty, Ferrera brought her authentic self to her work, leading to critical, cultural and financial success. Ugly Betty premiered to 16 million viewers in the US and was nominated for 11 Emmys in its first season. Shows like Ugly Betty gave people around the world their first chance to see themselves on screen — for example, Pakistani activist Malala Yousafzai named Ugly Betty as one of her inspirations for becoming a journalist.

“I wanted to play people who existed in the center of their own lives, not cardboard cutouts that stood in the background of someone else’s,” she says, “Who we see thriving in the world teaches us how to see ourselves, how to think about our own value, how to dream about our futures.”

Across the world, people resonated with the characters and narrative of Ferrera’s work. “In spite of what I’d been told my whole life,” she says, “I saw firsthand that my ‘unrealistic expectations’ to see myself authentically represented in the culture were other people’s expectations too.”

But not much changed. Even though the audience was hungry for more, there wasn’t a slew of new films and shows highlighting diverse narratives. Privately, directors and producers would praise inclusion efforts … but that support didn’t extend to their own projects. The entertainment industry as a whole didn’t seem much different — and to this day, Ferrera is the only Latina to ever win an Emmy in a lead category.

That has to change — and it’s beginning to. There is a rising momentum of inclusive representation in mainstream media and it is vital we keep it going. Presence creates possibility, Ferrera says, and its impact is reverberating and profound. Directors and other authorities in media need to take representative casting out of theoreticals and put it into action.

“Change will come when each of us has the courage to question our own fundamental values and beliefs,” Ferrera says, “and see to it that our actions lead to our best intentions.”

Ultimately, if we commit to crafting stories that truly reflect the world we live in, we can create media that honors all of our voices. 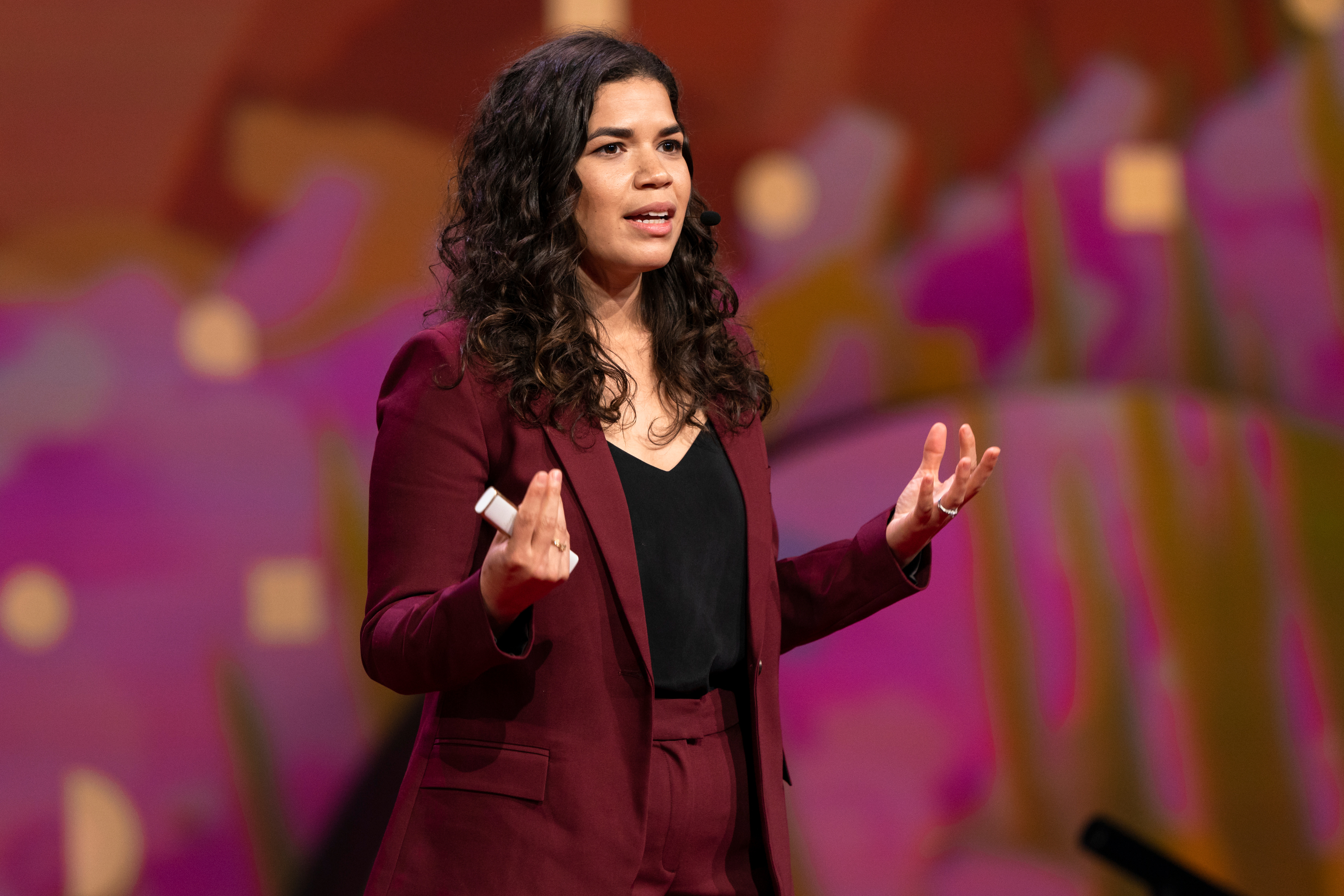 Directors and other authorities in media need to take representative casting out of theoreticals and put it into action, says America Ferrera at TED2019: Bigger Than Us, on April 19, 2019, Vancouver, BC, Canada. Photo: Ryan Lash / TED