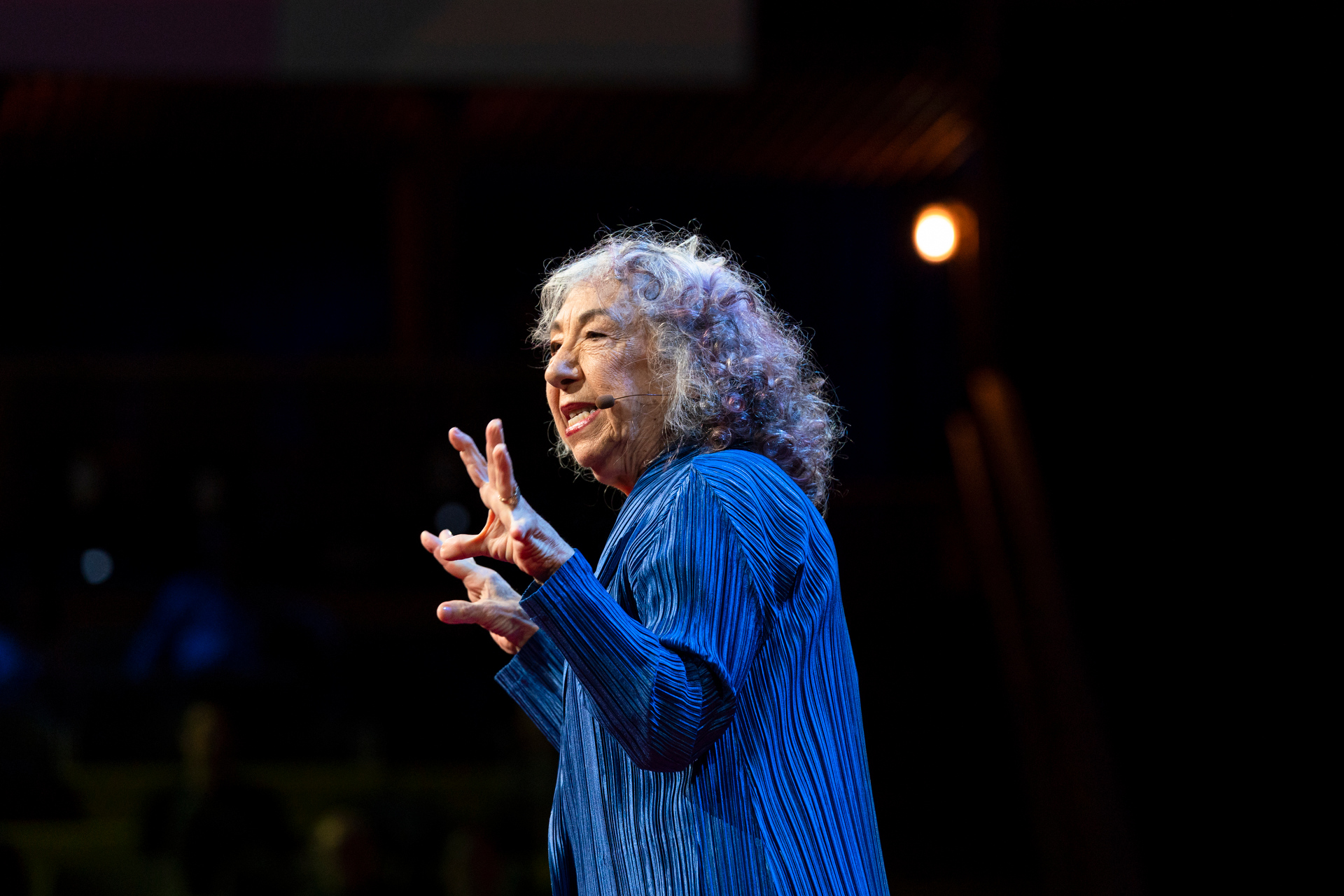 “You have to understand that we don’t live in Newton’s clockwork universe anymore. We live in a banana peel universe, and we won’t ever be able to know everything or control everything or predict everything.” Emily Levine speaks at TED2018. Photo: Jason Redmond / TED

“That’s what’s so extraordinary about life: It’s a cycle of generation, degeneration, regeneration.”

The humorist Emily Levine has died, after an extraordinary life spent questioning the very nature of reality. A philosopher-comic, she tore apart classics and physics and pop culture, and then, in trickster fashion, stuck them together in ways that created not just a shock of recognition but (as she explained herself back in 2002) a shock of re-cognition, of thinking in a new way. Her goal was to short-circuit your mind, to shake you out of your silly old and/or thinking with a little bit of and/and. Not for nothing did she call herself “the Evel Knievel of mental leaps.”

She worked as a TV writer and producer, a filmmaker and as a connector, a locus for like-minded kooks. She was a force, a word that we hope will make sense on many levels.

Most recently, she turned her attention to the process of dying itself, as she faced down a diagnosis of stage IV lung cancer. As always, it sent her searching through the widest possible array of sources. She read quantum physics (” — well, I read an email from someone who’d read it, but — “), she re-visited Hannah Arendt and an old joke, and tossed everything into the blender of her sharp wit. And it all began to make sense, life, living, dying, death. In her own words: “’I’ am just a collection of particles that is arranged into this pattern, then will decompose and be available, all of its constituent parts, to nature, to reorganize into another pattern. To me, that is so exciting, and it makes me even more grateful to be part of that process.”