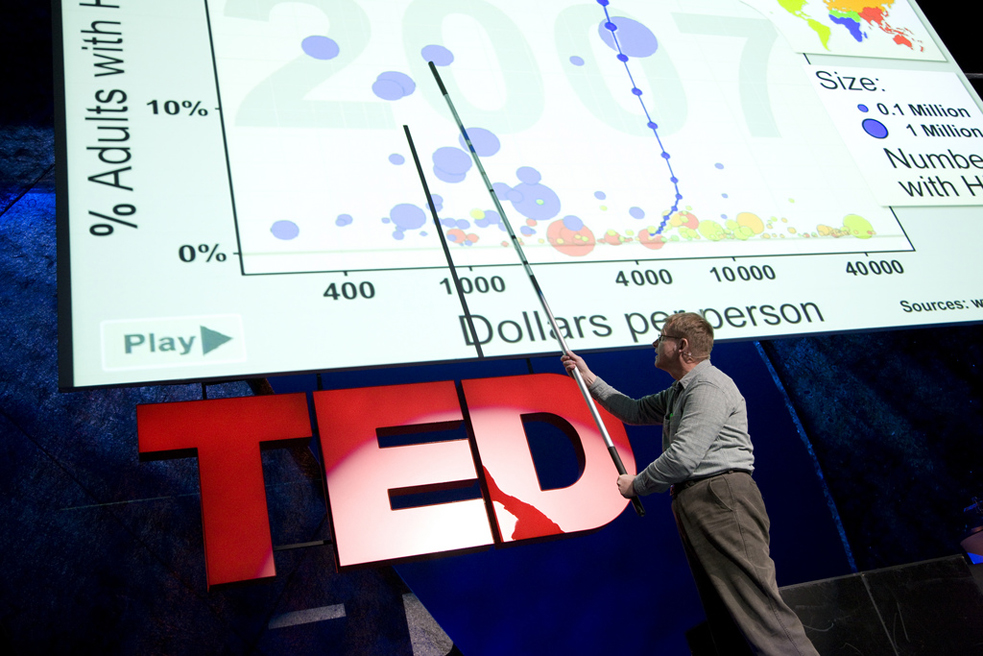 Bounding up on stage with the energy of 1,000 suns and his special extra-long pointer, Swedish professor Hans Rosling became a data rock star, dedicated to giving his audience a truer picture of the world. Photo: Asa Mathat

Is the world getting worse every day in every way, as some news media would have you believe? No. In fact, the most reliable data shows that in meaningful ways — such as child mortality rate, literacy rate, human lifespan — the world is actually, slowly and measurably, getting better.

Hans Rosling dedicated the latter part of his distinguished career to making sure the world knew that. And in his 10 TED Talks — the most TED Talks by a single person ever posted — he hammered the point home again and again. As he told us once: “You see, it is very easy to be an evidence-based professor lecturing about global theory, because many people get stuck in wrong ideas.”

Using custom software (or sometimes, just using a few rocks), he and his team ingested data from sources like the World Bank (fun story: their data was once locked away until Hans’ efforts helped open it to the world) and turned it into bright, compelling movable graphs that showed the complex story of global progress over time, while tweaking everyone’s expectations and challenging us to think and to learn.

We’re devastated to announce that Hans passed away this morning, surrounded by family. As his children announced on their shared website, Gapminder: “Across the world, millions of people use our tools and share our vision of a fact-based worldview that everyone can understand. We know that many will be saddened by this message. Hans is no longer alive, but he will always be with us and his dream of a fact-based worldview, we will never let die!”