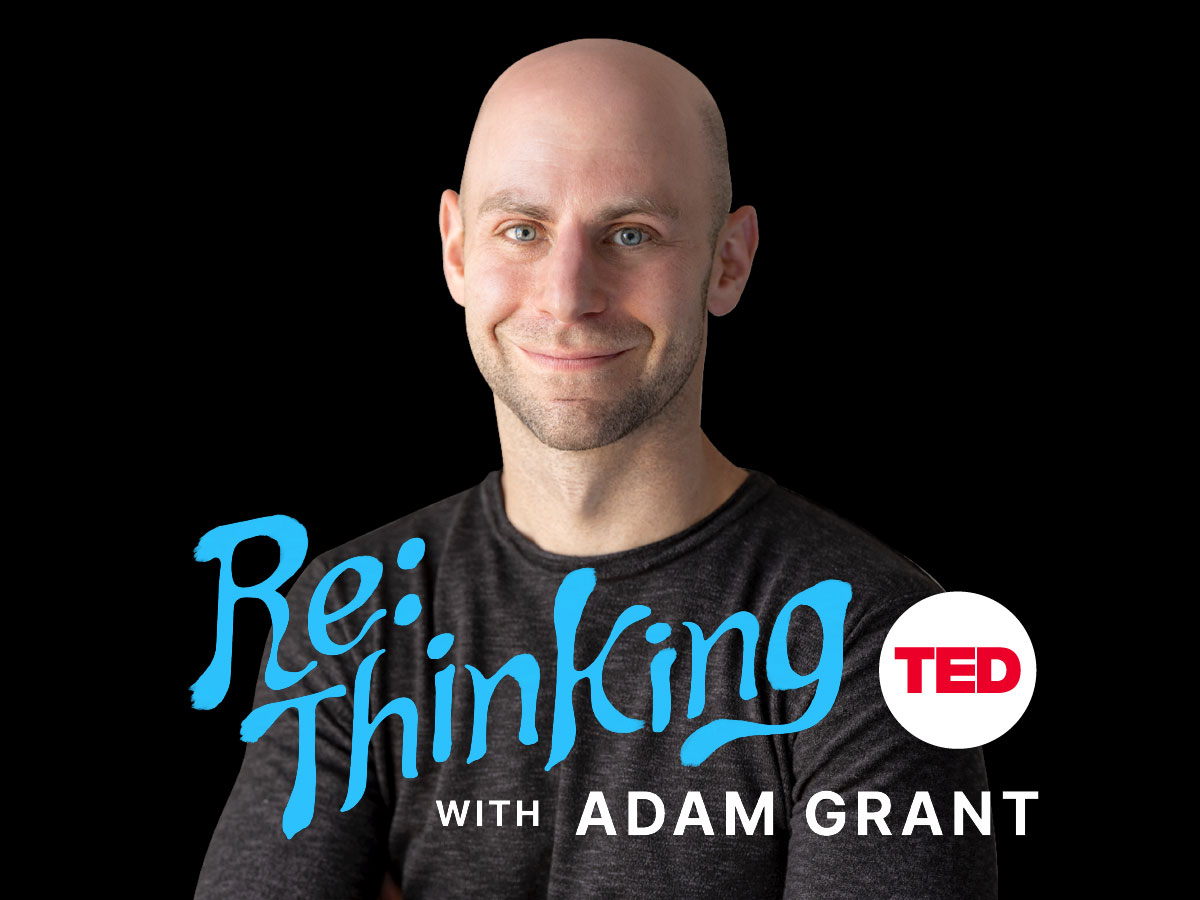 In response to the overwhelming popularity of Adam Grant’s interviews on the WorkLife podcast, TED Audio Collective has launched a new podcast, ReThinking with Adam Grant, to explore the science of what makes us tick. TED speaker and organizational psychologist Adam Grant will interview today’s most fascinating creators, achievers and leaders to figure out how they think and what they want us to rethink.

“My favorite part of being a psychologist is discovering something new about how we think — especially when I find out that something I thought I knew wasn’t true,” said host Adam Grant. “Having a weekly show is the perfect excuse to have more surprising, more eye-opening conversations. I can’t believe I get to talk with the most interesting minds on earth and call it part of my job.”

Adam will bring curiosity and science to conversations and debates with people like entrepreneur and investor Mark Cuban, death-defying rock climber Alex Honnold, novelist Celeste Ng, Oscar winner Reese Witherspoon, Saul Perlmutter, the Nobel Prize-winning physicist who discovered the expansion of the universe, and many more.

“ReThinking feels like such a natural extension of the amazing work Adam’s already doing, and we’re thrilled to be expanding the universe of shows that feature his uniquely curious mind — not to mention the most fascinating thinkers around,” said Michelle Quint, TED’s Director of Audio. “We think it’ll be a real gift to listeners.”

ReThinking with Adam Grant is produced in collaboration with Cosmic Standard. New episodes will be released every Tuesday on Apple Podcasts or wherever you get your podcasts. Subscribers to TED Audio Collective+ on Apple Podcasts will also be able to listen ad-free to ReThinking, as well as getting uninterrupted or early access to select other shows in the collective such as TED Talks Daily, Body Stuff with Dr. Jen Gunter, The TED Interview and How to Be a Better Human.