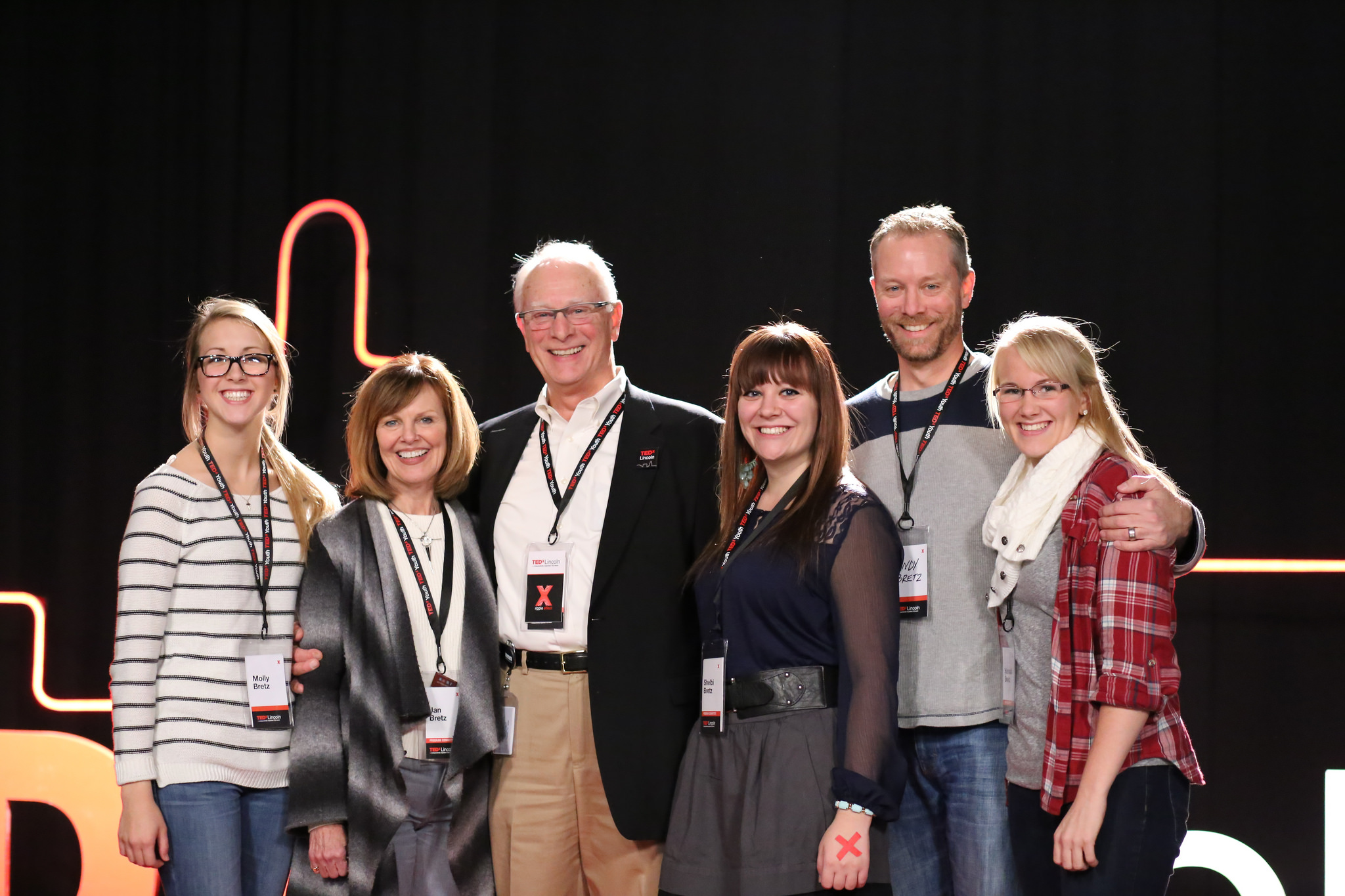 Randy Bretz, 70, didn’t want to golf or fish in his retirement. Instead, he organizes TEDxLincoln in Nebraska. “It’s given me something very meaningful to do in the community,” he said. Photo: Courtesy of TEDxLincoln

As Randy Bretz neared the end of his long career in TV and radio production, he knew the traditional retirement agenda wasn’t for him. “I don’t golf, and I don’t fish,” he said via Skype from his home in Lincoln, Nebraska. While he kept busy with church, volunteer work, doting on his 13 grandkids and watching TED Talks every Saturday morning, it wasn’t until early 2011, when a friend made a comment about bringing TEDx to Lincoln, that Bretz found his calling for this next phase of life: TEDx organizer.

“I submitted an application,” he said. “A week or two later I got the license, and I thought, ‘Oh God, now what do I do?’”

What he did was call upon the extensive network of friends and colleagues he’d amassed during the 36 years he’s lived and worked in Lincoln. “I have a reputation,” he said with a laugh. “Nobody will have coffee with me anymore because they know I’ll ask them to do something for me.”

All those coffee meetings paid off: months later, in November 2011, the first TEDxLincoln event launched with 12 speakers and 100 attendees. One of the talks from that first event, Jay Wilkinson’s guide to creating company culture, has gotten nearly a million views on YouTube. Since then, Bretz has helped build TEDxLincoln into a thriving series of events, including TEDxLincolnWomen and TEDxYouth@Lincoln. Now 70, Bretz is grateful for how TEDx has enriched his life. “It’s given me something positive to do as an old person,” he said, “and it’s given me something very meaningful to do in the community.”

Bretz jokingly wagered that he was the oldest TEDx organizer out there (“I went to a TED meeting about three years ago, and as I recall, there was only one other gray head in the crowd, and he was in his 50s”), but he’s actually part of a growing group of retirees using their time and experience to organize TEDx events.

Doug Coleman, 73, spent his career in the travel industry before retiring, and is now the organizer and “Chief Idea Wrangler” of TEDxJacksonville. And he believes his age is an advantage. “My business experience helps with budgeting and operations,” he said, “and my civic experience helps with team building.”

Becoming an organizer, he says, “has brought me close to so many inspiring people, and I’m helping change my city.” 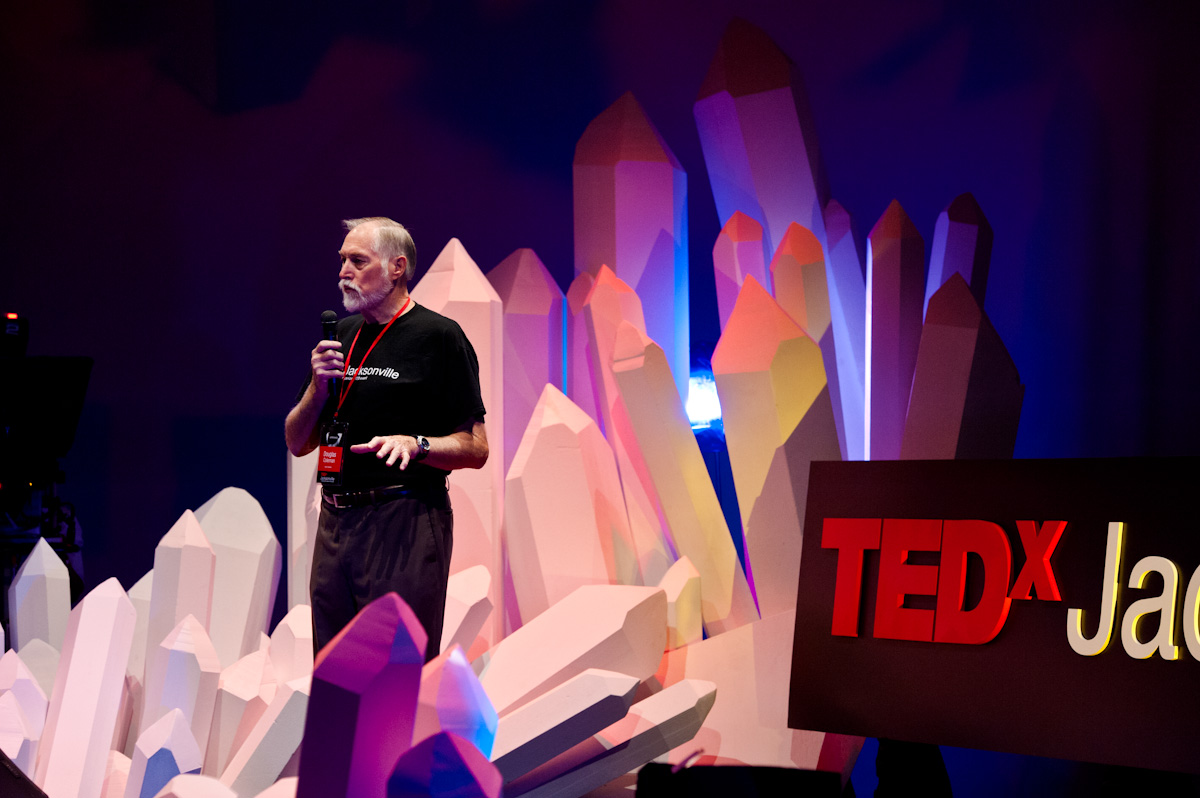 Doug Coleman, 73, calls himself the “Chief Idea Wrangler” of TEDxJacksonville. He addresses the audience in 2014. Photo: Tiffany Manning/TEDxJacksonville

Halfway around the world, another retiree-turned-TEDx-organizer has both Bretz and Coleman beat by nearly a decade. Allan Hayes, 82, a retired math professor from Leicester, England, organized TEDxLeicester, which took place on April 27. “It’s been an enormous event in my life, putting a TEDx on,” Hayes said. “It’s made many things possible, especially in terms of getting to know different people and getting ideas actively discussed and acted upon.”

In the year of planning and organizing leading up to the event, Hayes focused on bringing the people of Leicester — one of the most diverse cities in the UK — together to collaborate on a cohesive vision for the future. “There is a tendency for the city to be divided,” Hayes said. “TED has got something significant to offer — encouraging people to speak up, to express themselves clearly, to bring in people from outside to introduce new ideas. If we can make use of the different religious, social and cultural backgrounds of all the people in Leicester, and all the connections that they have throughout the world … then I think we’ll have something to be proud of.”

Hayes’ vision came to life at Curve, a modern venue in Leicester’s Cultural Quarter. Hayes and his team decided to forgo regular theater seating in favor of round tables with assigned seats for each guest, to create an experience centered around connection. The day kicked off with a talk from urban planner Charles Landry, who encouraged people to think about their city as a living entity. The diverse lineup of speakers that followed included entrepreneurs, CEOs, a lawyer, a museum curator, educators and students — all sharing their ideas on the day’s theme: “Making the Future.”

As powerful as the talks were, Hayes said that some of the most important moments happened offstage, by design. “We had an 80-minute lunchtime for people to talk to one another, and a reception at the end of the event,” he said. “[My goal was] to get people to meet and hear ideas, and then go away, carry on the relationships and develop applications of the ideas.”

While Hayes used TEDx to connect people existing in different worlds within his own city, Lincoln-based Bretz found that getting involved with TEDx expanded his own world in ways he never imagined. “I live in the middle of the country,” he said. “You fold a map in half twice, and there’s Lincoln, Nebraska just about where the two creases meet. I have not traveled much internationally, but being a TEDx curator has given me an international network.”

Bretz now counts TEDx organizers from Lithuania, China and Brazil among his friends and colleagues. “I’m very encouraged by the dedication and work of the 2,000-something TEDx organizers all over the world,” he said. “I look at the world from a different perspective [thanks to these connections].”

When asked if they’d recommend that other retirees get involved with TEDx, all three organizers responded with a resounding “yes.”

“TEDx has altered my life so much,” said Coleman of TEDxJacksonville. “It has recharged my life with purpose and joy.”

For Hayes in Leicester, retirement is perhaps even the ideal time to get involved with TEDx. “Age does have an advantage,” he said. “You can be accepted as having experience and acting with that experience for the common good.” 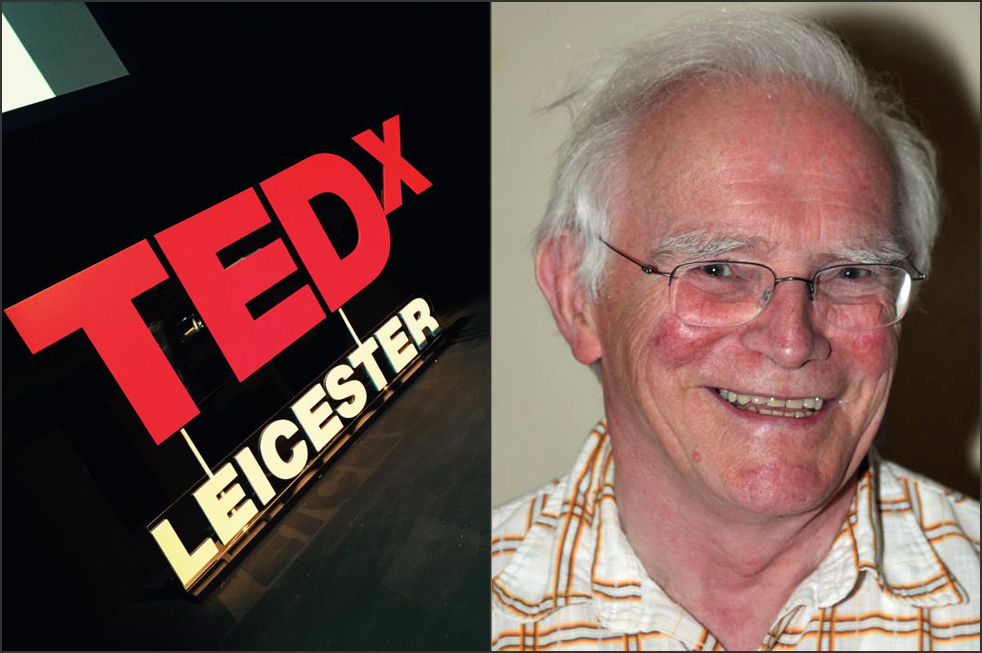