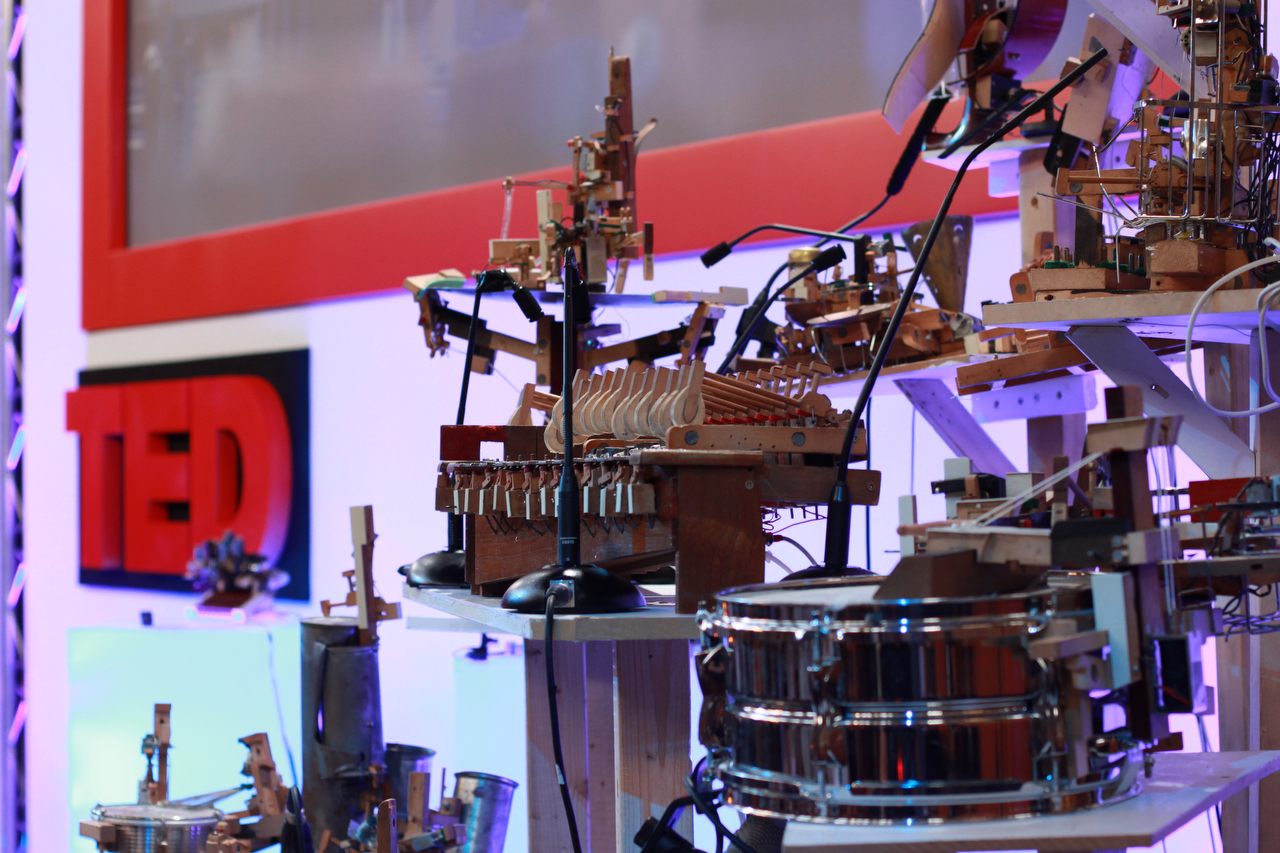 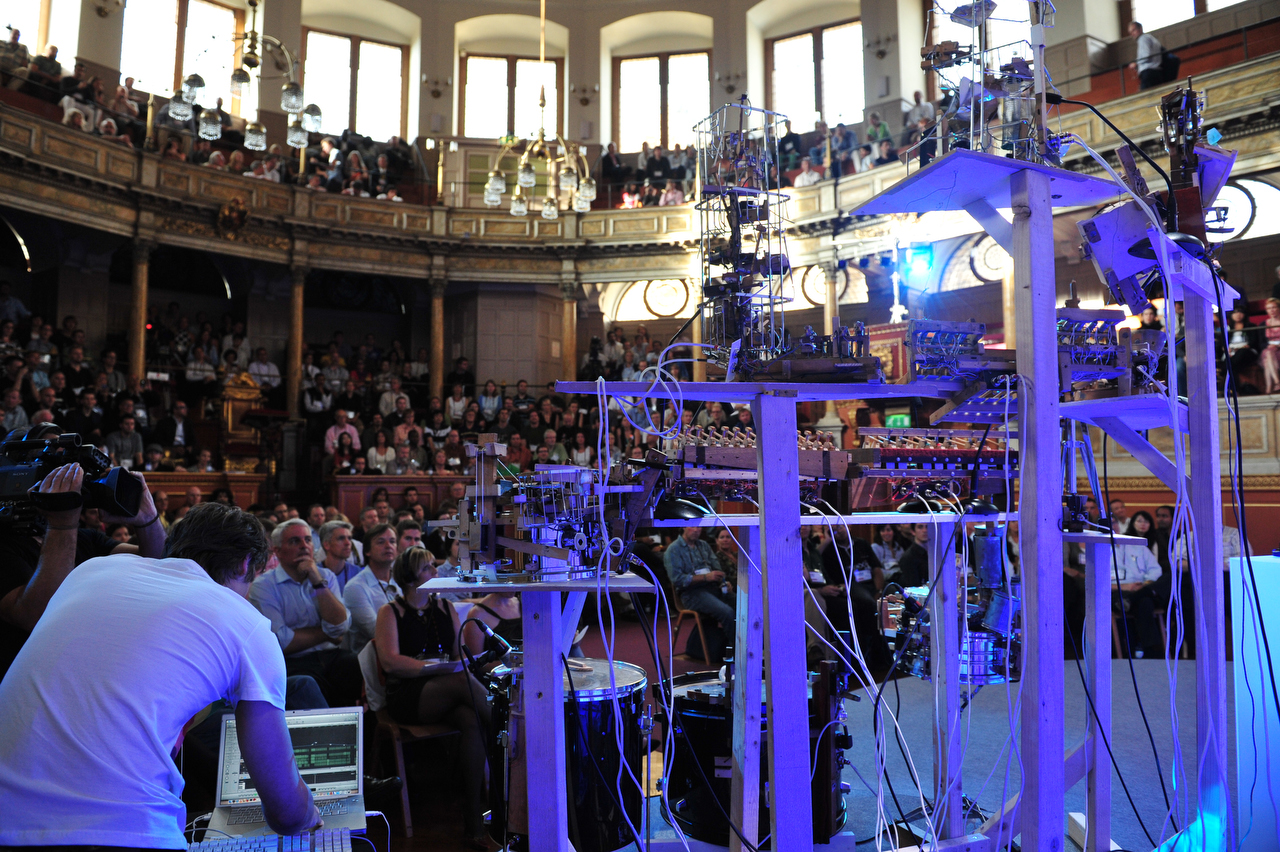 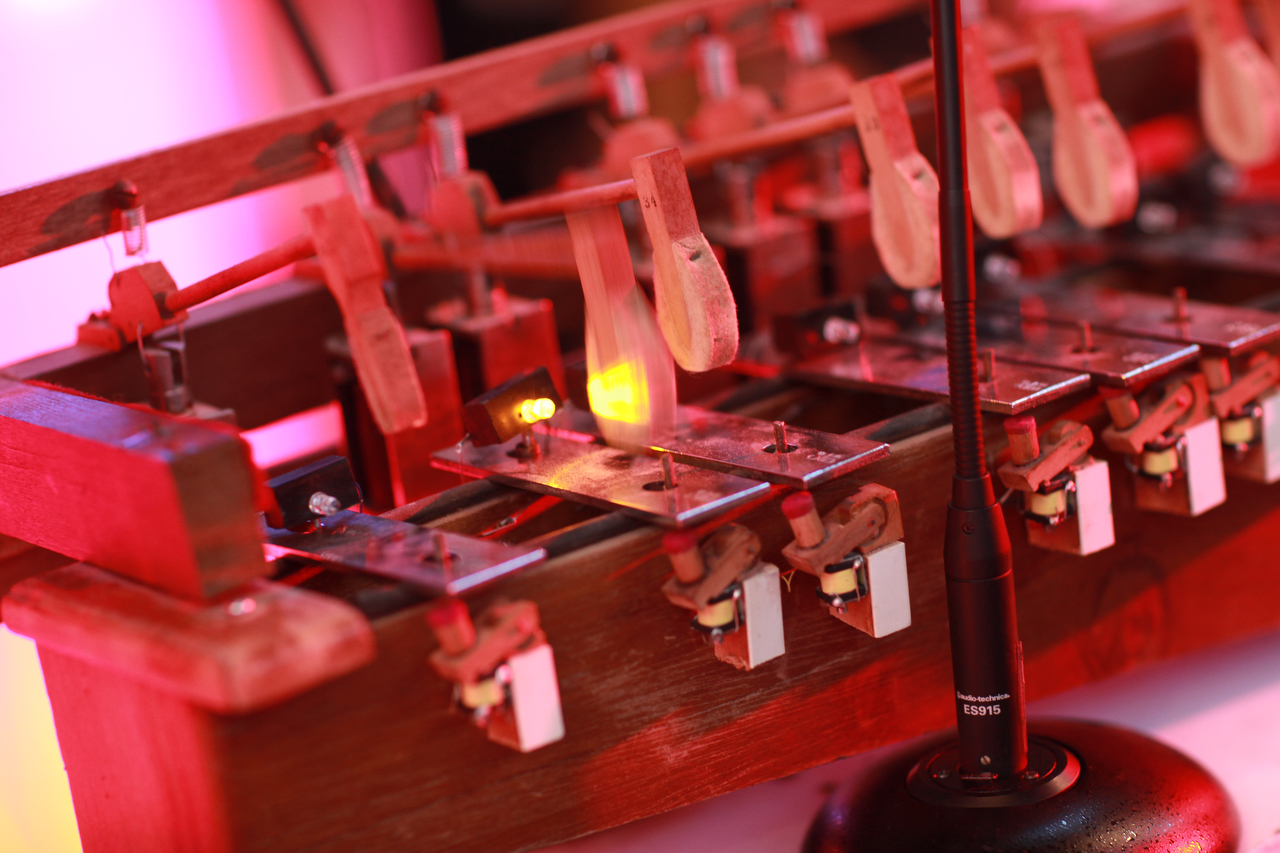 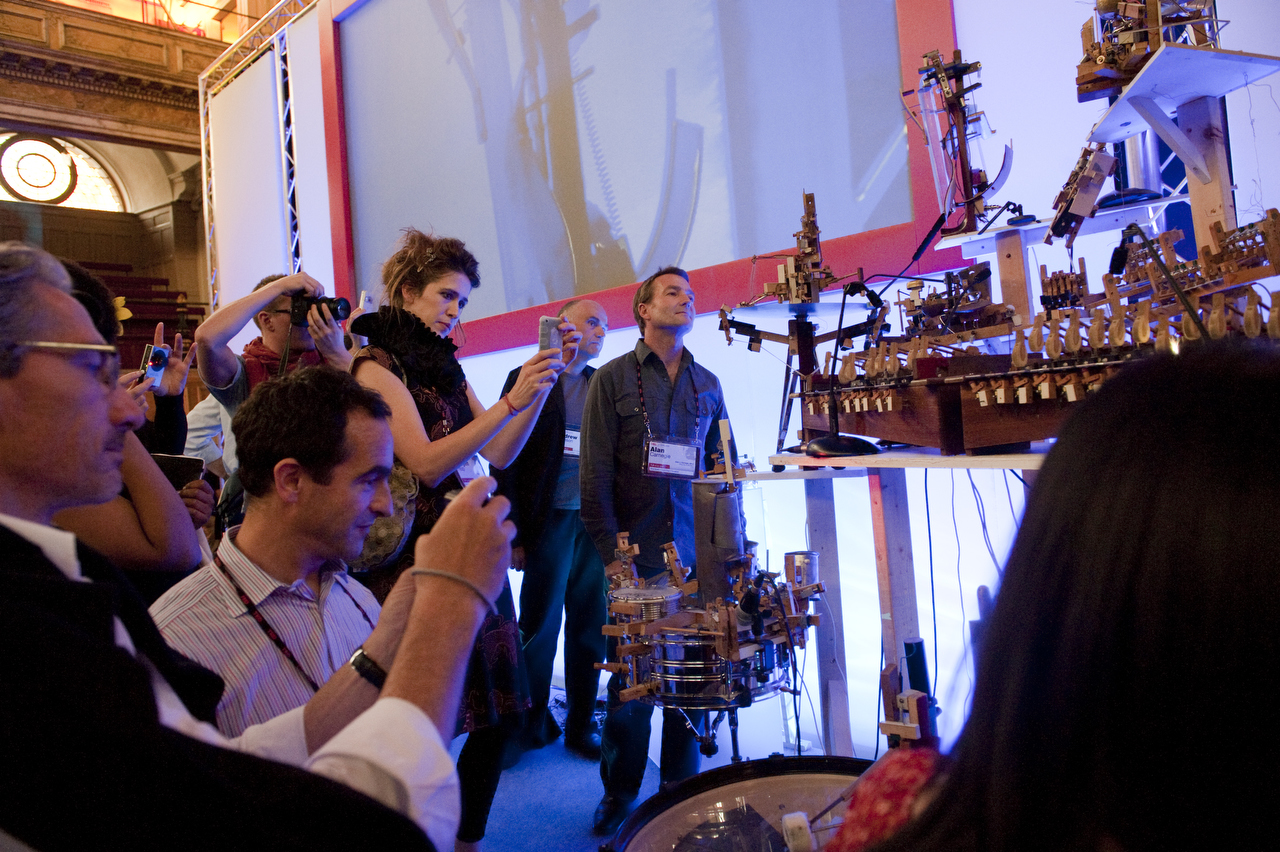 In the gallery above, Felix Thorn talks about his instrument, Felix’s Machines — a bank of analog and mechanical instruments wired to two Mac laptops to play a haunting music. It sounds like the singing voice of a lonely robot.

Thursday night’s early-evening session at the Sheldonian Theatre, an ancient and storied venue (as we wired-up Americans scurried to set up the show, a local staffer was heard to say, “It’s been standing since 1669 and they want to know the password to the bleedin’ wi-fi”), packed a punch, featuring a performance from Felix’s Machines and talks from photographer James Balog on extreme ice loss, John Lloyd (the producer of QI) on understanding the invisible, and a tour-de-force from novelist Chimamanda Ngozi Adichie on the stories we tell about ourselves and others.

Watch the TED Talks filmed during this session:

Chimamanda Ngozi Adichie: The danger of a single story

… and we even turned John Lloyd’s TED Talk into an animated TED-Ed lesson.