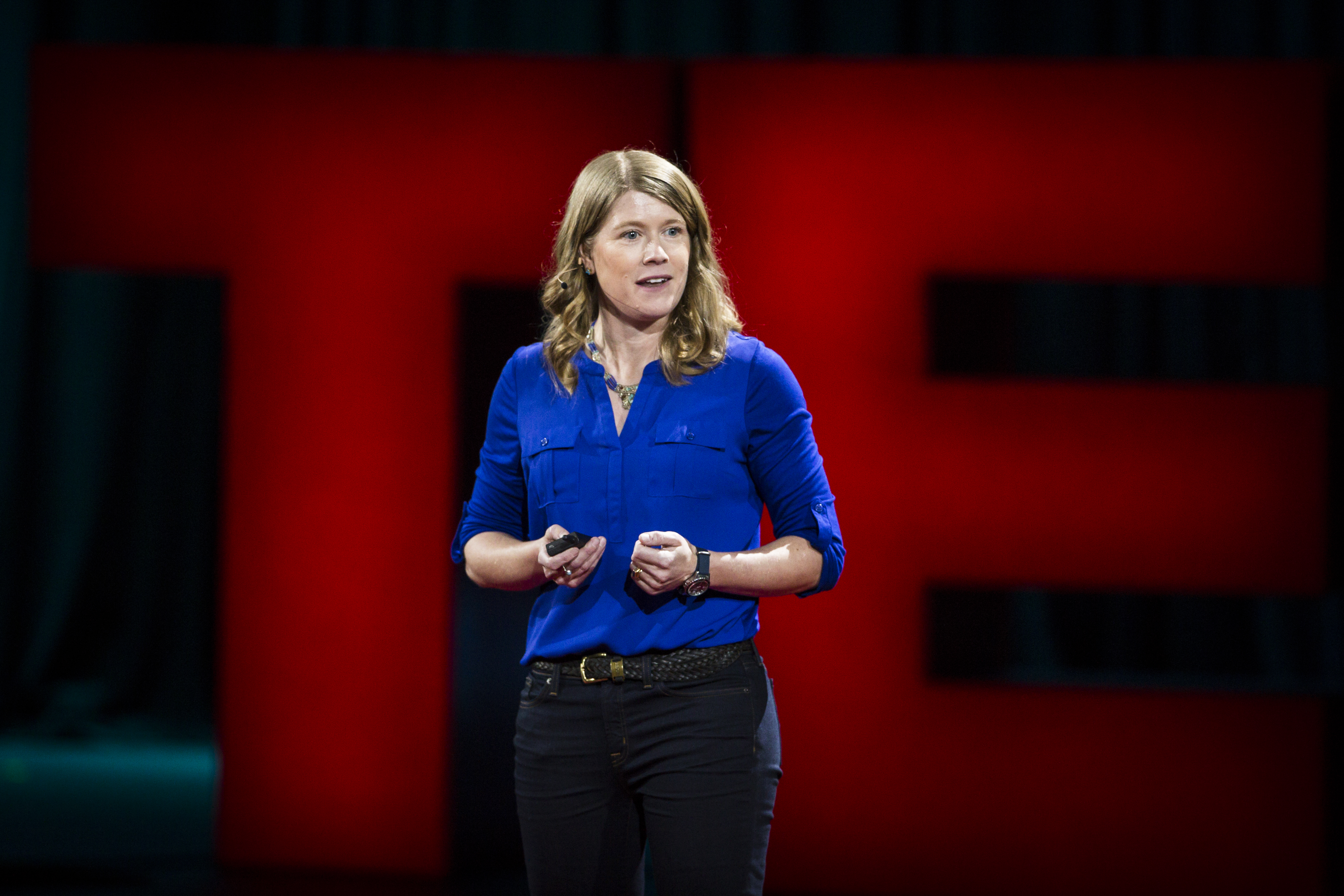 Sarah Parcak is the winner of the 2016 TED Prize. Her wish: to allow anyone to be a space archaeologist on their coffee break. Photo: Marla Aufmuth / TED

Sarah Parcak is a space archaeologist, and has located multiple lost ancient sites. Still, she says, it’s easy to pick her greatest discovery: her husband, Greg Mumford, who she met on her very first dig in Egypt. He was her first lesson in “finding unexpected wonderful things,” she says, and a second lesson followed quickly. On that same trip, she found an intact pot as her team dug in cemetery dating back 4,200 years. When she turned the pot over, she noticed an ancient human thumbprint.

“For a moment, time stood still,” she said. “At that moment, I realized that when we dig, we are digging for people — not things.”

Ancient cultures aren’t that different from us, says Parcak. People told mother-in-law jokes in Mesopotamia, and have been posting cats on walls since ancient Egypt. Parcak sees herself and her fellow archaeologists not as adventurers looking for objects, but as spokespeople for the people and cultures who came before. “The most important thing that we do as archaeologists is acknowledge that past people existed and lived lives worth knowing,” she says. “It is not the pyramids that stand the test of time, it is human ingenuity. That is our shared global heritage.”

Sarah Parcak is a space archaeologist. (Not to mention a TED Fellow and National Geographic Explorer.) She and her team process satellite images, using special techniques and algorithms in order to see chemical changes on the ground that signal manmade objects, hidden from view.

“I believe there are millions of archaeological sites left to find,” she says.

But sites are in danger. ISIL has destroyed the city of Palmyra, and there’s also widespread looting of ancient sites across the Middle East. In analyzing satellite data captured across Egypt between 2002 and 2013, her team found a quarter of a million “looting pits” where tomb raiders had dug up earth and stolen unidentified objects out of the ground. “If nothing changes, all of Egypt’s sites will be affected by looting by 2040,” says Parcak.

It’s not too late to save our shared cultural heritage, she says. Parcak describes a site in Egypt where her team had identified 1,000 looting pits from the air. When they went in to excavate on the ground, she assumed that looters had taken everything already. “But the past can surprise you with its resilience,” she says. In an already dug-up tomb, her team began to find painted fragments, and hieroglyphics that noted the tomb owner’s government titles.

“Then, one morning, completely unexpectedly, we found this: Intef, the name of the tomb owner,” says Parcak. “This was the most incredible moment of my career.” Ancient Egyptians dreamed of having their name last for eternity, she says. “We had restored someone’s name from 3900 years ago.”

Every year, the $1 million TED Prize is given to a big idea with the potential to spark global change. Parcak gets ready to share her “wish” for the world:

“I wish for us to discover the millions of unknown archaeological sites across the globe. By creating a 21st century army of global explorers, we’ll find and protect the world’s hidden heritage, which contains humankind’s collective resilience and creativity.”

The hardest part of Parcak’s work isn’t the processing — it’s the time it takes to search vast areas to find new sites. Her vision: to build a citizen science platform that will allow anyone, anywhere, to join in the search. Users will log on, and get a tutorial on how to spot the shapes and patterns that might signal an unknown archaeological site or potential looting pit. “We’ll be treating sites like human patient data and not revealing GPS points or showing you where your image is on a map,” says Parcak. “The data will only be shared with vetted authorities to create a global alarm system to help protect sites around the world.”

Using the power of the crowd, this platform — which Parcak is calling GlobalXplorer — could speed up the process of archaeological discovery exponentially. “We will find the millions of places occupied by the billions of people who came before us,” she says. “A hundred years ago archaeology was for the rich, 50 years ago it was mainly for men, now it is primarily for academics. Our goal is to democratize the process of archeological discovery and allow anyone to participate.”

She stops for a moment. “If we want to learn about our past, it’s time we inverted the pyramids.”

.
GlobalXplorer.org, the platform that allows anyone to hunt for ancient sites, launched on January 30, 2017. DigitalGlobe provided the satellite imagery, and National Geographic Society contributed rich content and exploration support. You’ll provide the data.