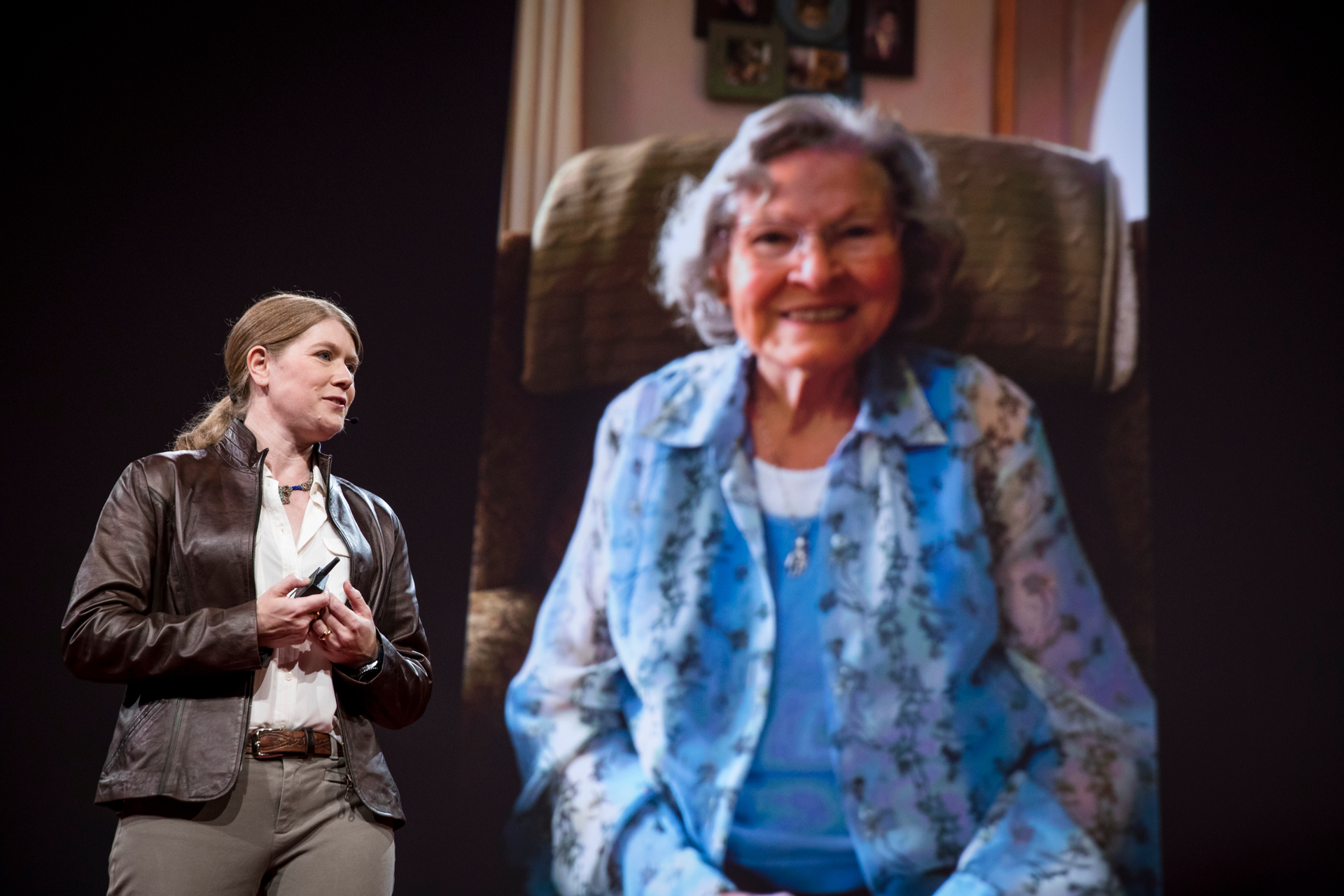 As Sarah Parcak describes the results of GlobalXplorer so far, she projects an image of site superuser Doris Mae Jones, one of the 10 people who’s reached the level of “Space Archaeologist” so far. Photo: Bret Hartman / TED

A year ago, Sarah Parcak revealed her TED Prize wish: a citizen science platform for archaeology to let people around the world help find and protect ancient sites. Yesterday night, she returned to the TED stage to share what’s happened since. After a year of work with partners National Geographic and DigitalGlobe, GlobalXplorer launched in late January with a campaign to search the highlands and coastal lowlands of Peru. What the crowd has found so far is amazing. Parcak says they’ve identified more than 29,000 sites and features. Many of these may already be known by archaeologists or locals, but many may well be “significant finds,” says Parcak. Archaeologists will be heading out to explore potential sites in the coming months.

Working together, GlobalXplorer users have searched nearly 11 million satellite images in Expedition Peru. As users search, they move up in rank — and already, 10 people have reached the top tier of “Space Archaeologist,” with 50,000 images studied. Below, introductions to three of these superusers who Parcak jokes, “may put me out of business.”

Doris Mae Jones, 90, lives in Cleveland, Ohio, and knew she wanted to get involved with GlobalXplorer when she saw Sarah Parcak The Late Show with Stephen Colbert. Jones worked as an editor at a printing firm, but found herself fascinated by geology midway through her career. “I learned of a ‘fossil bed’ for sale, bought it and started digging as a hobby,” she said. “I started going to shows and giving fossils to museums, libraries, universities, schools, family, friends, neighbors, strangers, rock clubs — about anyone whom asked. I consider myself an almost-paleontologist. Archaeology and paleontology have a lot in common.”

Jones searches GlobalXplorer in the evenings from her comfy chair with “a cat or two in my lap.” She searches to be productive and exercise her mind. “I don’t drive anymore. I do puzzles and read, but need more things to do from home,” she said. “Looking at the tiles is like looking for fossils. It jogs my brain a little. I find the time goes very fast.”

Adam Lee Heidecke, 35, has followed Sarah Parcak’s work since she spoke at TED2012. “My father is a land surveyor who used aerial imagery for projects. I was exposed to the technology from a young age,” he said, “and recently, I started work in the field of cultural heritage preservation.”

When GlobalXplorer launched, Heidecke happened to be in the middle of a move. “I was driving across the USA, from Washington to Florida, so I joined GlobalXplorer two weeks into the mission,” he said. “I’d look at as many tiles as I could take until my eyes were worn out.” He says it’s been “thrilling” to see tiles where there appears to be signs of buried architecture, without modern development or evidence of looting nearby. “There are so many untouched sites that could hold promising clues to the daily lives of ancient peoples,” he said. “With the power of crowdsourcing, we can more rapidly identify them.”

A glass fitter who’s getting through hard times

Carina “Kajsa” Strömberg, 53, runs a glass-fitting business with her husband in Veddige, Sweden. She discovered GlobalXplorer on Twitter, and says it’s helped her through the hardest time of her life. “It has helped me stay sane during a disaster, a catastrophe — my 20-month-young granddaughter got leukemia and died,” she said. “I have spent hours and hours looking at Peru from above, and it has helped me through a lot of sleepless nights.”

Strömberg says her interest in archaeology started when she was young and had the opportunity to visit cities like Rome, Athens and Cairo. In recent years, she’s begun studying archaeology through a program at the University of Glasgow. “I’m on a study break because of my loss, so have a lot of time to look at tiles,” she said. “This kind of discovery has really helped.” While she’s liked exploring Peru, she has an idea for where the platform should head next. “I have a passion for Indonesia,” she said.