Assembled by our tech curator Alex Moura, six exhibits around the theater explore the hands-on, playful and human side of tech. Every exhibit is in some way touchable, relatable — not a piece of shiny gear in a plexiglas box but instead something to step into and be part of and play with. Meet our Tech Playground: 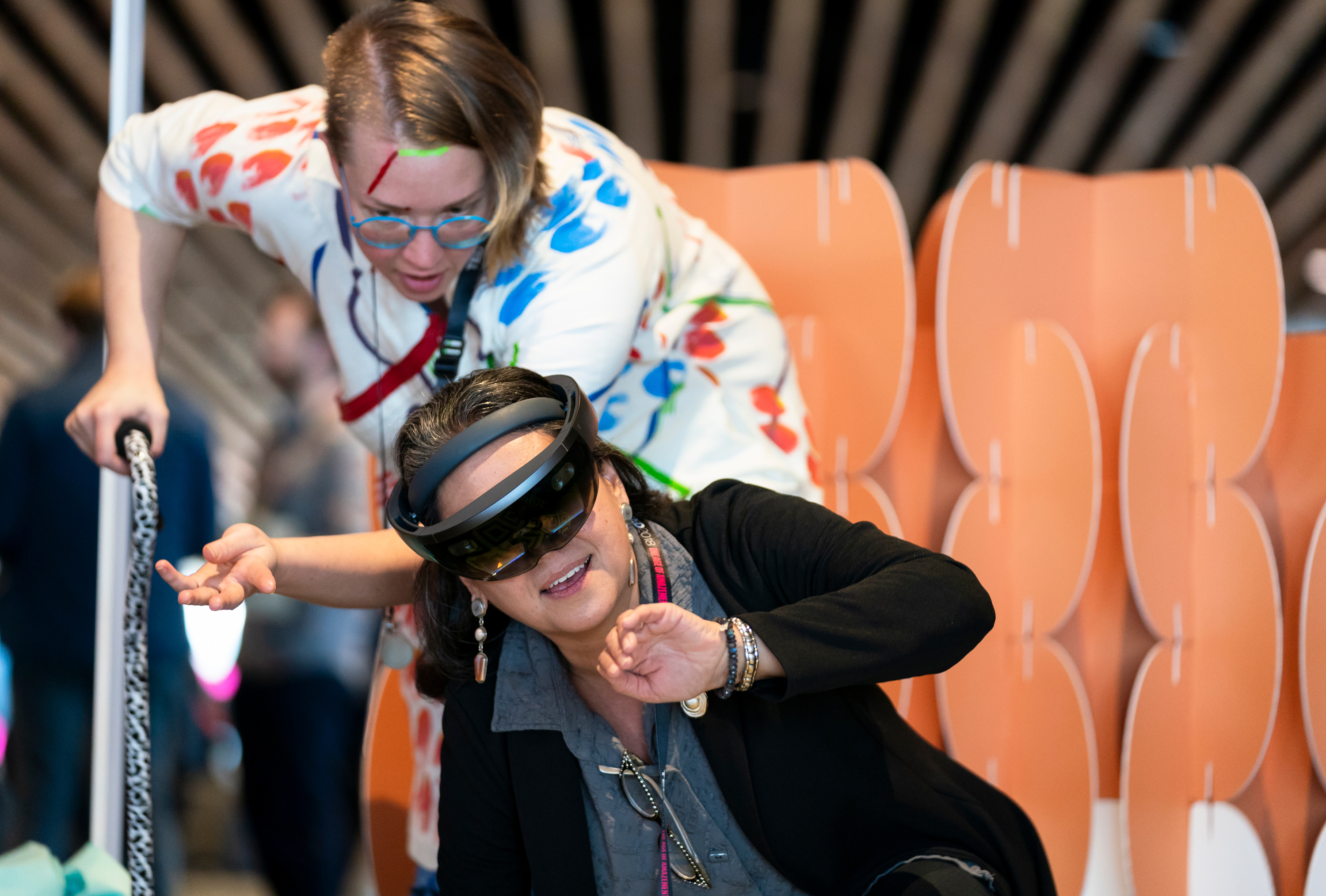 What are Victoria and M doing here? Well, if you could see what Victoria sees, she is interacting with a piece of sculpture with height, depth and a space to crawl into. As sculptor M Eifler describes it: “Their act of looking will reveal the size and position of the sculpture to the rest of us.” Learn more about Invisible Sculpture. Photo: Jason Redmond / TED 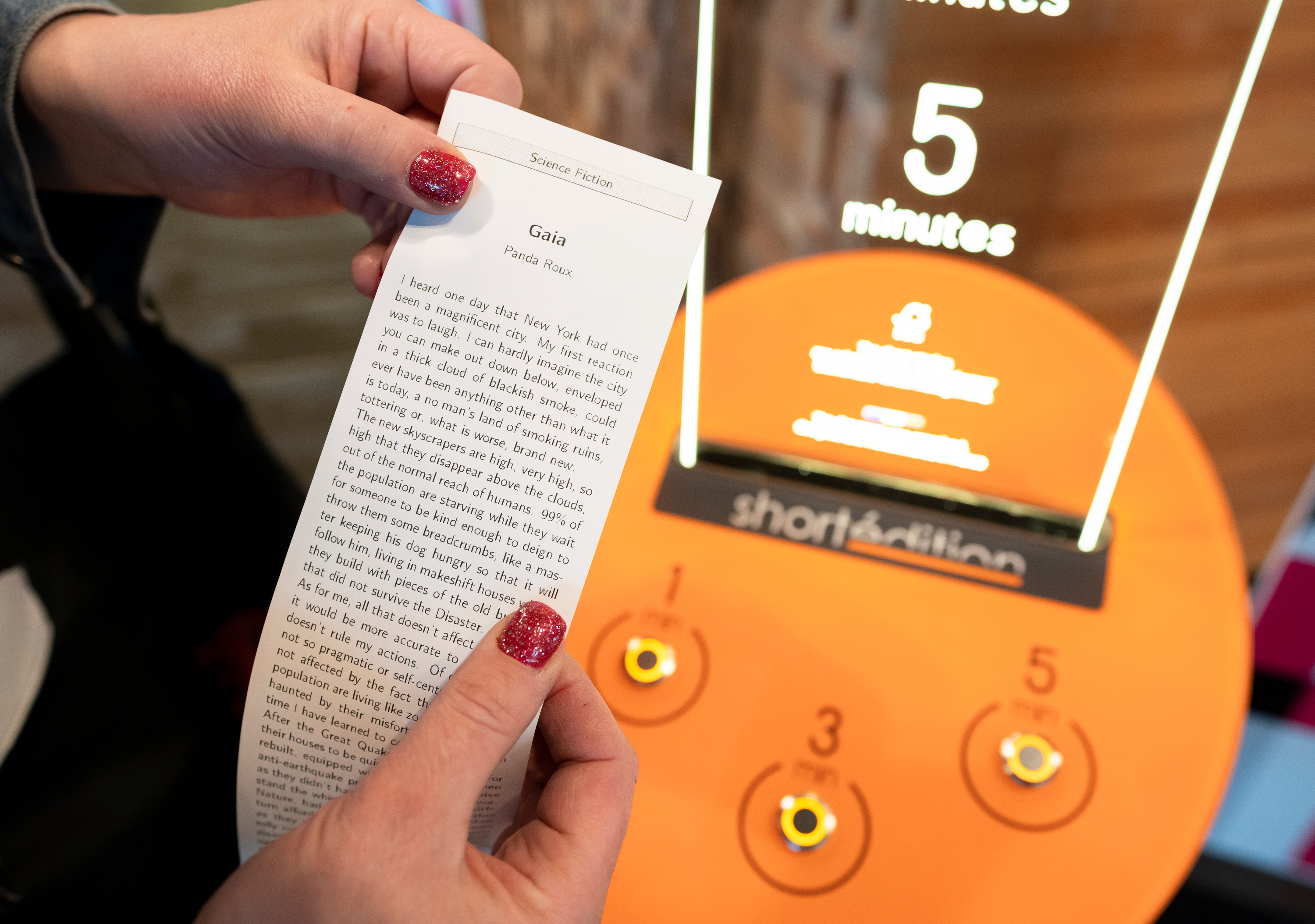 Have a minute for magic? How about 3 minutes, or 5? If you press one of these buttons, the Short Edition machine at TED2018 will print you a short story or a poem. It’s a small reminder to make and take art every day. Bonus: You can enter a short story contest this week, and maybe see your own short story in these printers as they roll out across North America this year. Photo: Jason Redmond / TED 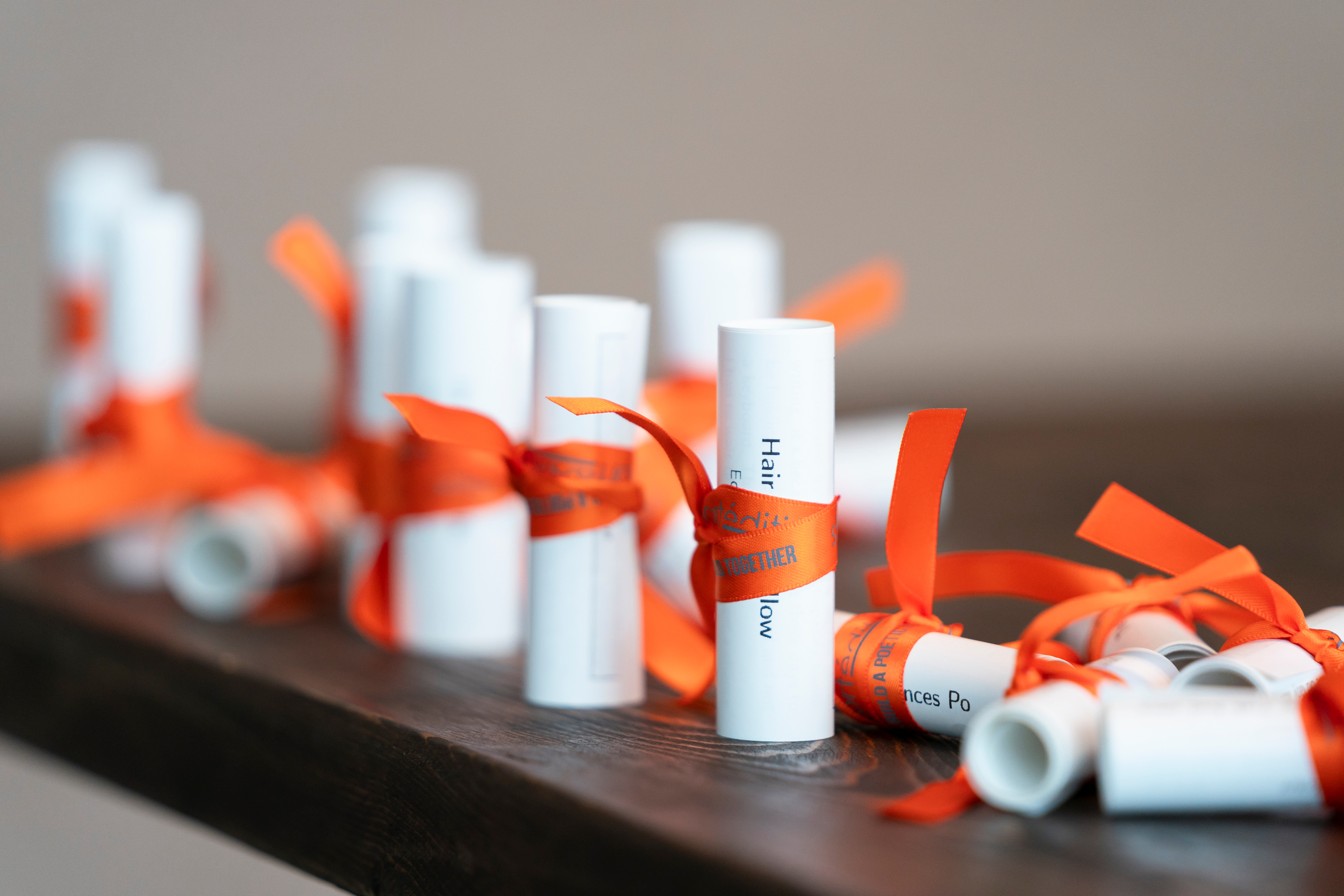 Each of these scrolls contains a short story to read and share. Photo: Jason Redmond / TED 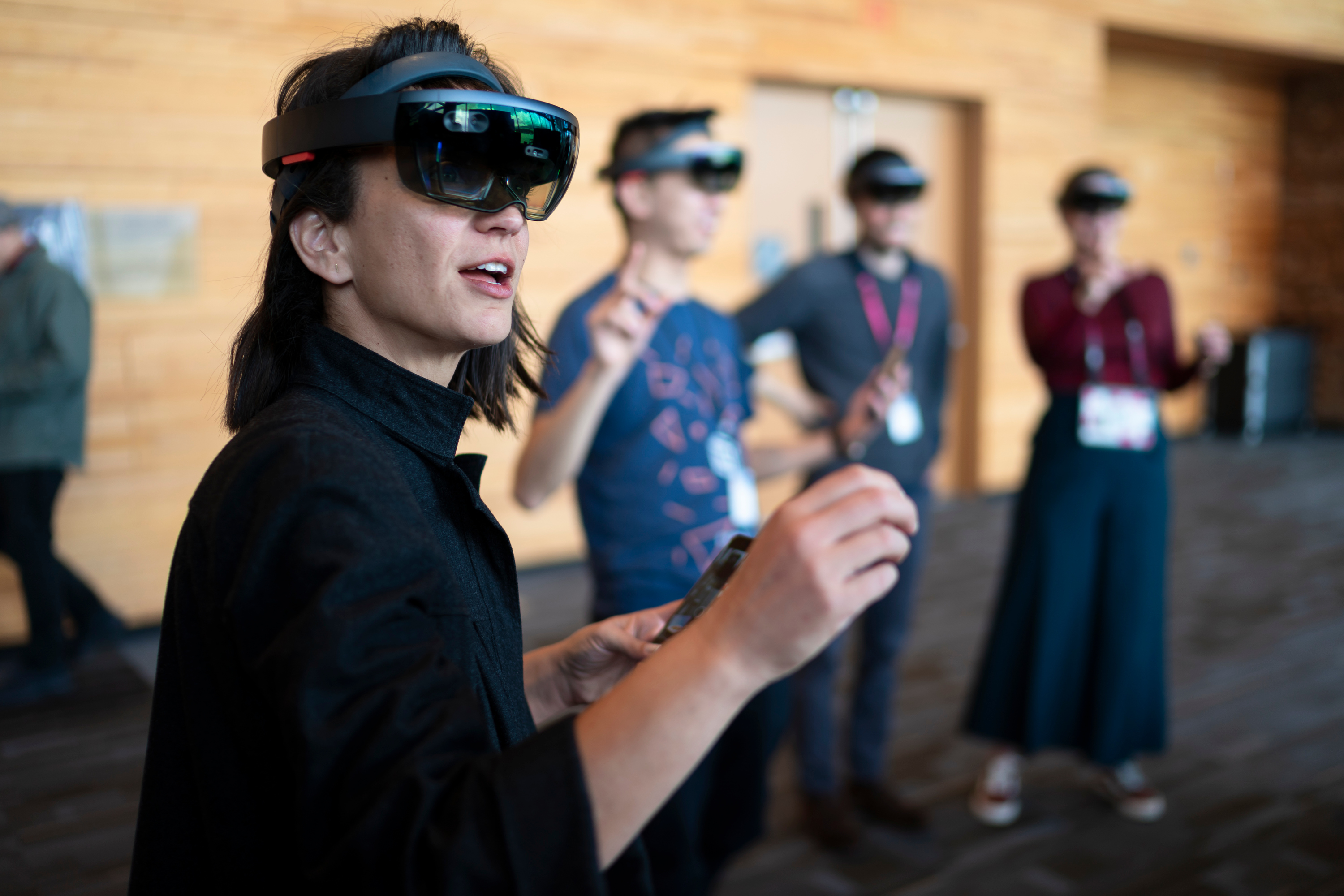 Spatial AR is a computing platform based on AR; imagine a 3D interface that turns your computer into a collaborative creative canvas. It’s being developed by interface gurus Jinha Lee and Anand Agarawala, whom you may know from their previous TED Talks about making smarter, better user interfaces. Photo: Lawrence Sumulong / TED 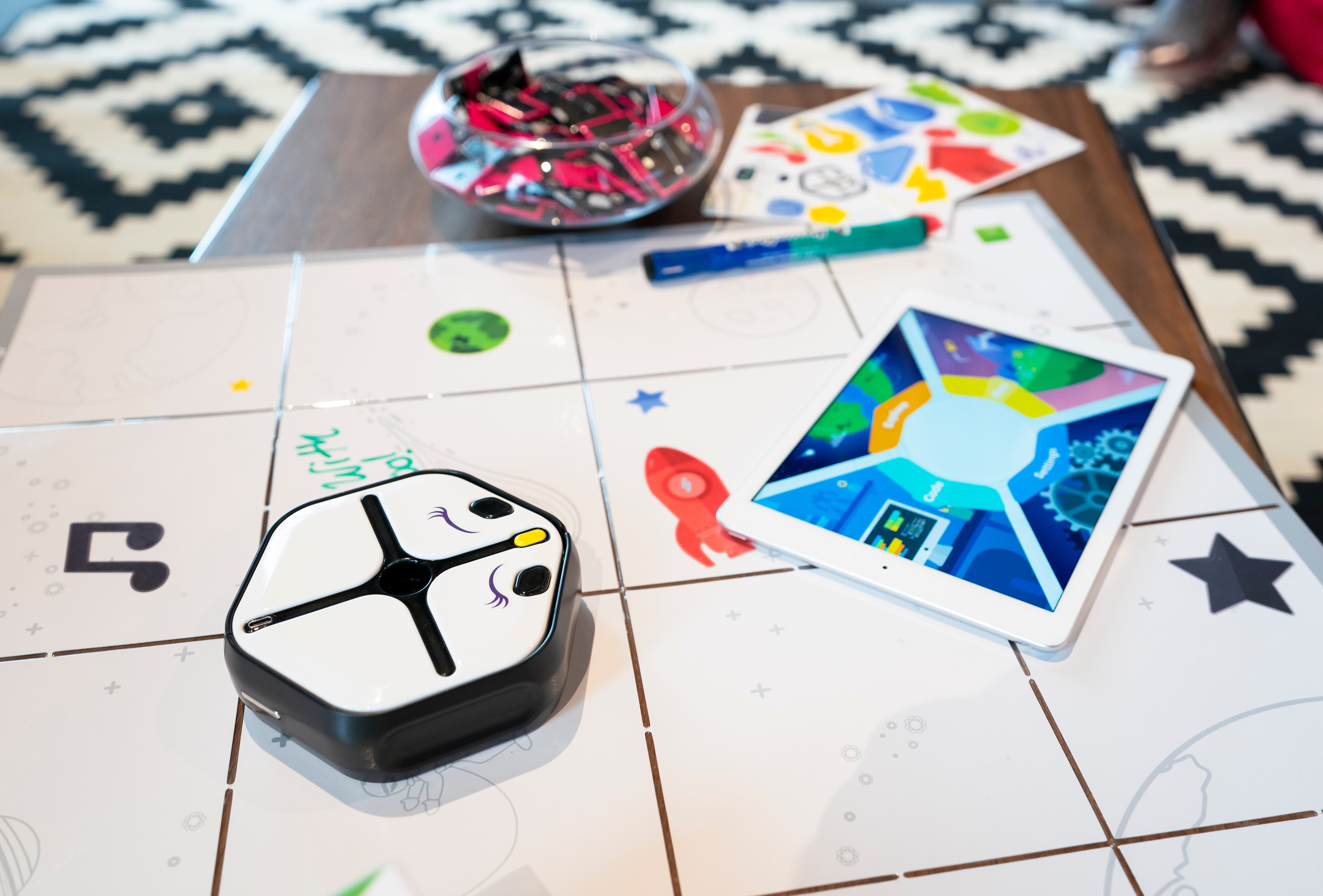 Root Robotics is on a mission to help people explore the amazing things you can do with your imagination and a little bit of code. Root’s app is designed for all ages, and uses music, art and adventure to teach coding in simple, colorful ways. Photo: Jason Redmond / TED 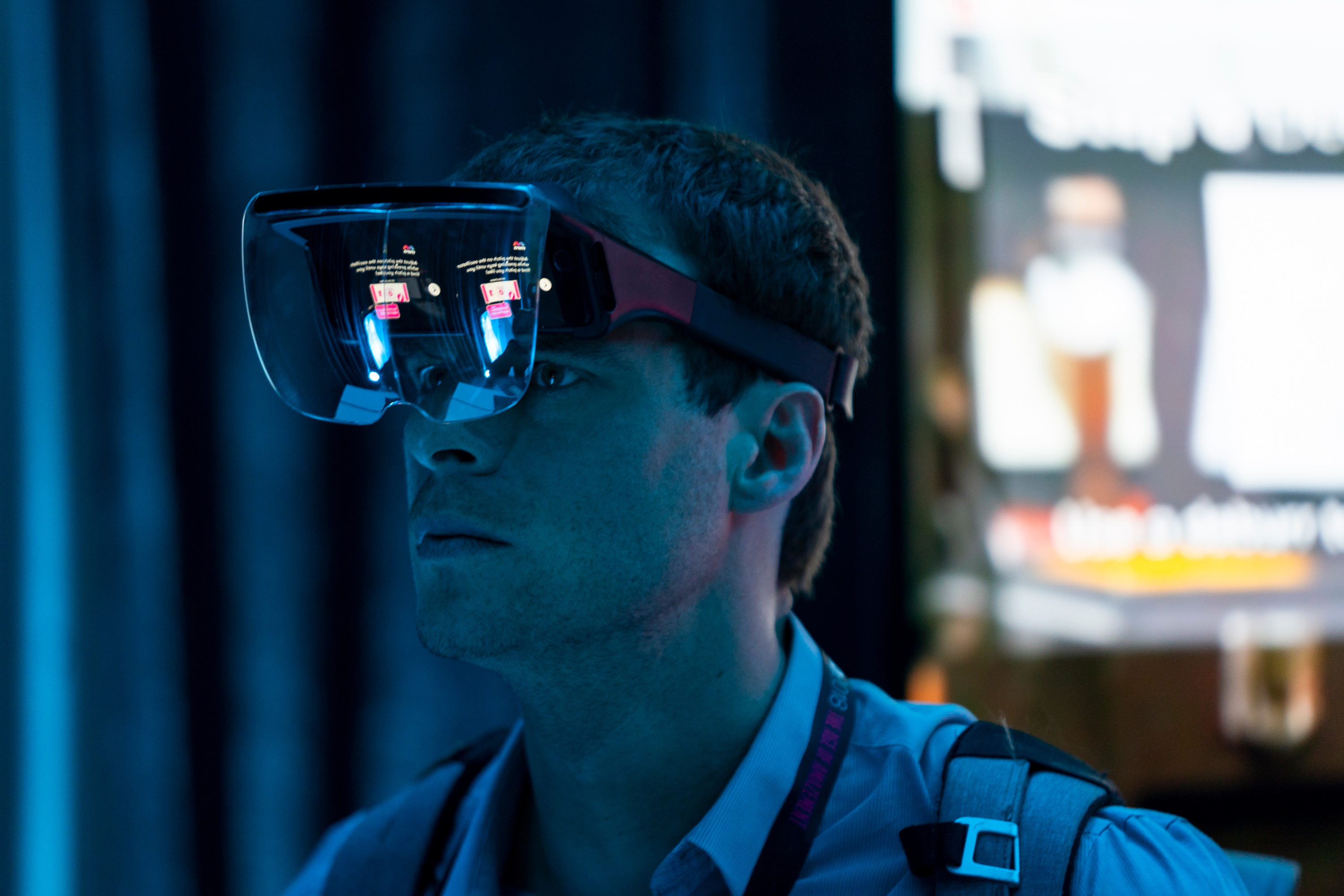 In the Mira Prism experience, attendees can collaborate to solve a series of challenges assisted by holographic work instructions, all powered by a smartphone and seen through the transparent lenses of the Mira Prism headset. Photo: Lawrence Sumulong / TED 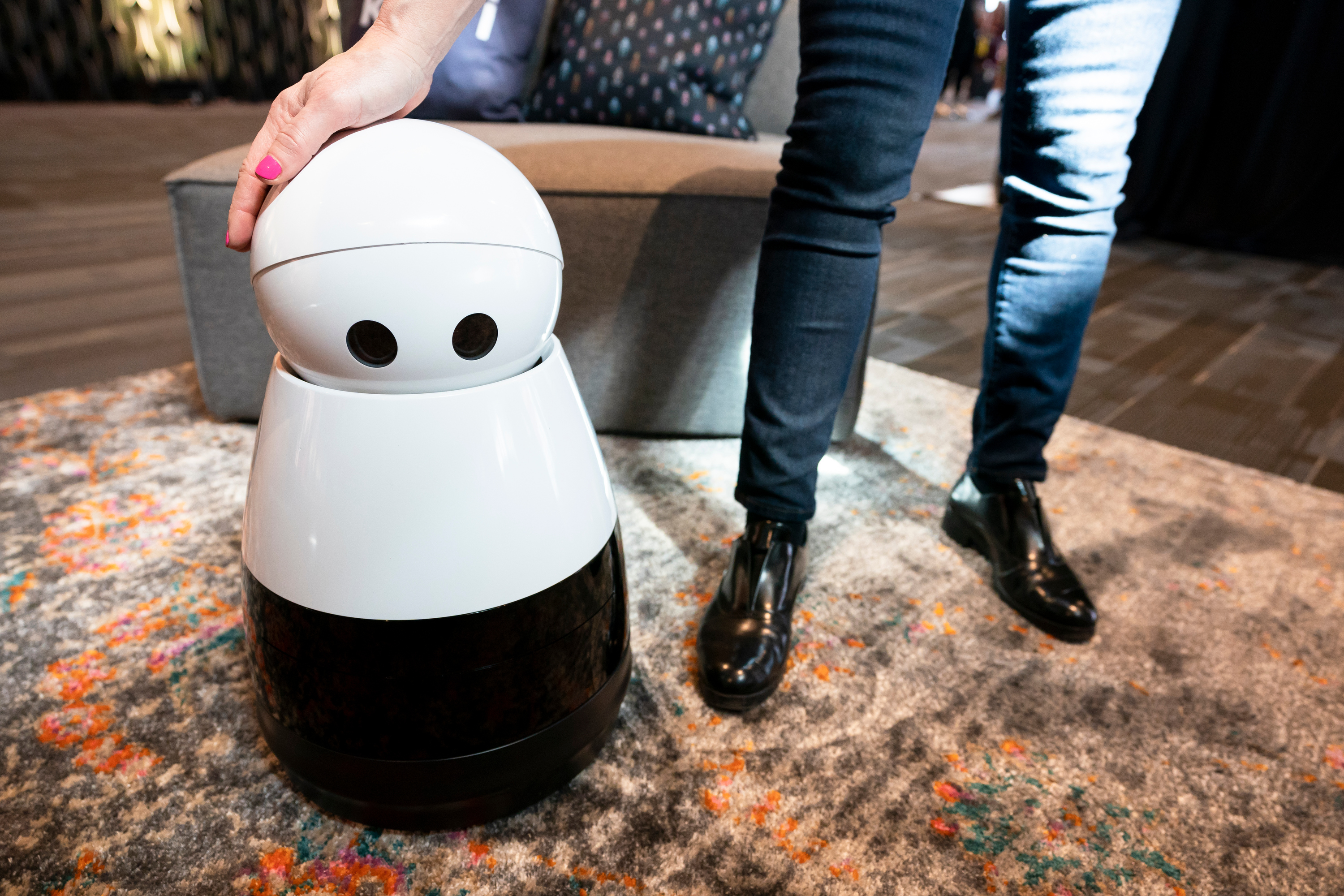 This is Kuri, the autonomous robot designed with personality, awareness, and mobility. Kuri’s job is to capture life’s little moments while learning the rhythm of your household. She can wake you up in time for work and greet you when you come home at night. Her expressive eyes and robot language add to her uniquely adorable personality. Photo: Jason Redmond / TED