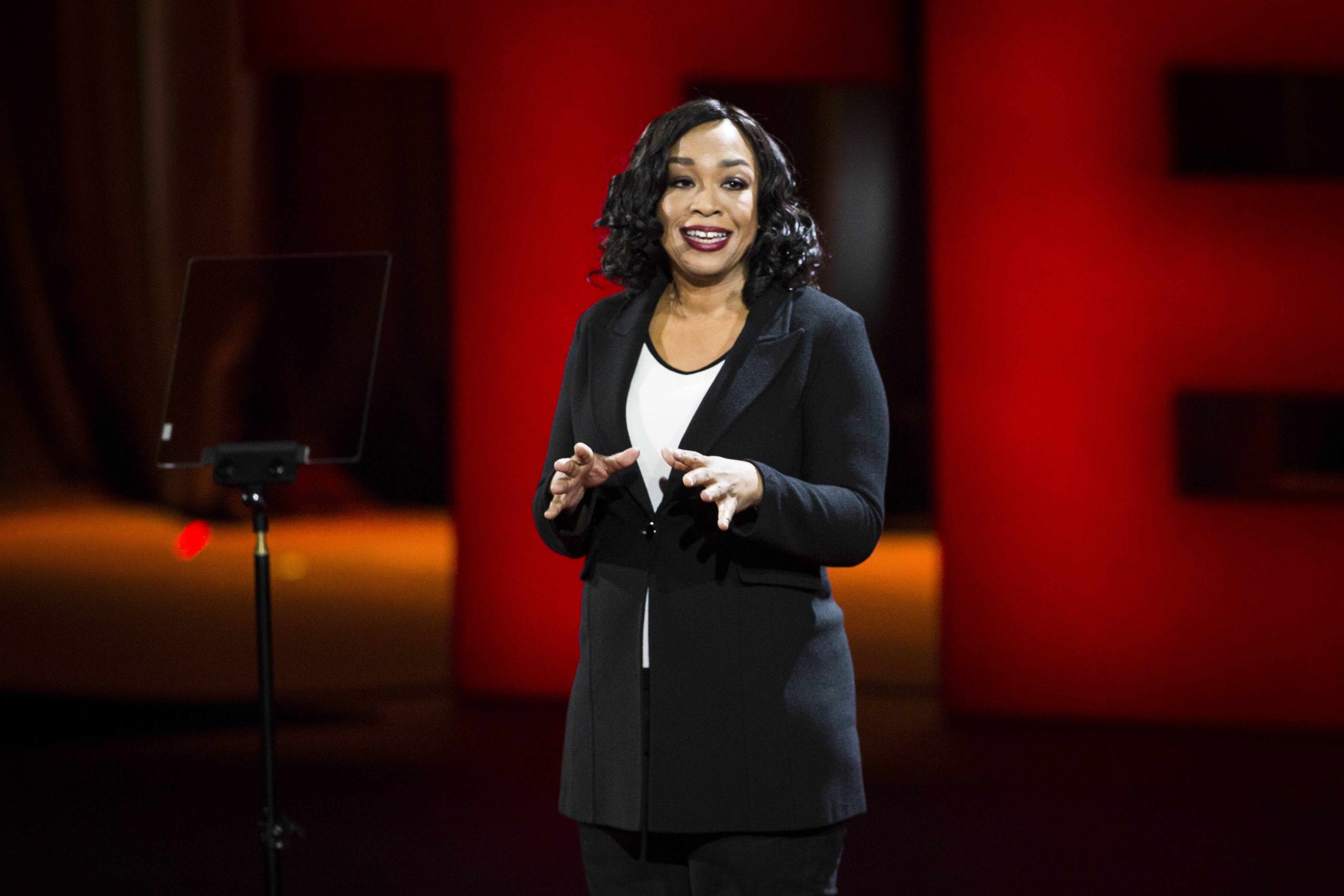 Shonda Rhimes, creator of TV shows like Grey’s Anatomy and Scandal, and author of the book, Year of Yes, speaks at TED2016 on February 15, 2016. Photo: Marla Aufmuth / TED

“A while ago, I tried an experiment,” says Shonda Rhimes, the “titan” behind Grey’s Anatomy, Scandal and How to Get Away With Murder. “For one year, I would say ‘yes’ to all the things that scared me. Anything that made me nervous or took me out of my comfort zone, I’d say ‘yes.'”

Public speaking? Yes. Acting? Yes. “A crazy thing happened — the very act of doing the thing that scared me undid the fear,” she says. “It’s amazing the power of one word. ‘Yes’ changed my life. ‘Yes’ changed me.”

She wants to talk about one particular ‘yes’ that made more difference than any other. “I made a vow that every time one of my children asked me to play, I was going to say ‘yes,'” she says. “Saying ‘yes’ to playing with my children likely saved my career.”

Rhimes is a television writer, something most people would consider a dream job. And to some extent, that’s true. “But I understand a dream job is not about dreaming — it’s all job, all work, all reality, all blood, all sweat, no tears,” she says.

Each show Rhimes works on costs millions of dollars, and creates hundreds of jobs that didn’t exist before. With three shows in production at a time, sometimes four, she’s responsible for 70 hours of TV a season at a price tag of about $350 million. She has to run the business and also carve out time to “gather America around my campfire and tell my stories.”

She isn’t complaining. “I work a lot. Too much — much too much. And I love it,” she says. “When I am hard at work, when I am deep in it, there is no other feeling.”

She has a name for this: the hum. “The hum sounds like an open road and I could drive it forever,” she says. “The hum is a drug, the hum is music, the hum is God’s whisper right in my ear.“

But it’s a trap. The more successful she becomes, she says, “the more balls in the air, the more eyes on me, the more history stares, the more expectations there are … the more I work to be successful, the more I need to work.”

Until Rhimes found herself wondering: “Am I anything besides the hum?” Her hum was broken; all she heard was silence.

Enter one of her daughters, who one day asked Rhimes to play as she was walking out the door. She stopped. And said ‘yes.’ “There was nothing special about it. We play. We are joined by her sisters. There is a lot of laughing, and dancing and singing. I give a dramatic reading from Everybody Poops. Nothing out of the ordinary, and yet it is extraordinary.” She felt focused, still — good. “Something in me loosens and a door in my brain swings open,” she says. “A hum creeps back.”

She realized something: “The work hum,” she says, “is just a replacement.” She had to face the hardest of facts about herself: that she, in some ways, liked being at work more than being at home. That she was more comfortable working than playing. But that only in playing did she find that hum again.

Since then, Rhimes has made a steadfast rule of saying ‘yes’ to playing with her kids. “It’s the law, so I don’t have any choice,” she says. “I’m not good at playing. … I itch for my cell phone, always. But it is okay. My tiny humans show me how to live. The hum of the universe fills me up.”

Her point is a simple one, yet one we always need reminding of: “Work doesn’t work without play.” Whether it’s playing with kids, seeing friends, reading books or staring out into space, it is actually important for each of us to take time for the simple joys that make life worthwhile.